The jubilation of the draw in Barcelona which sealed qualification for the last 16 of the Champions League was disappearing in a damp squib of a performance against dogged Burnley. 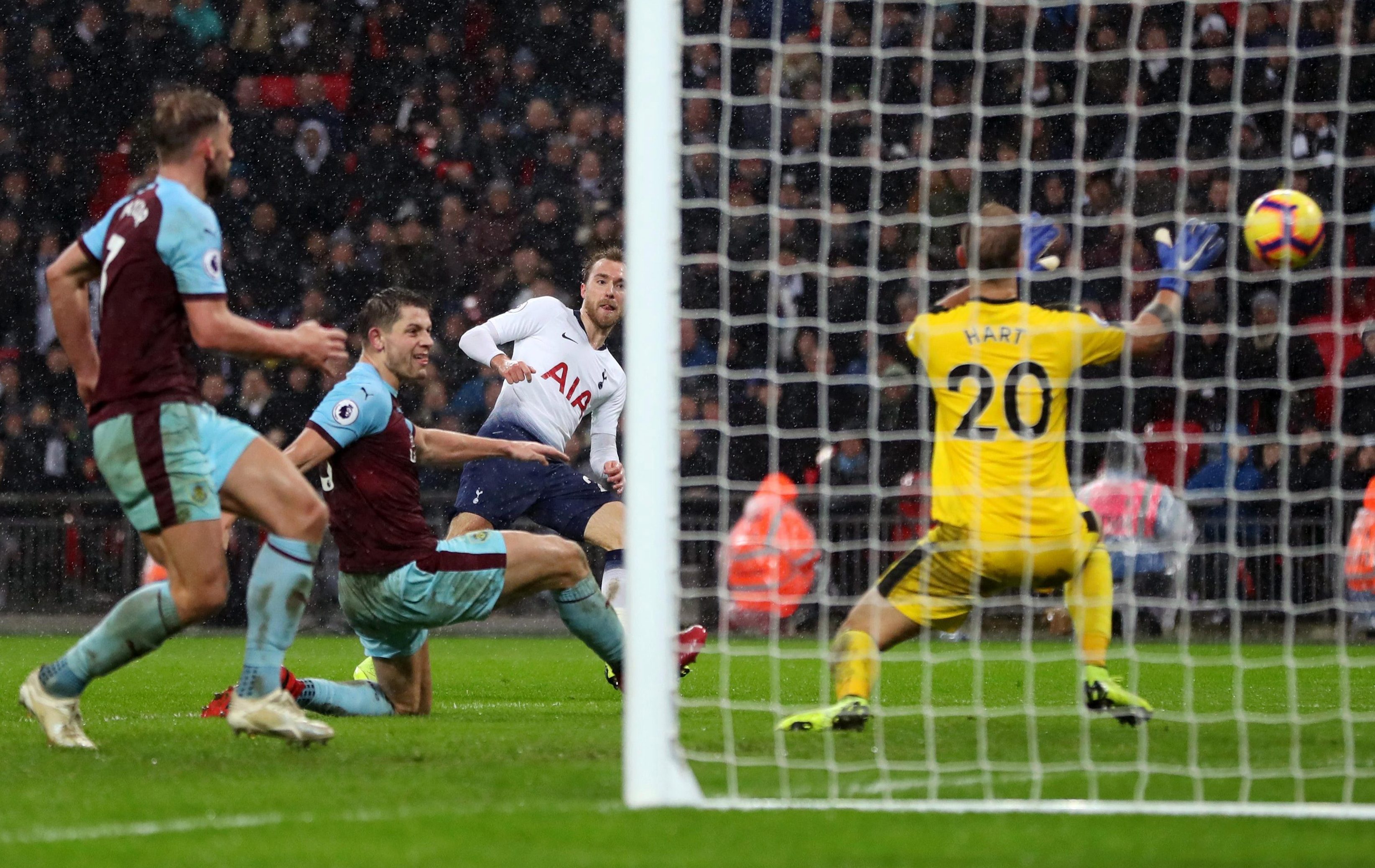 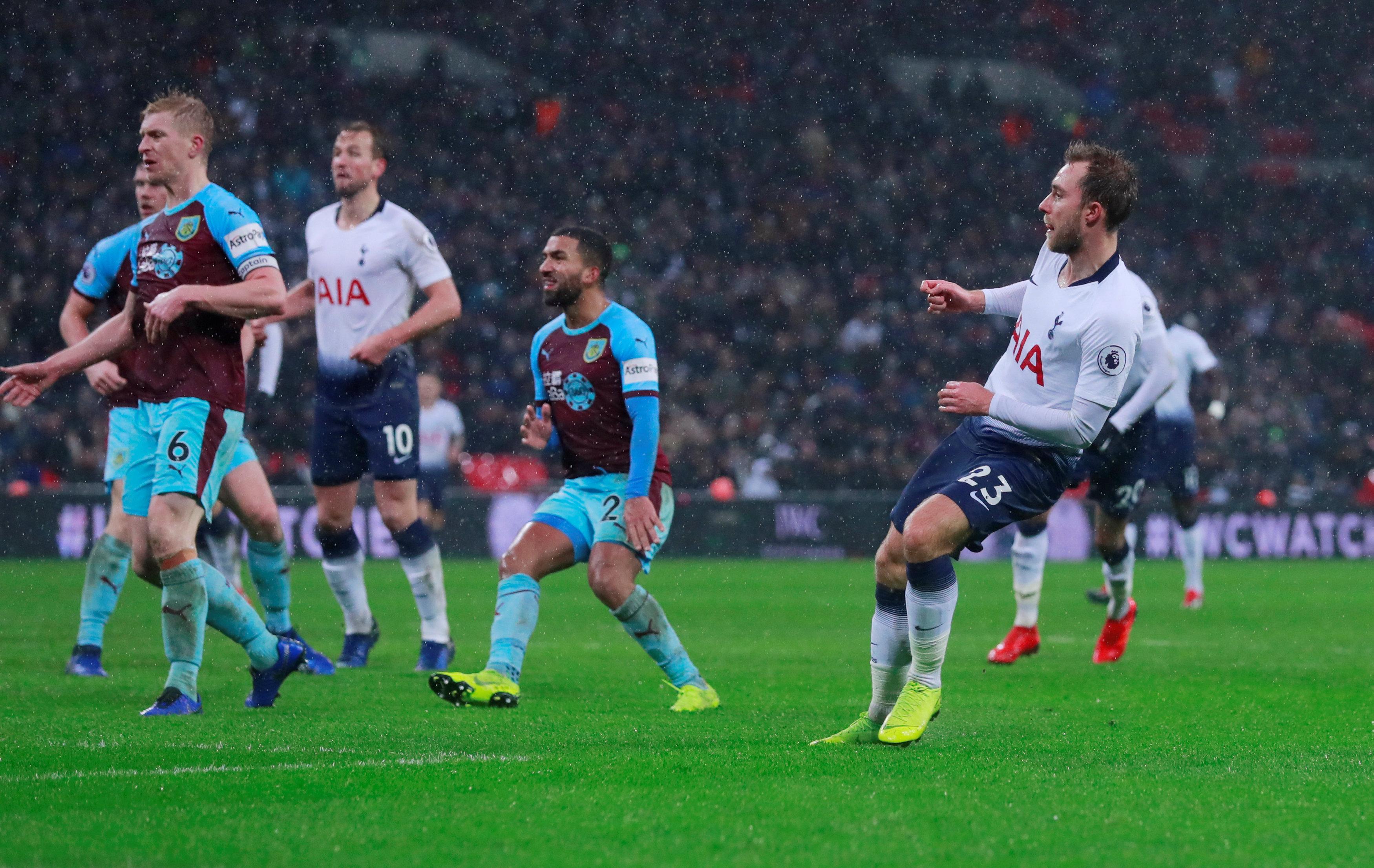 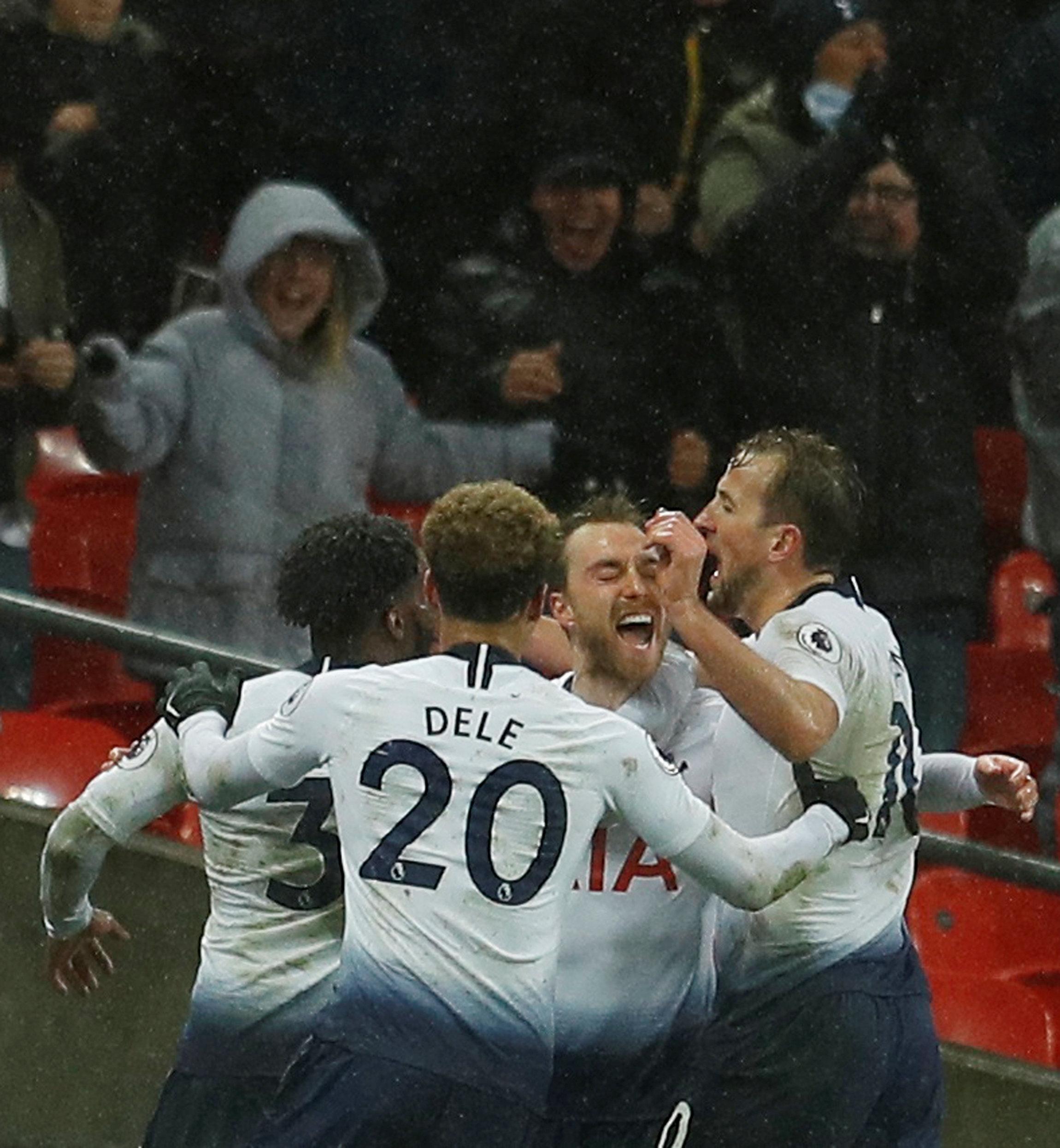 Erik Lamela, Son Heung-Min and Dele Alli had all missed late chances to snatch a winner.

But second-half substitute Eriksen came up with the good again to keep Spurs on the tails of Liverpool and Manchester City.

Until the late winner, the only plus point for the home team looked like being a decent first start in the senior team for Oliver Skipp, 18, who played in defensive midfield as Mauricio Pochettino shuffled his team to make up for FOUR centre backs being out with injury.

Lucas Moura and Lamela failed to convert decent opportunities in the first half , the latter when Joe Hart made a good smothering save. 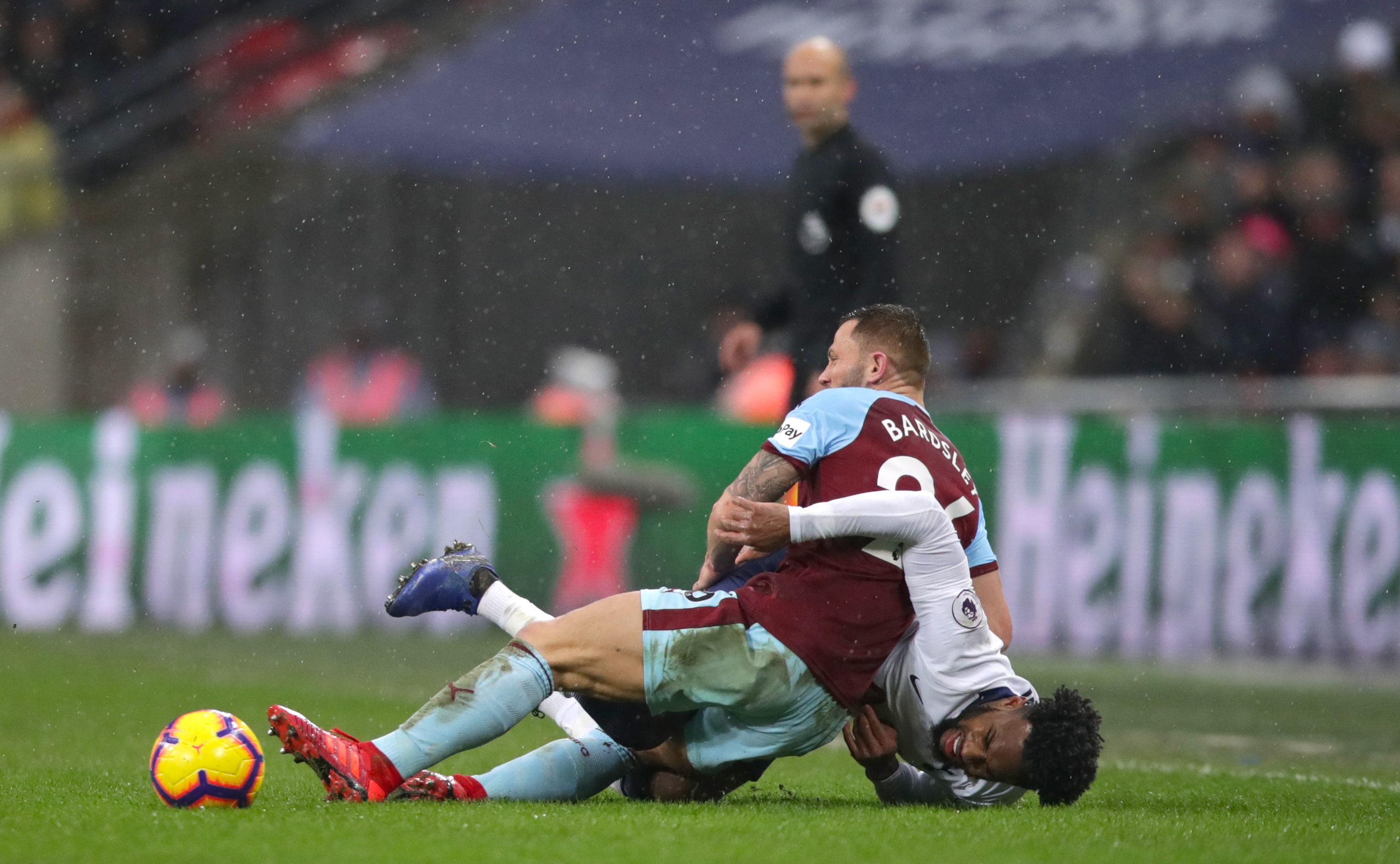 Harry Kane had a good shout for a penalty turned down as Burnley frustrated the home team with their compact shape and commitment.

Ashley Barnes thought he had given the visitors a shock lead just after the break, only for a combination of Toby Alderweireld and Kane to block his acrobatic effort.

From then on, Spurs enjoyed most of the possession and territory yet found it hard to create clear-cut chances.

Pochettino sent on Christian Eriksen with 25 minutes left but the chances were falling to others. 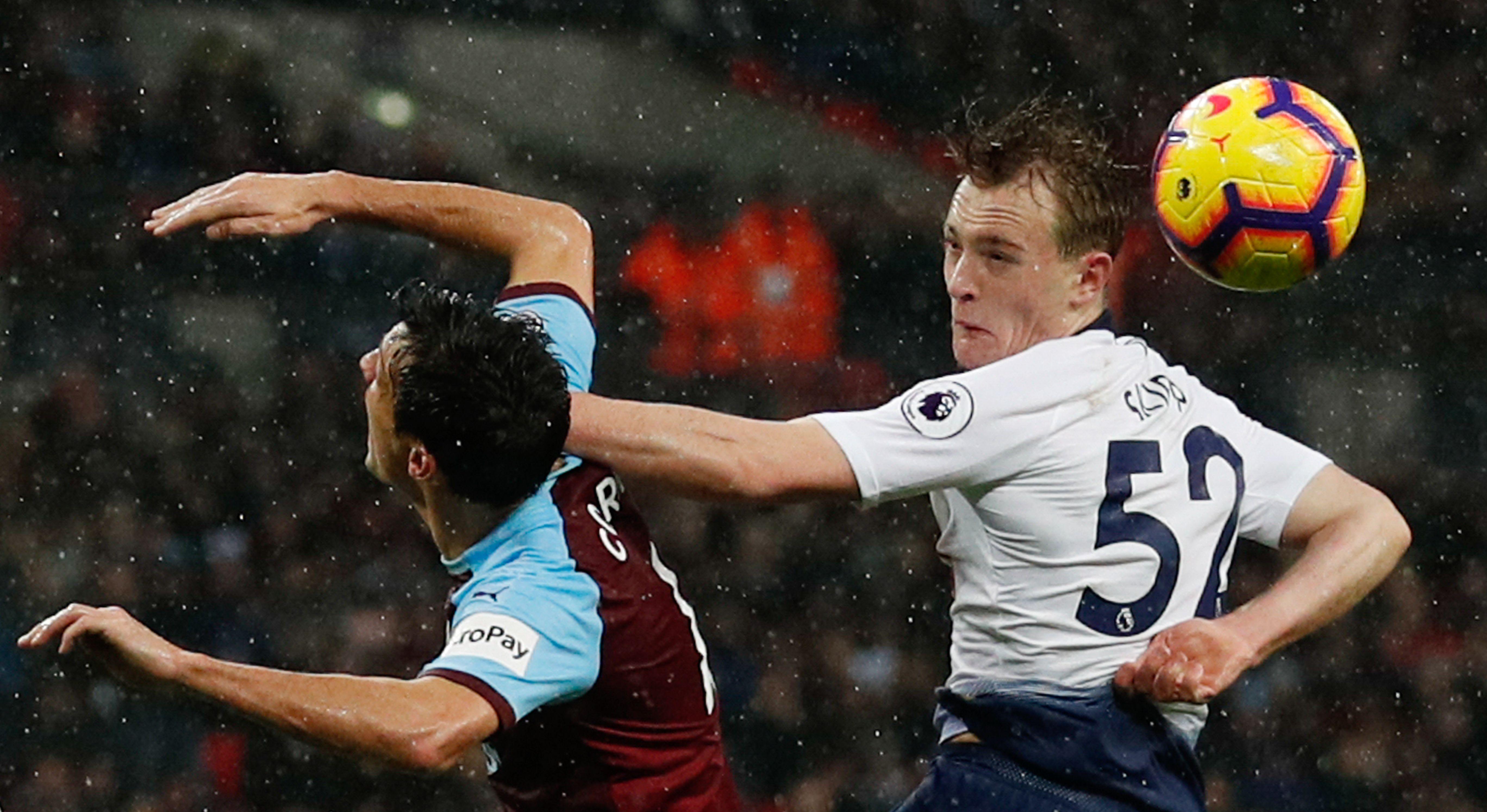 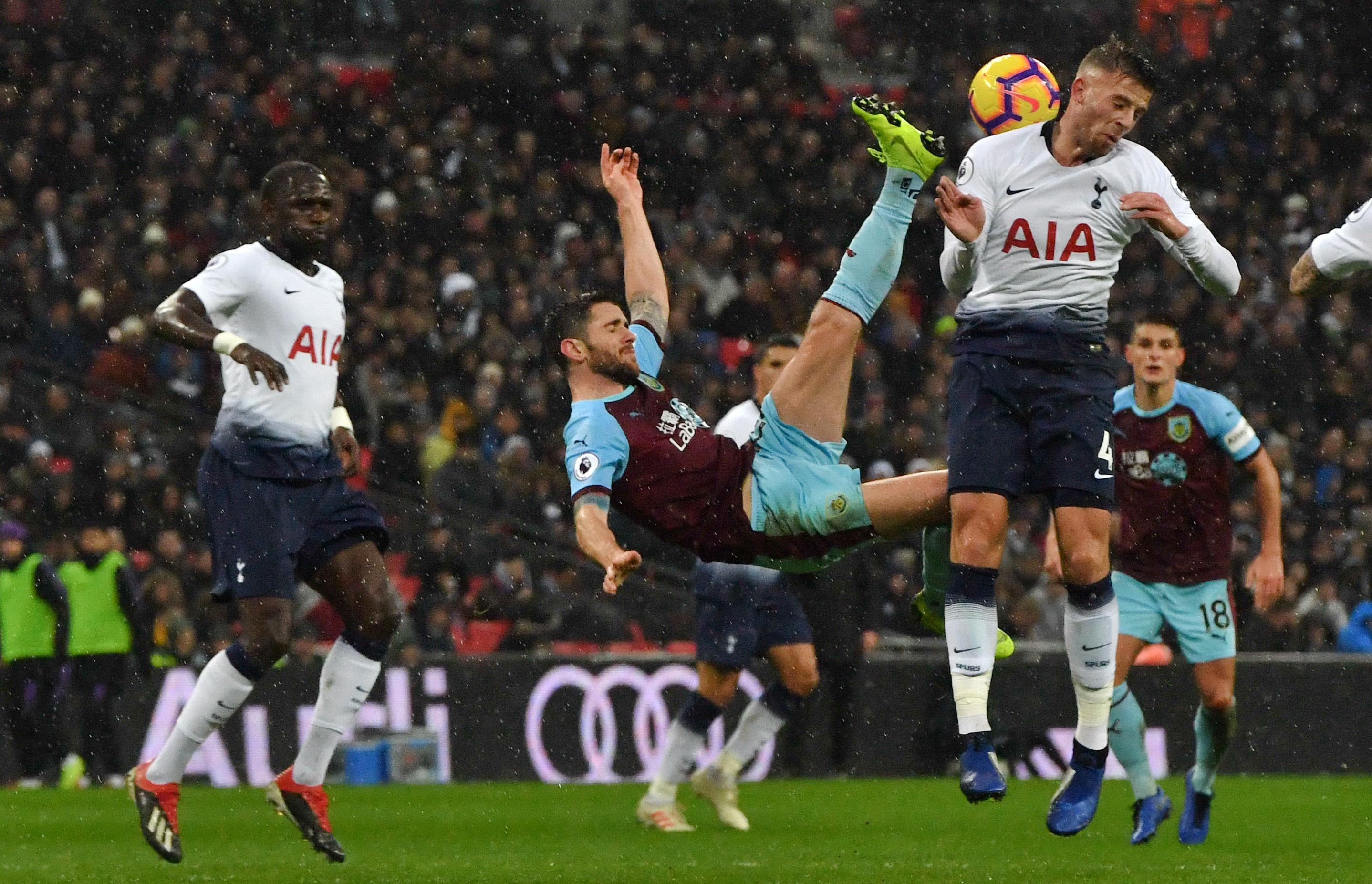 In the 75th minute the ball came to Lamela just outside the six-yard box but Hart made a fine one-armed saved to keep out the low shot.

Then Son dragged a shot wide from even close range with five minutes left.

When Dele was unable to force in a Son cross at the far post, it seemed Burnley, who had Robbie Brady and Phil Bardsley booked for timewasting, would hold on for a point.

But in the final minute, Dele and Kane combined to tee up Eriksen to complete a fine week for Tottenham.