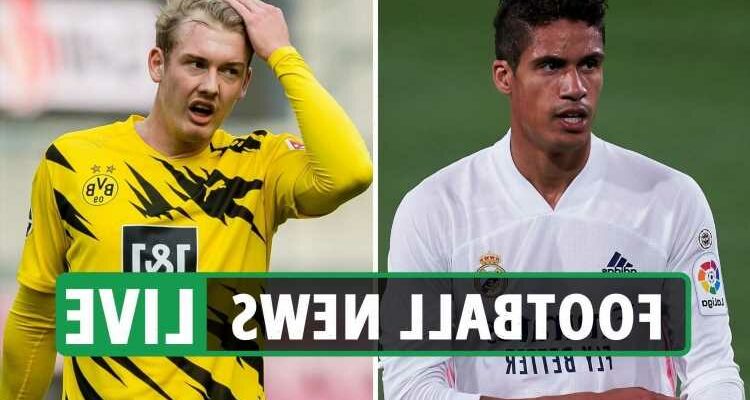 CHELSEA have moved ahead of Manchester United in the race to sign Raphael Varane from Real Madrid, according to reports.

Meanwhile Arsenal are said to be lining up a move for Dortmund's Julian Brandt, with Real Madrid now keen to keep Martin Odegaard.