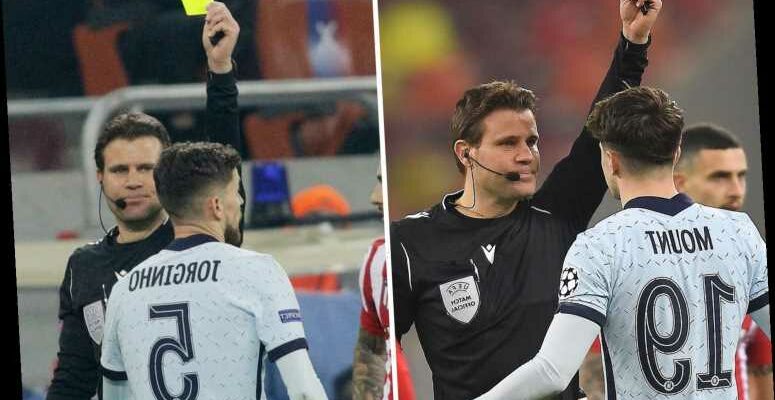 CHELSEA have been hit with a double whammy after Mason Mount and Jorginho were both ruled out of their Champions League second leg clash with Atletico Madrid.

The midfield duo were both booked in last night’s 1-0 away win. 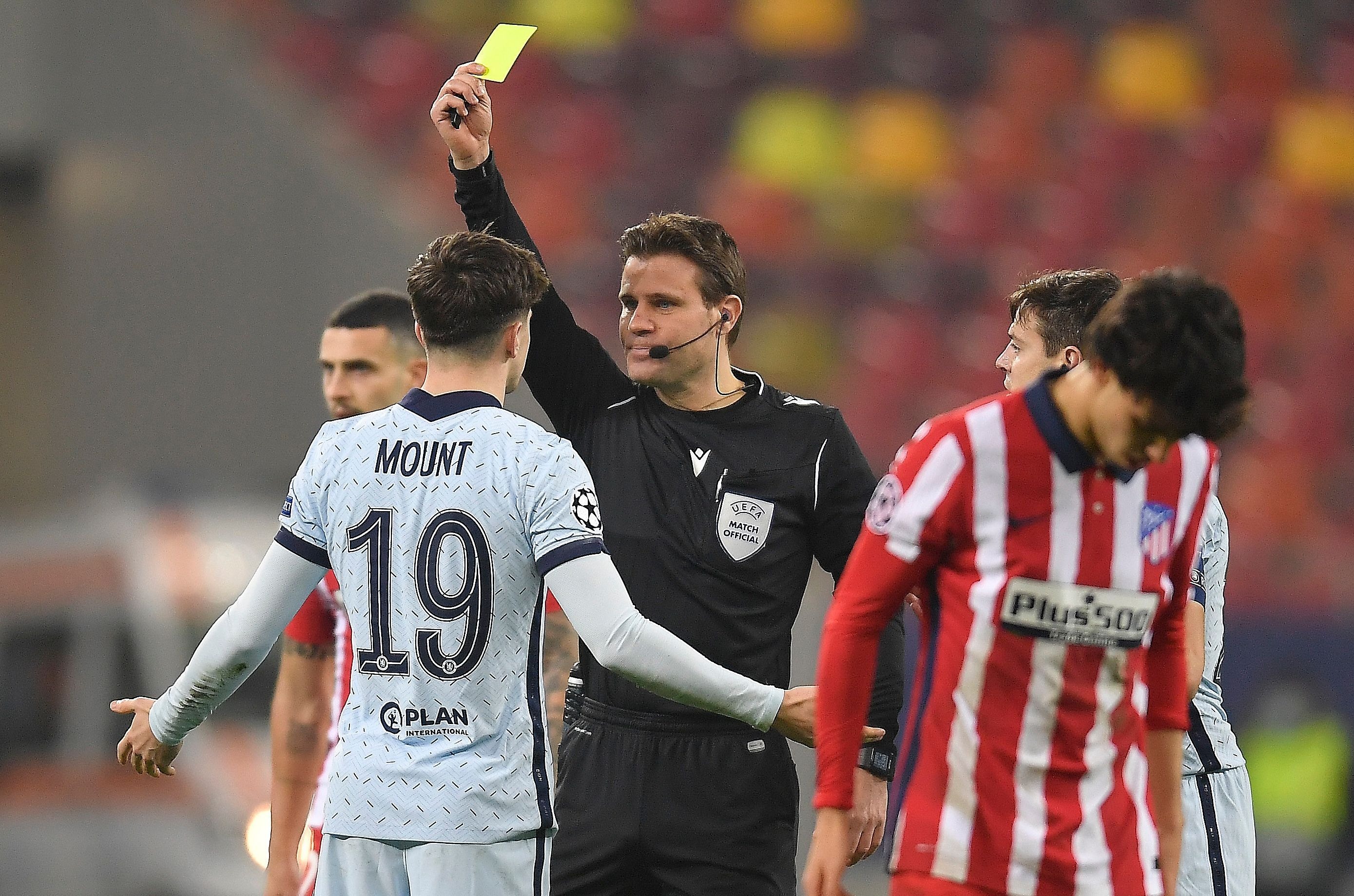 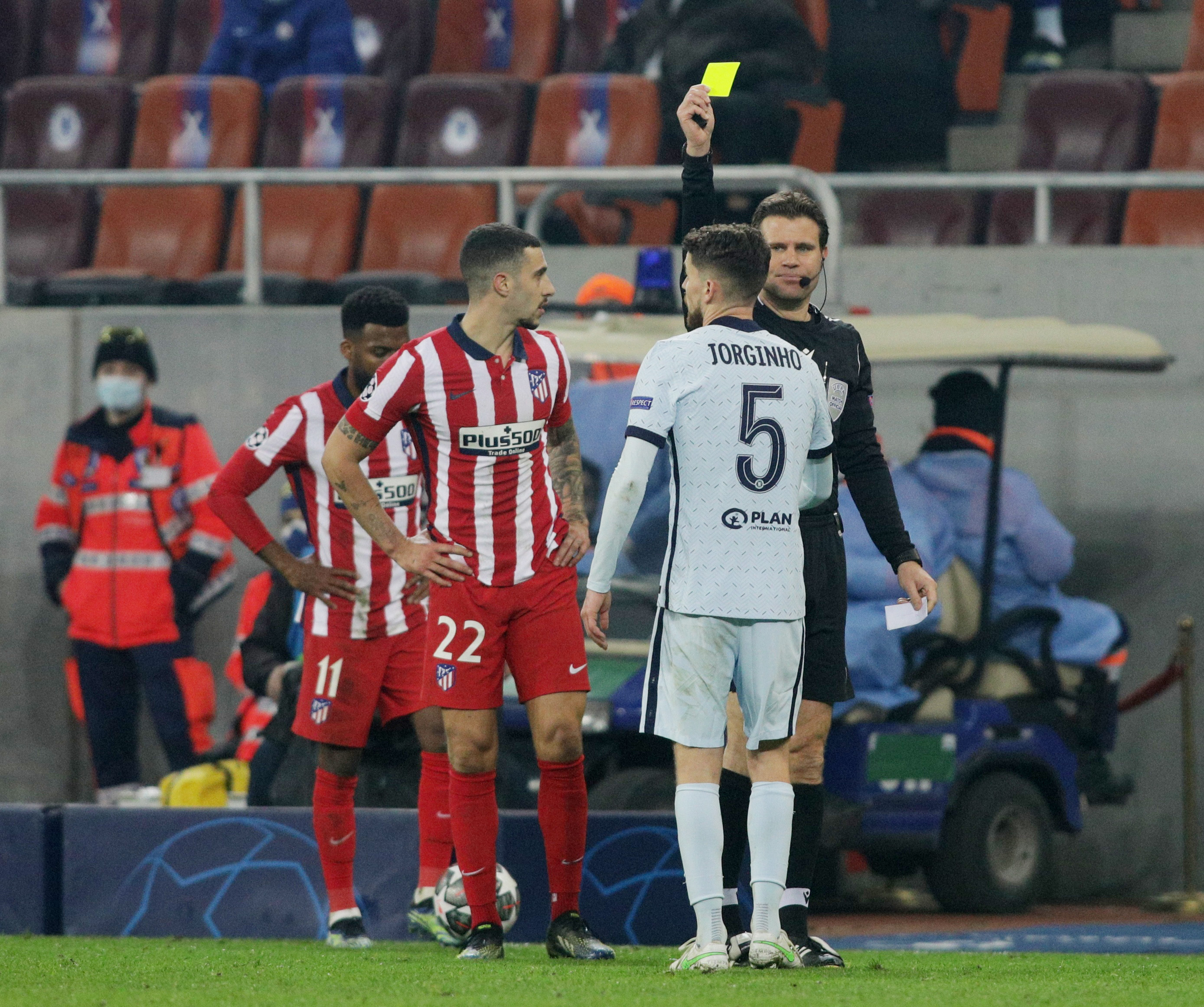 And now the pair are suspended for the crunch return game at Stamford Bridge next month.

After Olivier Giroud’s stunning winner in Bucharest, Tuchel admitted he will have to alter his plans when they meet again on March 17 after discovering he would be without the two stars.

The Chelsea boss said: “We will miss two crucial players, it makes things not easy for us.

“But I am very happy with the performance of everybody, that includes Mason of course.

“Again, a good effort, a big effort, high work-rate, high intensity like we are used to when he plays like this. He has a big impact on our team.

“Honestly, we now play Man Utd, Everton, Liverpool and Leeds, it is good like this. We cannot get comfortable, we cannot get lazy.

“These games will push us to our limits, then we will think about our solutions for the second leg.”

Mount and Jorginho were two of four Chelsea players walking a disciplinary tightrope going into the game.

Mateo Kovacic and Hakim Ziyech also picked up two cautions in the group stages, meaning another one would have also meant an automatic one-match ban in the competition.

Kovacic started but escaped caution before he was replaced by Ziyech off the bench late on.

Mount, 22, and Jorginho, 29, were not as lucky and will now have to cheer on their team-mates from the stands when Diego Simeone’s men head to the capital.

However, the cards system is due reset following the last-16 stage.

That means if the Blues finish the job against Atletico to reach the quarter-finals for the first time in seven years, then Kovacic and Ziyech’s yellow cards will be wiped off.

But should any player be sent-off then they will face the usual sanction if the Blues do progress.