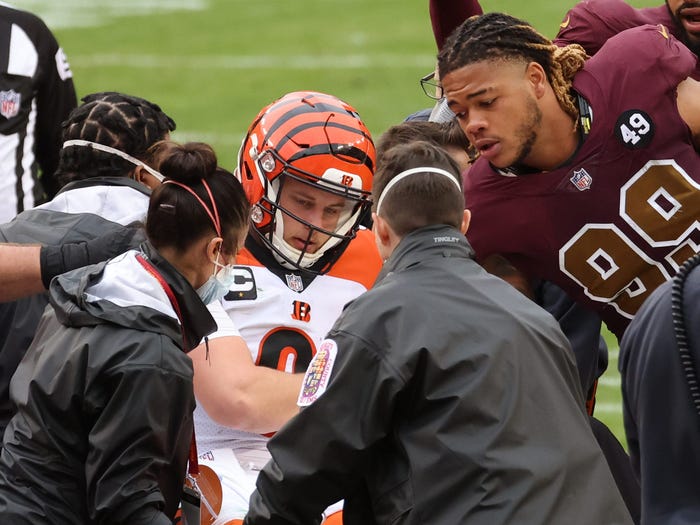 Cincinnati Bengals quarterback Joe Burrow was carted off the field on Sunday after suffering a devastating leg injury against the Washington Football Team.

Burrow was caught between defenders in the third quarter, falling awkwardly to the ground. After suffering the injury, players from both teams came over to show their support for Burrow before he was taken off the field.

Washington defensive end Chase Young was one of the players who came over to wish Burrow well.

Burrow and Young have a unique history, as they were the first and second picks of the 2020 NFL Draft, respectively.

Young was not the only other NFL player to send their best wishes to Burrow. On Twitter, several other superstars reached out to send their regards.

As the final seconds of the game ticked away, Burrow sent out a tweet thanking those who reached out and indicated that the hit would mean the end of his season.