Lee Bowyer's side were hoping to boost their hopes of promotion to the Championship days after they secured an impressive away win at leaders Portsmouth. 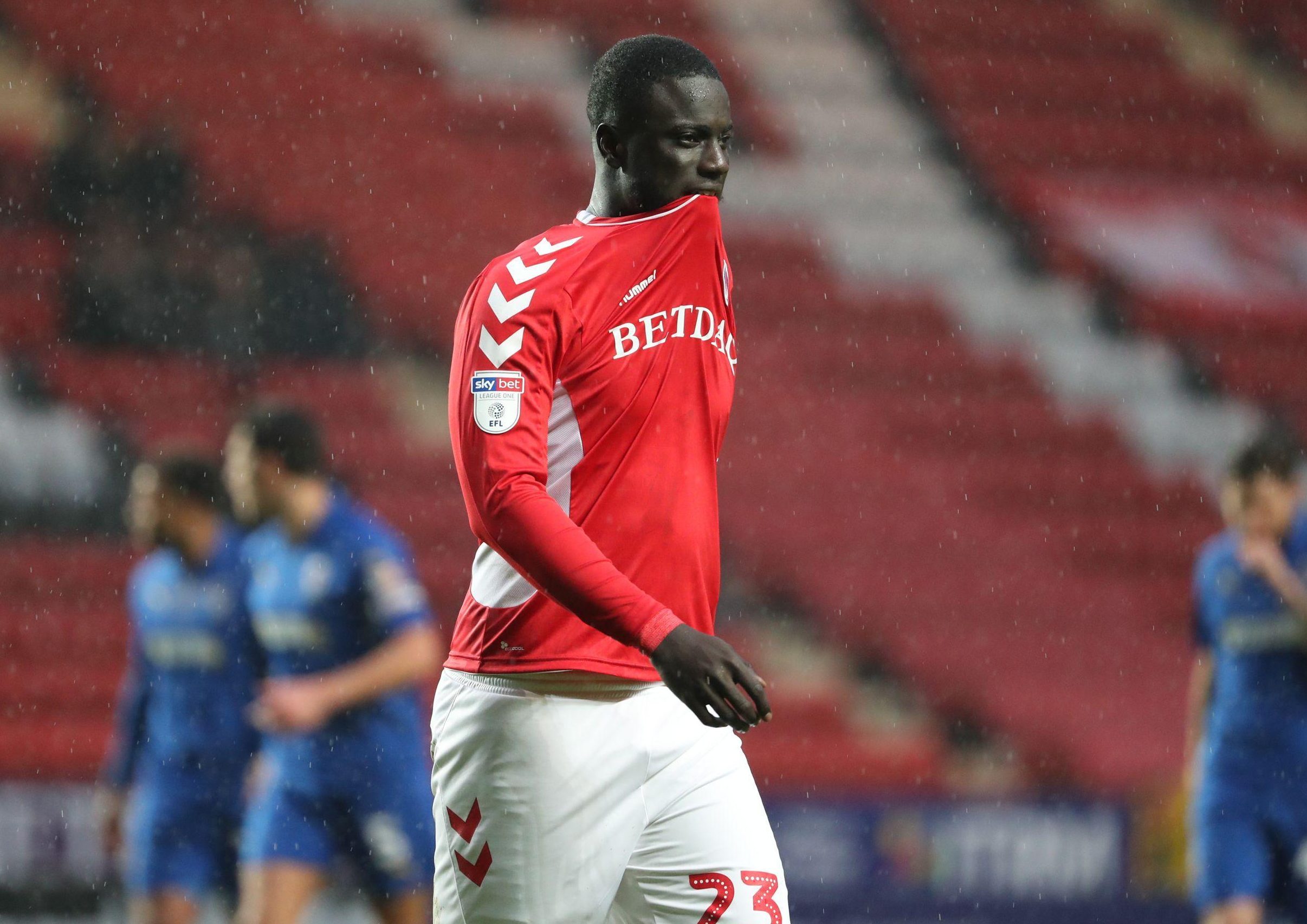 But all pre-match planning went out of the window within a minute when Sarr was sent off for serious foul play.

Sarr dived in with a lunging tackle on Wimbledon's Tennai Watson, and referee Trevor Kettle had little hesitation sending the Frenchman packing.

It left Charlton facing having to play the remainder of the match with a man short against their London rivals. 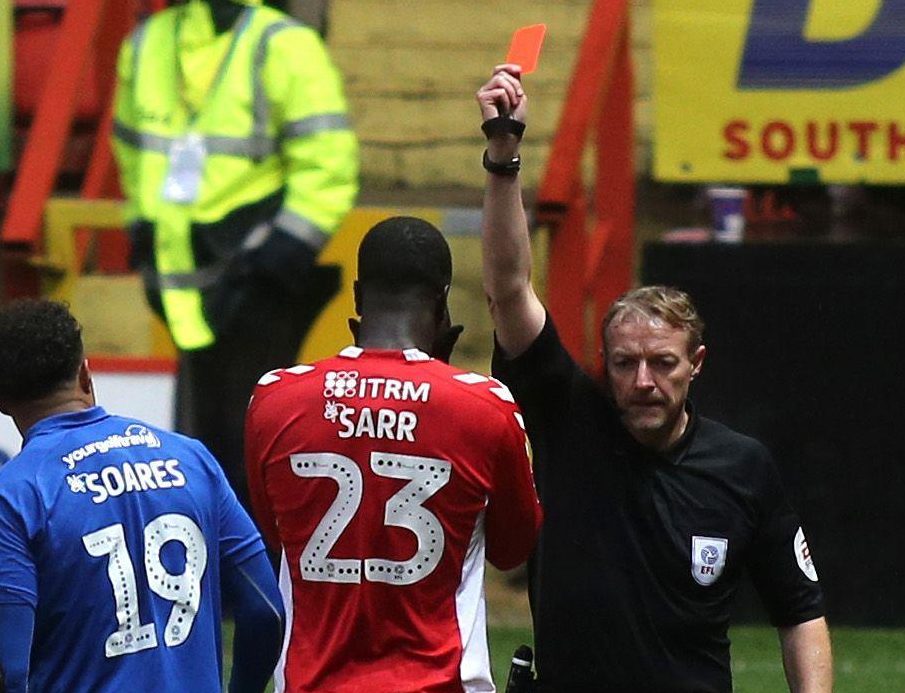 But they held out well – and by the 33rd minute things levelled themselves up when Wimbledon's Mitch Pinnock was sent off for diving.

Pinnock had been booked in the 21st minute, and paid the ultimate price for a tumble to the ground when Kettle brandished a second yellow.