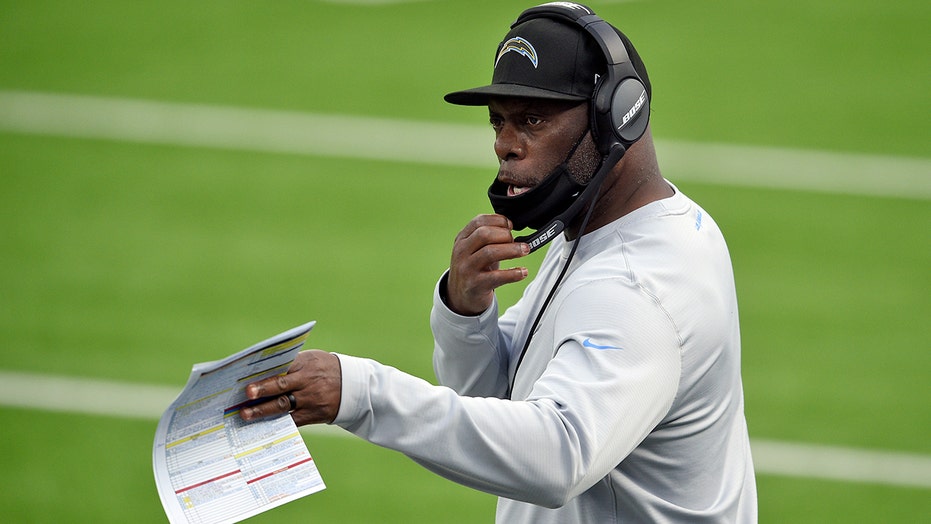 The NFL is making major coronavirus protocol changes, including team facilities shutting down for two days after games; NFL Hall of Fame quarterback Brett Favre weighs in on ‘Fox and Friends Weekend.’

Los Angeles Chargers coach Anthony Lynn made a strange comparison when it came to the team’s underwhelming 2020 season.

When addressing the media on Wednesday, Lynn compared the losing season to Pearl Harbor.

SAINTS' MALCOLM JENKINS ON RETURN TO PHILADELPHIA: 'I GAVE EVERYTHING I HAD TO THAT CITY'

“We're in a valley right now,” Lynn said. “We're down, but we're not out. Just the other day was Pearl Harbor Day — one of the biggest defeats this country's had. But we bounced back from that, and I kind of used that as an example with my staff the other day. You know, 'We're down and out, but we're not dead yet.’

Pearl Harbor Remembrance Day was Monday. More than 2,400 Americans were killed when Japan launched a surprise attack on the U.S. on Dec. 7, 1941, which put the U.S. into World War II.

The Chargers are only 3-9 this season and eight of the nine losses have come by 10 points or less. Nobody died and Japan didn’t launch a surprise attack on the organization.

Lynn, while his intention was probably good, misfired with the comparison.

He is in the middle of his fourth season as Chargers head coach and has his second straight losing season.