Boston Celtics player Enes Kanter has continued his attack on Nike for a second day, after calling out the company in a video on Monday for remaining "silent" on China's use of slave labor.

On Tuesday, Kanter doubled down, posting pictures showing Nike shoes emblazoned with the message, "MADE WITH SLAVE LABOR," and re-upping his call for Nike co-founder Phil Knight to join him on a trip to the communist nation in search of the forced labor camps. 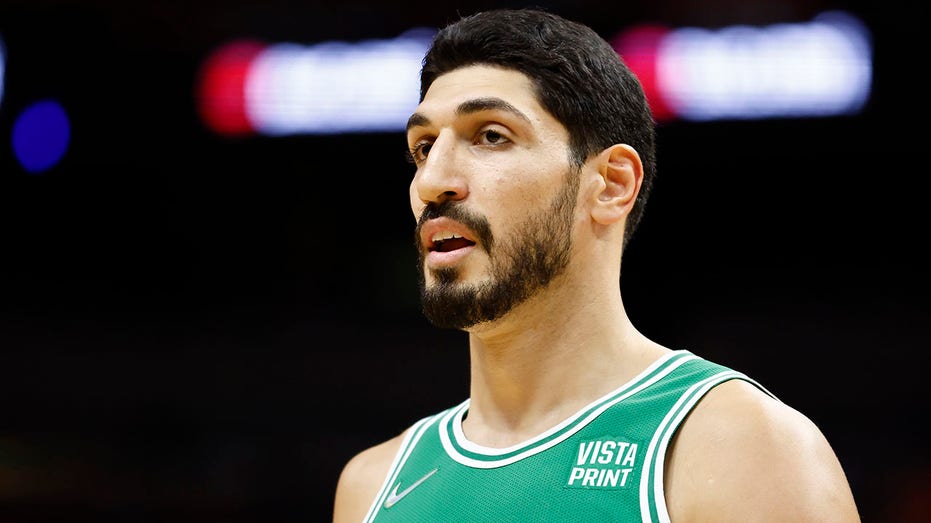 "To the owner of @Nike, Phil Knight," Kanter tweeted Monday. "How about I book plane tickets for us and let's fly to China together. We can try to visit these SLAVE labor camps and you can see it with your own eyes."

He also re-extended an invitation to LeBron James and Michael Jordan, adding, "@KingJames @Jumpman23 you guys are welcome to come too. #EndUyghurForcedLabor."

Included in the message were images of a pair of Nike "Jordan" collection shoes he had marked with the messages, "HYPOCRITE NIKE," "MODERN DAY SLAVES," "NO MORE EXCUSES" and "MADE WITH SLAVE LABOR."

Kanter had called for Knight, James, and Jordan to accompany him to China in a video posted to Twitter the day before. Neither Nike nor Jordan's representative responded to FOX Business' requests for comment. A representative for James could not be reached. 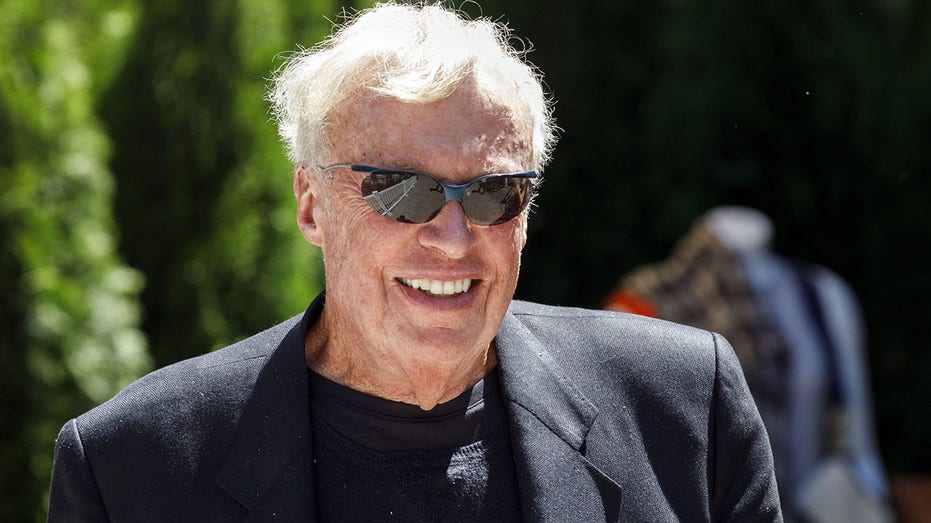 Phil Knight, chairman and co-founder of Nike Inc., arrives for a session at the Allen &amp; Co. Media and Technology Conference in Sun Valley, Idaho, U.S., on Thursday, July 11, 2019. The 36th annual event gathers many of America’s wealthiest and ( Patrick T. Fallon/Bloomberg)

In his message, the Celtics player gave Nike credit for standing against injustices in the United States, before tearing into the company for refusing to speak out against human rights abuses in China – namely the enslavement of Uyghur Muslims.

He also said that while Nike claims there is no forced labor anywhere in its supply chain, the company does not "have the receipts to prove it." 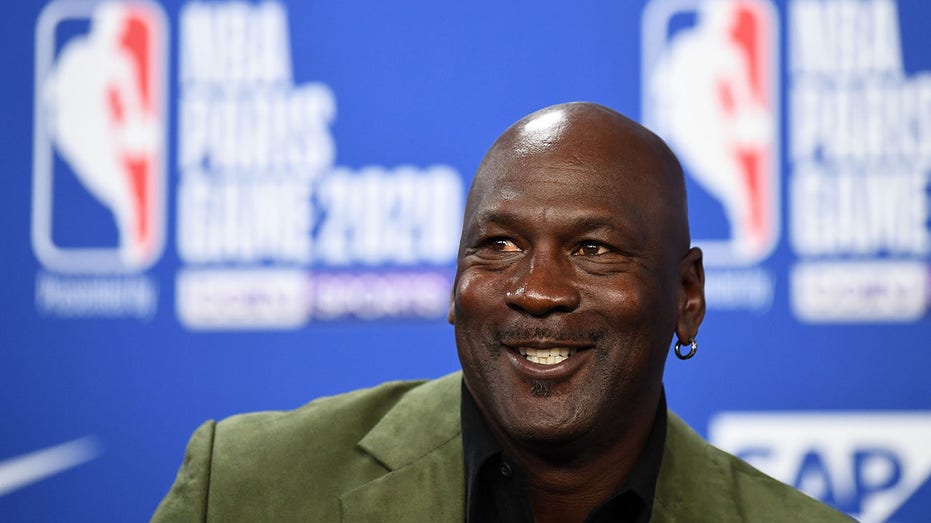 Former NBA star and owner of Charlotte Hornets team Michael Jordan looks on as he addresses a press conference ahead of the NBA basketball match between Milwaukee Bucks and Charlotte Hornets at The AccorHotels Arena in Paris on January 24, 2020. (Pho (FRANCK FIFE/AFP / Getty Images)

That's when Kanter suggested he and Knight take a trip to China with James and Jordan in tow.

Over the past week, Kanter has been on a tear against China, taking to social media to blast the communist country for its treatment of the Uyghurs, and calling Chinese President Xi Jinping a "brutal dictator."