The Cavan county board have ruled out making any request for a venue change for the upcoming All-Ireland semi-final against Dublin.

After the Breffni County sealed the Ulster title on Sunday, there was a great deal of debate as to whether their upcoming game against Dublin should be moved out of Croke Park.

Sky Sports pundit Peter Canavan was of the opinion that the game ought to be played elsewhere.

“The All-Ireland semi-finals and finals in both hurling and Gaelic football have all been fixed for HQ. But only one of those eight teams will have home advantage,” he wrote in his weekly column.

“Given the circumstances of the year, if there was going to be 60,000 or 70,000 at the game, there would be no debate; it should be in Croke Park. But I think Cavan are justified in suggesting that it should be played at another venue.” 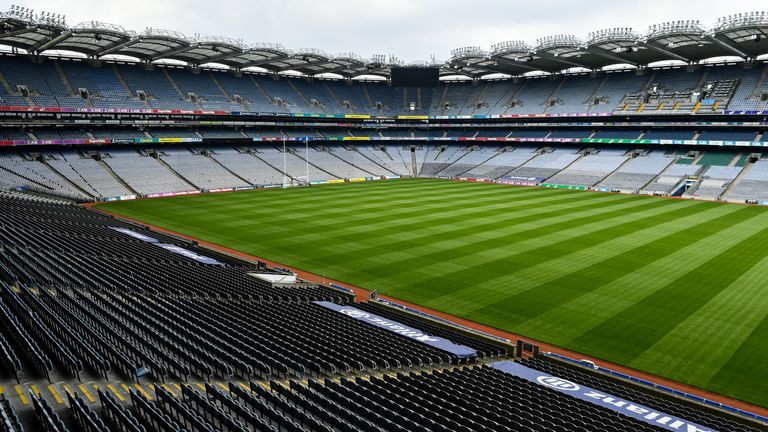 However, the Anglo-Celt Cup winners clarified their position on Wednesday afternoon.

“Cavan county board would like to clarify that they absolutely and categorically have never considered, nor, have they any intention of applying for a venue change for the upcoming All-Ireland semi-final fixture,” read a statement.

“We are honoured and look forward to playing the All-Ireland semi-final as is fixed by the CCC.”

The sides will meet on Saturday, December 5 live on Sky Sports Mix. The winners will face Mayo or Tipperary in the decider.

Make sure to tune into Inside The Game – our weekly GAA discussion show – on Sky Sports Mix every Wednesday evening.