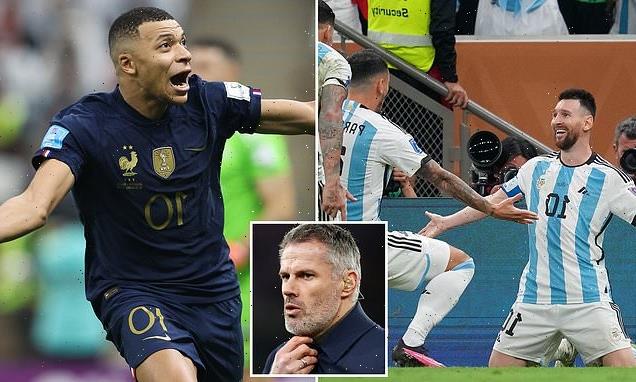 ‘One of the best games ever!’: Jamie Carragher and Gary Neville declare Argentina 3-3 France one of the best matches ever as Lionel Messi FINALLY wins the World Cup

Jamie Carragher has declared the World Cup final ‘one of the best games ever’ after Argentina and France played out an exhilarating 120 minutes of football.

Argentina twice led – initially by two goals to nil – before Kylian Mbappe pegged them back, sending the game to penalties. 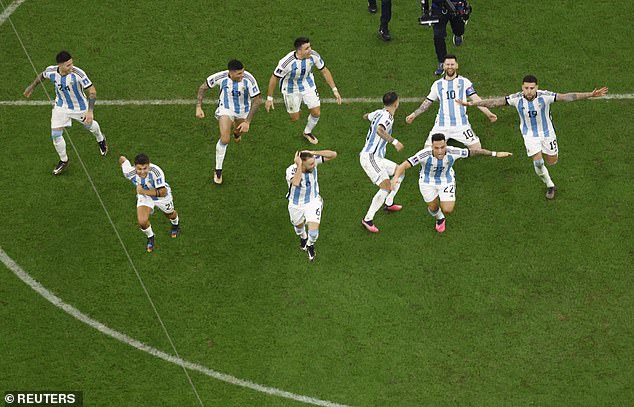 ‘One of the best games of all time!’ Carragher tweeted.

Cesc Fabregas added his voice to Carragher’s view, posting on social media: ‘What a game man. If someone still doesn’t think this is the best sport ever…’

Another individual posted: ‘Best football game ever. The best sport in the world. Unbelievable.’

‘This is the best soccer game of all time,’ another person agreed. 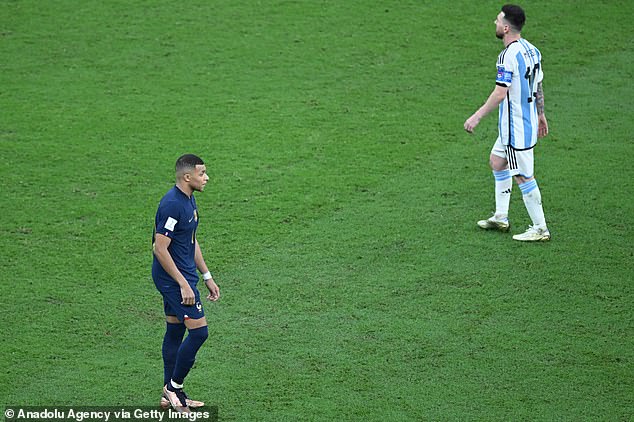 ‘This is the best game of football I’ve ever watched. Every emotion displayed and felt for 120 minutes and then through every take from the spot. What a show. What a sport. Lionel Messi.’

The praise for the game kept coming, as one Twitter user wrote: ‘This World Cup Final is the best game I ever seen.’

Prior to the penalties, BBC’s pundits said that they were unsure we would ever see a World Cup final like it. 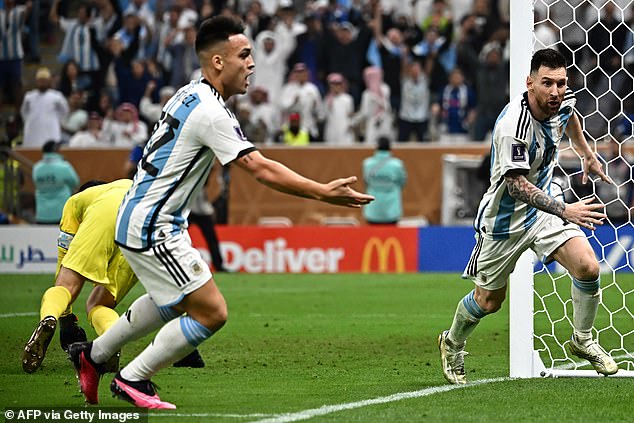 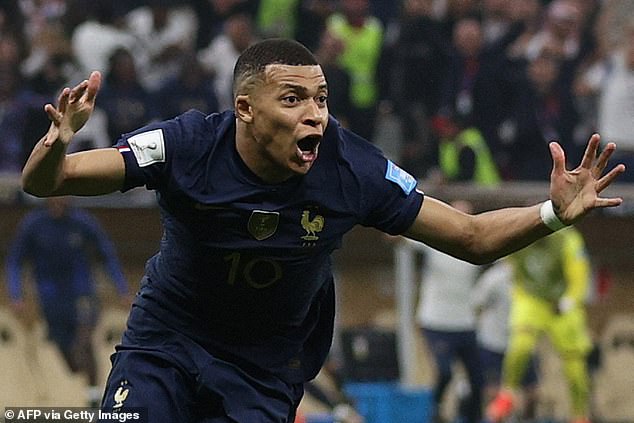 Alan Shearer said: ‘I am not sure we will see another World Cup final like this in my lifetime. The jewel in the desert.

‘Anything you can do, I can do better. You get two, I’ll get three. Both [Messi and Mbappe] of them have delivered. It has been relentless. It is incredible to be here.’

Amid the fawning over Messi finally claiming the prize he craved most, Rio Ferdinand found time to praise Kylian Mbappe – who became the first player to score a World Cup final hat-trick since Sir Geoff Hurst in 1966.

‘The real moments of quality have been those two players. This type of final you want to see the two best go head-to-head,’ he said.

‘They have gone toe to toe. They have delivered on a level we have never seen on this type of stage. This is the best type of final anyone could have wished for.’