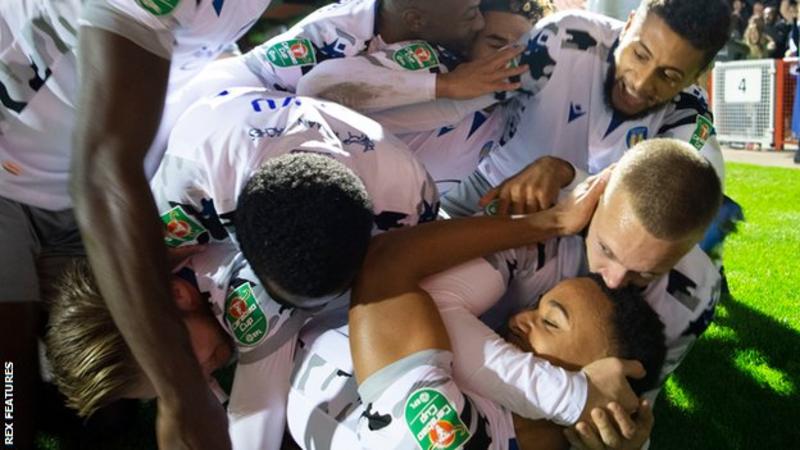 Holders Manchester City have been drawn away at League One side Oxford United in the quarter-finals of the Carabao Cup.

League Two Colchester United, the lowest-ranked side left in the competition, face a trip to five-time winners Manchester United.

Aston Villa will host eight-time winners Liverpool, while Everton will be at home to Leicester City.

The ties are scheduled to take place the week commencing 16 December.

Liverpool’s tie is likely to be rescheduled as they play in the Fifa Club World Cup on 18 December.

“The EFL is in discussions with Liverpool to identify an alternative date given the club’s participation in the Fifa Club World Cup competition,” said an EFL spokesman.

The Reds beat Arsenal 5-4 on penalties after a 5-5 draw to reach the last eight.

“If they don’t find a proper date for us then we cannot play the next round and whoever is our opponent will go through – or Arsenal will play it,” said Liverpool manager Jurgen Klopp after Wednesday’s game.