The WNBL will look to bring referees and coaches together as the parties hunt for greater feedback and education to avoid seeing the league's refereeing saga enter dire straits.

Canberra Capitals coach Paul Goriss was fined after he became the first person to speak out about the frustrations which have privately plagued the league in recent years. 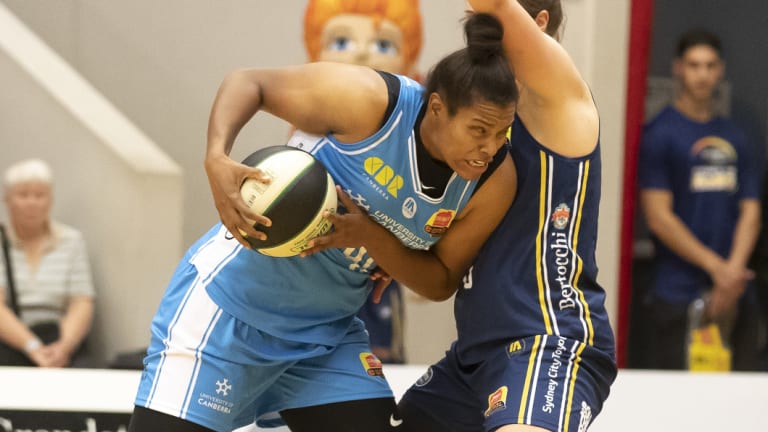 Kaili McLaren has signed a contract extension with Canberra.Credit:Sitthixay Ditthavong

The Capitals have until midday on Thursday to decide whether they will contest a $2500 fine handed down by the WNBL for "inflammatory" comments about referees.

Goriss and Canberra players have grown frustrated by refereeing inconsistencies with match officials being told to make different calls depending on the game situation.

The WNBL is beginning to fall well behind the standard of the NBL – a league which has not been without its own problems – with the men's league devoting more time and funding to referees.

But WNBL boss Sally Phillips says public criticism will not be tolerated and officials manager Peter Carey has endorsed his feedback systems. It is understood the league is open to a phone hook-up for coaches to air their grievances.

Goriss might be left to sweat as Capitals officials speak with lawyers about the prospect of fighting a hefty fine but there is some good news for the Canberra mentor.

Kaili McLaren has signed an extension to stay with the Capitals for the remainder of the 2018-19 WNBL season and steel their search for an eighth championship.

It is a huge boost for the Capitals, who are set to announce plans to wear an indigenous jersey on Thursday as part of a wider indigenous round initiative, as they prepare to welcome back Marianna Tolo for their clash with the Bendigo Spirit at the National Convention Centre on Sunday.

McLaren was only due to stay with the Capitals until December 6 on a short-term contract to fill the void initially left by Tolo, but McLaren signed her final piece of paperwork on Wednesday to secure her future. 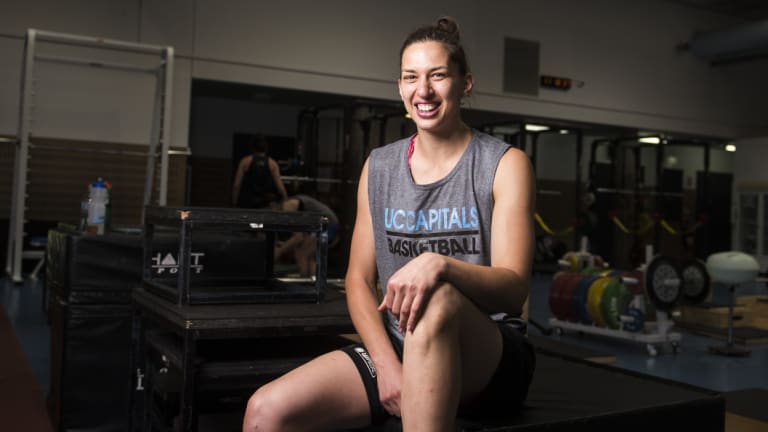 It didn't take long for McLaren to ask Goriss about the possibility of staying in Canberra until the end of the season, and Tolo's second setback made the prospect of an extension even more realistic.

Tolo was expected to make her return from her second anterior cruciate ligament tear last month but a torn meniscus kept her sidelined for an extra three weeks.

Capitals officials were left to crunch the numbers and analyse whether keeping the import would be viable given they already have Opals stars Tolo, Leilani Mitchell and Kelsey Griffin on their roster.

The 30-year-old timed her recovery from a niggling knee problem to perfection to push her case for a new deal, and Goriss simply couldn't say no.

Tolo is unlikely to play big minutes in her return, with Goriss saying he would be hesitant to give her more than 20 minutes – if that – following nine months off the court.

But Tolo has been impressive in her return to five-on-five action at training in a huge boost to a Capitals outfit firming as a finals combatant for the first time in seven years.