Leilani Mitchell was always curious about the kangaroo skins, turtle shells and Aboriginal paintings hung on the wall of her Richland family home.

They might have looked out of place in the state of Washington in the United States' northwest, but they were anything but. 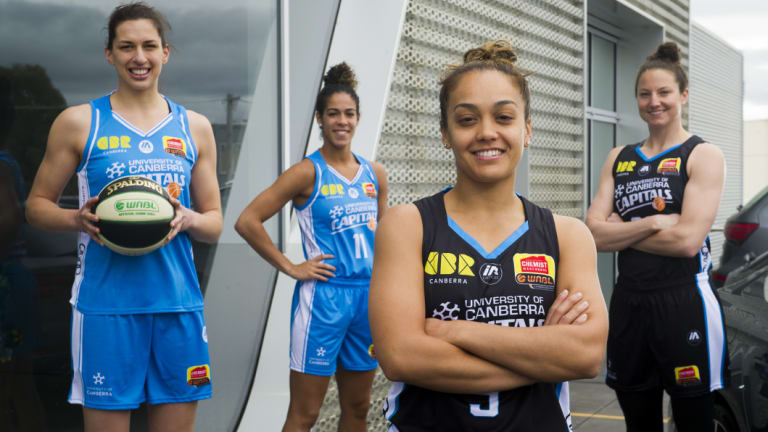 Mitchell's mother, Eleanor Majid, was born on Thursday Island and grew up in Darwin, but the Capitals star was raised in the United States alongside her five brothers.

A family of six kids meant it was hard to fund a holiday to Australia so Mitchell didn't set foot down under until she was 23.

But the now 33-year-old will finally get to honour her heritage on the court when the Capitals  wear an indigenous jersey against the Perth Lynx in a televised WNBL clash at the National Convention Centre on December 16.

"In my household, we had kangaroo skins up on the wall, and we had turtle shells and some Aboriginal paintings as well," Mitchell said.

"My mum was always proud of her roots and always spoke about Australia. Some of my family from Australia would come up and visit, so it was always interesting to me.

"I always wanted to come to Australia and play. My agent had pushed me to go to Europe, but finally when I went to Dandenong in that first year, I was like 'this is the time, I want to get to Australia and explore that other side of who I am'.

"I was always curious and my family just didn't have the finances to be able to bring a large family to Australia. Once I was a professional and had money, I was ready to come and visit.

"In our team alone we've got two [Indigenous players], myself and Abby [Cubillo], which is great to see. Obviously it's always important to encourage the community and get them active. 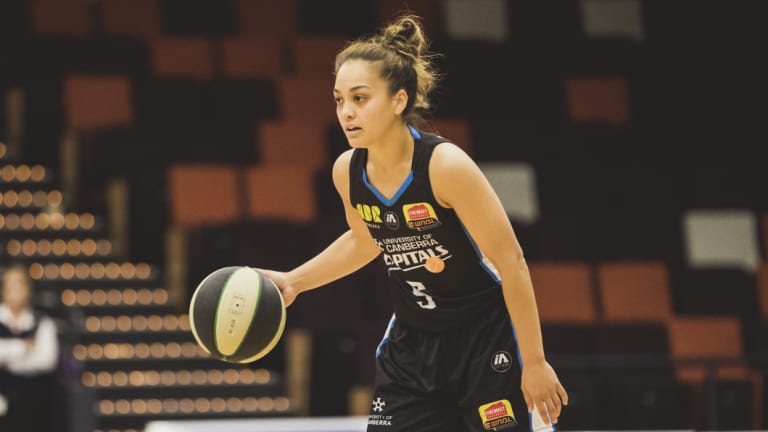 "There's a lot of things we're doing, it's not just about putting the jersey on and putting it on for show. We're actually getting out into the community which is very important."

The light blue-coloured jerseys, which will be unveiled next week, will be auctioned off after the game and the club is planning activations with indigenous communities around the capital.

While Mitchell and Cubillo are the only players on the roster with indigenous heritage, they certainly aren't the only ones taking a keen interest in the looming indigenous round.

Few imports have embraced the Australian culture like United States product Kaili McLaren, who has signed a contract extension to stay with the Capitals until the end of the season.

The 30-year-old had a brush with a rogue kangaroo just days after arriving in Canberra on a short-term contract to fill the void left by Marianna Tolo.

The prospect of a kangaroo darting out onto the road is infuriating to most – but McLaren loved it, and she has since overcome a niggling knee injury to fulfil her goal of a new deal.

"I got a couple of boomerangs [to take home], I got some indigenous jewellery for my mother. I've got to figure out what else to get. I can't bring a kangaroos home, but maybe I can just take some pictures.

"We have such a great group of girls, and a lot of talent, the opportunity to stay and finish out with this group is awesome."

McLaren has one more item on her list of things she wants to take back to the United States – a WNBL championship.