THIS night is going to live LONG in the memory for Moroccans across the world.

For the 45,000 madcap supporters here in Doha, for the 37 million back home, and for the rioters who torched Belgium and the Netherlands on Sunday. 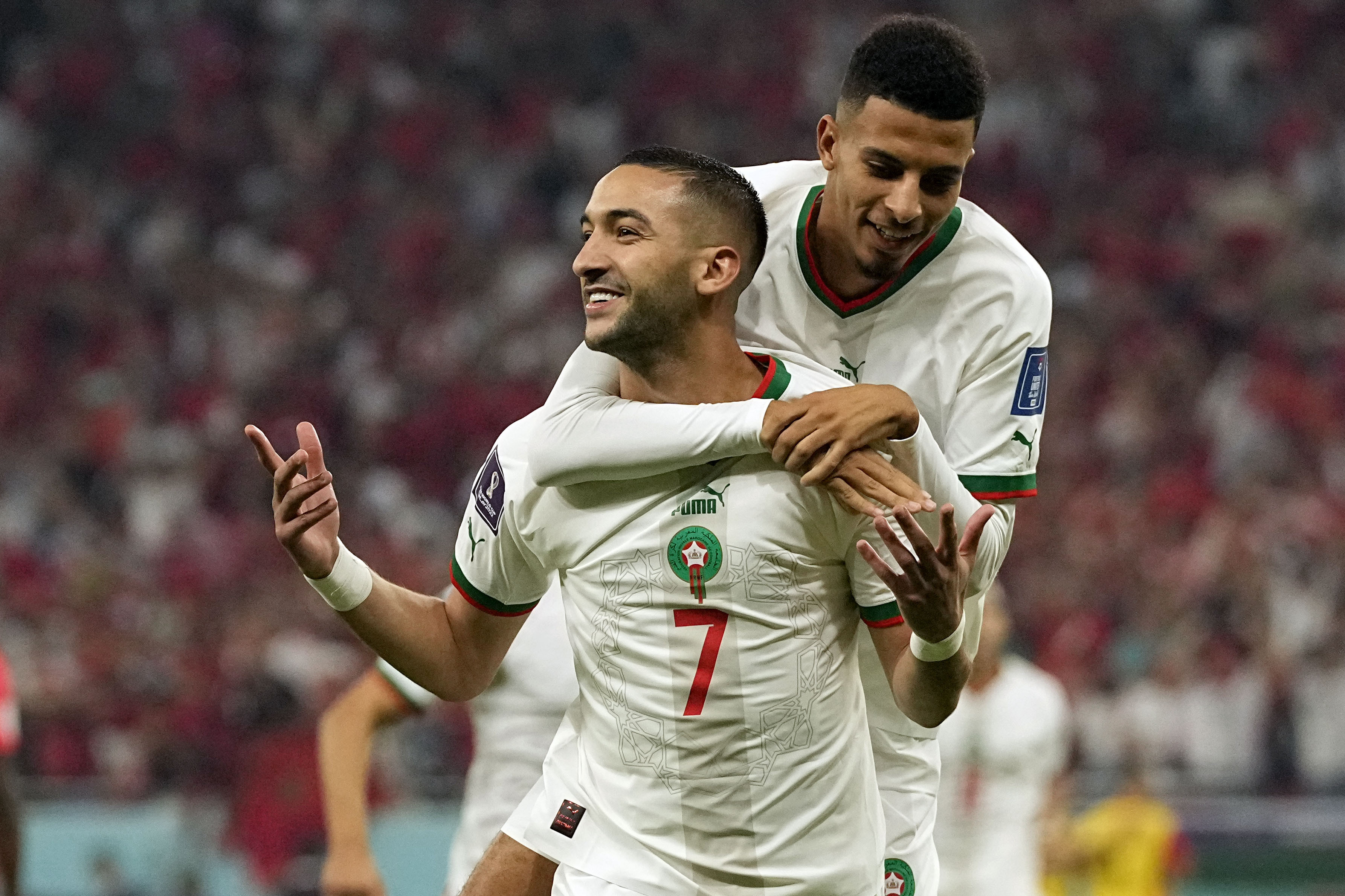 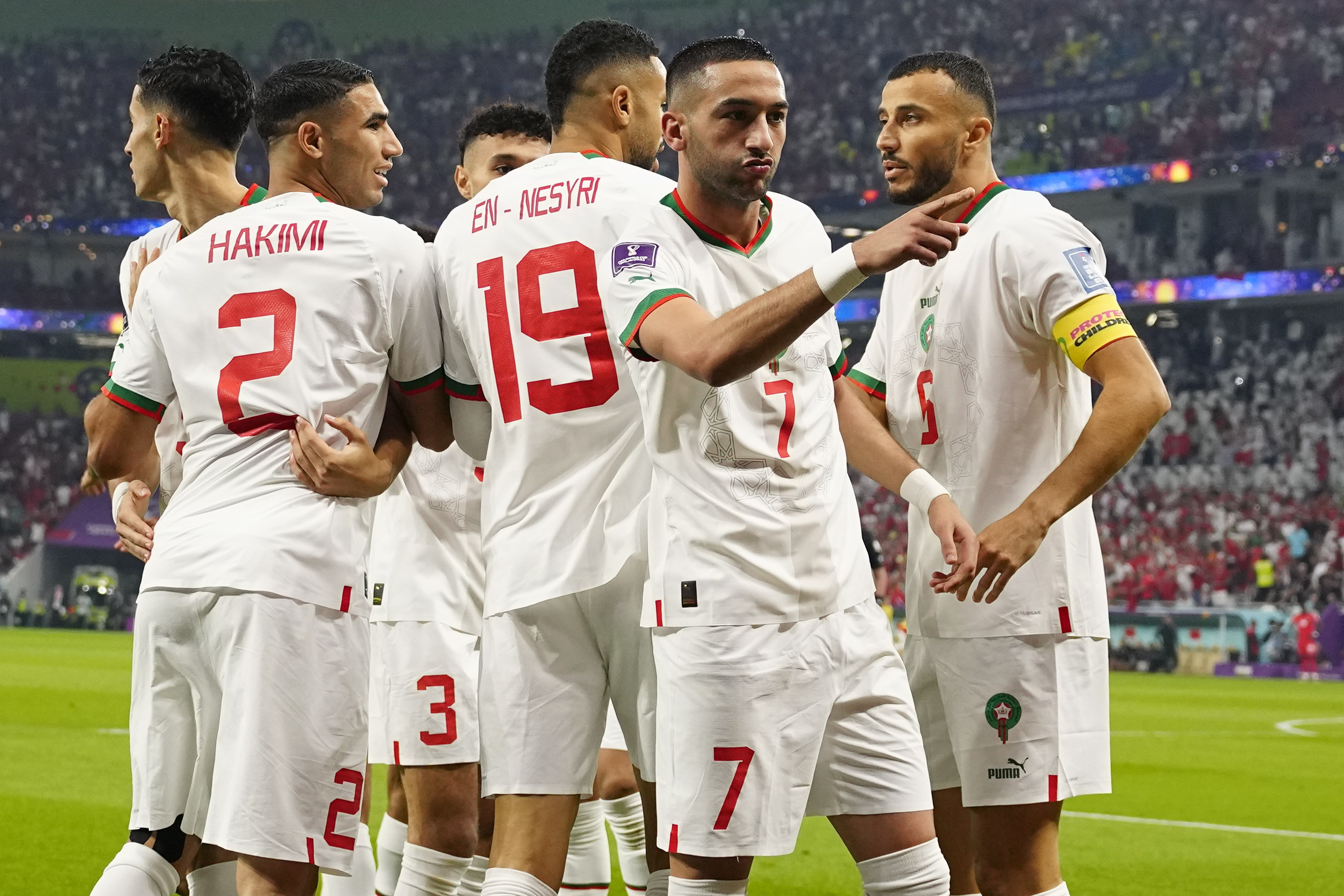 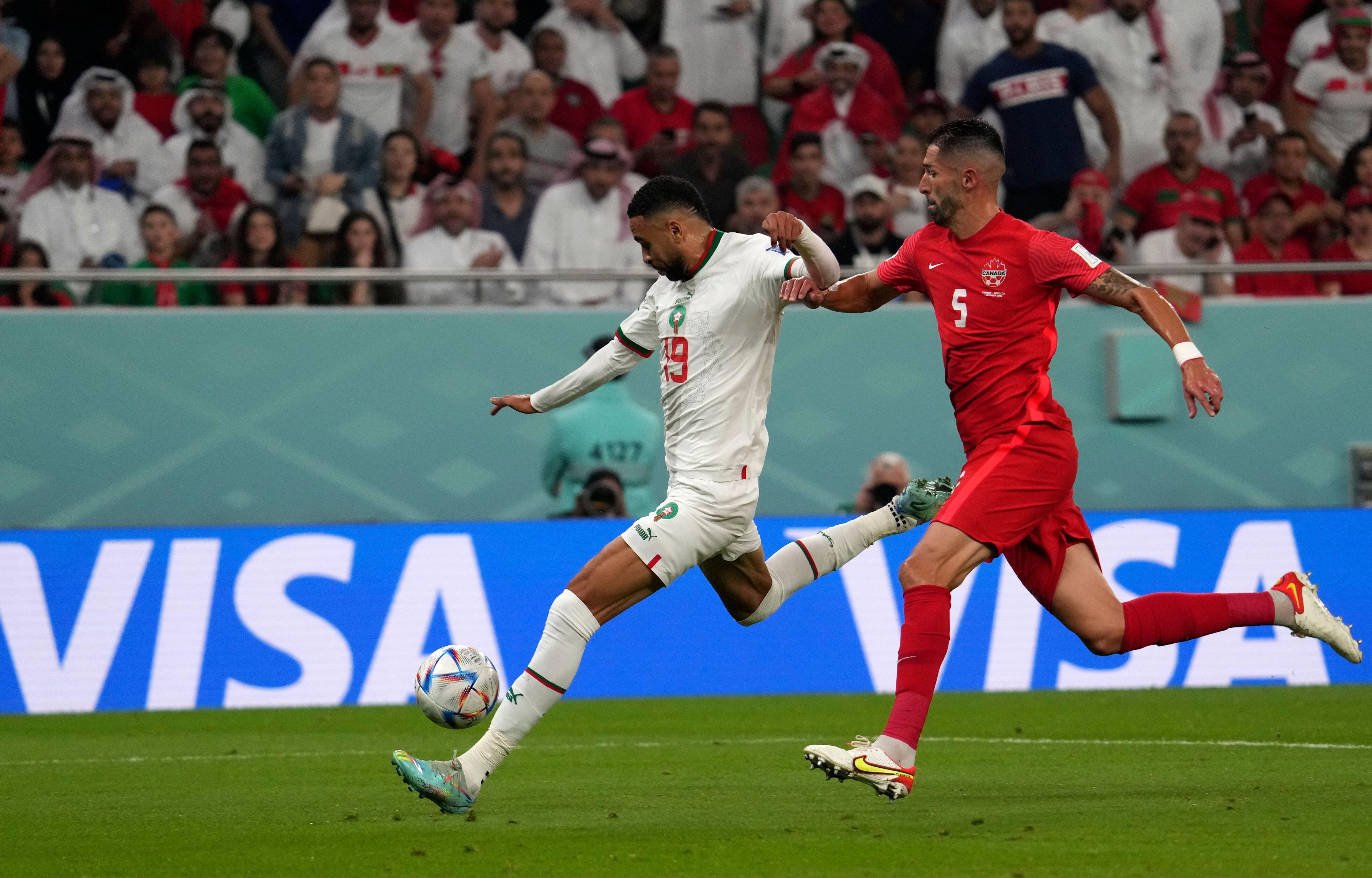 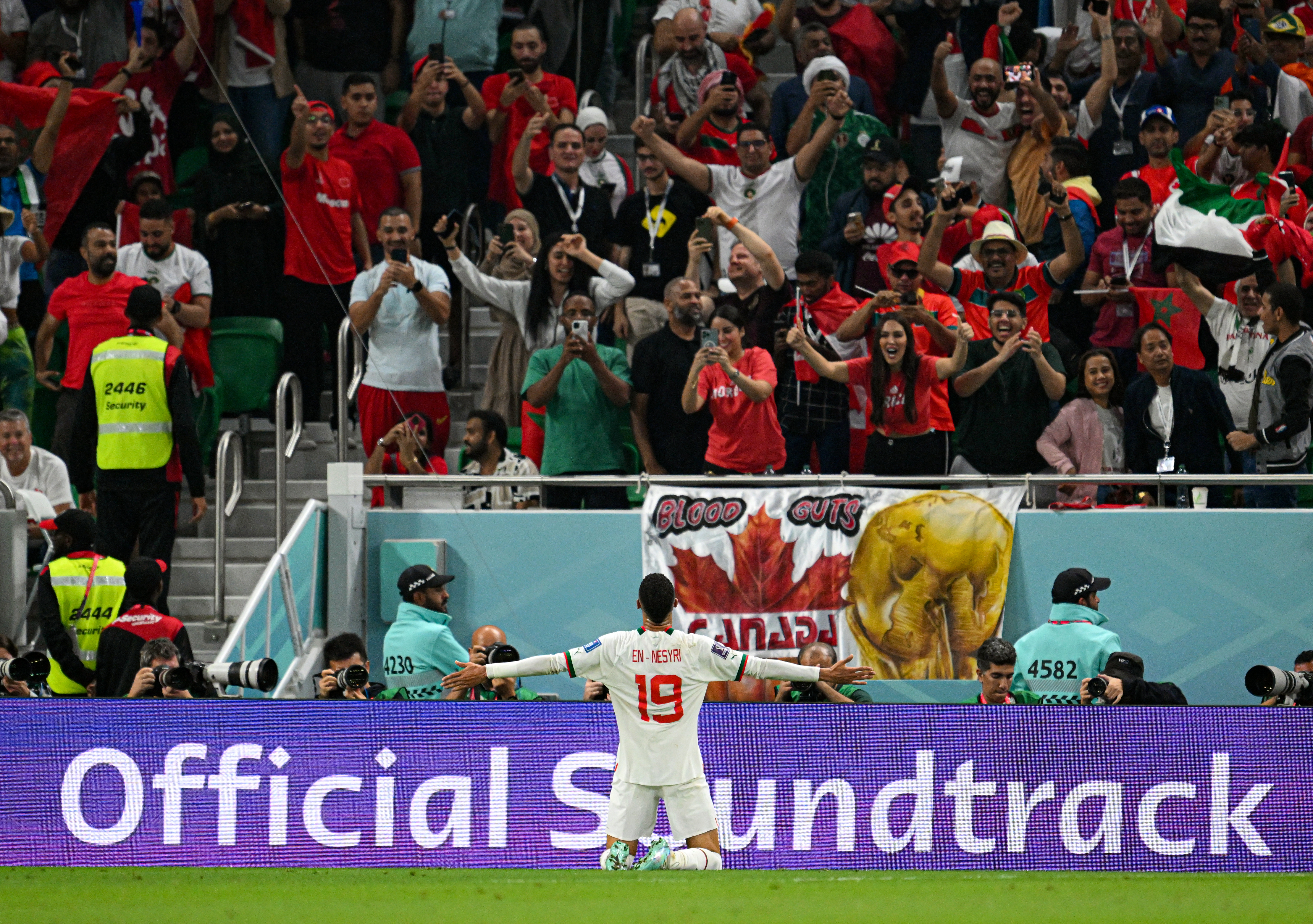 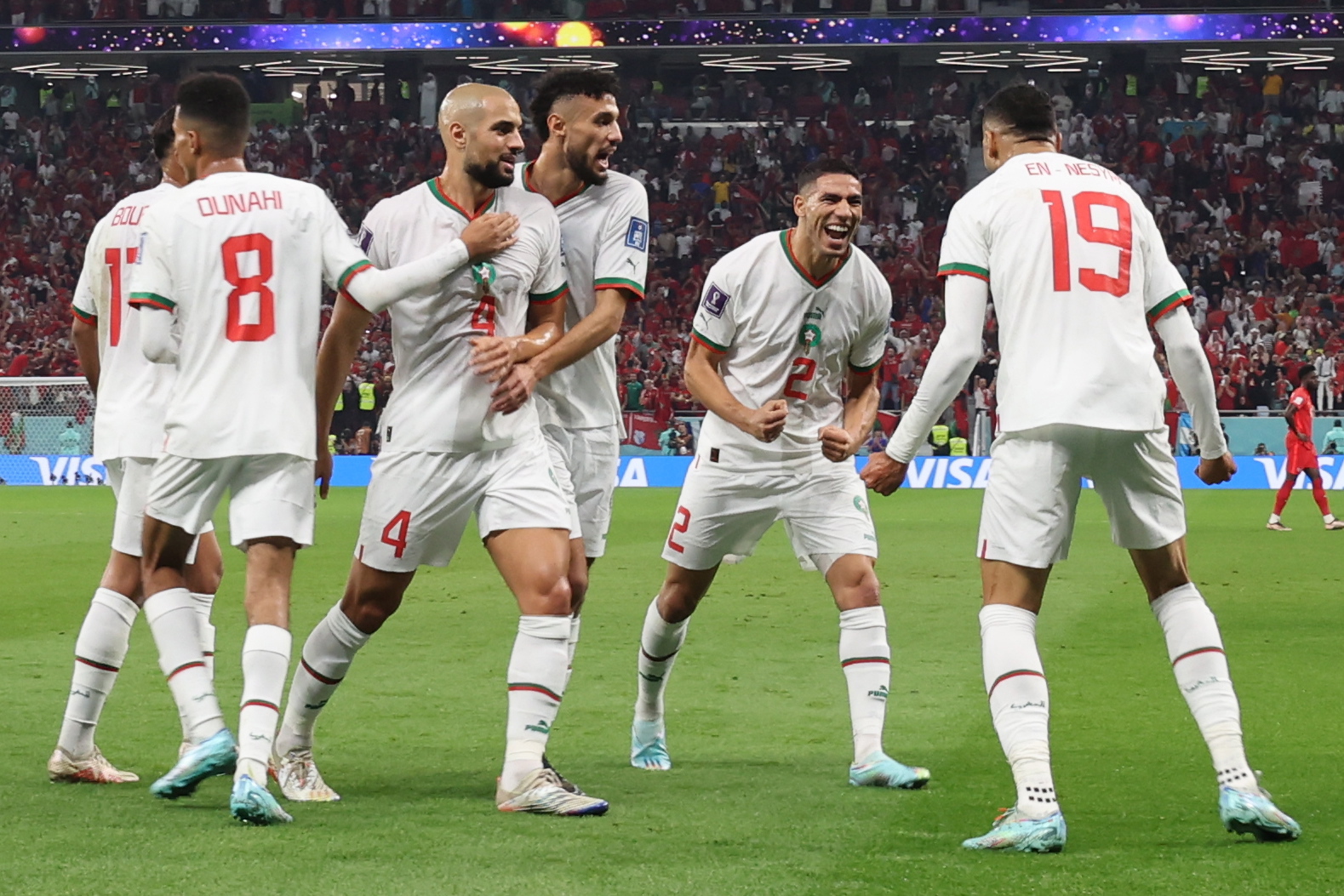 Talisman Hakim Ziyech and Youssef En-Nesyri were the heroes as the Atlas Lions booked their place in the knockout stages for just the second time after reaching the last-16 in 1986.

Thirty-six long years have passed since then – and the class of ‘22 do not look done yet.

Nigeria were the last African side to top a World Cup group in 1998 so history is already secured – whatever happens next.

They will face the runners up from Group E, so one of Spain, Germany, Japan or Costa Rica.

Yet think long and hard before betting against these lot if it is one of the European heavyweights.

One thing we know is that it will be like a home game for Morocco regardless of who they face.

Their defence is rock solid, with Nayef Aguerd’s own goal here – giving Canada a sniff – the first they have conceded in seven games.

Down the right they have a partnership to rival any in Achraf Hakimi and Ziyech. 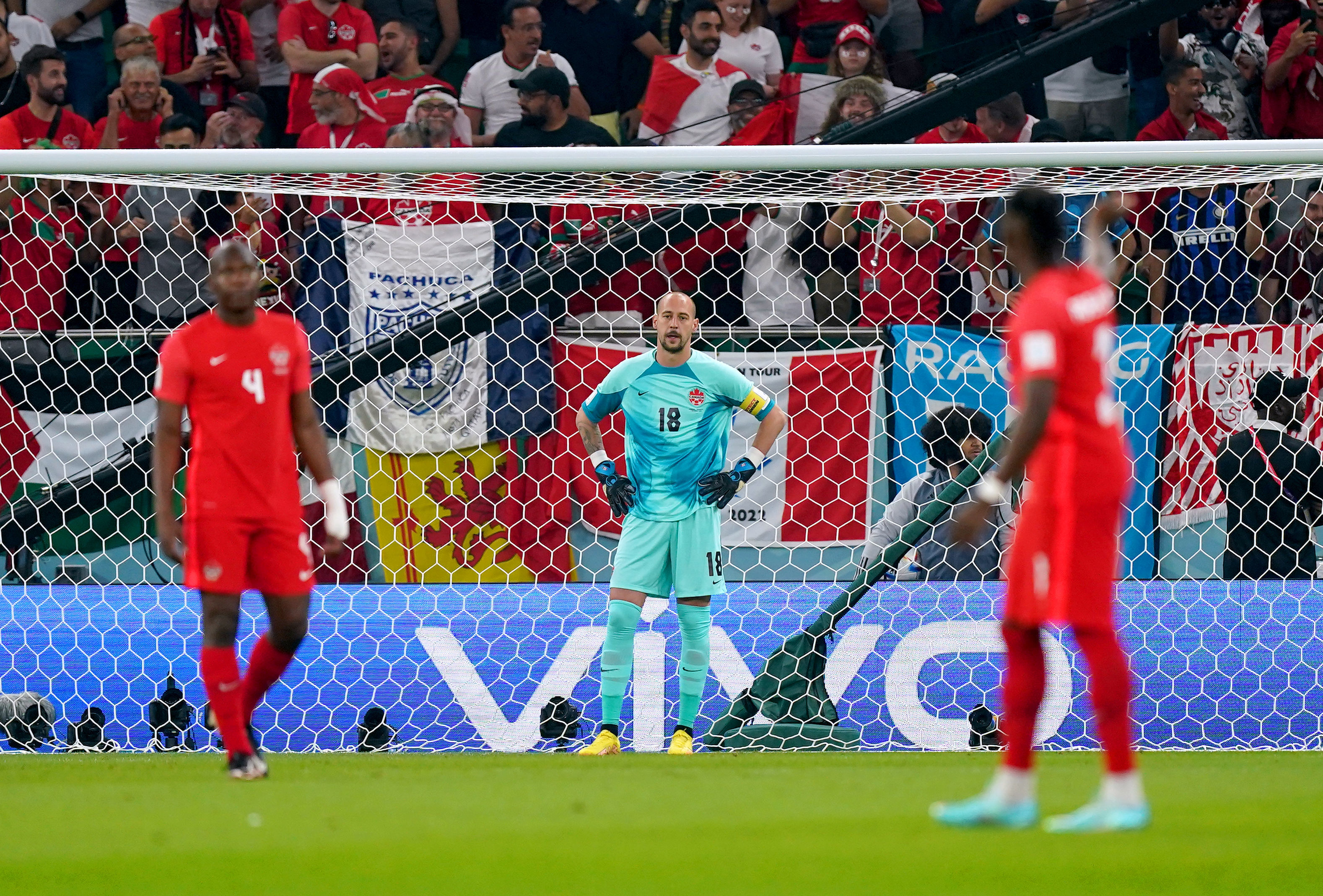 And up front they have a striker in En-Nesyri who could be coming to the boil at just the right time after becoming the first Moroccan to score at two World Cups.

A draw was all Morocco needed to qualify, and they were given an absolute gift at the start of the Christmas season by Canada keeper Milan Brojan after four minutes.

Loud does not come close to describing the incredible Morocco fans, which is just about the only excuse woeful Borjan can cling to.

Every Canada touch was greeted with deafening whistles inside the Al Thumama stadium from the off, and four minutes in the experienced goalie had a complete meltdown amid the ear-splitting noise.

Steven Vitoria’s backpass sold him a little short but it was nothing to panic over, yet Borjan neither passed it or cleared it, playing straight to Ziyech 40 yards out.

He still had plenty to do but made it look so easy, lifting it over captain calamity into the empty net.

Borjan was all over the shop again, beaten at his near post, but the move was beautiful in its simplicity.

Over the top down the right by Hakimi, bullish Sevilla striker En-Nesyri brushed off the challenge and took one touch with his thigh before drilling home.

As the party reached fever pitch, a small sting in the tale came five minutes before half-time as Canada found a way back into it.

Not through any brilliance on their part, mind, but an own goal from West Ham defender Aguerd as he diverted Sam Adekugbe’s cross into his own net.

John Herdman’s Maple Leafs pushed and pushed after the break, desperate to claim their first ever points at the World Cup.

And their big moment came 70 minutes in from a corner when 39-year-old sub Atiba Hutchinson cannoned a header off the bar.

A whisker from crossing the line as it dropped down, Steven Vitoria then nodded the bouncing ball over the top.

It was a huge let off as an equaliser would have made the final 20 unbearable for the fanatical fans.

But they hung on to claim the win – one which will go down in legend for decades to come.