Seven years ago today, I was disciplined by the Professional Game Match Officials Limited when I was dropped from the Premier League and rightly so. 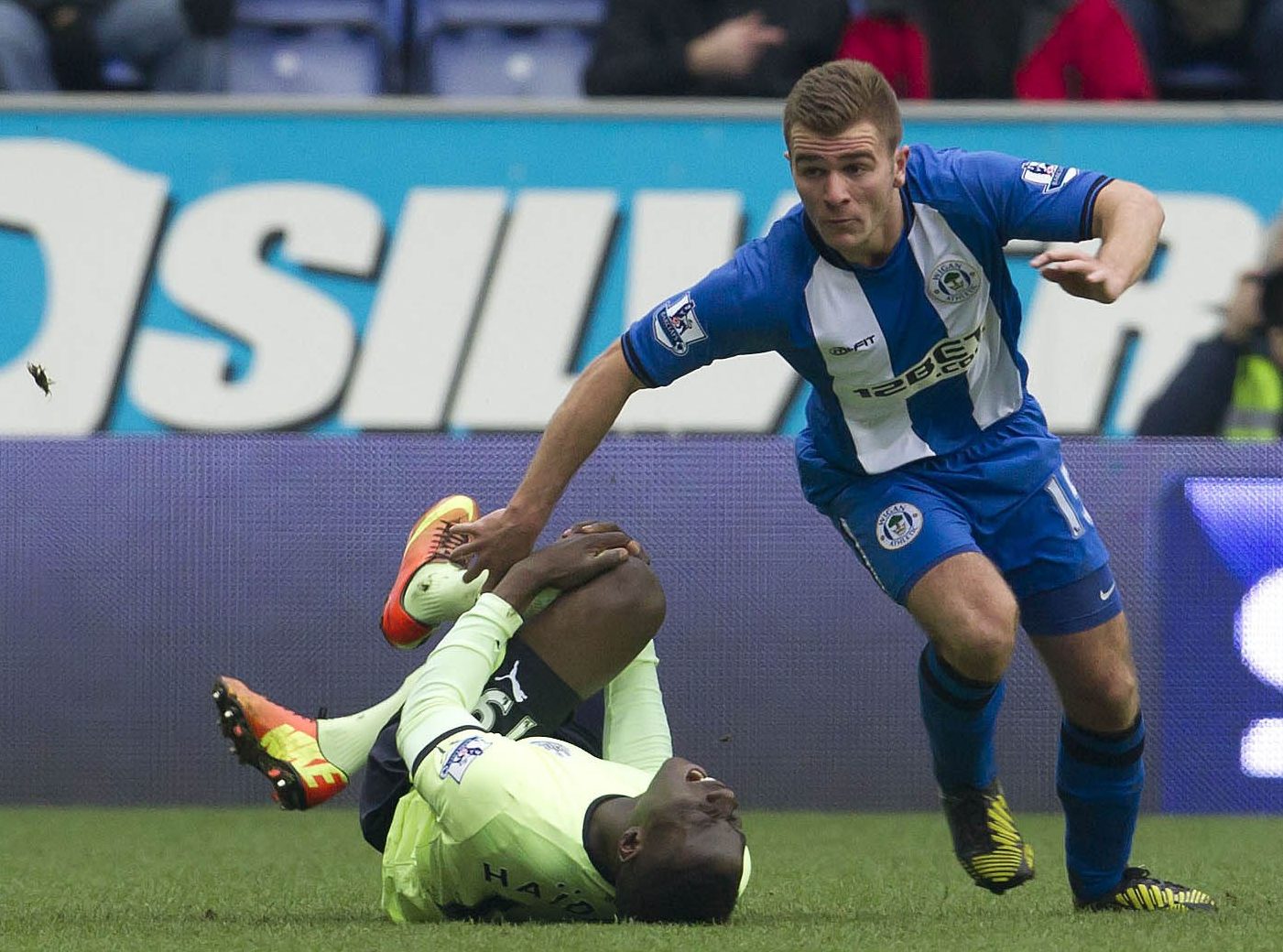 I remember the game in March 2013 at Wigan’s DW Stadium vividly to this day and it still hurts me.

I made mistakes in my career but none as massive as this one.

In fact, my error was so bad it made me consider retiring and I hung up my whistle at the end of the season.

Newcastle fans have always given me stick since but I only missed McManaman’s wild tackle because Mapou Yanga-Mbiwa blocked my view. Haidara was carried off on a stretcher and ended up in hospital but there was no player reaction to the challenge at the time.

I prided myself on getting decisions like that right but on that occasion I got it wrong and it made me question my future.

I’d been through a lot having come back from cancer three years earlier and I looked at my fitness and positioning and thought, ‘Is my body telling me it has had enough?’

The tackle happened in the 22nd minute and, by half-time, the Newcastle bench had seen it again so it all kicked off even before I reached the tunnel.

Both benches squared up to each other so I waited for the melee to clear. But, as I returned to my dressing room, Newcastle boss Alan Pardew stood behind the tunnel door and delivered a volley of abuse. I only knew I’d missed a horrendous tackle when Sky’s floor manager told me. I sat down in my dressing room and thought, ‘For f***’s sake’.

I wish VAR had been around then as I could have either looked at the monitor or got a nod from Stockley Park.

I went out to referee the second half but the incident stayed in my mind.

After the game, I got on the bus which took us back to our hotel and my colleagues were quiet. I went home, thinking only about the incident.

I was given a DVD of the match by Sky so I fast-forwarded the tape and watched the tackle straight away. I looked at it and thought, ‘Oh my god, how have I missed that?’

My stomach turned and I couldn’t even eat that night. I felt sick. I class myself as a top referee and had I seen it, as I put in my report, I would have sent off McManaman for serious foul play.

I got a call from Pardew. He realised after watching the incident again it was impossible for me to see. But the FA said no action could be taken as one of the assistants was looking in the direction of the challenge.

When the fixtures came out on March 25 for the next round of Prem games, I had a gut feeling I’d be dropped for some weeks.

And, sure enough, I was out of the top flight for five weeks.

I understood why. Instead, I officiated Coventry’s League One game with Doncaster, a Championship game between Watford and Cardiff and did not appear back in the Prem until towards the end of April for three games before I retired.