THE president of the Bulgarian Football Union has blasted England and boss Gareth Southgate for suggesting their fans are racist. 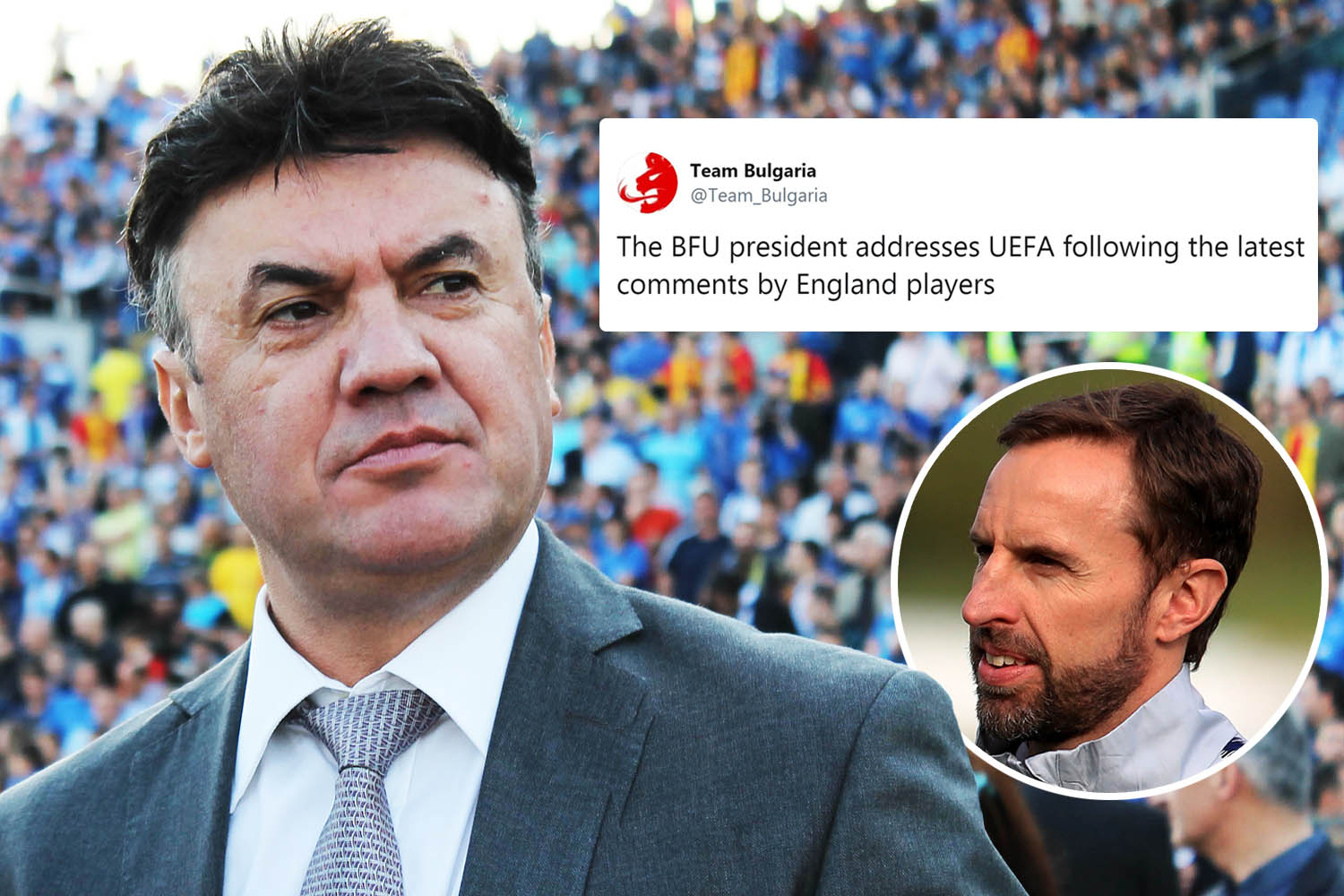 England have recently revealed they will walk off the pitch in Sofia if there is any racism, with the FA ready to back the players.

The claims are said to be on the back of Bulgaria being slapped with a Uefa sanction for alleged racist behaviour in 2011.

Now, in a lengthy letter to Theodoridis, Mihaylov wrote: "It is with a great feeling of regret that I find myself obligated to address you regarding a matter that I assumed to have been peacefully resolved at the end of last month.

"I first raised awareness about the issue at hand following England manager Gareth Southgate’s comments on potential racial abuse in England’s visit to Sofia on October 14.

"[Those were] comments the Bulgarian Football Union, the Bulgarian general public and I personally find offensive due to unjust branding of the local spectators as people inclined to discriminatory behaviour.

"Following the communication with English FA president Greg Clarke I was informed that Southgate’s concerns were mainly due to the fact that Bulgaria received a Uefa sanction for racist chants in 2011.

"Even though I view these comments as disregarding of all the work that the BFU has done over these eight years, I truly believed that our federation’s immediate reaction would result in a more constructive handling of public and media matters in the eve of the game in Sofia."

Mihaylov then goes on to attach articles in which England's players have openly discussed the potential for racism in Bulgaria – and how they will defy Uefa by storming off.

He even went on to suggest England are only worried about abuse due to poor behaviour from fans on home soil.

Mihaylov wrote: "We are aware of the recent problems with racist behaviour in all tiers of English club football and with England’s ongoing battle with hooliganism.

"Although we sincerely applaud the FA’s initiative for the English fans to report trouble within the visiting crowd we are extremely shocked at all efforts to involve and even mark out the Bulgarian spectators as potential troublemakers."

Mihaylov went on to say Bulgaria have taken huge strides in their battle against racism – and this pre-match chatter from England is unfair on fans.

The letter continued: "The Bulgarian Football Union’s energy in battling racism in the last decade has proven to be effective as there has not been a single recent incident during a national team game involving hatred or discrimination due to skin colour, race, religion or political views.

"I find myself obliged to voice my concerns over the fact that the Bulgarian fans are being made subject of public reprimand and scrutiny and demand for this demeanour to be ceased as not to cause any unnecessary tension prior to the game on October 14.

"We feel that this fixation on potential incidents during the game in Sofia does not to justice to the Bulgarian supporters, the general public and to the extreme efforts and measures that the Bulgarian Football Union has taken in order to ensure a fair and safe environment."

Anti-racism "spotters" will be in the crowd for the game, with captain Harry Kane ready to lead his players off the pitch in Sofia if there is any abuse.

England were infamously subjected to disgusting chants in their match against Montenegro earlier this year.

Raheem Sterling, Callum Hudson-Odoi and Danny Rose were both targeted in Podorica, with the Manchester City man hitting back.

Now, the FA have revealed they will back the England players if they act in response to any racist chanting in the Bulgarian capital.

Tammy Abraham also revealed he would walk off the pitch, saying the Three Lions "don't stand for silly abuse".

The Chelsea star said: “Harry Kane said if it happens we speak to the player and if he’s not happy, we all come off the pitch together.

“We would let the FA or whoever deal with whatever's next, the scores or what happens with the points.

England take on Czech Republic in Prague on Friday, before heading to Sofia to face Bulgaria on Monday in the latest matches in their Euro 2020 qualifying campaign.