Fabrizio Romano claims the England star has been ‘approached’ by a few teams after becoming a key man for club and country. 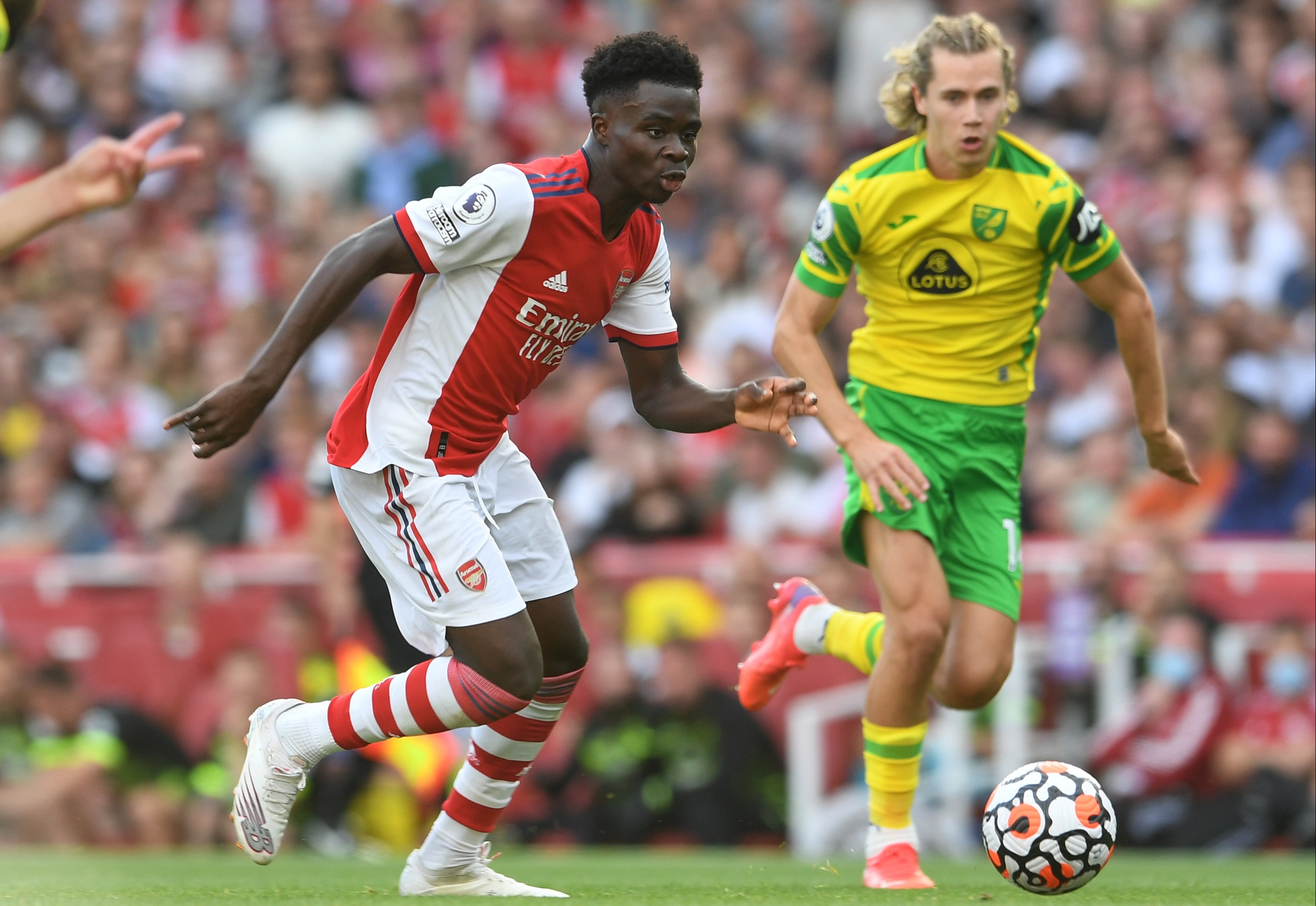 However, Arsenal have no intention of selling Saka as they consider him ‘untouchable’.

Despite only turning 20 years old this month, Saka has already clocked up 93 appearances for the Gunners, making his debut as a 17 year old in November 2018.

Having played as a wing-back, Saka now looks to have cemented his place in Mikel Arteta’s front three.

But that hasn’t stopped several clubs from registering their interest.

Romano told the HereWeGo podcast: “Some clubs are starting to approach Bukayo Saka, as he’s one of the best players in his position for the future.”

But unfortunately for the suitors, Arsenal will not be parting ways with Saka any time soon.

Romano added: “Arsenal consider him untouchable. They are planning to build on players like Saka.”

One man full of praise for the Ealing-born ace is Folarin Balogun’s brother Royce.

He told the What The Footie? podcast: “Bukayo’s one of the best young ballers I’ve seen.

“He’s sky-rockted and never given up or got jaded by the success he’s had.

“If you keep going you just have to take your chances when you get them.”