Tom Brady’s lukewarm performance during the Tampa Bay Buccaneers’ Week 1 loss to the New Orleans Saints isn't a cause for panic in the team’s locker room, according to one of the team’s star wide receivers, Chris Godwin.

Brady threw two interceptions during a Buccaneers debut that featured multiple miscommunications on offense. Godwin, who led the Buccaneers with six catches for 79 yards last Sunday, attributed the offense’s struggles to a lack of reps during the NFL’s disjointed preseason and said he doesn’t “have any concerns at all” about Brady’s ability to return to star form.

“The Saints did a really good job of doing what they do and sticking to their game plan, but for us, we have to make sure that we’re making the right plays, we’re not killing ourselves with penalties or turnovers,” Godwin told FOX Business. “I think those things will continue to get better, I think our continuity will continue to grow and get better as well. It’s going to take a little bit of time, we didn’t have any preseason so it’s going to take a couple of games for us to really get rolling, but once we do – watch out.” 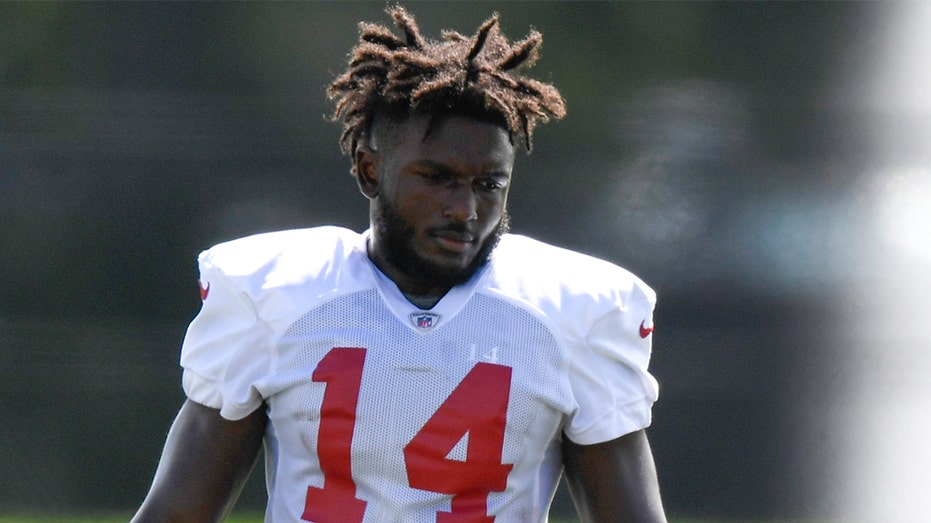 Brady completed 23 of 36 passes for 239 yards during the Buccaneers’ 34-23 loss, tossing two touchdowns and adding another score on the ground. A six-time Super Bowl champion, the 43-year-old Brady signed a two-year, $50 million contract with the Buccaneers during the offseason.

Brady’s temper flared at times as the Buccaneers offense struggled to get on the same page. Godwin said Brady’s reputation as an intense competitor was “as advertised” during his Buccaneers debut and praised the veteran quarterback for pushing the team to be better.

“I don’t think he’s winning six championships without being really, really intense. If you look across sports, you see the same thing with guys like Michael Jordan, Kobe Bryant and stuff like that,” Godwin said. “I think his intensity is very welcome. We were kind of in need of a guy like that to continue to raise our expectation levels as a team and as an organization, we’re working to change that culture and continue to raise the bar.”

The Buccaneers and Saints played in front of empty stands at the Mercedes-Benz Superdome due to local restrictions during the coronavirus pandemic. Godwin said the fan-less environment created an eerie atmosphere during the game, with both teams able to clear hear sideline chatter that would never be audible under normal conditions.

While NFL teams are adjusting to empty stadiums and a host of safety protocols, one game-day tradition made a surprise comeback. Godwin was among the first NFL players to participate in a post-game jersey swap, trading uniforms with Saints wide receiver Emmanuel Sanders in a show of mutual respect.

The NFL initially banned jersey swaps this season, but reversed course and allowed players to keep up the tradition as long as the uniforms are washed first and exchanged by mail. In a partnership with the NFL, Tide Laundry Detergent will cover the cost of one replacement jersey per player per game and make its product available for the jersey cleanings.

Godwin said that players are thrilled that the game-day tradition is making a comeback despite the pandemic.

“A lot of his NFL players were really hype when we found out that we were going to be able to swap jerseys, especially after earlier in the offseason, being told that we weren’t going to be able to,” Godwin said. “Once I saw that, I jumped at the opportunity. I hit up Emmanuel, we have mutual interests and really just kind of got to work there.”