The ACT Brumbies are confident they can fend off overseas poachers trying to take their Wallabies stars despite losing lock Rory Arnold to French club Toulouse.

As revealed by The Canberra Times, Arnold will join Toulouse after the World Cup next year and will link with twin brother Richie in the South of France. 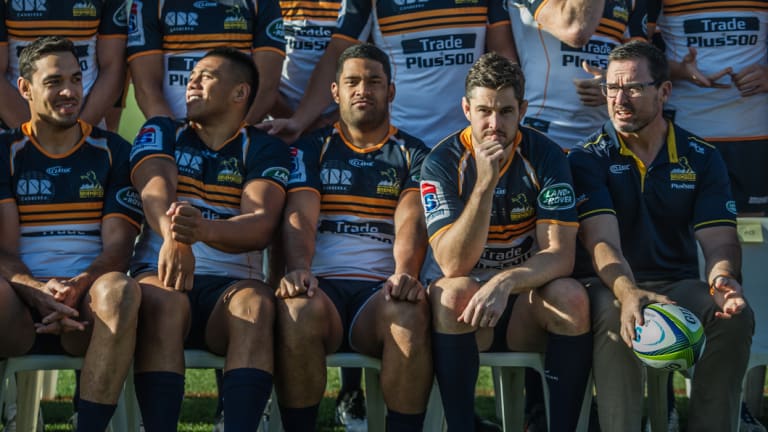 The Brumbies, who announced a $57,000 profit for the year at their annual general meeting on Thursday, are expecting some of their senior players to move abroad in the coming years.

David Pocock, Christian Lealiifano and Sam Carter will all be targeted by clubs in Japan and Europe, while a host of other big names will also weigh up their future as they sit on the Wallabies fringes.

But chief executive Phil Thomson is confident the Brumbies can keep a core group of talent together, including rising Wallabies Tom Banks and Folau Faingaa, to give them roster stability.

"We know that the end of a World Cup cycle, which happens at the end of next year, that there will be an amount of player turnover," Thomson said.

"Players will leave Australian rugby, and that has happened in the past. What we will endeavour to do is keep the players we'd like here longer term.

"That won't happen in all cases, but we'll work hard to make it the best for everyone. It's disappointing Rory is going, but we certainly understand his reasoning and thank him for his time at the Brumbies."

The bulk of the Brumbies players will finish training on Friday before the rest of the squad returns at the start of January to ramp up Super Rugby preparations.

The group of off-contract players will juggle negotiations with the Brumbies, Rugby Australia and any potential overseas suitors to finalise their respective futures in the coming months.

Thomson has one eye on contract developments, but is also watching the club's financial books closely after recording back to back profits for the first time in 10 years.

The Brumbies, however, are predicting to make an operating loss in 2019 as they sweat on finding sponsorships and boosting crowd numbers after a record-low year in attendances.

Thomson has been buoyed by news Rugby Australia is set to invest in a Super Rugby promotional campaign next month to boost the profile of the competition. 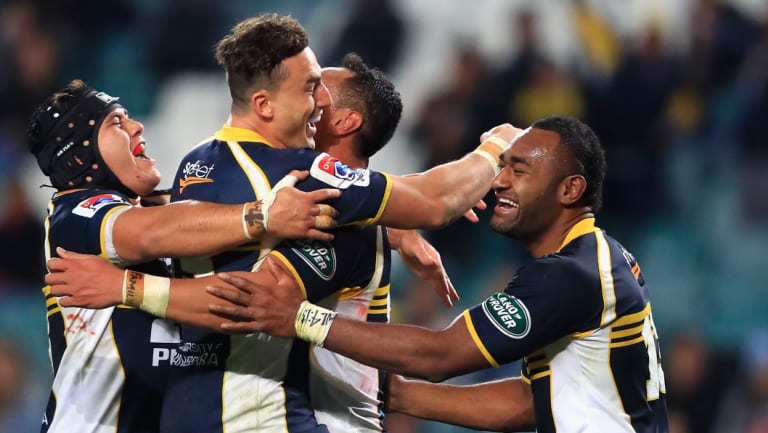 The Brumbies will be aiming for a return to the finals in 2019.Credit:AAP

The Australian governing body has been reluctant to spend money on advertising Super Rugby in recent years, but has decided to try to help its franchises lure crowds back to venues.

The Brumbies attracted just 8391 fans per home game this year, the lowest in the club's 22-year history.

"[Advertising] is something they haven't done for a while, on that front Super Rugby has been neglected a little bit," Thomson said.

"That's why we've all struggled. We don't have a massive marketing budget, and that's where the national organisation comes into it. You think of the money NRL, AFL and cricket pump into their marketing, we need to do something."

The ACT Rugby Union board elected Matt Nobbs as its chairman at the end of year meeting on Thursday night, while Peter Johnson will replace Bob Brown as president.

The Brumbies are one of the only Australian franchises to turn profits and their financial position is strong given the club lost more than $3 million between 2014-16.

But Thomson, who started as chief executive in October, acknowledged the club faces a tough challenge to continue the profit trend next year.

"The sporting landscape is a difficult one and everyone has worked hard to achieve a profit this year," Thomson said.

"With our budgeting and projections for next year, we're looking at a small loss [for 2019], but we're still looking at sponsorship and partnership opportunities and hopefully some good crowds to support the team."