IT IS another ominous seven for Sean Dyche — and it is some way from heaven.

Seven games without a win at the start of a Premier League season for Burnley — and the last time that happened in 2014-15, they were relegated. 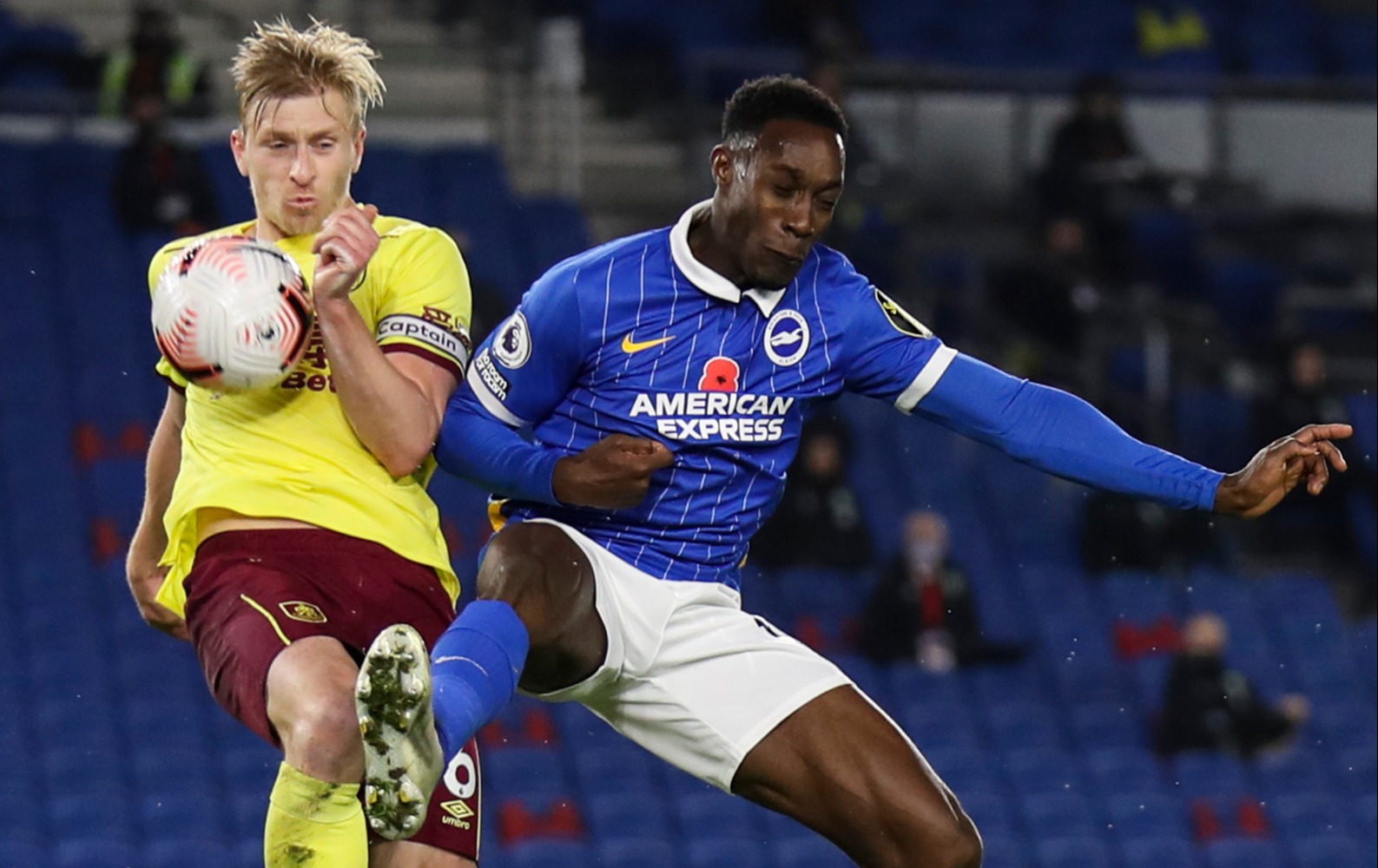 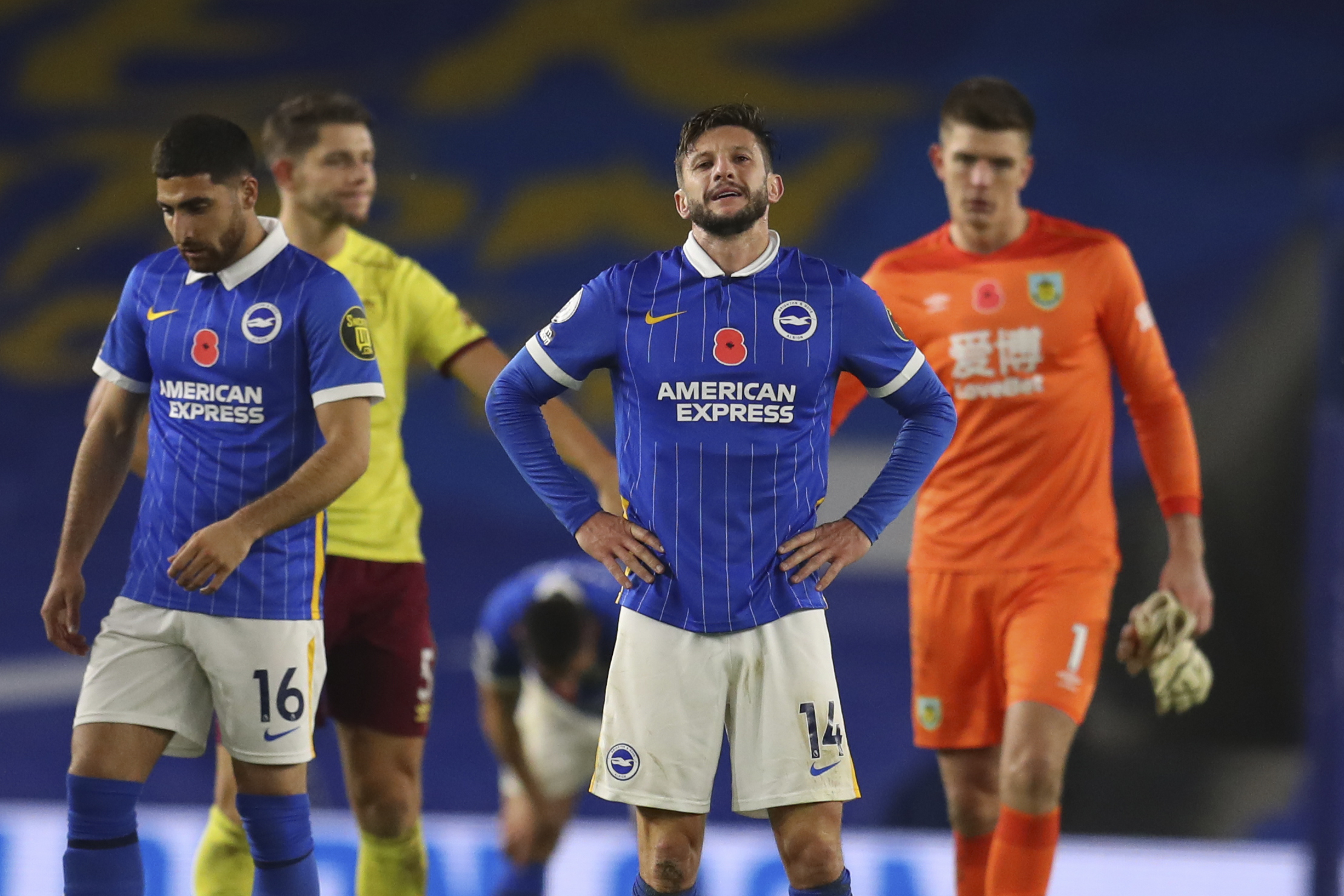 Back then it took them until their 11th top-flight match to record their first  victory,  something which is not beyond the realms of possibility once more.

And if last night was anything to go by, the dependable Dyche survival act of years gone by could soon be coming to an end.

Toothless. Ineffective. A team that was once feared by many as the Prem’s  lovable bruisers are currently struggling to get off the canvas in their worst-ever start.

On this occasion, they came up­ against a Brighton side who may have found their very own fab front three in Danny Welbeck, Adam Lallana and the returning bad-boy Neal Maupay.

And when they find their shooting boots, it could be the defining factor in turning around results for the one-win South Coast side.

After Graham Potter dropped Maupay against Tottenham following a behind-closed-doors incident, the Frenchman looked to be back to his best, while Welbeck’s first start for the club showed he has a lot to give in a Seagulls shirt.

The return of Ben Mee was a boost for the visitors as the Clarets skipper had been out since June with a thigh injury.

Manager Dyche warned pre-match that his talisman and leader lacked match sharpness and it showed in the opening seconds with an unwanted slip in his own area. 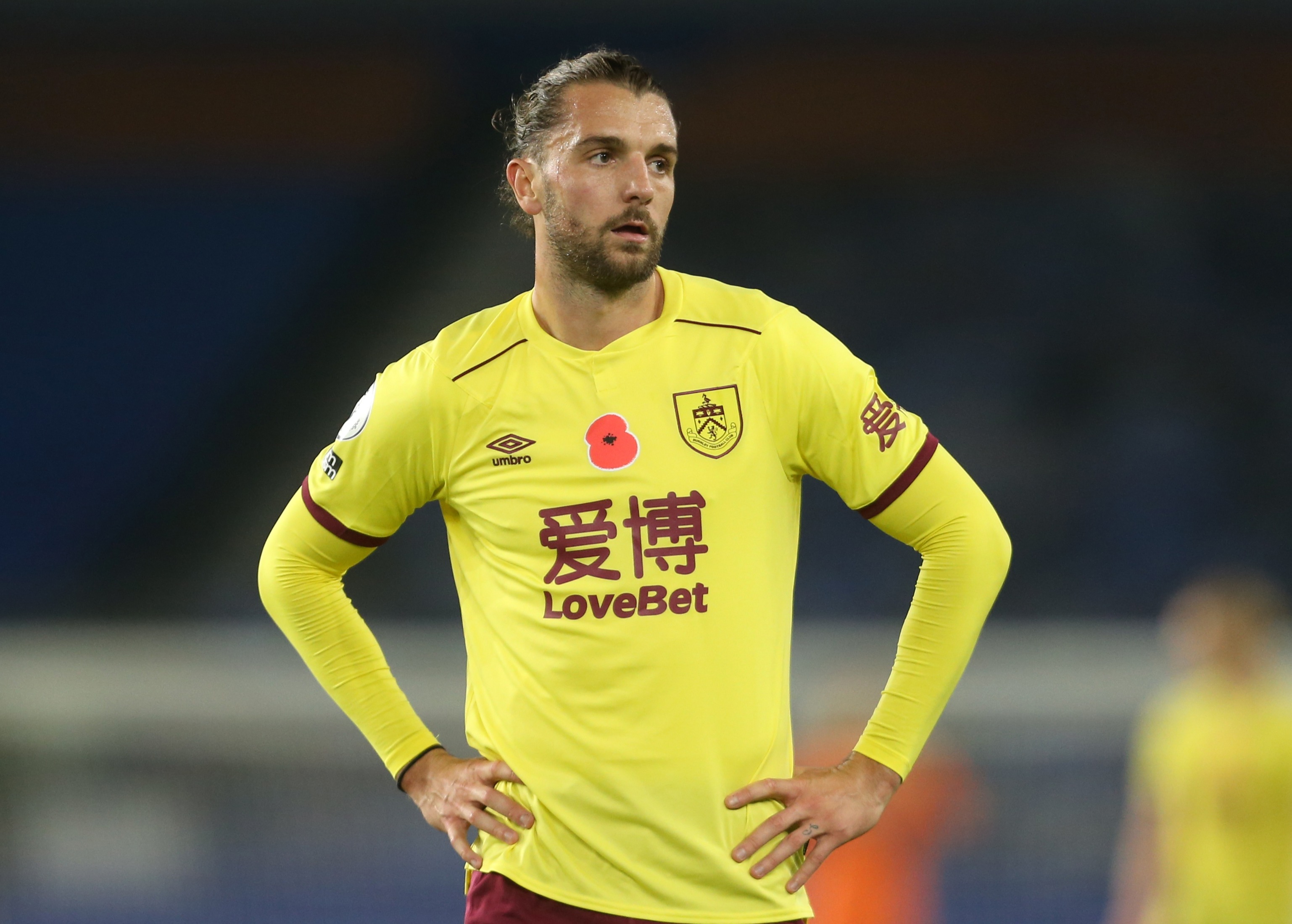 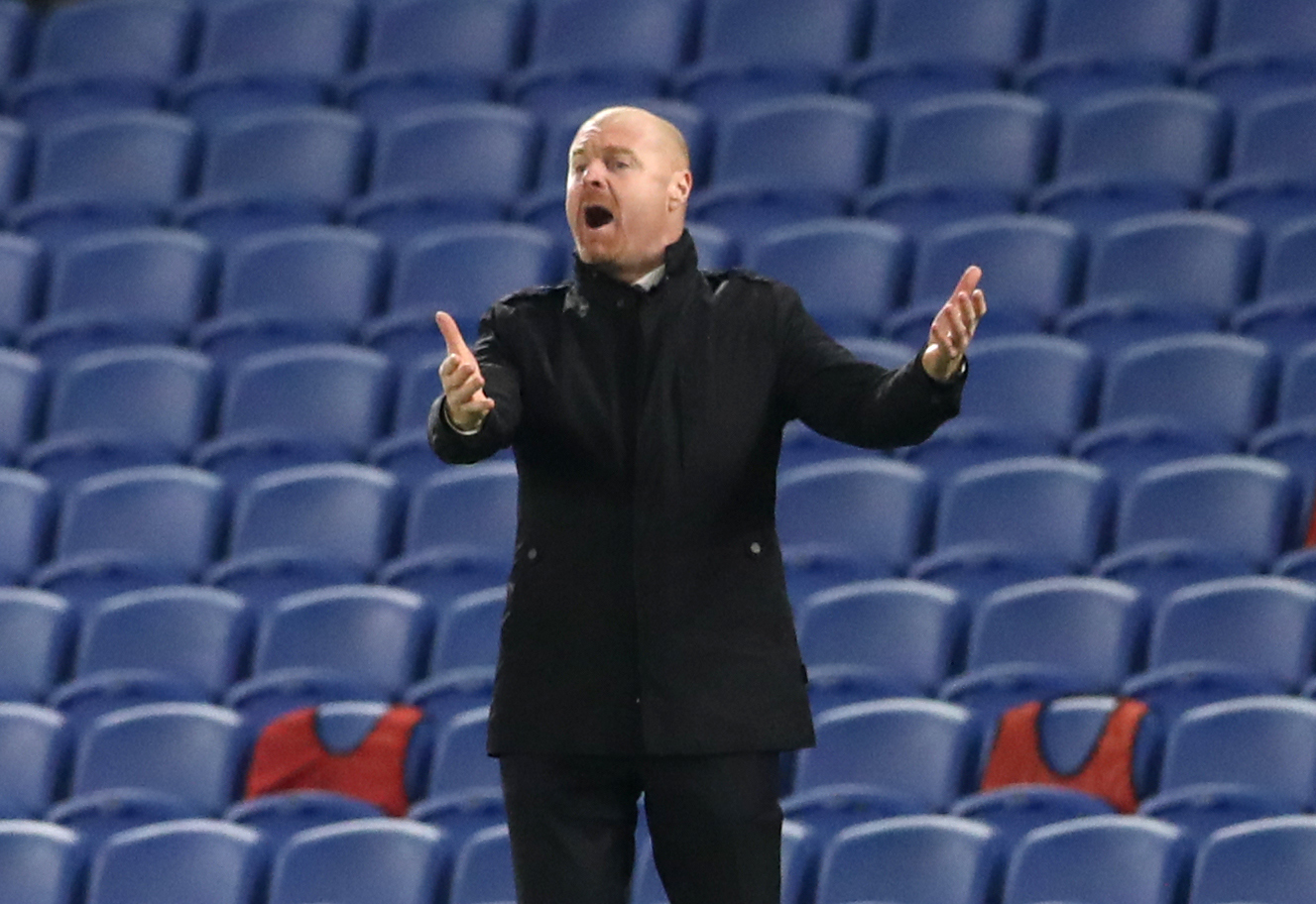 The tumble allowed former England striker Welbeck to race in behind and pull back for an on- rushing Tariq Lamptey, only for the in-form wing-back to blaze over from ten yards.

Burnley responded with their best chance of the half.

Matt Lowton’s over-hit cross was misjudged by keeper Mat Ryan as it smacked the bar but Chris Wood failed to react for the rebound.

But that was about it from the Clarets as they spent the rest of the first half rolling over, giving Brighton possession and hoping for the best.

The fact Burnley failed to pepper their hosts’ box with crosses was a shock in itself, as the two goals Brighton have conceded from open play — without the suspended Lewis Dunk — have come from balls out wide.

Brighton were wasteful with their own chances, however, as Welbeck and Maupay began a sequence of several neat link-ups on the edge of the box that had James Tarkowski and Mee scrambling. 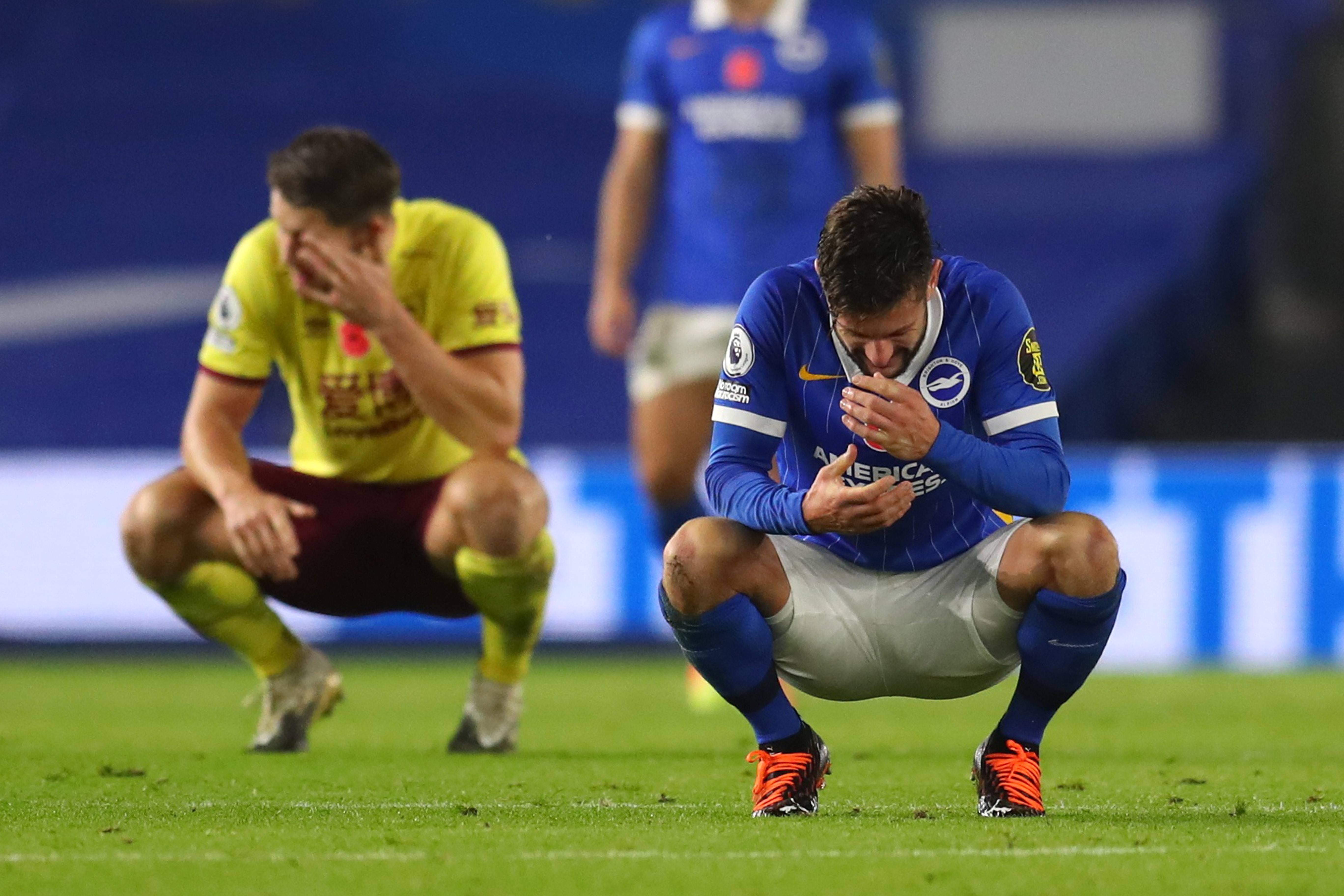 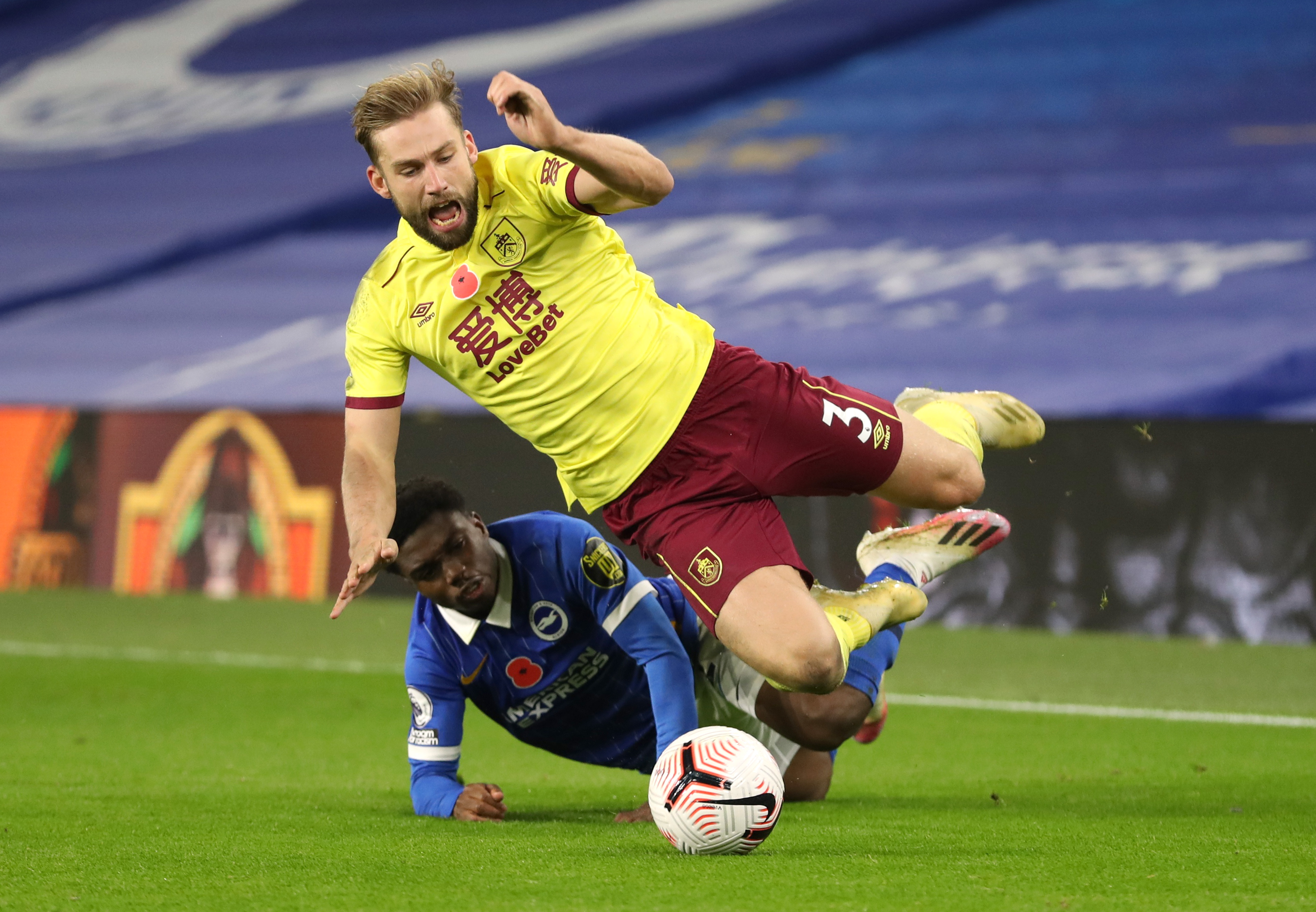 Soon after, Lallana joined in with a whipping cross to an unmarked Pascal Gross, whose guided header was straight at goalkeeper Nick Pope.

But Brighton’s talented trio then showed what they are really capable seven minutes before the break.

Maupay drifted wide, providing space for Lallana to dart inside and slide in Welbeck for a one-on-one that he should have buried had it not been for Pope’s outstretched right foot.

A save that under-pressure England No 1 Jordan  Pickford would not have liked seeing from his sofa ahead of the international break.

But, again, Pope stood firm with a smothering block. 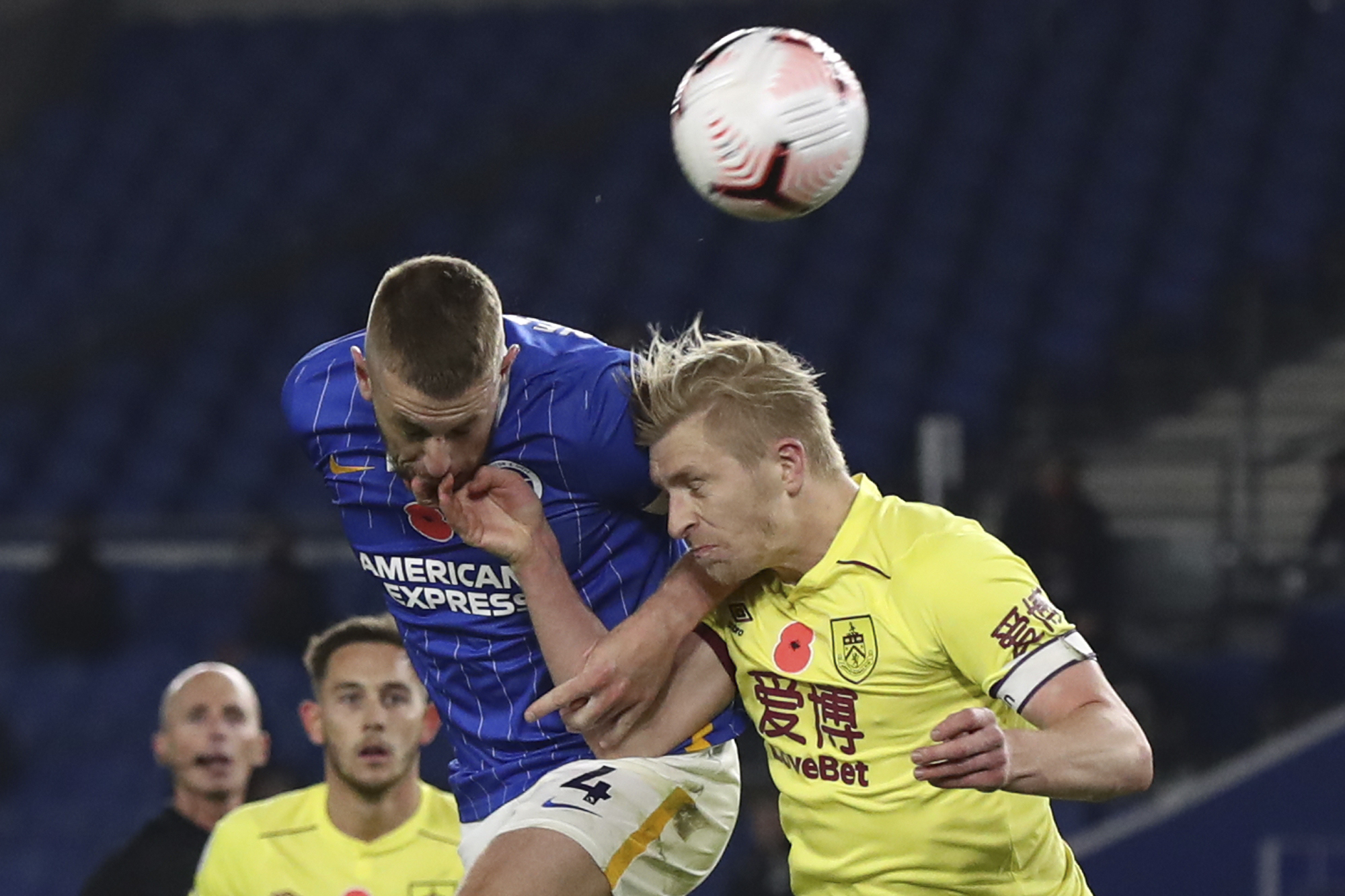 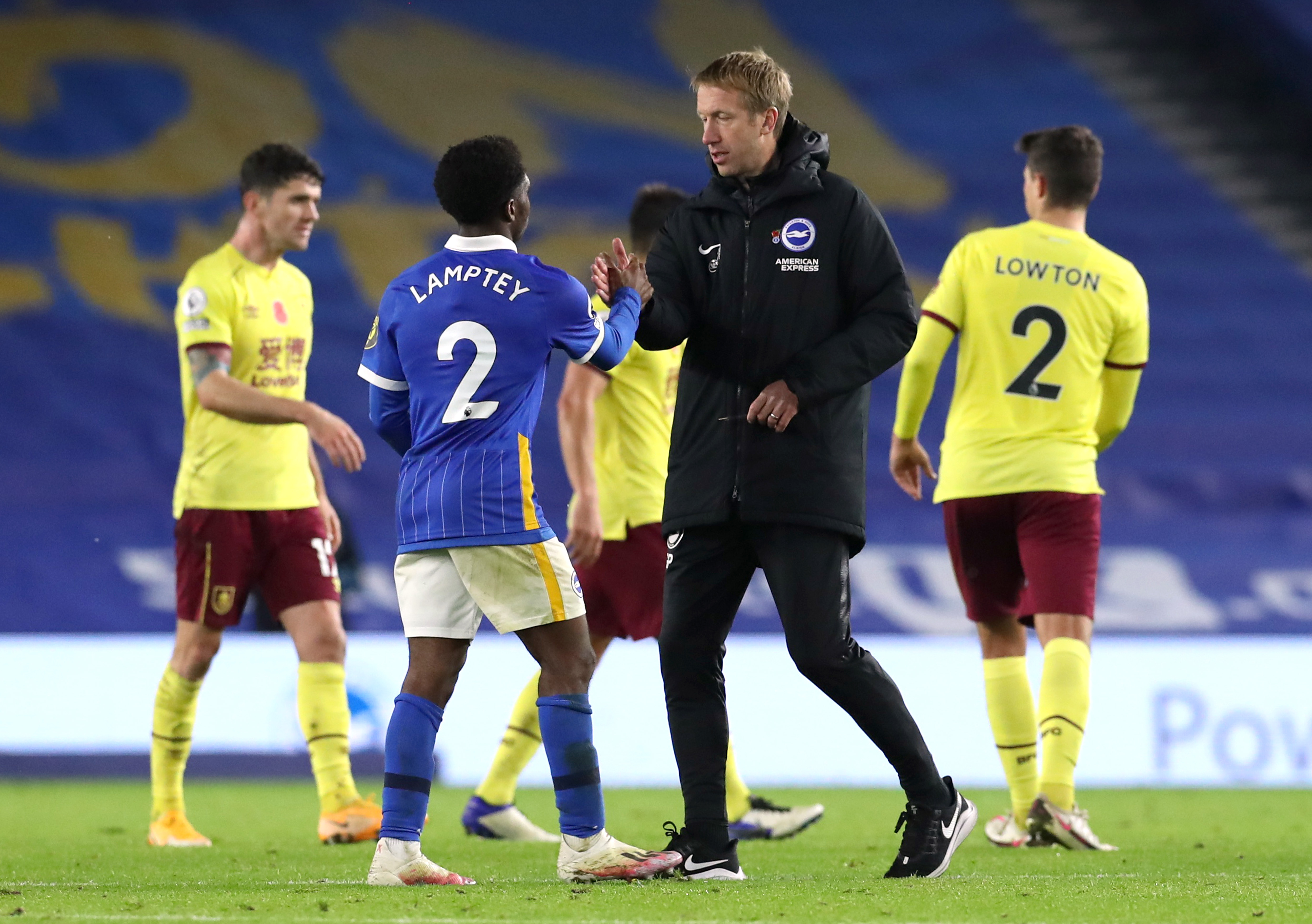 As half-time approached Brighton were creating chances with ease and went into the break having made 12, the most they have ever had in a top-flight first half.

And despite an enthusiastic start to the second half by Burnley, wave after wave of Brighton attacks flooded through the gaps.

Lallana was at the heart of the  creativity once more with a cutting pass to get Welbeck in behind again, before Maupay’s curled effort from outside the box was well blocked.

Welbeck’s willingness to run then gave Gross the chance to let rip, only for a block by Mee to thwart the hosts.

Blocks were about the only statistic Burnley led in, with Tarkowski putting in yet another to deny Maupay in the 68th minute, before Lamptey’s acrobatic effort at the far post was foiled by  Charlie Taylor.

By now, despite the introduction of Jay Rodriguez from the bench, Burnley’s blocking prowess was in full force as Brighton probed with persistence.

And despite seeing that grit and desire to defend earn them an undeserved point, Dyche will know the importance of ending this potentially fatal winless spell.