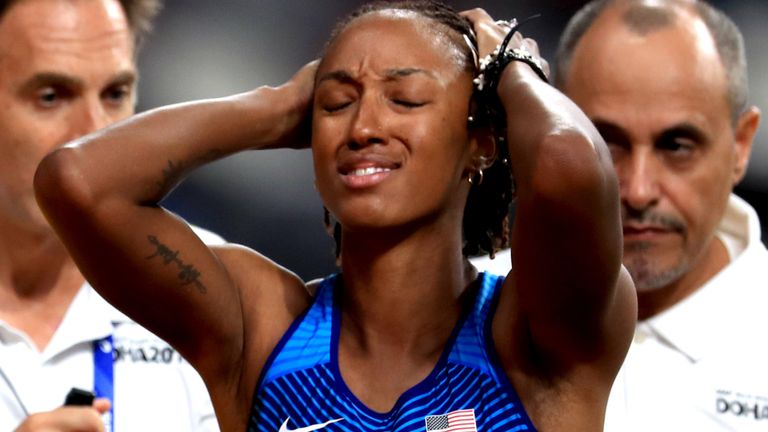 McNeal, who had been charged and provisionally suspended for “tampering within the results management process” in January, was sanctioned by a Disciplinary Tribunal as it was her second violation of World Athletics’ anti-doping rules.

The 29-year-old, who won gold at the 2016 Rio Olympics and was world champion in 2013, had denied testing positive for any banned substance.

The ban is effective from August 15, 2020. The AIU said McNeal has appealed against the decision to the Court of Arbitration of Sport (CAS), with the case set to be heard before the Tokyo Olympics.

The AIU added that the CAS had granted McNeal “provisional relief and temporarily stayed” the tribunal’s decision so she can compete until the end of the US Olympic trials on June 27.