Brian Kelly is reportedly set to leave Notre Dame for LSU, but it’s the remarks he gave last week when he was asked about whether he saw himself leaving the school “under his own volition” that are gaining attention.

After leading Notre Dame to an 11-1 record in 2021, Yahoo Sports reported Kelly was set to become the next head coach at LSU taking over for Ed Orgeron. When the USC job was still open, Kelly had been rumored to be interested in taking over the position. It appears now he’s going to be the next LSU coach. 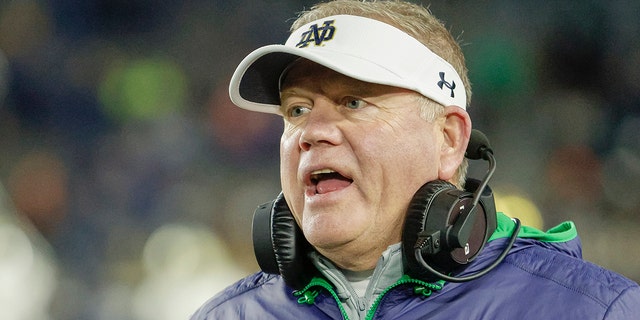 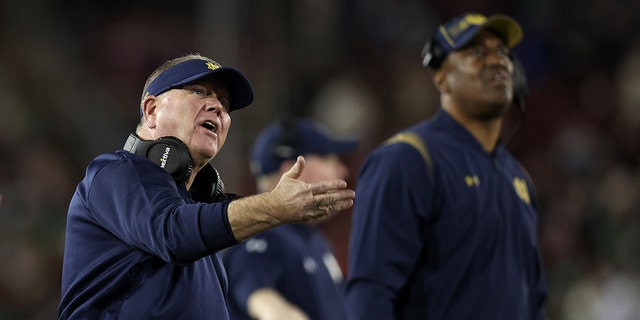 Head coach Brian Kelly of the Notre Dame Fighting Irish complains about a call during their game against the Stanford Cardinal at Stanford Stadium on November 27, 2021 in Stanford, California.
(Ezra Shaw/Getty Images)

In 2012, Notre Dame got to the BCS Championship only to lose to Alabama 42-14. Kelly and Notre Dame would reach the College Football Playoff twice but fail to win in either appearance.

Notre Dame was also hit with NCAA penalties. In 2014, the school discovered that an athletic trainer was providing impermissible benefits. The school self-reported the violation, and the NCAA determined the school needed to vacate the 2012 and 2013 victories. 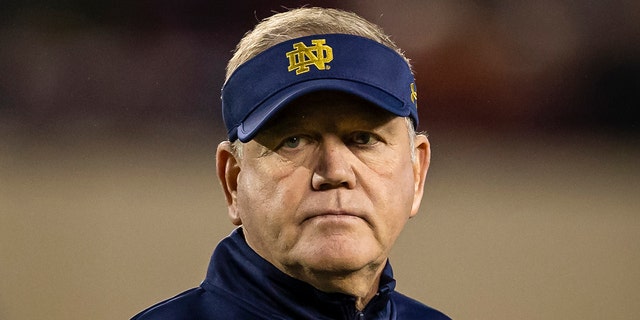 Head coach Brian Kelly of the Notre Dame Fighting Irish watches over the team before the game against the Virginia Tech Hokies at Lane Stadium on October 9, 2021 in Blacksburg, Virginia.
(Scott Taetsch/Getty Images)

Kelly led the school to nine bowl games during his tenure only missing out during the 2016 season after a 4-8 record. The team is 11-1 in 2021 with a major bowl game waiting.

He is 113-40 all-time at Notre Dame and has the most wins for a coach in school history.