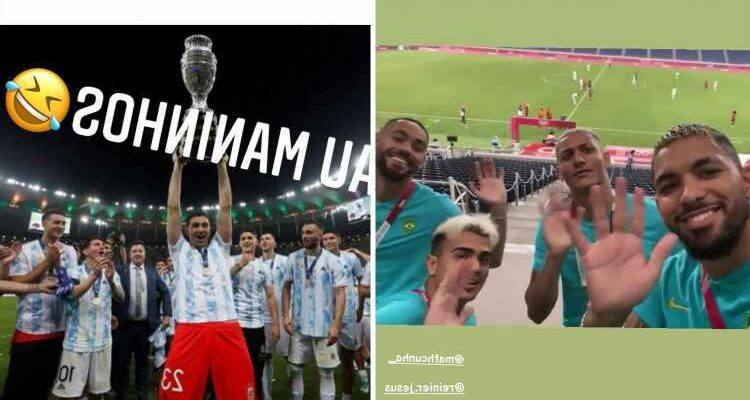 BRAZIL'S Olympic squad trolled rivals Argentina after their Tokyo 2020 exit, but it was keeper Emi Martinez who had the last laugh.

The Argentines failed to qualify for the quarter-finals of the Olympic Games following a 1-1 draw against Spain in a group game they had to win. 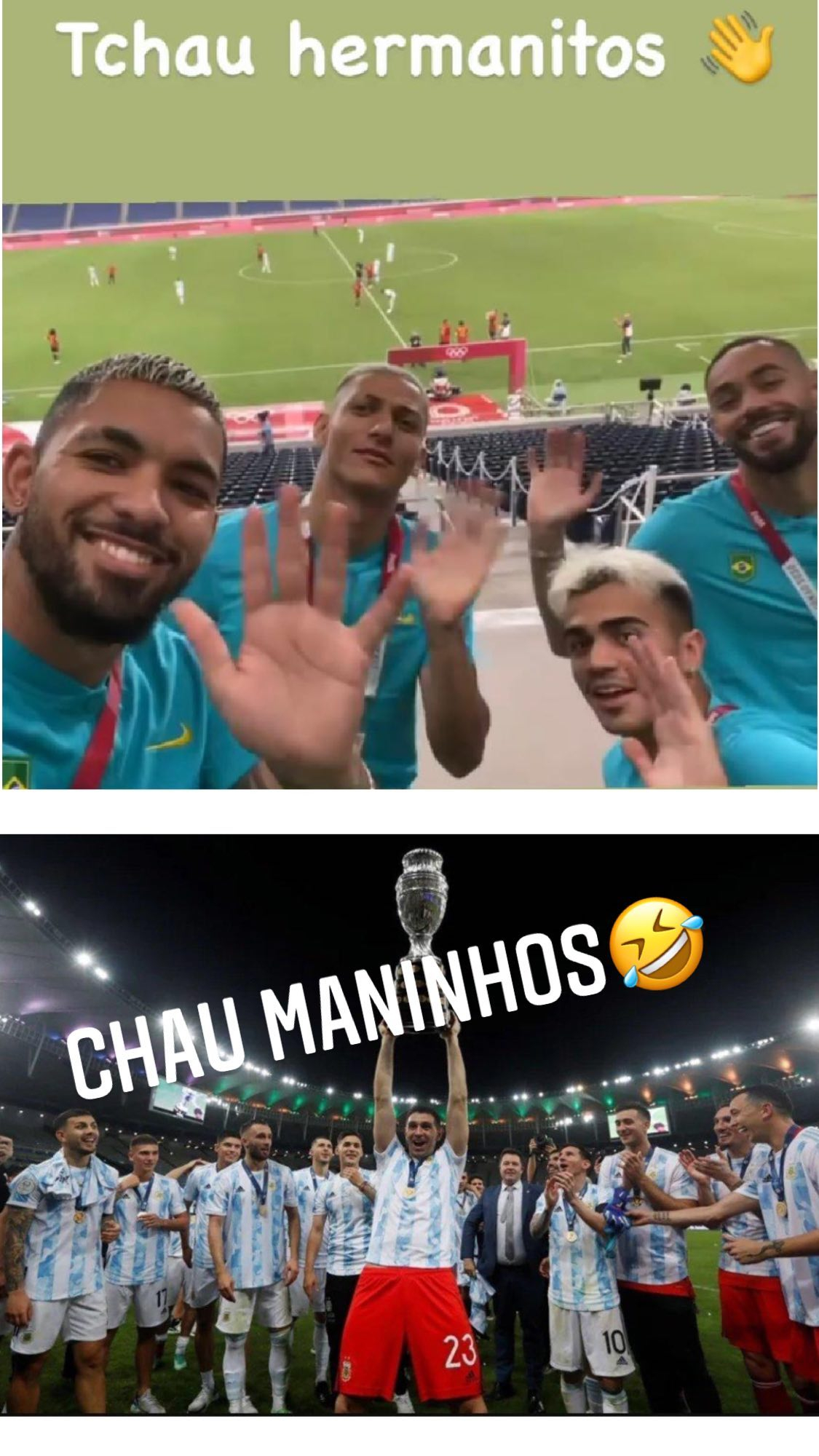 And Brazil midfielder Douglas Luiz reacted to the news in provocative fashion by posting a picture of him and a number of teammates waving goodbye, including Everton striker Richarlison.

However, Luiz was made to eat his words later on when his Aston Villa teammate Martinez got involved.

The Argentine shot-stopper posted an image of him lifting the Copa America trophy earlier this month.

Martinez, Lionel Messi and co won the tournament by beating Brazil 1-0 in the final.

And the 28-year-old keeper threw Luiz's own caption back in his face by adding: "Bye little brothers."

Unlike Argentina, Brazil advanced through to the last eight in Japan as they chase a second successive gold medal to go with their Rio 2016 triumph.

The Copa America runners-up beat Germany and Saudi Arabia and played out a goalless draw with Ivory Coast to top their group with seven points.

They will now face Egypt on Saturday morning for a place in the semi-finals.

Meanwhile, Luiz and Martinez are just over two weeks away from the start of Aston Villa's 2021-22 Premier League campaign.

Dean Smith's side kick things off with a trip to Vicarage Road to take on newly-promoted Watford on August 14.

Villa will be hoping to improve upon their 11th place finish in the Premier League last season.