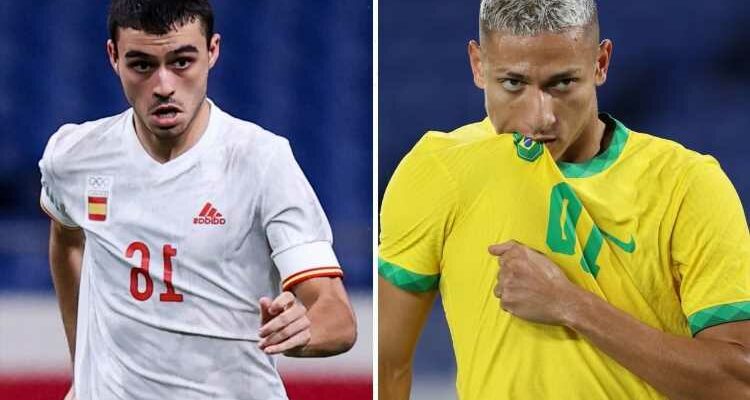 BRAZIL are defending their Olympic football gold medal against Spain as the two strongest squads in the competition face off.

The Brazilians, captained by Dani Alves, needed penalties to get past a Mexico B team after a goalless draw and will hope to see a bit more from their strikeforce in the final. 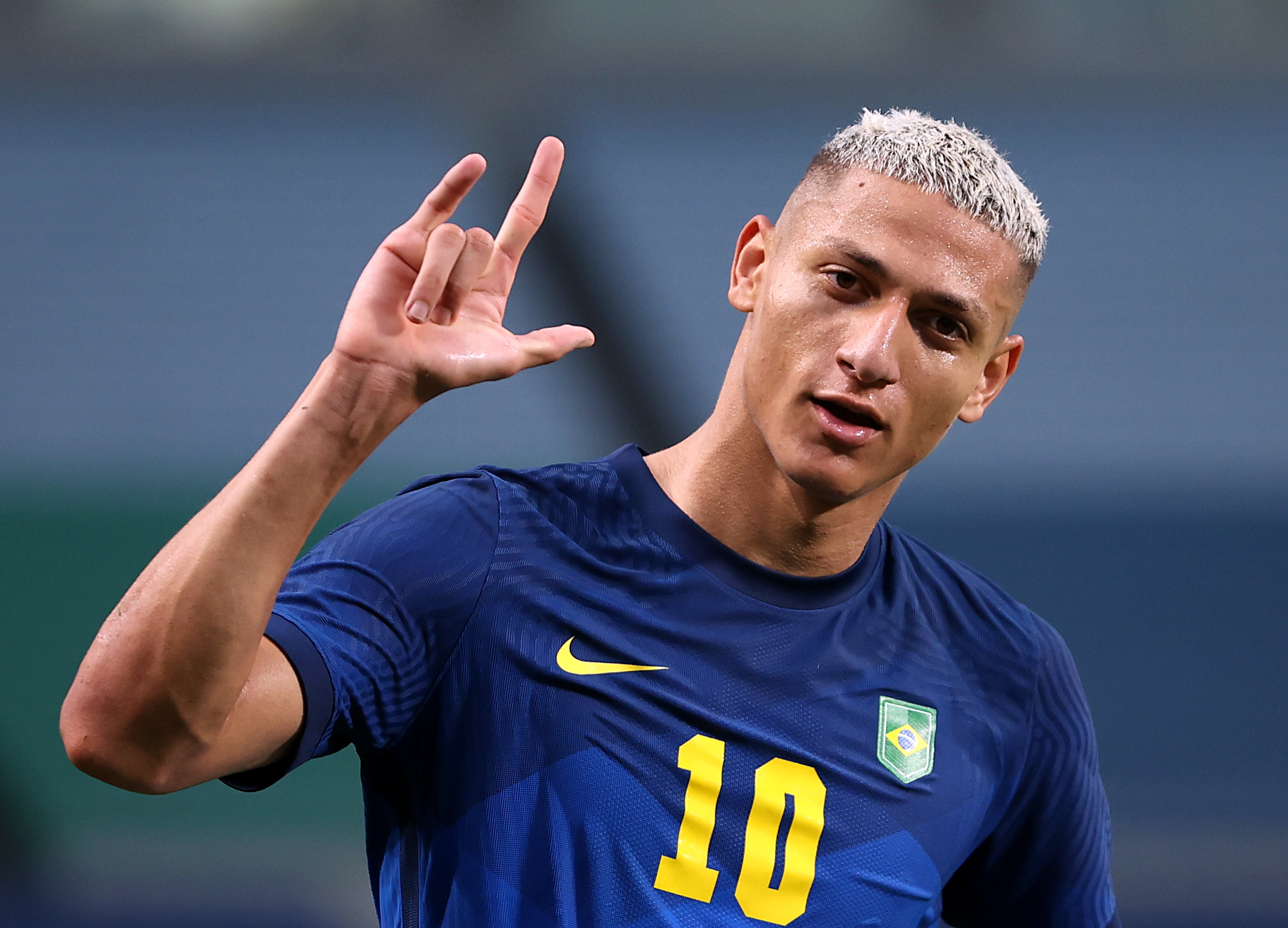 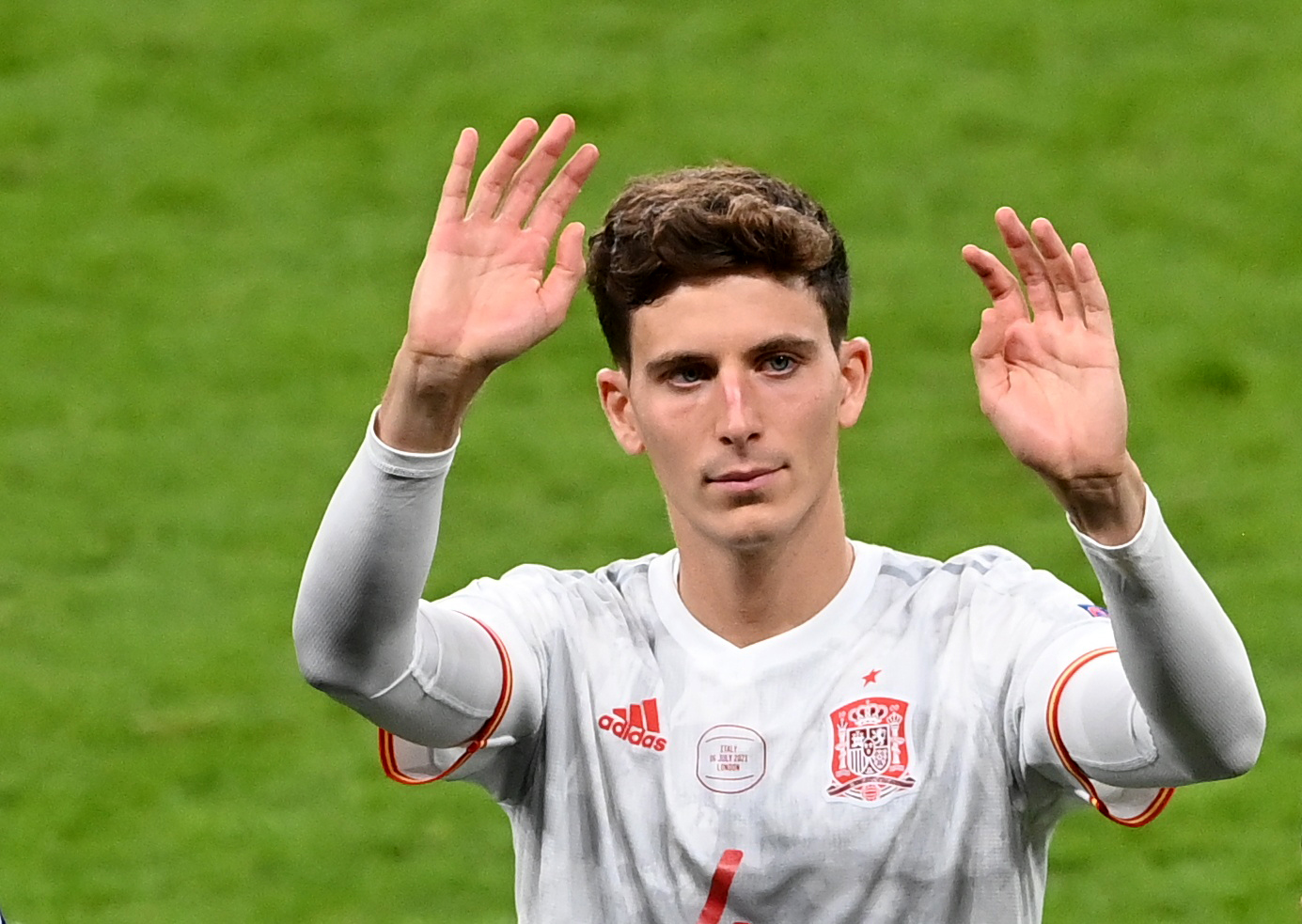 Spain were also made to work hard for a place in the final, leaving it until the last five minutes of extra time to beat Japan 1-0 through a brilliant Marco Asensio strike.

What time does Brazil vs Spain kick off?

What TV channel is Brazil vs Spain on and can I live stream it?

Richarlison is top scorer for Brazil with five goals and is almost certain to start in a front three for the Olympic final.

Paulinho, Claudinho and Antony are likely to start behind the Everton man, with Matheus Cunha set to miss out through injury.

Douglas Luiz of Aston Villa and Arsenal target Bruno Guimaraes are likely to retain their positions as holding midfielders.

And the back four of Guilherme Arana, Diego Carlos, Nino and Dani Alves hasn't changed once during the tournament, so should remain the same.

Spain boss Luis de la Fuente has a nice selection problem as he decides whether to stick with quarter-final hat-trick hero Rafa Mir in his starting line-up or revert to Asensio.

Unai Simon, who also keeps goal for the senior Spain team, can win the Golden Glove with a clean sheet in the final, as can Brazil opposite number Santos.

Martin Zubimendi, Pedri and Mikel Merino are all set to start in midfield.

Experienced defenders Pau Torres and Eric Garcia should retain their spots at centre-back.

Meanwhile at full-back De La Fuente will choose between keeping Marc Cucurella and Oscar Gil in the line-up or reverting to the quarter-final pairing of Juan Miranda and Oscar Mingueza.

To win in 90 minutes

To win the gold medal

*Odds from Betfair correct as of Thursday, August 5