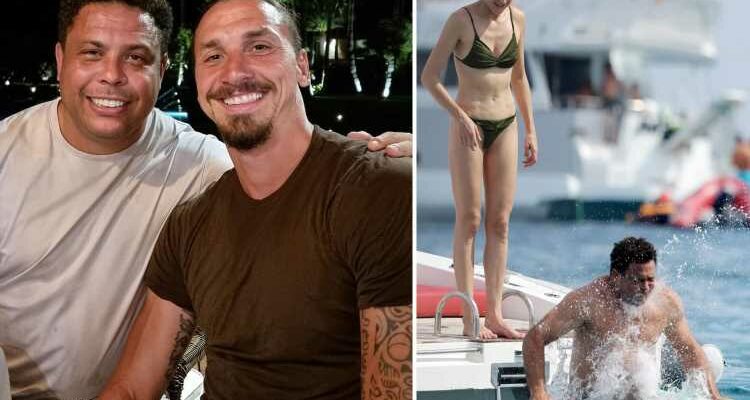 BRAZIL legend Ronaldo was spotted relaxing on a yacht off the coast of Ibiza with girlfriend Celina – before bumping into Zlatan Ibrahimovic on holiday.

El Fenomeno, 44, appeared to be enjoying his summer break as he splashed around in the ocean. 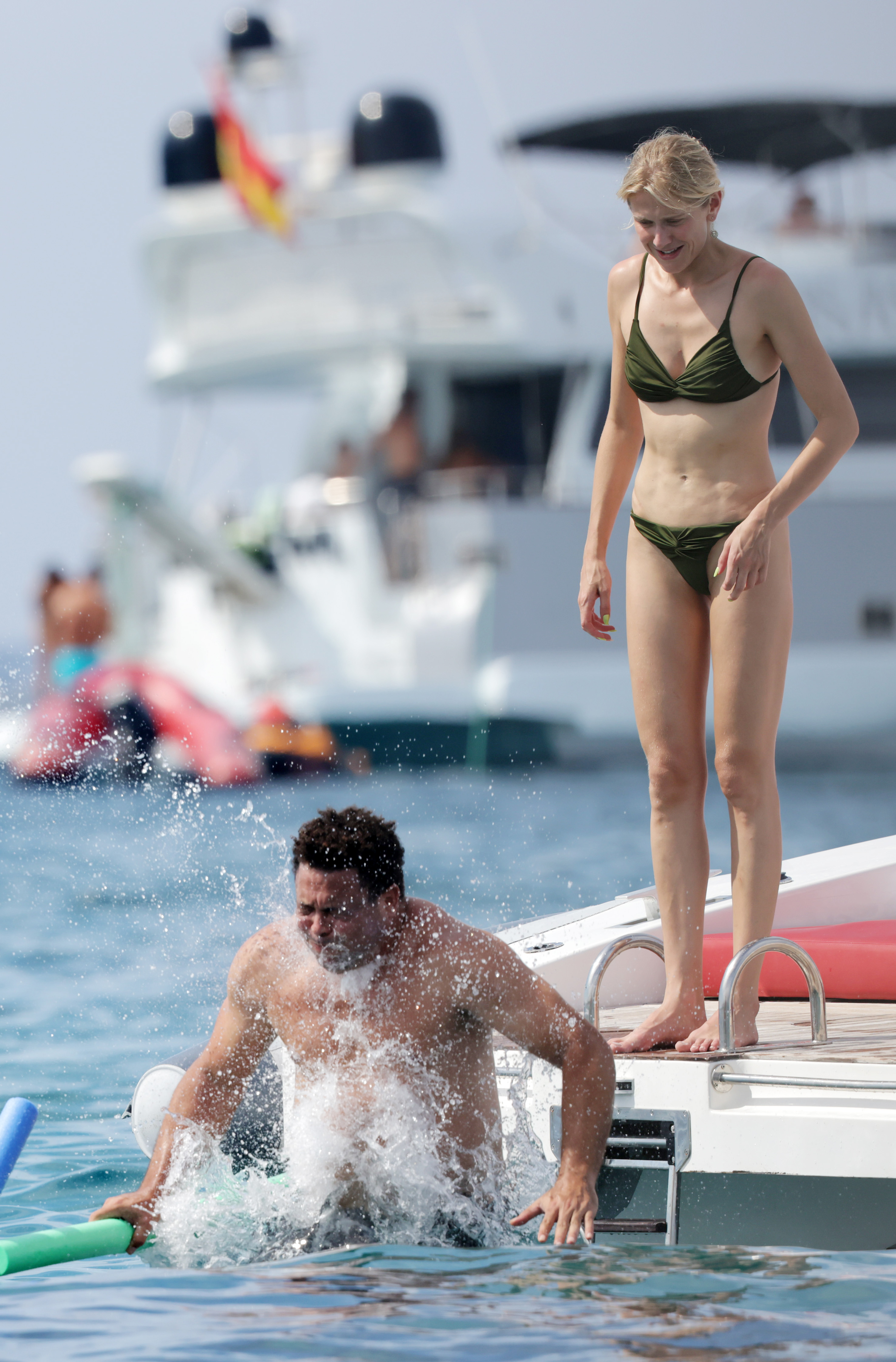 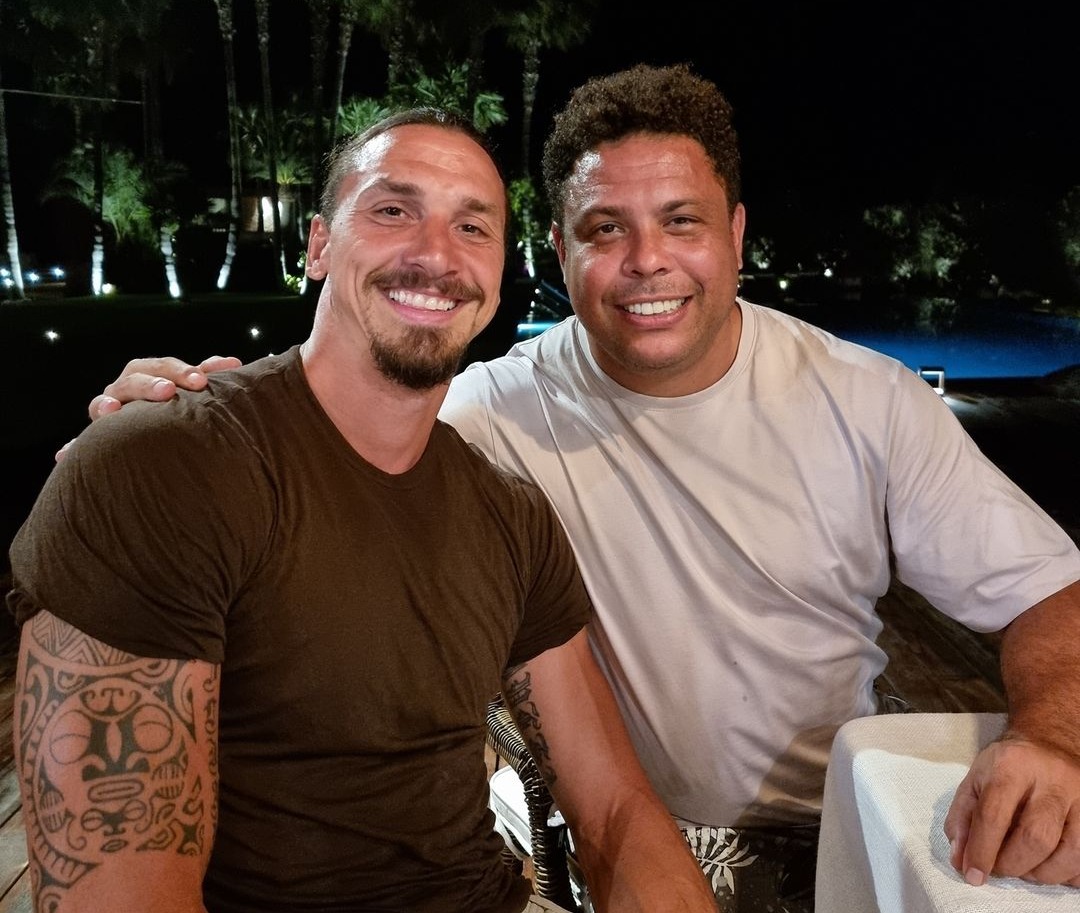 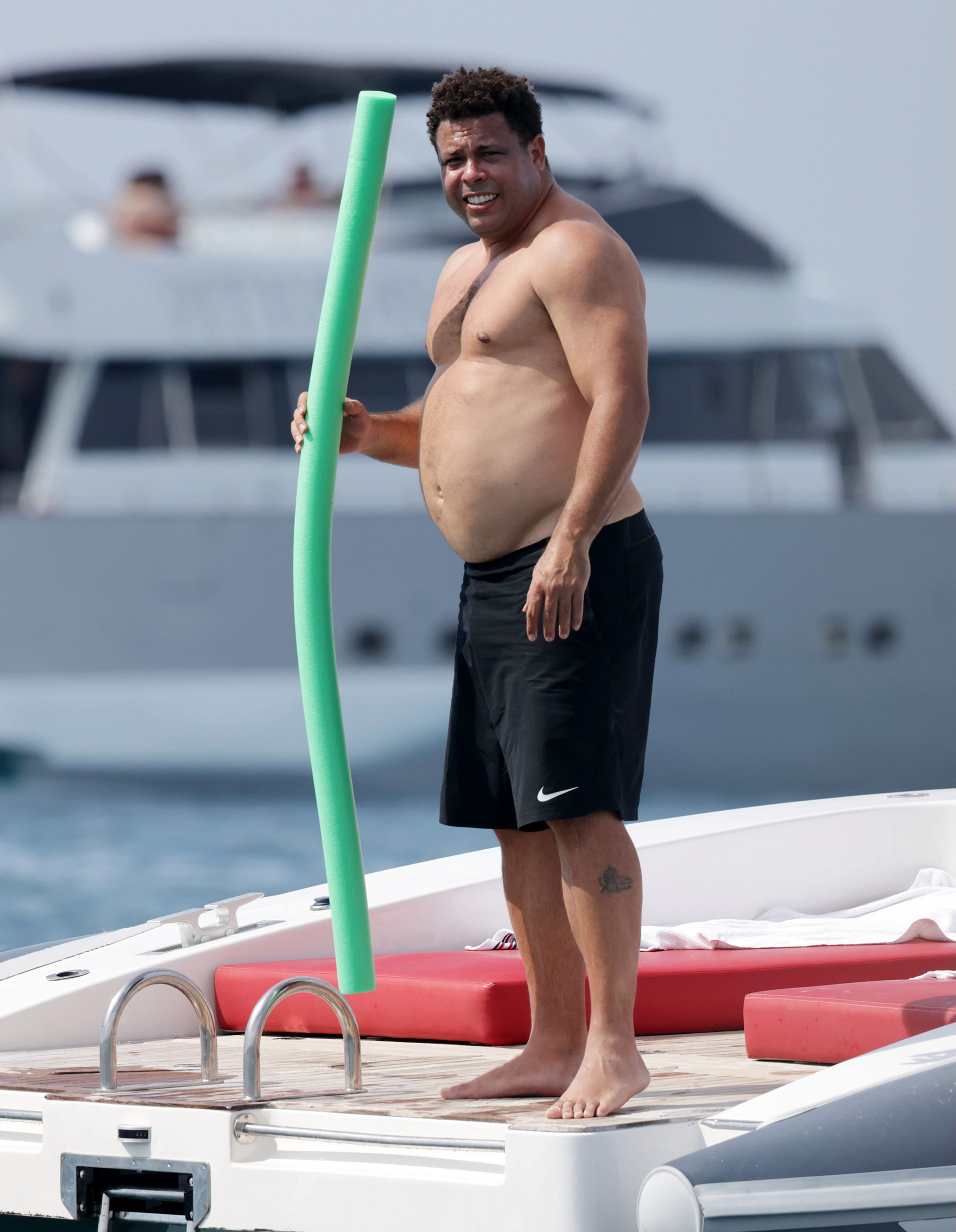 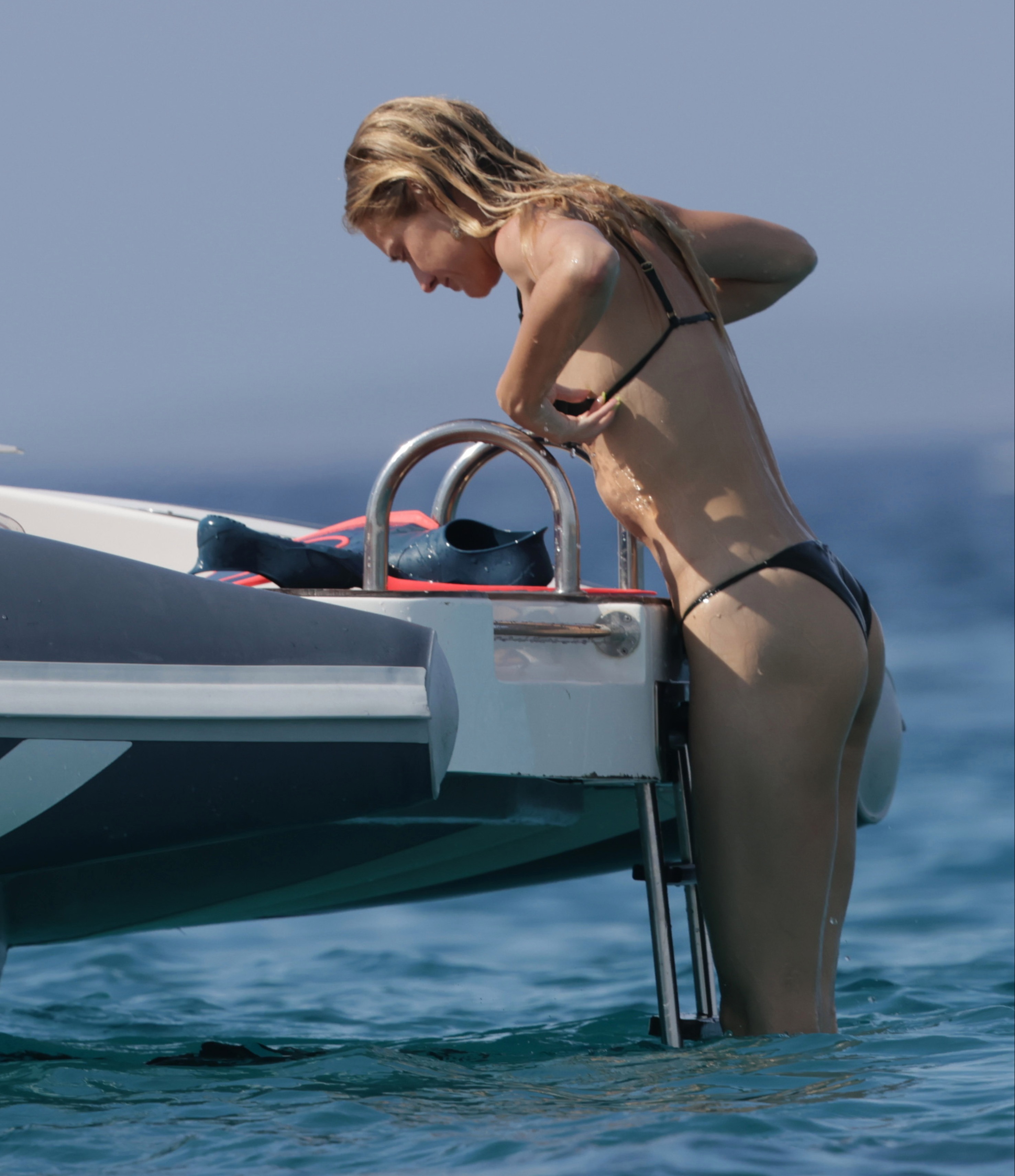 Ronaldo is now the majority owner of Spanish second-tier side Real Valladolid having bought a 51 per cent stake for £27million in September 2018.

The club were relegated from LaLiga at the end of last season after finishing 19th with just 34 points.

And now Ronaldo is preparing himself for the gruelling, 42-game season ahead with a holiday in Ibiza.

Partner of six years Celina, meanwhile, wore an olive green bikini as she watched on from the safety of the yacht, before later enjoying a quick swim herself.

Later in the day, Ibrahimovic – also holidaying in Ibiza – sent fans wild after sharing a picture of himself with Ronaldo.

The legendary strikers shared many of the same clubs – including Inter, Barcelona and Milan – but never crossed paths. 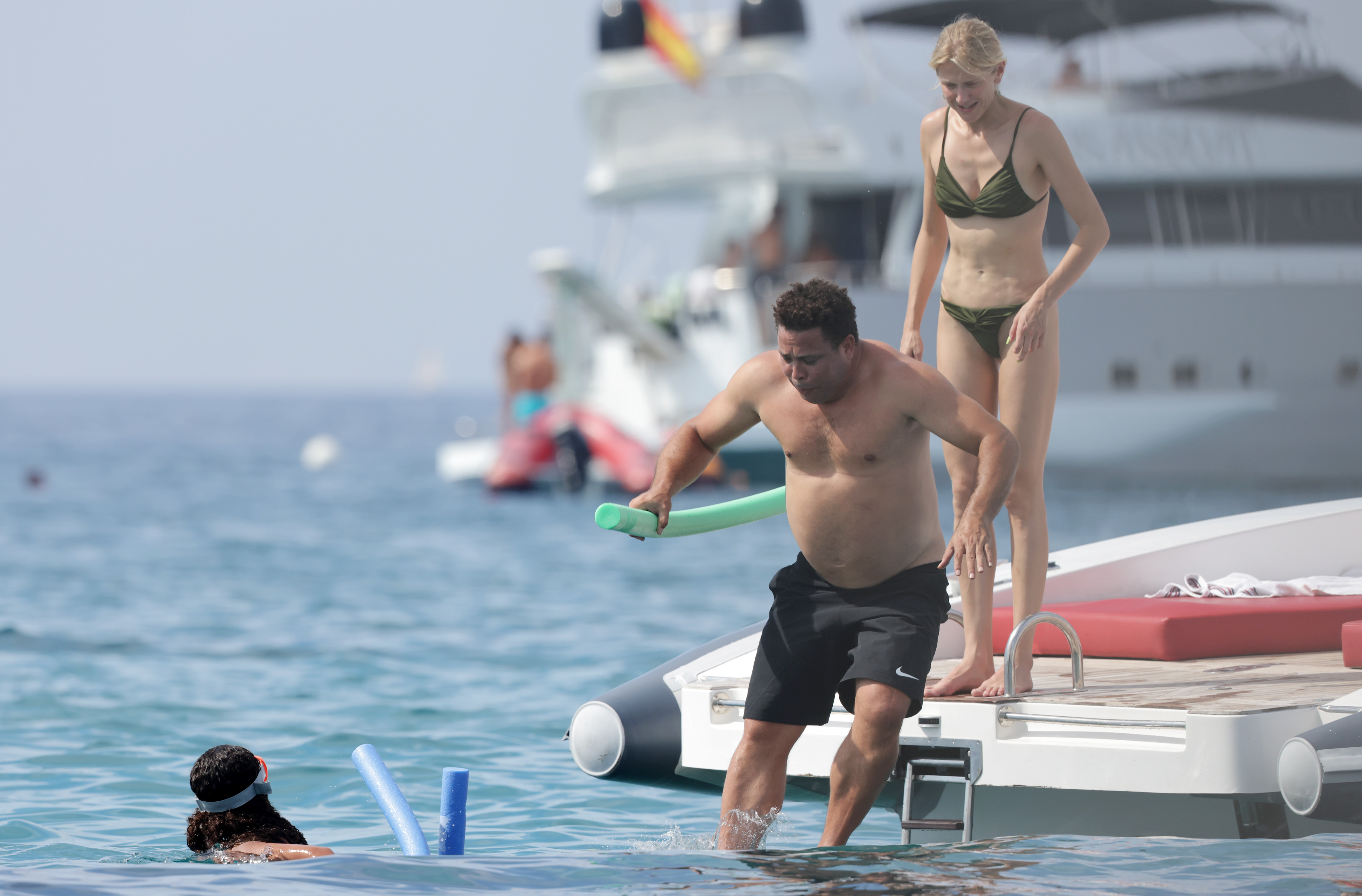 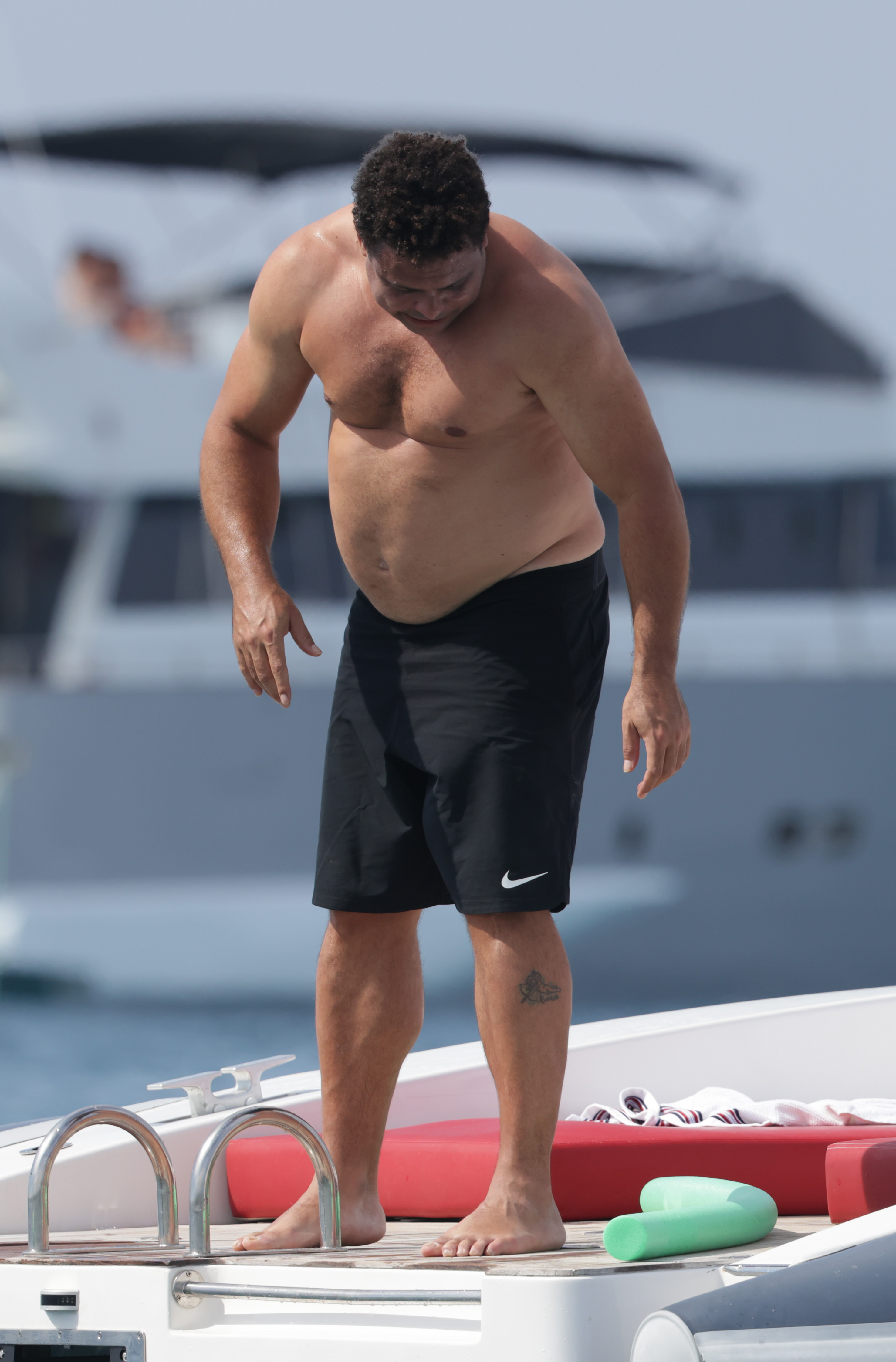 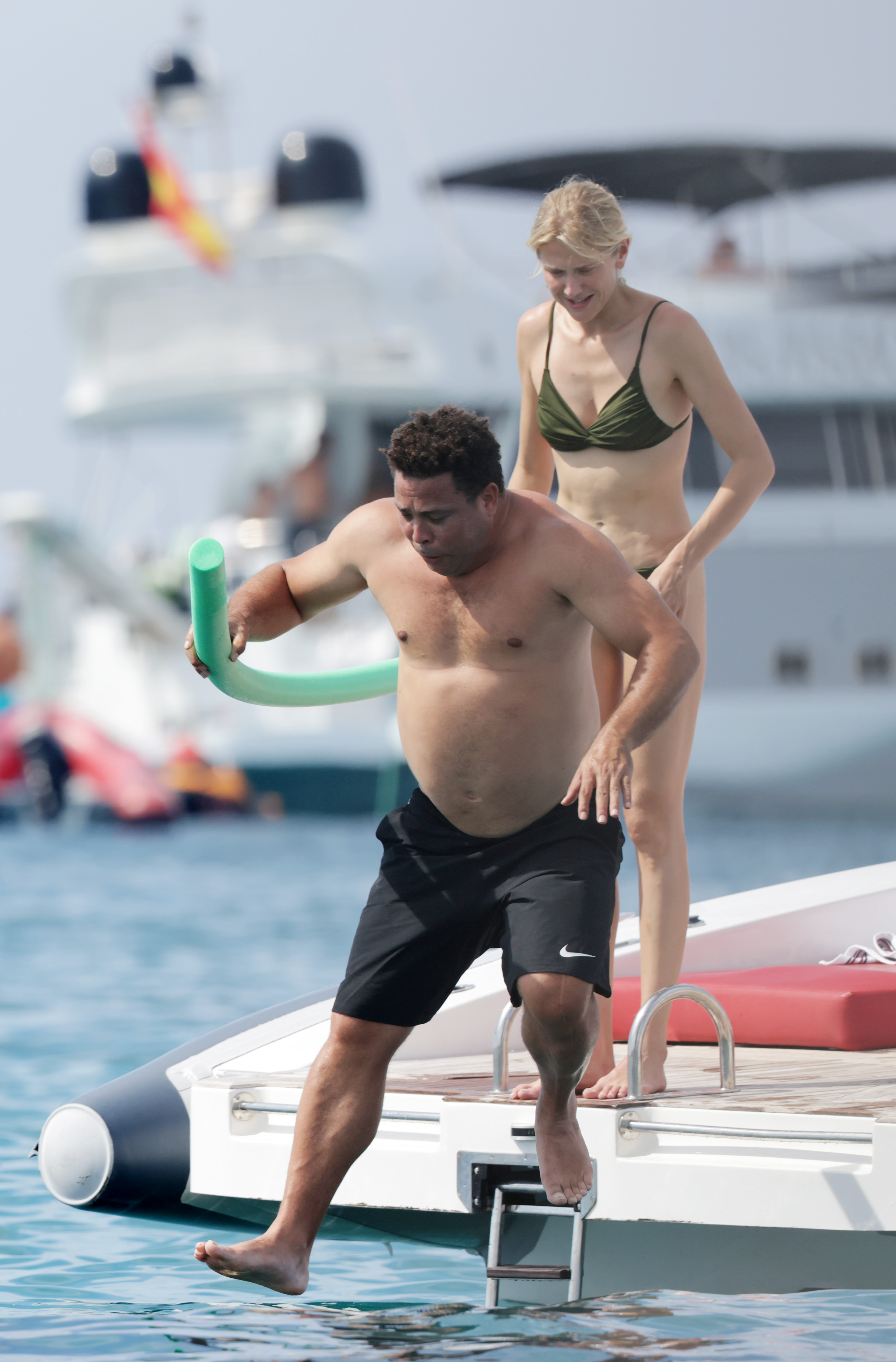 Earlier this year, the Sweden legend, 39, had snubbed Lionel Messi and Cristiano Ronaldo in favour of 'R9' as his footballing GOAT.

Ibrahimovic gushed: "I don't need to describe Ronaldo, 'The Phenomenon'.

"For me, Ronaldo is the game.

"For me he's the greatest player through history, no doubt."