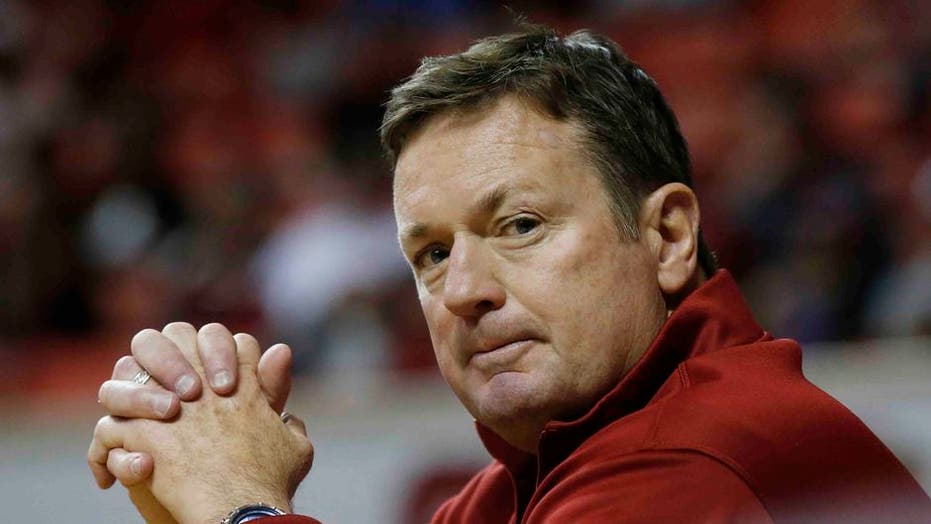 The new “Horns Down” rule is a complete joke. You know it, I know it, everyone knows it. Hell, even Bob Stoops knows it.

The former Oklahoma head coach made an elaborate statement on the new rule that penalizes athletes for using the hand gesture towards a Texas player. A statement wasn’t necessary. All he needed to do was simply tweet out an emoji and a hashtag.

Now it’s pretty clear where Stoops stands on the issue at hand. Here was his response to a tweet sent out by former Sooners center Creed Humphrey on Thursday:

For anyone unfamiliar with the new rule, the Big 12 coordinator of officials, Greg Burks, said last week during a media days that the conference is planning to penalize any player who throws a “Horns Down” gesture in the direction of a Texas player.

“Lemme put it this way,” Burks said, via The Spun. “If you do a Horns Down to a Texas player as an opponent, that’s probably going to be a foul.”

The University of Texas separated itself with a hand gesture that is easy to recognize — and mock, for that matter. What happens if a Texas player throws a “Hook ‘Em” sign at an opposing player? Absolutely nothing, apparently.

But a player better not dare throw that “Horns Down” sign up. Otherwise, it will probably be a foul. Maybe.