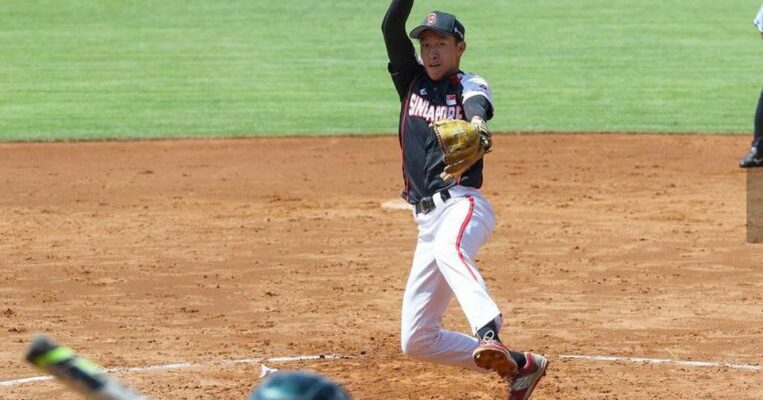 SINGAPORE – There were times when national softballer Aloysius Ong questioned his decision to defer his studies for a year to focus on softball in 2019.

Watching his peers graduate before he did while he poured his time into softball to prepare for the 2019 SEA Games was tough and there were also those who doubted his decision to take a year off for his sport.

In the year away from school, he also spent more than $15,000 on about nine team and self-initiated overseas trips to compete and train.

But the pitcher’s sacrifice bore fruit as he helped the national team secure a historic SEA Games gold medal.

After the stellar year in sport, Ong channelled his focus to his studies, and looking back, the Hwa Chong Institution student, who received his GCE A-level results on Friday (Feb 19) and scored five As and a C, has no regrets.

Ong, who hopes to read medicine in university, said: “The perception that people have towards sport is like, ‘Why did you do it? Sport isn’t going to bring you anywhere.’

“At the back of people’s heads, there will be some questions like if softball is really worth of a year of your life, but I’m glad I stuck to my decision and it paid off.”

National para-swimmer Wong Zhi Wei was another athlete who overcame a difficult time to do well at the A levels.

In October 2019, his world came crashing down around him when he received news that he had been diagnosed with Stage 5 chronic kidney disease.

Before that, Wong, who has visual impairment, had also been struggling with his performances in the pool, and the diagnosis was a double whammy.

The 18-year-old said: “I really tried to push myself and I felt I could better myself but I wasn’t able to break my personal best so it was already quite saddening. What made it worse was the diagnosis – that was the lowest point for me.

“It was very devastating because I couldn’t pursue swimming. I felt it was a real tragedy because I couldn’t do the things my friends could do and I felt somewhat nihilistic like, ‘What’s the point of taking A levels if my life is going to be like this?'”

But that changed when he underwent a kidney transplant in January last year. He flew to China for the procedure and even though it kept him out of school for three months, it was a turning point.

As he could not return to the pool immediately after the kidney transplant, he decided to treat his A levels like a competition.

During his time away from school, the Eunoia Junior College student asked his teachers to send him worksheets and tried to catch up on things that he had fallen behind on.

This time, instead of a medal at the end of the competition, it was a result sheet with five As and a B.

“(After the transplant), I really felt like my body had restarted, I felt really empowered,” said Wong, who is looking at pursuing a politics or economics-related degree.

“I feel really happy with my results. For me, there’s a sense of relief and accomplishment because I was able to bounce back from the hardships I had to deal with in the previous two years.”

National sailor Lee Wonn Kye and national artistic swimmer Vivien Tai, both Raffles Institution students, were also among those who performed well at the A levels.

Like most athletes, last year was an unusually quiet one for Lee.

The 18-year-old, who scored six As, said: “It definitely wasn’t the same. Last year, when I was training without knowing when the next competition would be, it felt hard to find motivation when every week you’re going through the same processes.

“I’m really happy right now, it feels quite satisfying to do as well as I have after what happened last year with the pandemic and studying through all that.”

Tai had stepped down from the national team while she was in Year 5 and 6 to focus on her studies, but was still juggling water polo training in school and artistic swimming sessions at her club with her academics.

The 19-year-old said: “I’m pretty satisfied with it because I wasn’t expecting to get these results.”