A million-dollar opportunity has arrived on Ben Edwards' doorstep just as the hulking heavyweight closes the book on his career in Canberra.

The undefeated mixed martial artist moved to 4-0 with a second round stoppage win over Wallace To'o in the main event of Monaro Fight Circuit 29 at the Hellenic Club of Canberra on Saturday night. 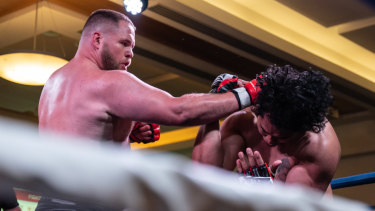 It will ideally be Edwards' last bout in Canberra with "The Guv" set to sign with Ray Sefo's Professional Fighters League and enter a million-dollar tournament.

The wheels were set in motion when Edwards travelled to Las Vegas in a bid to crack The Ultimate Fighter reality television series. He missed the cut, which seemingly made countless emails, visa applications and a hastily organised flight to the United States mean nothing.

Before boarding a flight home he spent a week in Las Vegas training with Sefo, which has ultimately opened the door for the 35-year-old's silver lining.

He is likely to sign as early as this week but first Edwards will ditch the MMA gloves and head to a year seven school camp as part of his job as a youth worker.

"The best thing about it is it means the whole trip to Vegas wasn’t for nothing," Edwards said.

"That’s when I reconnected with Ray Sefo. I’d known him through the old K1 Oceania days and he was the man back then. As soon as I walked into his gym he was like ‘hey Ben, how have you been?’

"This is a guy who is famous in the fight world and he remembers. He was like ‘you should do my PFL thing’ – and this was before I’d even sparred with him or anything.

"This just means the whole Vegas trip was worth it, just for this opportunity. The money is pretty good, the minimum they pay is $10,000 to win and another $10,000 to win, which is the same as the UFC. 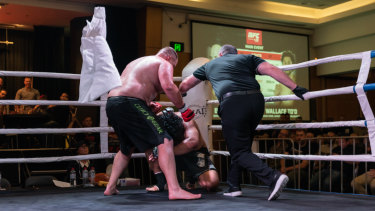 Edwards has finished all four of his fights with his fists and boasts an impressive kickboxing and boxing resume – but he showed against To'o he is no one trick pony.

Edwards showed he is at ease on the ground but it was again on the feet he finished the job, with To'o's corner throwing in the towel 2:36 into the second round. It is the first time Edwards has gone longer than one round.

"It was good for me to get a little bit more experience. That fight’s total time would probably have nearly doubled by MMA experience," Edwards laughed.

"It all worked out, I didn’t take too much damage and got myself into positions I hadn’t been in before and did what we’ve been training to do for three years. I’d rather that than just a stand-up fight with a quick stoppage. We covered some new ground.

"It was the exact same game plan as the last fight, just to take my time. I call it a systematic breakdown. That's a lesson I have learnt. I always used to go too hard and too quick in a fight, now I just take my time.

"Those shots, even if they’re not knocking them out, they add up and the finish will come. That’s what has happened in the past couple of fights." 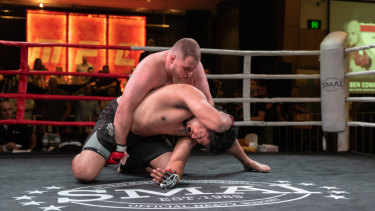