However, what transpired after the match is what went viral all over social media.

Askren, who has a 19-2 record in the UFC, didn’t seem upset after the loss. A video surfaced on the internet of Askren backstage and it appeared as if he was smiling and uninjured. According to CBS Sports, Askren made about $500,000 in disclosed pay for the bout.

Paul landed a big right hook on Askren, who eventually got to his feet, but referee Brian Stutts decided to end the fight because he believed that Askren wasn’t in shape to continue. The fight was stopped at the 1:59 mark.

Paul dedicated the victory to his security guard Shamir Bolivar, known as Shadow, who passed away 10 days prior to the fight. 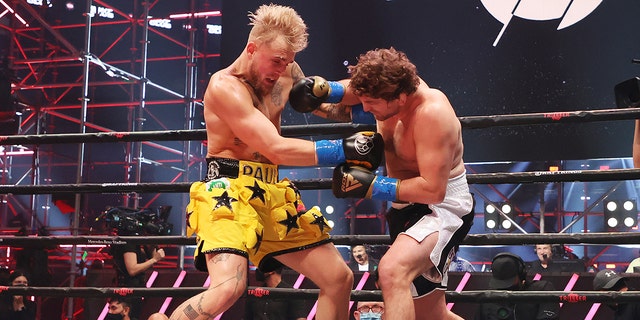 “I deserved that s–t,” Paul said following the match. “This is the craziest moment of my life. I told y’all I was going to do it in the first round. I told y’all I’m a real fighter. I don’t know how many times I got to prove myself that this is for real.”

“This has been the hardest 10 days of my life,” Paul continued. “I’ve had to hold it together to keep this fight going. I’m just honored to be here.”

The 24-year-old Paul improved his career record to 3-0, all knockouts. He also has had victories over former NBA player Nate Robinson and fellow YouTube star AnEsonGib.