BARCELONA are going to be fined £2,700 for Lionel Messi's shirt tribute to Diego Maradona in Sunday's 4-0 win against Osasuna.

The Catalan giants' skipper started his career at Newell's Old Boys and unveiled their shirt in tribute to Maradona – who also played there – after scoring at the weekend. 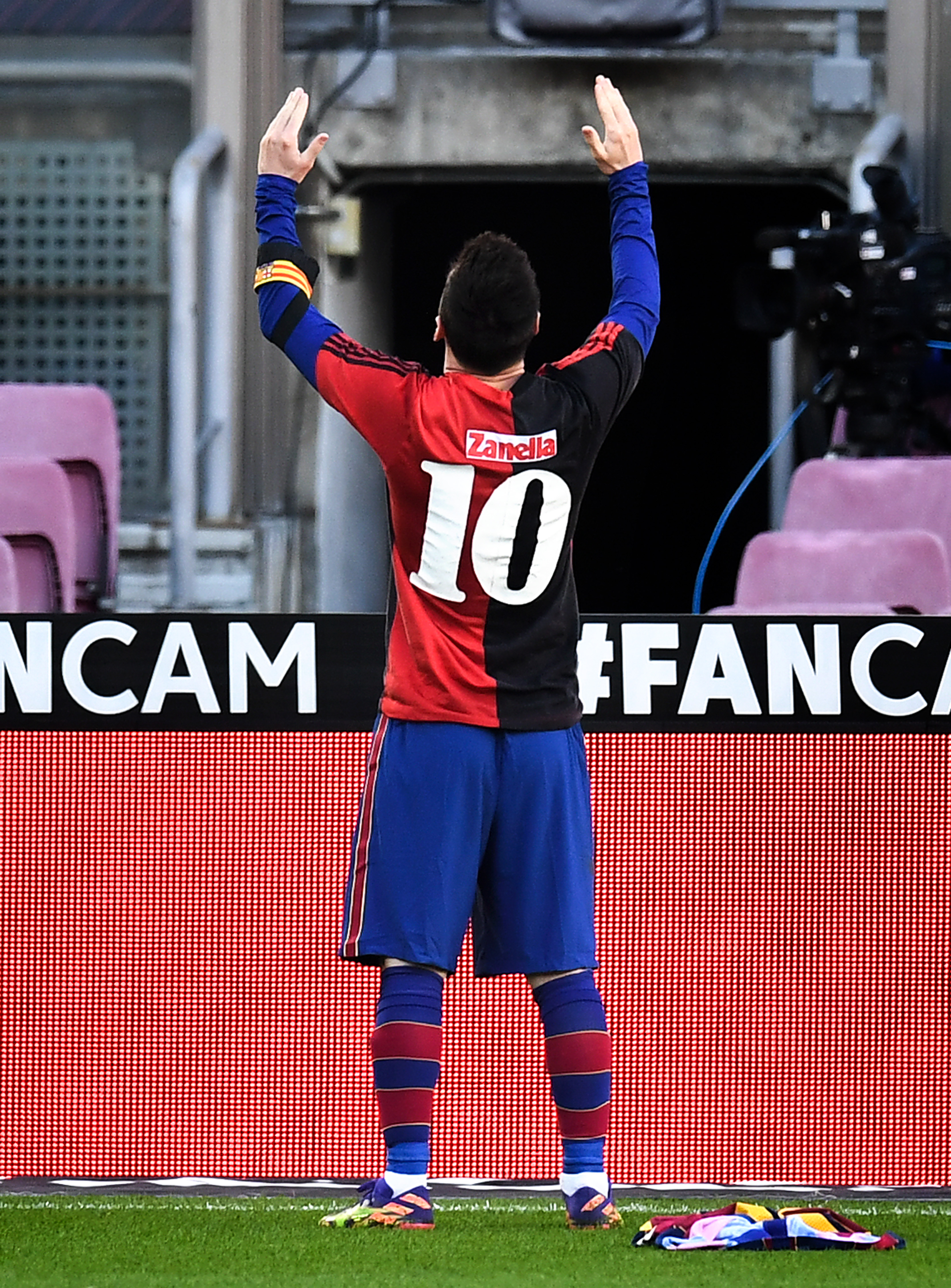 The goal had striking similarities to a goal scored by Maradona on his Newell's debut 27 years ago.

He picked up the ball outside of the box, beat two defenders then fired a shot into the far corner of the net.

The celebration forced referee Mateu Lahoz to book Messi for removing his Barca shirt, in line with the Spanish FA's rules.

As touching as the gesture was, in addition to the booking it also comes with a £2,700 fine.

The rule which imposes a fine for celebrations like Messi's is not exclusive to the Spanish league, it is also applied by FIFA.

On FIFA's official website, it states: "The IFAB, the body responsible for the Laws of the Game, decided to add a detail to Law 12 relating to ‘Fouls and Misconduct’, stating: “A player who removes his jersey after scoring a goal will be cautioned for unsporting behaviour.”

Newell'spresident Eduardo Bermudez saw the tribute on Sunday and expressed the equal love the club has for both Messi and Maradona.

Bermudez insisted Messi is welcome back at the club, no matter how old. 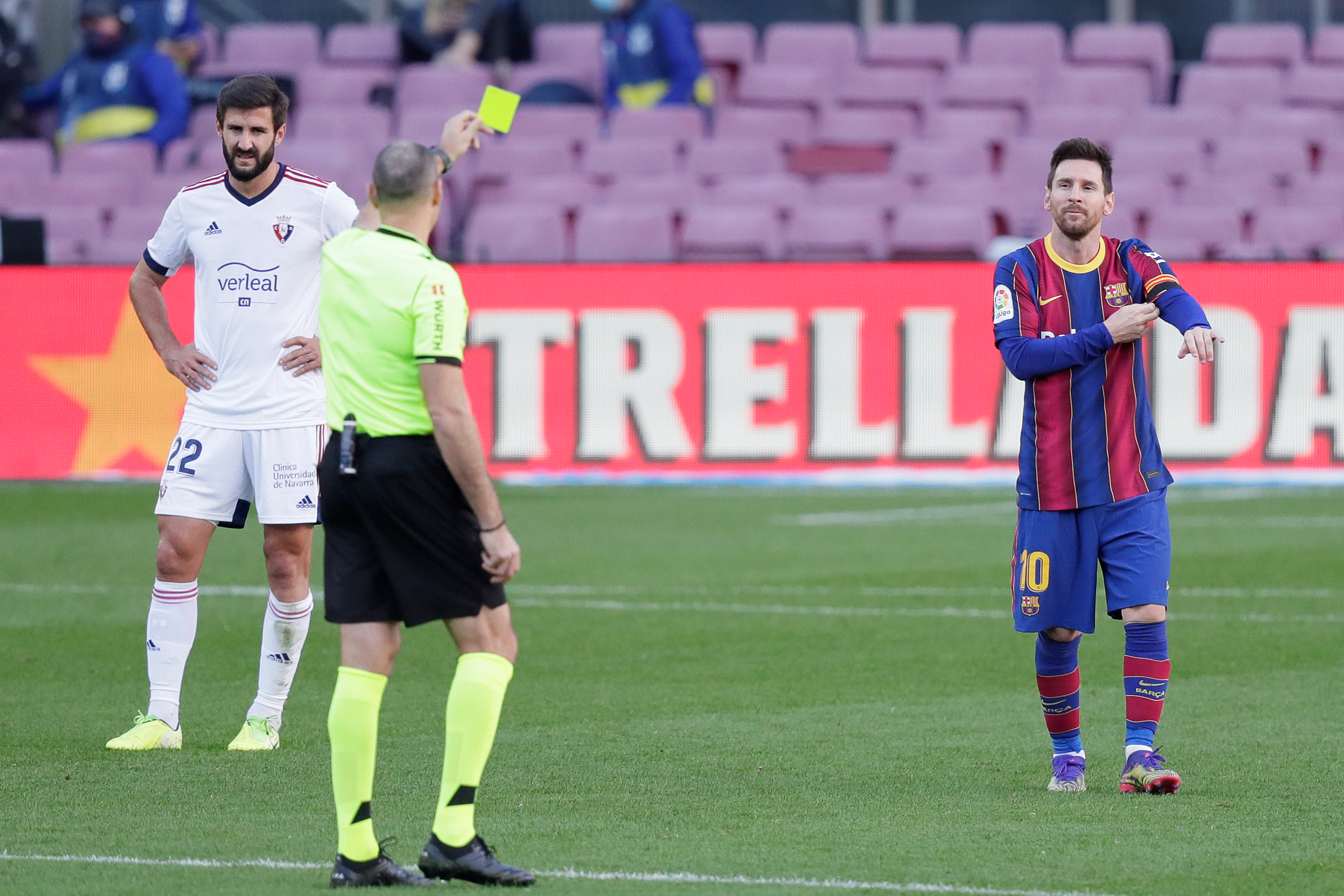 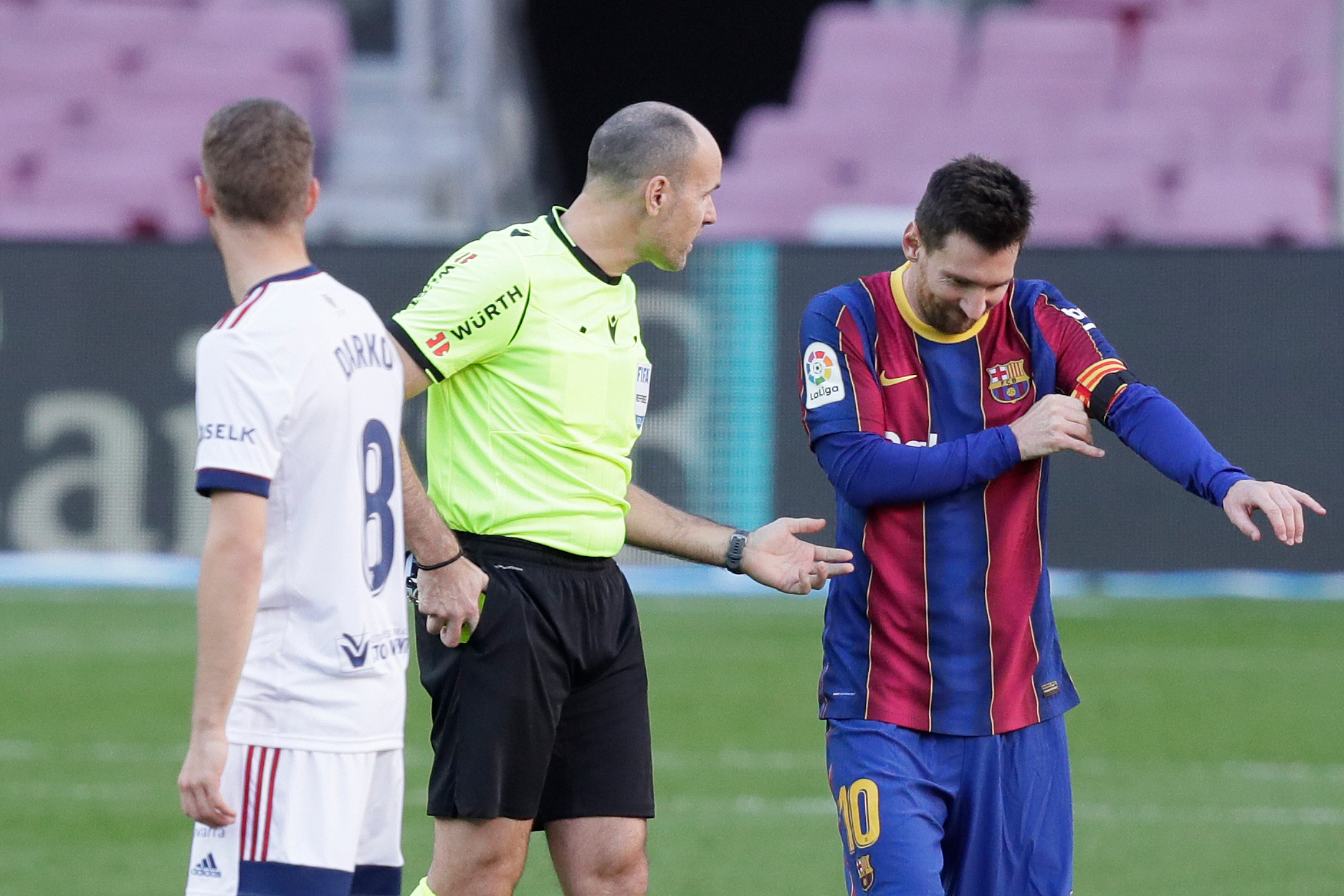 After news broke of Maradona's passing last Wednesday, Messi delivered a heartfelt message on Instagram: "This is a very sad day for all Argentines and for football.

"He has left us, but he hasn't gone, because Diego is eternal.

"I remember all the nice moments we experienced together and I send my condolences to all his family and his friends. RIP."