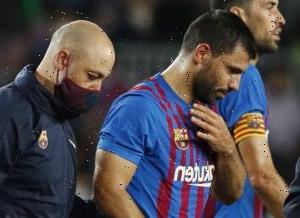 SERGIO AGUERO is set to make a statement about his future, Barcelona have confirmed.

The Argentina striker is rumoured to be considering retirement following the chest problems he encountered in October. 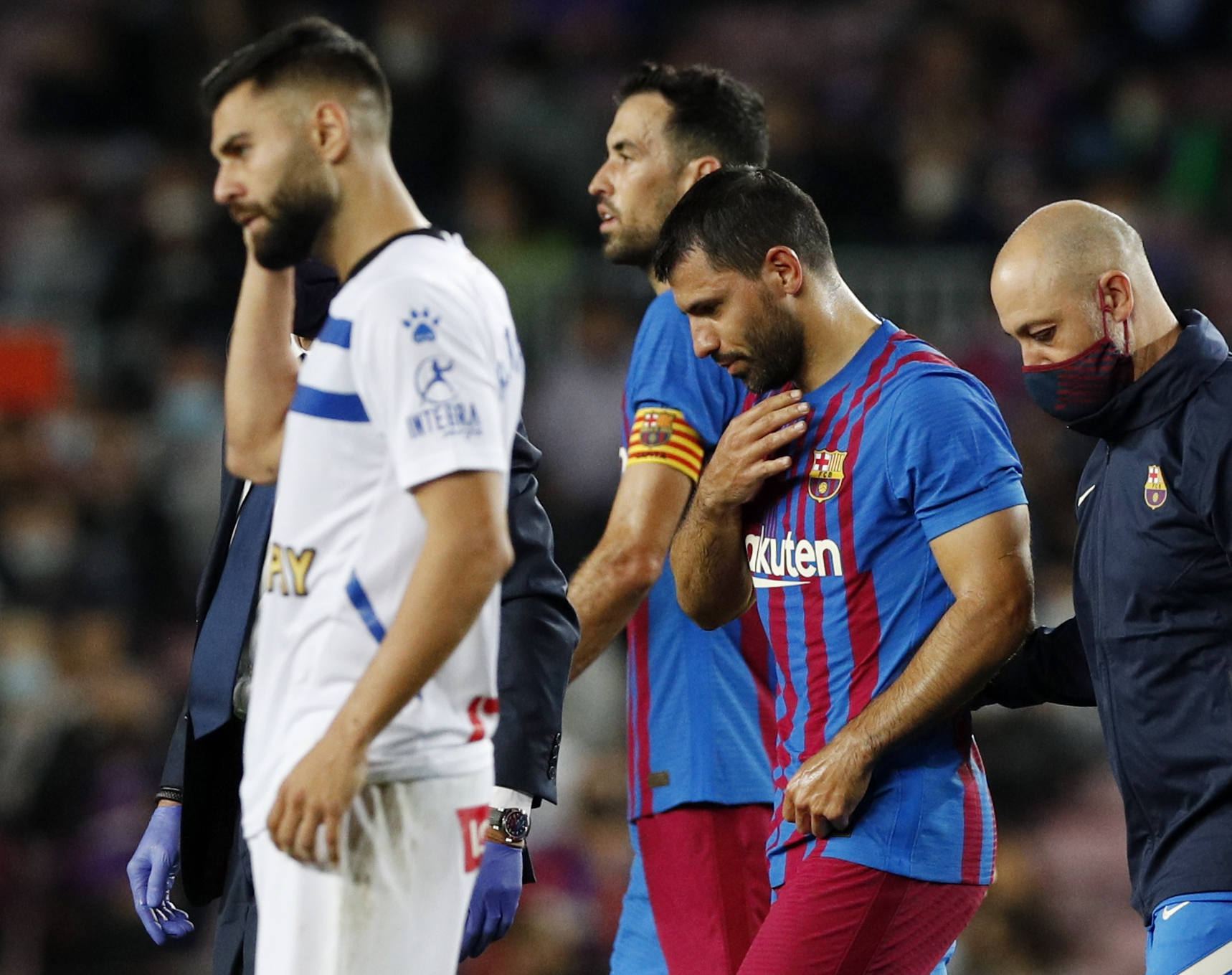 The 33-year-old was taken to hospital after clutching his chest and complaining of breathing problems and dizziness during a clash with Alaves.

He was ruled out of action for at least three months to undergo a period of observation before being diagnosed with a cardiac arrhythmia.

Barcelona wrote on Twitter: “@aguerosergiokun will give a statement on his future from Camp Nou at 12pm CET on Wednesday December 15. The first-team football player will be joined by FC Barcelona president, Joan Laporta.”

Reports in Spain this week claimed Barca were finalising plans for a ceremony of sorts as an official goodbye to the forward.

The friendly is set to be played in honour of Aguero’s father-in-law Diego Maradona, who died from heart failure aged 60 last year.

Aguero moved to the Nou Camp over the summer after a ten-year spell at Manchester City, where he became the club’s leading goalscorer.

The former France midfielder said: “A lot of sadness, he's a great guy and a great person. I am sad because it is not a choice, it is unfortunately forced.

“I know the love he has for the sport, and to end like this will hurt a lot. He is someone I appreciate a lot.”