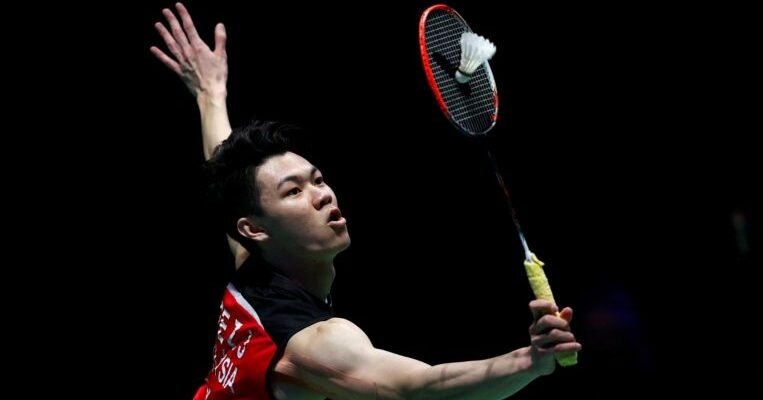 SINGAPORE – He became a national hero in Malaysia after his stunning win at the prestigious All England Open Badminton Championships last weekend and has been touted as the successor to retired great Lee Chong Wei.

Here are five things to know about world No. 8 Lee Zii Jia.

He first picked up a racket when his dad took him to a badminton club when he was six, and never looked back as he rose through the state and national ranks to become Malaysia’s top shuttler.

2. He admits to hating running more than five kilometres but he has learnt to accept this bitter medicine, as evident in his outlasting of world No. 2 Viktor Axelsen in the marathon All England final.

Lee told The Straits Times: “I need this weapon to fight against the top players. Without fitness and stamina, I wouldn’t be able to keep my position in the top 10.”

3. Kedah-born Lee is friends with Singapore’s Loh Kean Yew, who was born in Penang and is a year older at 23. They were childhood rivals and faced off against each other in junior tournaments before Loh moved to Singapore when he was 13.

At the senior level, Lee has won all three of their meetings, the most recent at the 2019 SEA Games final.

Loh said: “He is a very strong and fit player with powerful smashes and good court coverage. He has also become much stronger physically and mentally from the pressure he has faced.”

4. During his time-off, Lee still enjoys shooting hoops. His favourite team are the Los Angeles Lakers and his favourite player is the late Kobe Bryant. In fact, his Whatsapp features the name “Kobeh” and a picture of his idol in a No. 8 yellow Lakers jersey.

5. Lee’s favourite cheat meal is Korean barbecue, and he confessed to a weakness for pork belly. His love for Korean stuff extends to K-pop, and he shared he was 15 when he was inspired to play the guitar by CNBLUE.

On his instagram account @leeziijia, he not only tickles the strings, he also sings and raps in Mandarin and Malay.