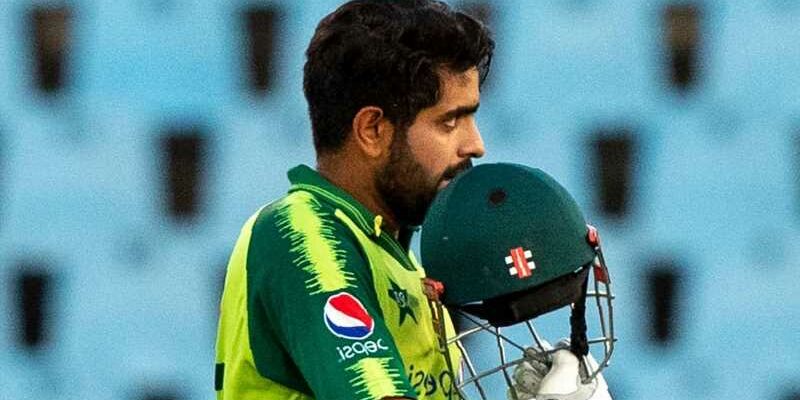 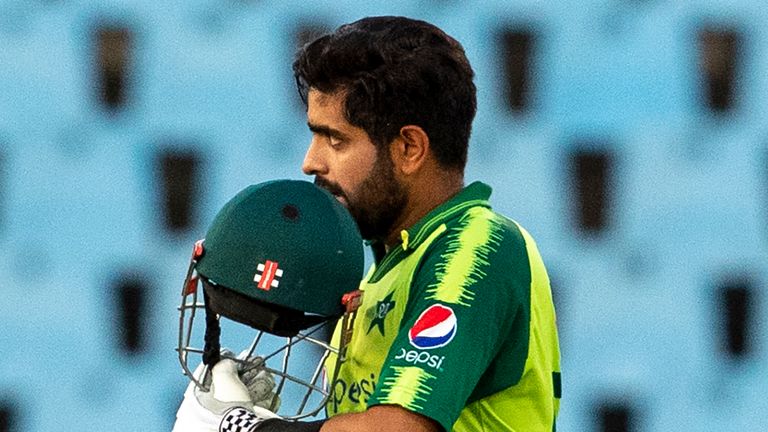 Captain Babar Azam hit a record-breaking 122 to lead Pakistan to an impressive nine-wicket victory over hosts South Africa at Centurion and a 2-1 lead in the four-match Twenty20 series.

Mohammad Rizwan scored an unbeaten 73 as he and Babar, whose century came off 49 balls, shared a record 197-run partnership in a devastating display of batting that enabled the touring side to reel in South Africa’s competitive 203-5 with consummate ease.

They won with two overs to spare after making 205-1, dispatching the home bowling to all corners of the ground.

Babar’s record T20 score for Pakistan, including 15 fours and four sixes off 59 balls, came a day after he became the top ranked one-day batsman. He is third in the T20 rankings and played an innings of finesse and guile rather than bludgeoning shots to underline his class.

What a knock from the Pakistan captain – the tourists are racing to their target of 204 at the moment! They need 38 from 32 balls. #SAvPAK🇿🇦🇵🇰

Rizwan’s knock was overshadowed by his skipper but he was equally brilliant in a supporting role.

It was the second highest successful run chase in a T20 international at Centurion with a tiring Babar eventually out caught behind off the bowling of Lizaad Williams.

Janneman Malan and Aiden Markham shared a 108-run opening wicket partnership as South Africa got off to a flying start after being put into bat.

Markham made a half century for a third successive game before being bowled for 63 and Malan scored 55.

The last match of the series and Pakistan’s tour will also be played at Centurion, on Friday.