The Newcastle forward stuck his fingers in his ears when he headed the winner against Watford in November – minutes after he was booed by his own fans coming off the bench. 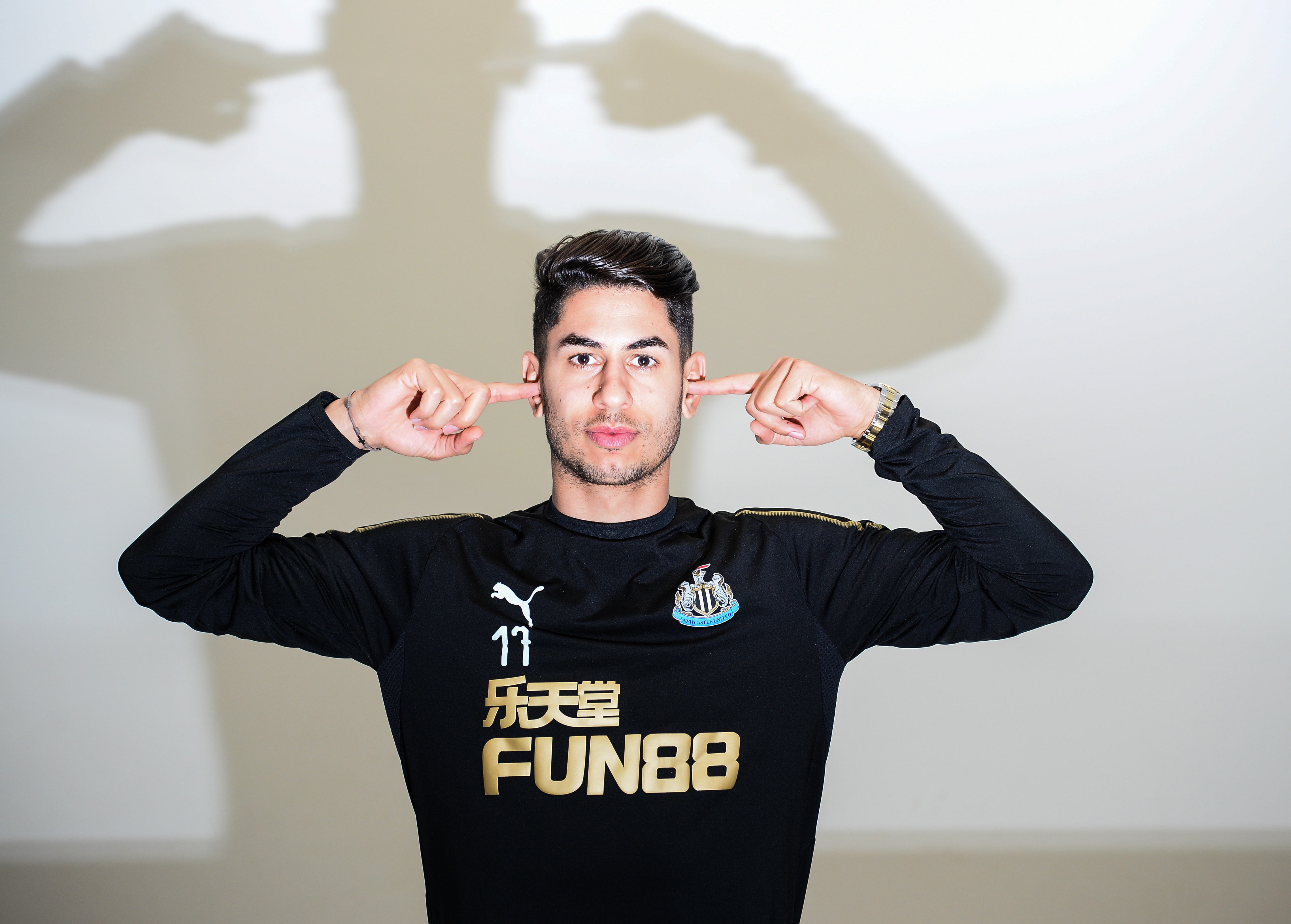 But Perez, 25, has subsequently celebrated in the same fashion after scoring against Wolves, Blackburn and Cardiff.

And the Spaniard, who faces Huddersfield today, told SunSport: “I found that I had to do it against Watford and, since that moment, I have kept doing it.

“I will do it until the end of the season now. Hopefully I can do it against Huddersfield.

“I scored the winner against them last season, so it would be great to do that again.”

Perez was made a scapegoat by some sections of the Toon Army during Newcastle’s struggles at the start of the season. 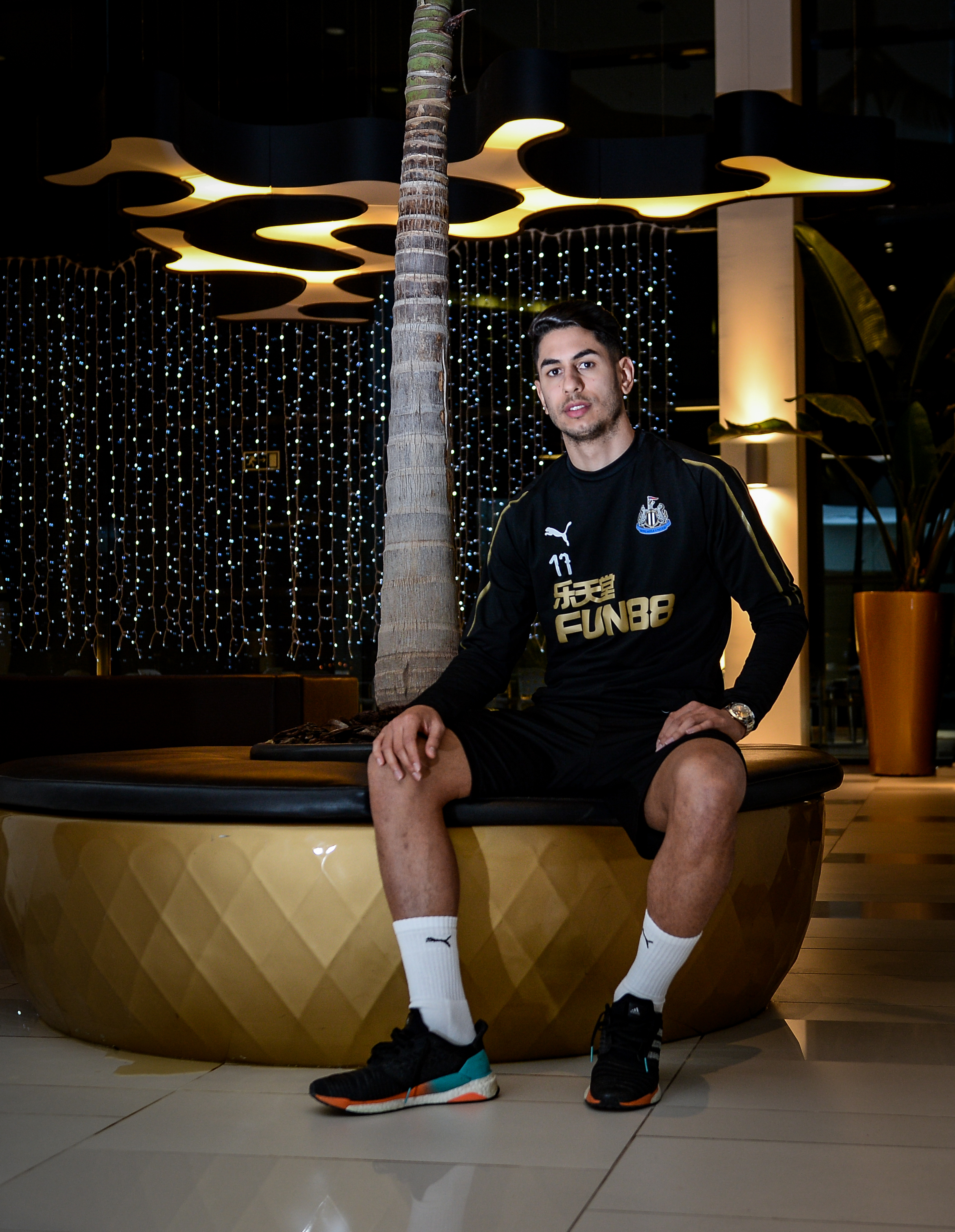 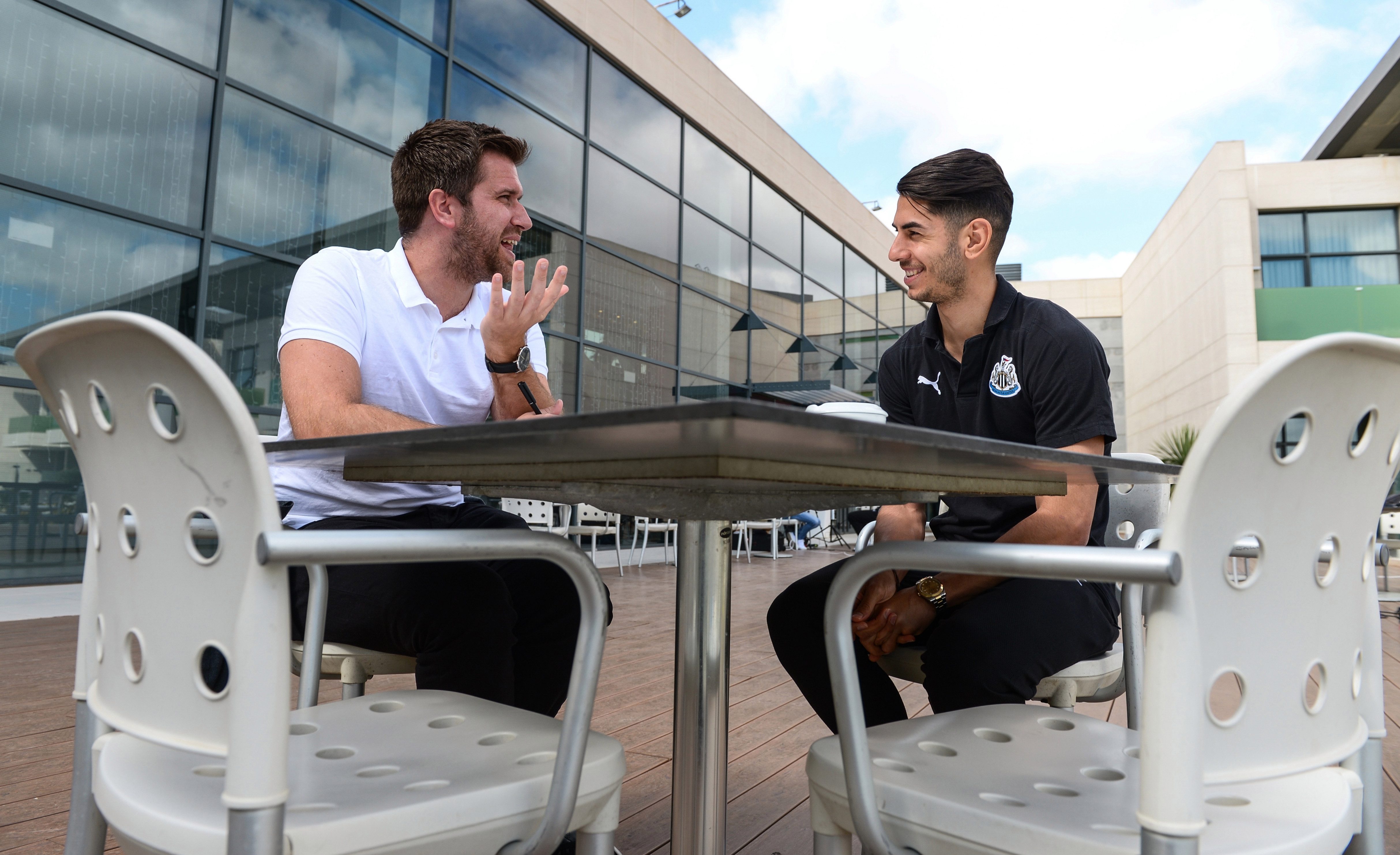 That led to him being jeered when he came on as a second-half sub against the Hornets – and was why he felt the need to shut out the crowd noise when he netted.

Perez explained: “Sometimes it’s good not to hear some things.

“The mentality is to avoid anything that can disturb you or make you think things you shouldn’t think.

“If you stay away from that, good days are going to come – and that’s what happened.”

Perez, who joined from Tenerife in 2014, was Newcastle’s top scorer last season and bagged six goals in eight games at the end of the campaign to help his side stay up.

He has netted four times in all competitions so far this term and has been Rafa Benitez’s most regularly used player.

Yet Perez continues to divide opinion at St James’ Park. 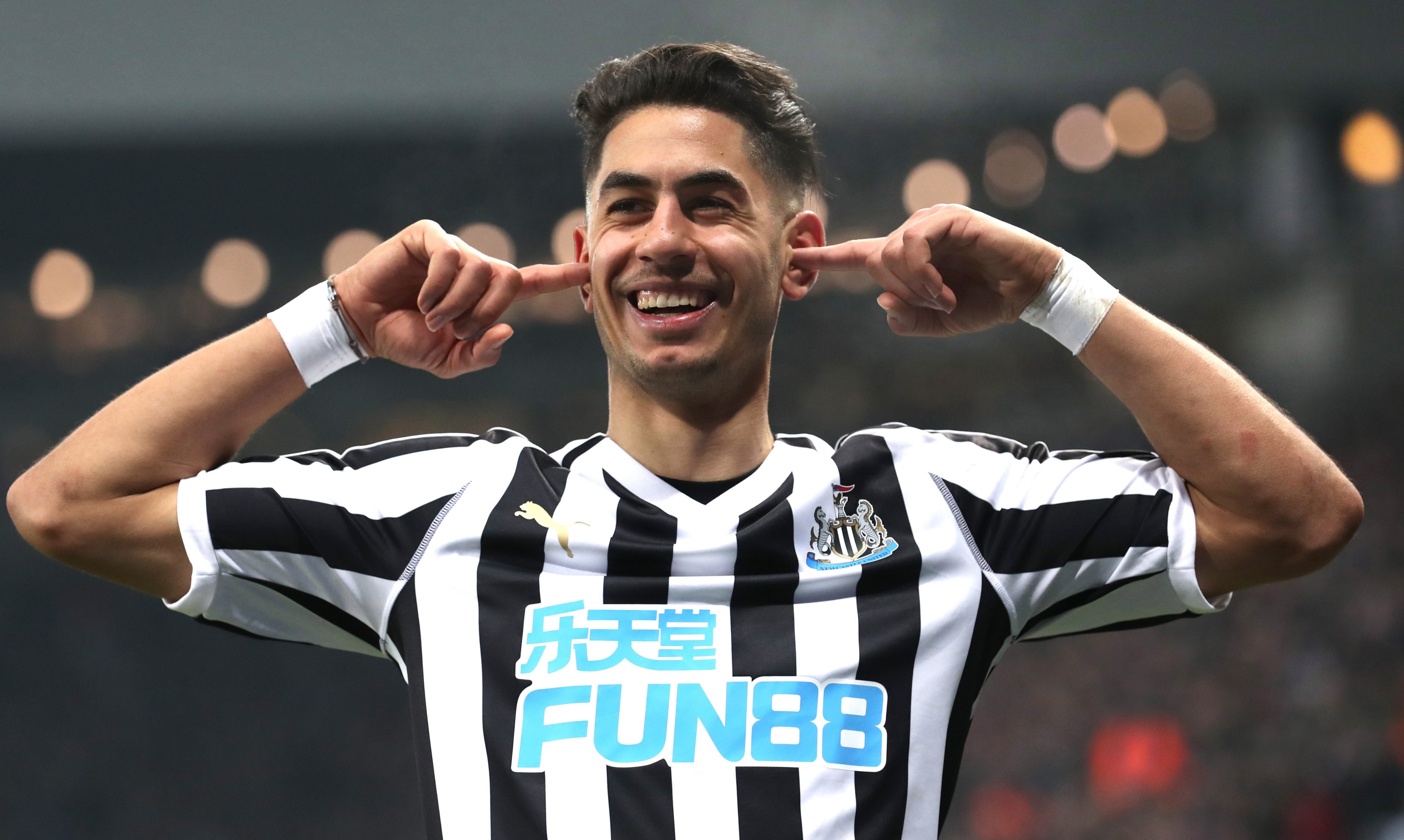 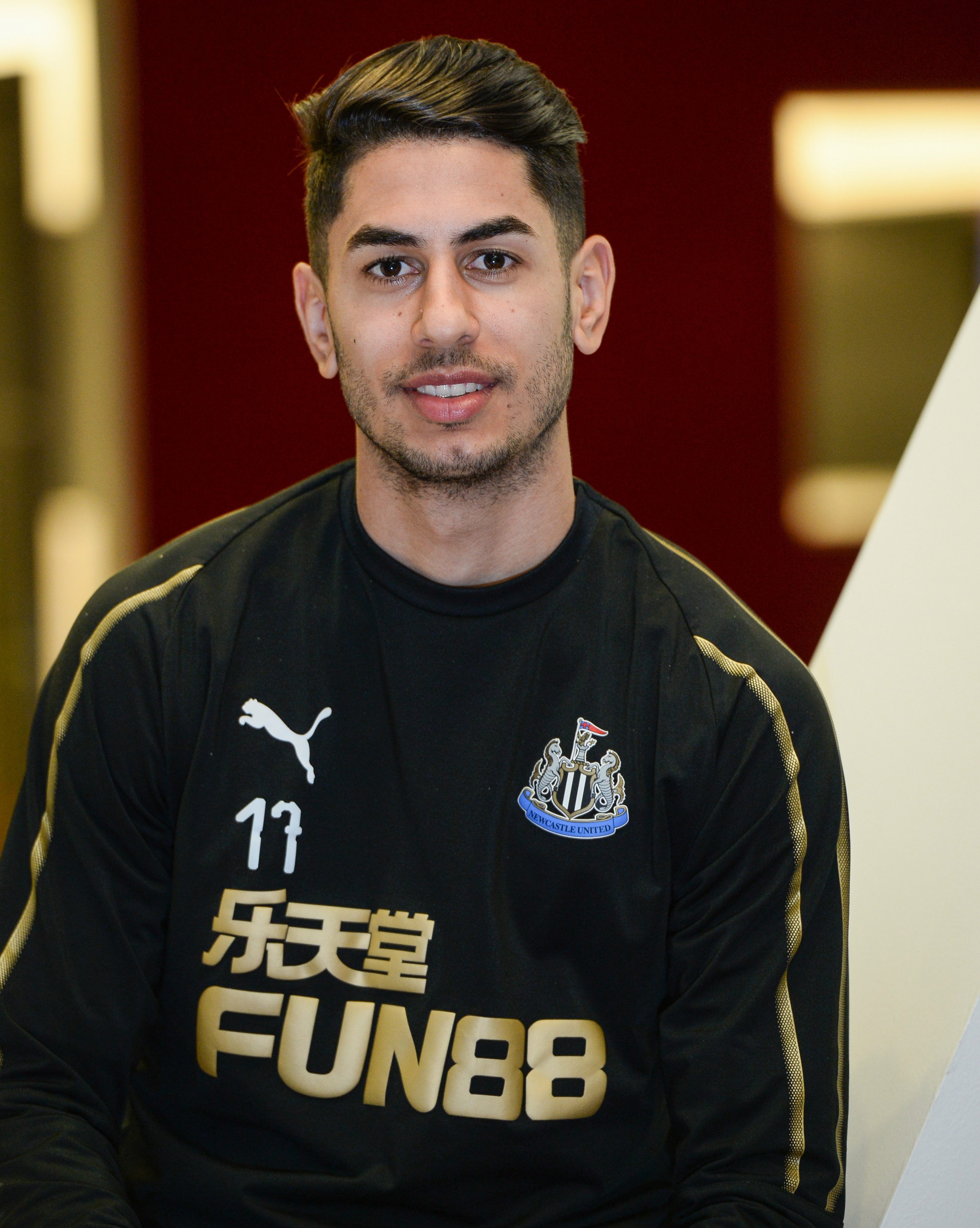 He said: “Every person has their own opinion and I respect that. Not everybody is going to like you.

“But you just have to focus on your thing and make sure you can perform on the pitch.

“At that time, I knew I wasn’t performing as well as I could. Nobody had to tell me. That’s why the gaffer put me on the bench.

“But in football you always get a chance to put things right – and I could do that with that goal.

“From that point, my confidence has grown and I am feeling good.

“I would like to have scored a couple more goals but I am doing my role as best I can.”

It is not just on the pitch that Perez shuts out the noise, but off it – admitting he avoids reading comments on social media. 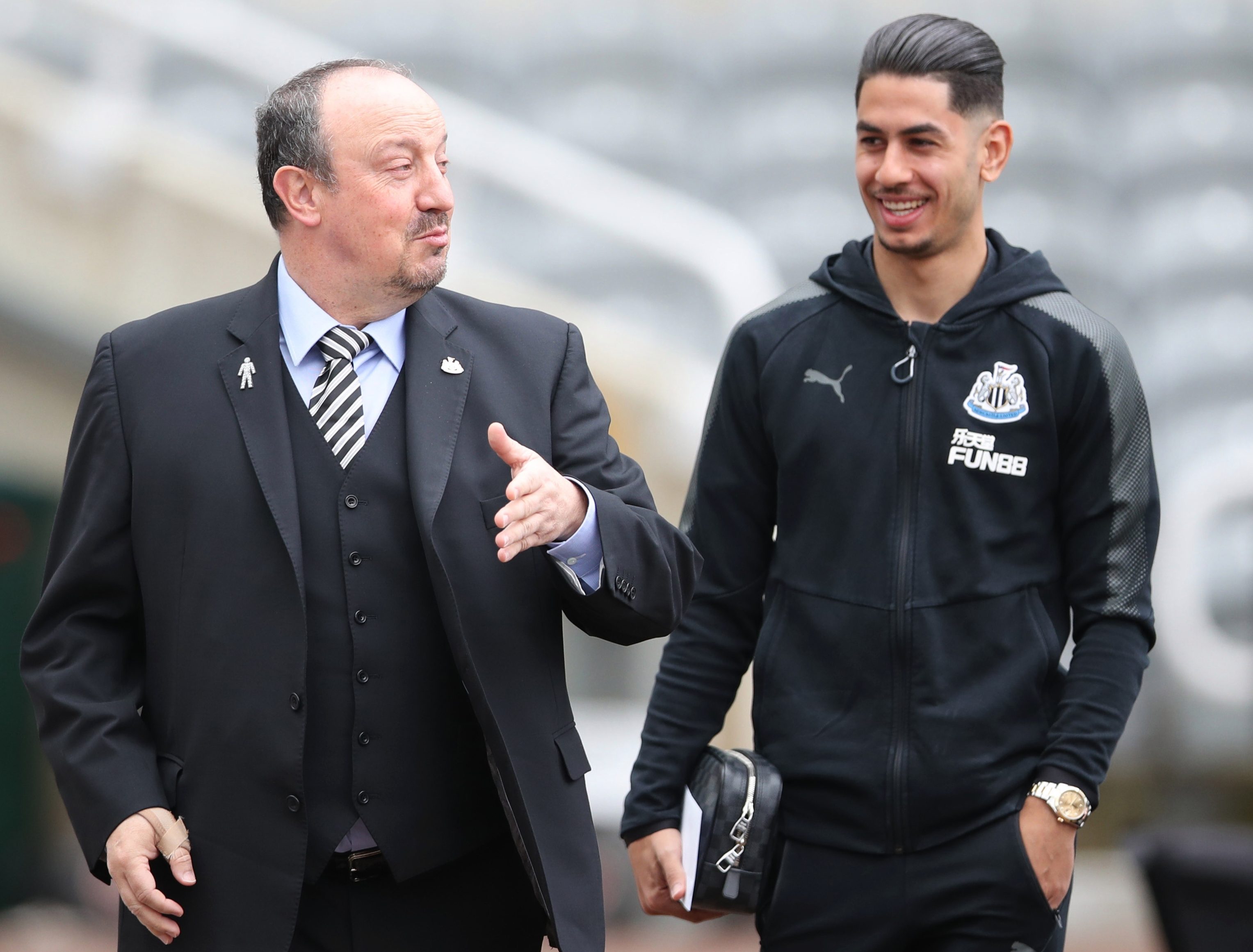 He explained: “I have Twitter notifications off so I try to be away from that.

“Even when things are going well, I try not to read it because those things can make you think in a way you shouldn’t.

“I am the first one that knows when I am not doing well or I am doing well.

“And I have my family to discuss it with – I can speak to them about how I can improve.

“They are not going to tell me just what I want to hear. They give advice and that helps me a lot.”

Perez could find his place being questioned by supporters again following the arrival of £20.7million club-record signing Miguel Almiron, whose preferred position is also No10.

But in Benitez’s current 3-4-3 system, Perez reckons he and the Paraguayan could both start, either side of Salomon Rondon.

The ace admitted: “Miguel is a quality player and we are looking forward to him helping us stay up.

“He is left-footed, I am right-footed, so in the formation we are playing, we can be on the pitch both together. It could be a good option.

“We are similar players, technically, but it is good to have that competition – it is going to get the best out of ourselves.

“You have to step up even more, showing what you can do and make the manager think you can still be in the team.”

Perez has certainly stepped up since he arrived on these shores as a skinny 20-year-old, who did not speak a word of English.

And sitting in the Spanish sun at the Toon’s training camp, the striker laughs about the first time he left the club’s training ground in his own car, shortly after he signed in 2014.

Perez admitted: “I was very nervous.

“And I got myself in trouble.

“I was wondering which way to go round the roundabout and then, I don’t know how I did it, but even though I had an automatic, I was able to put it in manual, and I got stuck. 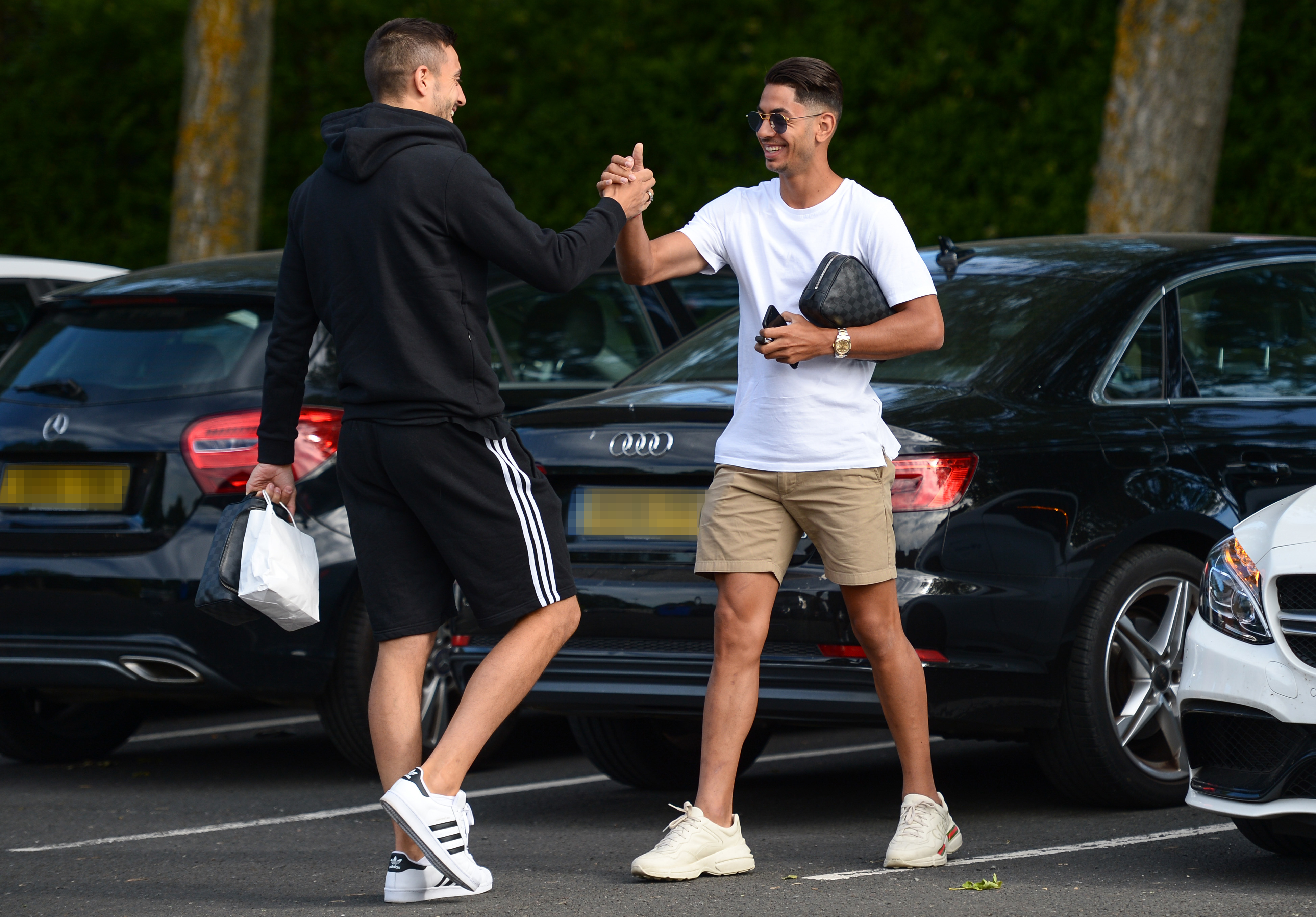 “I was asking myself, ‘If this is automatic, why is the car doing this?’. I couldn’t deal with it that day.

“I made a couple of mistakes and, to make matters worse, the club doctor was right behind me, so I couldn’t keep what happened to myself.

“He told Fabricio Coloccini and they made fun of me. He asked Coloccini if I had a driver’s licence!

“But now I am good. I can drive properly. People are safe on the streets, don’t worry!”

If Perez’s driving has got better with experience, he has also matured as a person and a player.

He is now fluent in his second language and has amassed more Newcastle appearances than any of his current Toon team-mates.

Perez smiled: “Some of the guys now call me the Spanish Geordie!

“I don’t feel like it’s been five years, it’s been really fast.

“But I have grown up a lot and I am getting better as a person and as a footballer. 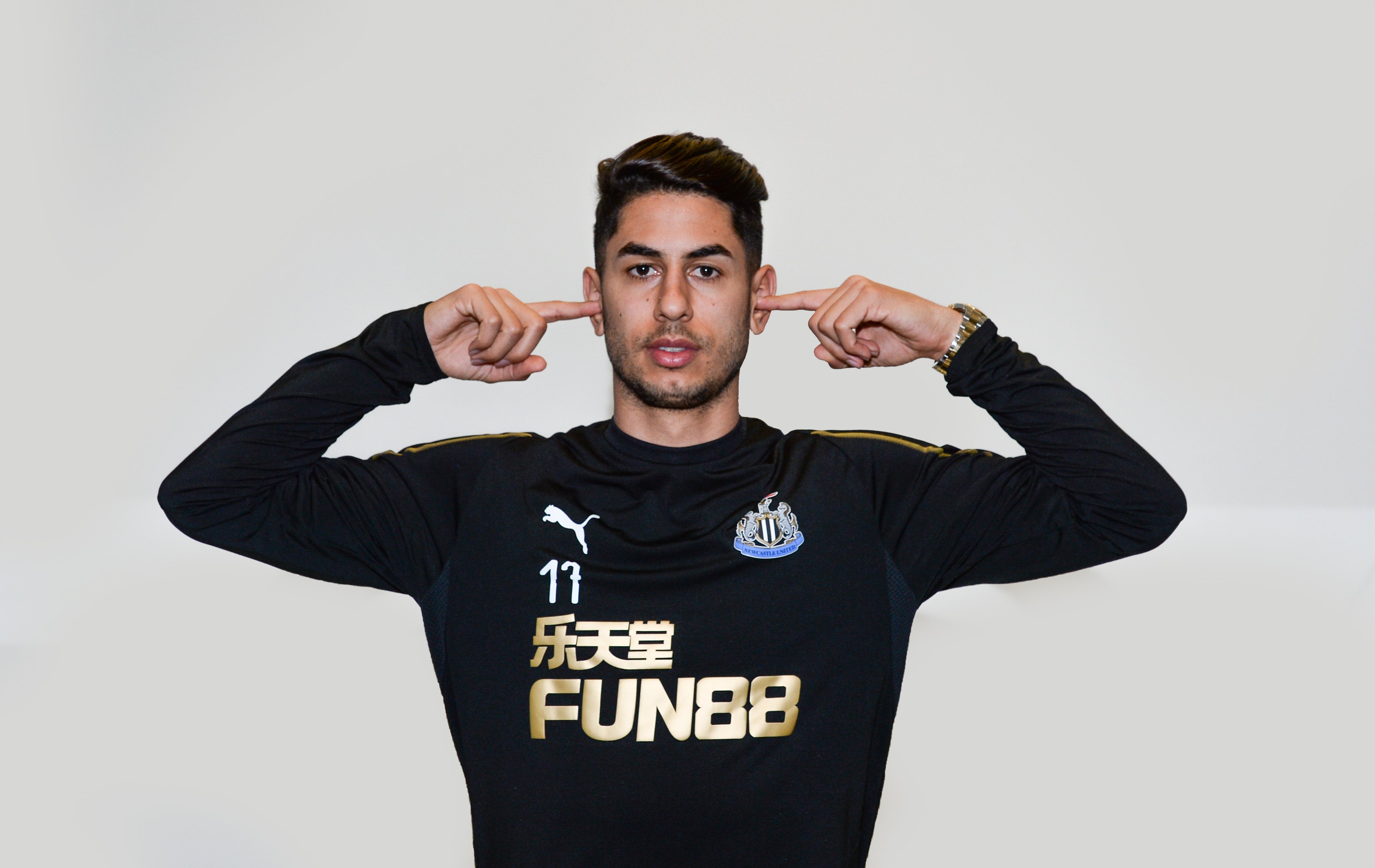 “I am not the same person physically now. I am stronger.

“But also reading the game, anticipating the situations, being in better positions, body shape – these are the kind of the details that can make the difference and I have learned.”

Newcastle will hope Perez can make the difference today against rock-bottom Huddersfield.

The Toon, who are just a point outside the drop zone, then entertain another relegation rival in Burnley on Tuesday.

Newcastle have won both of their home league games – against Cardiff and Manchester City – since Perez declared “something is wrong” after a 1-1 FA Cup draw with Blackburn last month.

And he added: “Performances at home have been better since then.

“At home is where you have to be stronger and get more points and make the other team feel uncomfortable.

“Now we have two massive home games and we need to keep getting points as soon as possible because the end is getting closer.

“It is getting tighter at the bottom but the team is showing good character and we now know how to suffer.