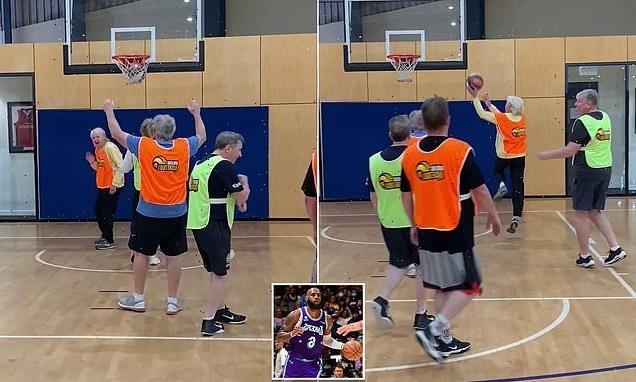 Move over, LeBron James: Aussie granny goes viral with her incredible basketball skills as 6.5million fans are amazed by the ‘midcourt maestro’

NBA legend LeBron James is no stranger to going viral with his insane skills, but he might have some competition after a video of an Aussie granny completely dominating a walking basketball game was seen by more than 6.5million people.

There were shades of the late Kobe Bryant’s signature rip-through move before the newly minted star – known only as Jules – completed a flawless lay-up in a video posted on Geelong United Basketball’s (GUB) TikTok account.

Jules, who clearly has quite the basketball pedigree if her skills are anything to go by, wasn’t content with only going viral once.

One of the nastiest rips throughs we’ve seen at walking basketball! The team is back in action tomorrow! #walkingbasketball #basketball #bucket

The GUB account called it ‘one of the nastiest rip-throughs we’ve seen at walking basketball’.

In another game, her jump shot technique was on full display, with the senior even fading backwards a la LeBron or Steph Curry as the ball swished through the net.

Curry’s jump shot is the thing of legend, while James’ monster athleticism is on full display when launches himself into a lay-up.

Jules has racked up an incredible 8.7million views for her slick on-court moves, and looks to be an absolute nightmare for her hapless opponents.

She even drew the attention of the 247basketball TikTok account, who jokingly welcomed her to the storied University of Maine women’s basketball program.

‘Welcome to the team, hell of a first step man. There might be some problems with your eligibility, but we’ll work past that … we’re gonna call you Betty. Welcome to the team Betty,’ laughed the viral performer.

‘She’s still got it for real,’ one user commented, which was liked by almost 108,000 people, while another laughed her rip-through was ‘the move that made LeBron cry.’ 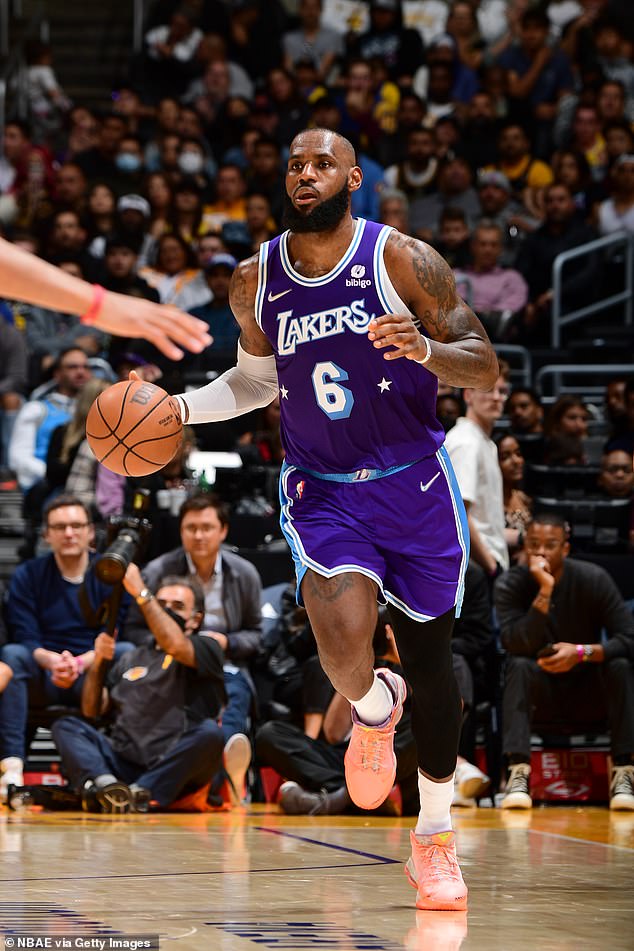 ‘She used all her stamina bar in one go,’ one wrote in reference to the popular game NBA 2K, and many were convinced Jules ‘definitely played basketball back in her day.’

Jules might even have a new nickname, with one user suggesting she is a ‘midcourt maestro.’

Walking Basketball is a more gentler form of the sport focused on inclusion for more senior players and has one simple rule – no running! 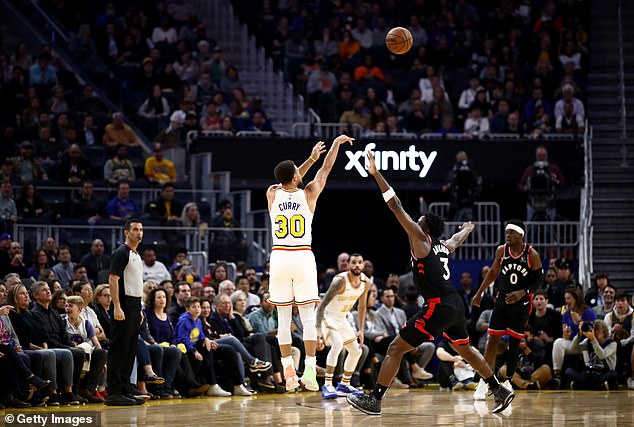 Jules or Steph Curry? This one happens to be Golden State star Steph Curry showing off his jump shot technique like Jules as he sinks a three-pointer

One of Jules’ opponents tried to call travel on her after the lay-up, but we’ve given the move a double thumbs up here at the Daily Mail Australia office; with other TikTok user also scoffing at the travel suggestion!

Geelong United Basketball is ‘Australia’s largest regional community basketball organisation’ according to its Facebook page, runs walking basketball and senior competitions, among others.

By the looks of it, it’s absolutely ON for young and old down in ‘The Pivot’ city.