Australia's embattled batsmen were challenged to find two heroes but no player has thus far answered the call as India close in on a rare victory in this country after a day where the gap between the two sides continued to widen.

The whipping boy in the first innings, Shaun Marsh now stands as Australia's greatest hope of avoiding just their third Test defeat in Adelaide in nearly 23 years after another underwhelming performance by the top order. 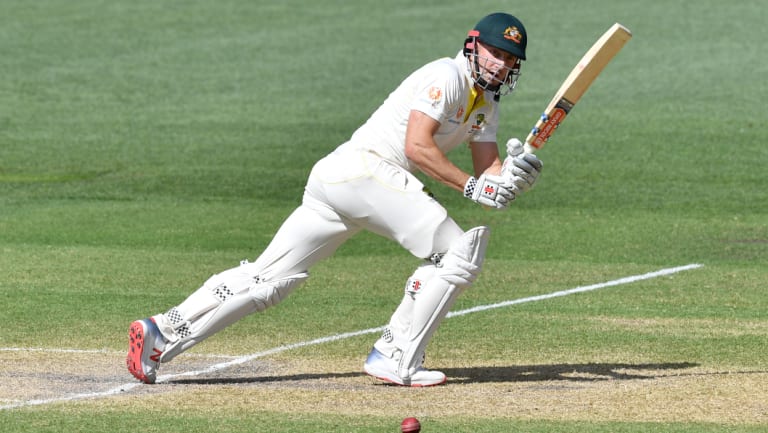 The Australian camp is drawing heart from their miracle in Dubai when they saved the match against all odds and say they still believe they can win.

They reached stumps on 4-104, still requiring a further 219 to overhaul India's target of 323. If India are successful, it will be just their sixth win in 46 Tests on Australian soil.

Marsh, unbeaten on 31 after snapping a run of single-digit scores that has brought his place in the side into question, and Travis Head will have to bat deep into the final day if Australia are to at least save the game let alone wrest it from India's firm grip.

"We definitely believe we can win this and we still believe we're in this game," Nathan Lyon said.

"I think Shaun's quite confident, he may not look it but I guarantee you he's very confident. He has that belief he can be the hero that stands up tomorrow and win this game of cricket for Australia."

Few outside the Australian dressing room will share his optimism that they can pull off the highest ever run chase at this iconic venue. 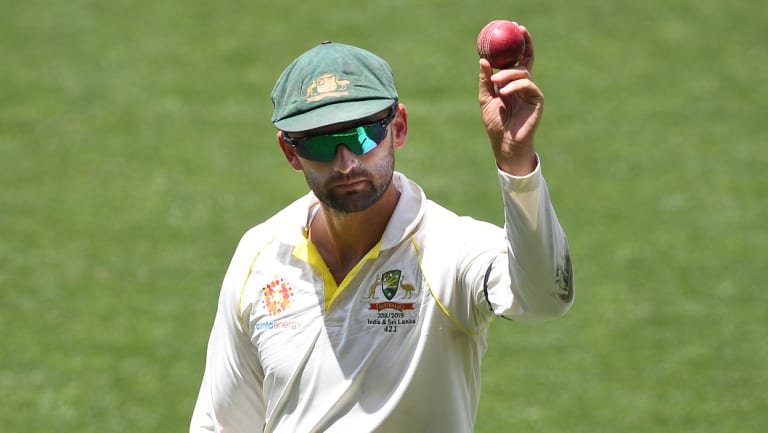 The teams responsible for reaching the highest targets here were littered with stars.

The 1902 Australian side that ran down 315 had Victor Trumper, Warwick Armstrong and Monty Noble. Clive Lloyd's West Indies in 1982 could draw on Viv Richards, Gordon Greenidge and Desmond Haynes, and their team in 1951 had two of the Windies' three famous Ws.

Fifteen years ago, Rahul Dravid, Sachin Tendulkar and VVS Laxman were part of the India team that overhauled 233. This side has Paine, who has never made a Test ton, and the bowlers to come.

Batting coach Greame Hick said before the start of play Australia would need two heroes to chase anything beyond 300 but his charges have again been found wanting.

Aaron Finch will be testing the faith of selectors after twin failures. Playing in his first Test on home soil, the Victorian was only millimetres away from a dreaded pair.

If not for a no-ball by Ishant Sharma, Finch would have failed in his bid to overturn a leg before wicket verdict against him.

There was a sense of desperation in that challenge, which may have clouded his judgment in not reviewing the contentious bat-pad call that ended his innings on 11.

Had he sent the decision upstairs, there would have been grounds for a correction with Hot Spot and Snicko not detecting any contact with bat or glove, though Lyon claims the video umpire told him Finch would still have been out. 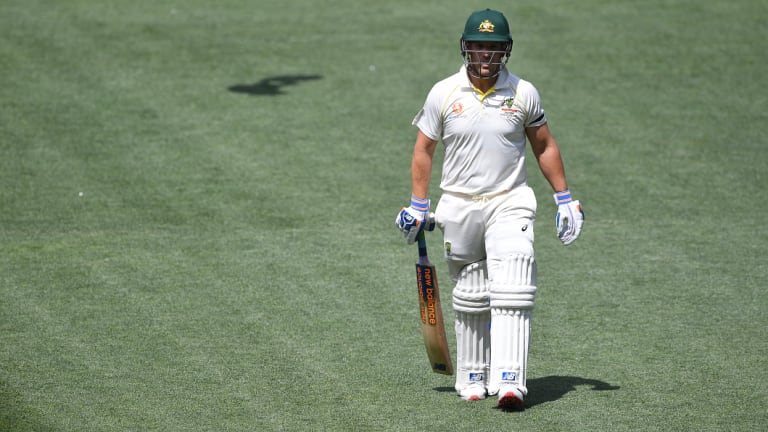 No review: Only Aaron Finch knows if he was out.Credit:AAP

Finch has done little to persuade doubters that his game is suited to open on home soil but as poor as he has been in this game, he is only three matches into his Test career.

Any gain by moving him down or dropping him could be offset by the uncertainty created by the batting order reshuffle required to make that happen.

The problems for coach Justin Langer are not just limited to the batting with concerns growing over the erratic form of senior paceman Mitchell Starc.

Not only is the left-arm speedster failing to consistently trouble frontline batsmen, he has also lost his radar.

His display on Sunday was eerily reminiscent of Mitchell Johnson's wayward campaign in the 2009 Ashes.

His figures of 3-40 from 21.5 overs were deceptive, bolstered by the wickets of numbers eight and nine.

Paine's waning faith in his most experienced quick was shown when he pulled Starc out of the attack after only two scattergun overs with the second new ball, which tested the acrobatic skills of the wicketkeeper.

Australia's batsmen were again guilty of wasting starts, often falling to poor strokes that were the result of lapses in concentration synonymous with inexperience.

Debutant Marcus Harris, dismissed for 26 for the second time, was furious with himself for cutting a ball that was not wide or short enough to warrant a horizontal bat. 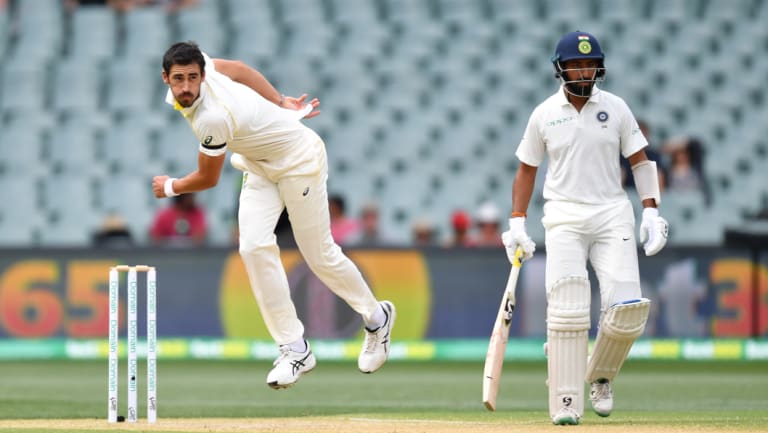 Wild: Mitchell Starc unleashes, with some misdirection, on day four at Adelaide.Credit:AAP

Peter Handscomb had also done the hard work but on 14 was late on a pull shot from Mohammad Shami, looping a simple catch to Cheteshwar Pujara at mid-wicket.

To be fair to India, the relentless pressure by their bowlers also played a part in bringing batsmen to their breaking points.

Usman Khawaja, who made eight off 42 balls, ran out of patience against Ravi Ashwin, advancing premeditatively to the spinner but failing to get to the pitch of the ball and holing out to deep cover.

Australia were spared an even larger run chase by Lyon, who was the pick of the bowlers, claiming 6-122.

Pujara again proved a major stumbling block, preventing any collapse with a stubborn 74. He faced 450 balls in this game, the most by an Indian in Australia since Sachin Tendulkar at Sydney in 2004.