“As you have probably guessed, this letter is concerning an unsettled agreement between ourselves,” Dewey stated on official West Point stationery. “Approx. 4 months was the A-N football game. I placed a bet, in the form of a parka, on that game. We won. I would expect to be paid full and promptly.”

The letter was dated March 8, 1965. Dewey had placed his bet on the 1964 Army-Navy game, following a tradition that West Point cadets bet Annapolis midshipmen. On a sign-up sheet, students could wager an official academy parka or a bathrobe. Each bettor would be matched up with one from the opposing academy. The loser was to pay up quickly.

“We’d joke that we’d win the Navy parka and put it under our car to stop oil leaks,” Dewey said. “But I couldn’t even do that if I’d wanted to.’’ He said he was sure “this darn Navy guy’’ was refusing to honor the debt.

Dewey had also bet on the Army-Navy game the year before, in 1963, but he lost when Navy, led by Roger Staubach, won, 21-15. Dewey forfeited a parka. 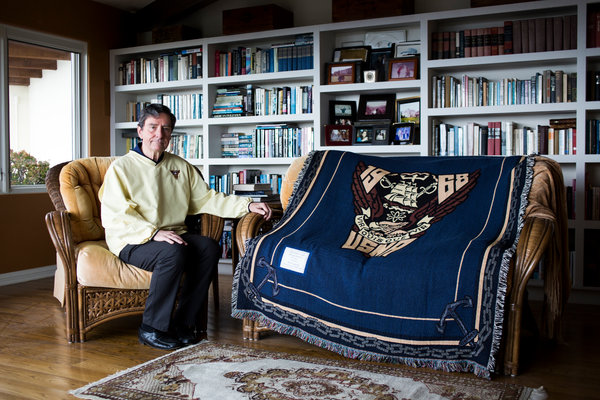 By the 1964 game, Army had not beaten Navy in five years, but Dewey still believed in his team. His hunch was right. Army won, 11-8, as a crushing West Point defense kept Staubach contained.

In the weeks that followed, Dewey watched other cadets receive dark wool Navy parkas or wool Navy bathrobes. But two months went by, and there was no payoff for him. After four months, still nothing.

“I placed the bet in good faith, willing to send one of our parkas if we lost, and I did the previous year,” Dewey wrote. “To be blunt, I would greatly appreciate receiving shortly in the mail a U.S.N.A. parka with ’67 numerals.” (Dewey was a member of the class of 1967.)

After that, the parka was gradually forgotten. The Vietnam War loomed large, and upon graduating, Dewey was commissioned as a second lieutenant in field artillery. Two years later, at age 23, he was in a South Vietnam jungle, soon to command a battery of 100 soldiers.

During his yearlong tour of duty, four men in his battery were killed and many more were seriously wounded. He wrote letters to the parents of each to let them know someone had cared about their sons.

“Of course, they would get a knock on the door, like you see in films,” he said. “But it was my job to make things more personal. In the broadest sense, as a commander, you were responsible for their well-being, for their safety.”

Dewey ended up staying in the Army for 26 years, teaching at West Point and serving in South Korea and Europe. He eventually rose to the rank of colonel.

Then last month, five years into retirement from a subsequent career as a business executive, the phone rang at his home in Santa Barbara, Calif.

The caller said, “You probably don’t remember me. But I’m the midshipman that didn’t pay you that bet 54 years ago.”

The caller went on. “There were extenuating circumstances,” he said, which he proceeded to explain.

As he outlined to Dewey in that November call and later in a two-page letter, he didn’t know that he had even placed that 1964 bet. He had grown up modestly in New Castle, Pa., where his father was a mail carrier. His family didn’t have the money to put the required amount in his Naval Academy bank account his first year, so he said his Navy paycheck was garnished each week to compensate. That left him $15 a month — hardly enough to buy a parka, which back then cost maybe twice that much.

“I didn’t bet because I didn’t have the money to lose,” he said. “So someone else — must have been a senior — placed the bet for me.”

Besides, he said, he never received Dewey’s letter asking him to pay up.

In November 1964, Horne tore the cartilage in his left knee during freshman football practice — he never made it beyond the junior varsity — and spent weeks in the hospital. As a result, he watched that year’s Army-Navy game on TV. The rest of the school year was a blur. Back home for Christmas. On campus for final exams. Back in the hospital for surgery. Away in California for summer military training.

The Army-Navy game was the least of his worries.

A white poster board appeared in the rotunda of his dormitory during Horne’s second year there. It listed several names of Naval Academy graduates who had been killed in Vietnam. The poster would soon be filled with more names, he said. Then another poster would appear, and that one would fill up, too. And then another.

Two years after graduation, at the same time Dewey was in Vietnam, Horne was on a ship off the Vietnamese coast, firing rockets in support of ground troops. He was a weapons and deck department officer in charge of 70 seamen on the U.S.S. White River.

“We trained to be leaders, and that’s what we had to do, whatever academy you came from,” he said. “In the end, and this is important here, we were all in it together.”

Horne was in a battle zone for about three months before being reassigned. By the time he retired from the Navy, he had reached the rank of captain.

He has had season tickets to Navy football for 35 years, but the Army-Navy rivalry never felt as poignant as it does this year — all because of a letter found in his parents’ house after his mother died.

It was Dewey’s letter. Reading it, Horne felt himself blush.

He surmised that the letter must have been forwarded to him in the hospital following his knee injury, then back to his dorm, and then to his parents’ house, where it stayed for more than 50 years.

After calling Dewey and writing him a letter of explanation, Horne also sent a large “Navy 1968” blanket in place of the parka that never showed up. (Horne graduated in 1968.) His wife, Pam, cross-stitched a note to the blanket that said, “For A Great Win,” and included the date and score of Army’s victory.

Horne included an apology. “Honestly, ‘most’ Midshipmen are much more trustworthy,” he wrote.

Dewey appreciated the gesture — all of it.

“He could’ve just opened that letter I sent to him in 1965, laughed and threw it away,” Dewey said. “But there is honor, and we were trained to be gentlemen, so it makes sense that he didn’t.”

Now, all these years later, a friendship is emerging. Betting by the two academies on the Army-Navy game is less formal than it used to be, but that hasn’t deterred Dewey and Horne.

The two, who are both 72, have placed a new bet with each other, waging a steak dinner on this Saturday’s Army-Navy game in Philadelphia. Dewey will watch in Santa Barbara with classmates from West Point. Horne, who has a granddaughter at West Point, will watch the game in Florida, where he hopes to be joined by some old buddies from the Naval Academy.

Dewey is so confident he will win that he joked with Horne, saying, “I won’t have to wait 54 years for the dinner, will I? Why don’t you just put your check in the mail now, so at least it gets here on time.”

That “lousy swabbie,” who turned out not lousy after all, laughed and came back with his own joke.

“You know what cadets and midshipmen have in common?” Horne said. “Navy was the first choice for both of them.”