MIKEL ARTETA clearly isn’t looking for an easy life as he tries to get Arsenal back on track.

How else to explain the decision to start playing with three at the back despite his team’s obvious defensive frailties? 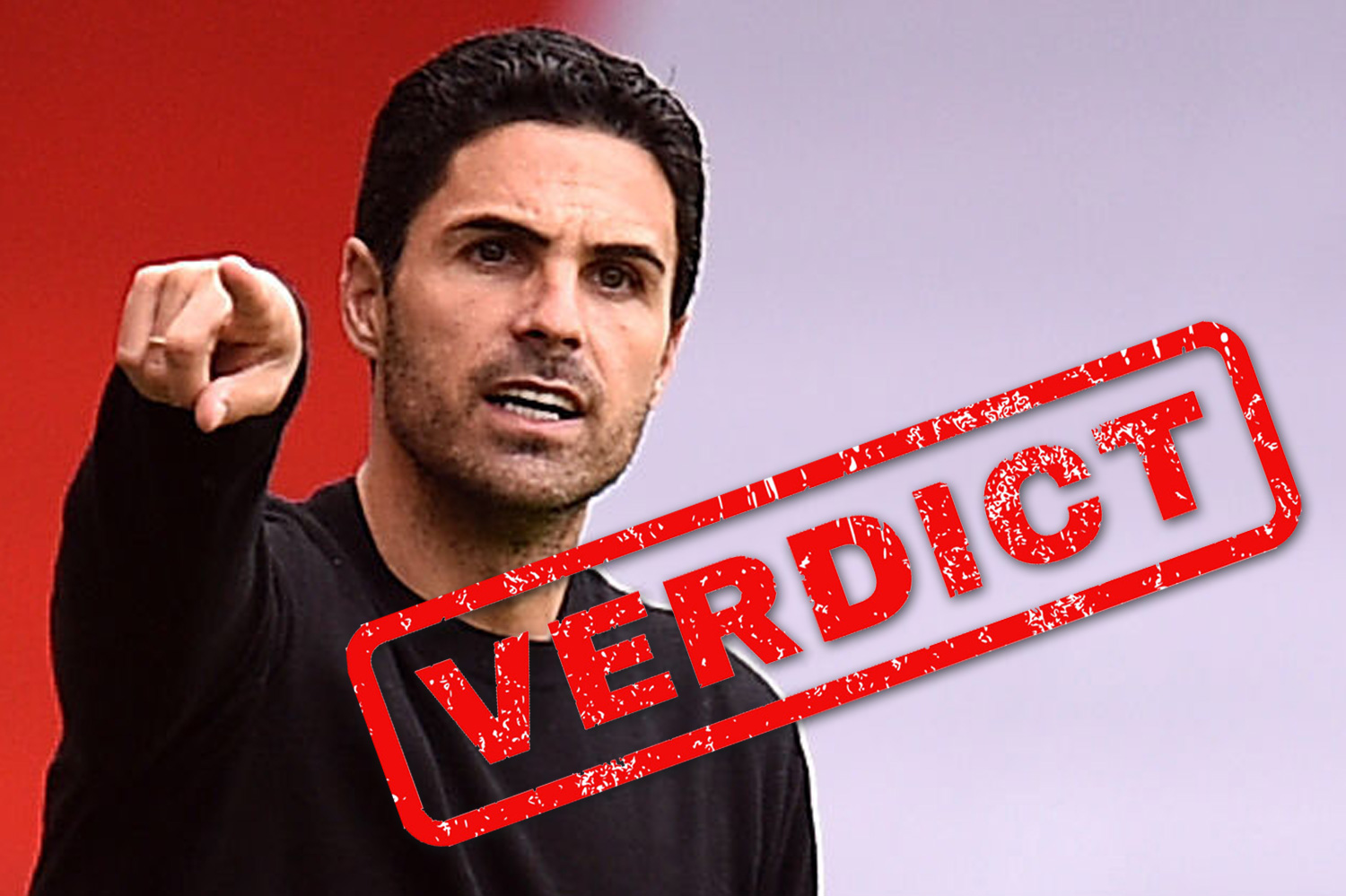 Particularly when two of that trio are the error-prone David Luiz and Shkodran Mustafi.

But Arteta concluded that less is more as he looked to replicate Sheffield United’s 3-4-3 formation and he just about got away with it.

It was an experiment which worked during the 2-0 win at Southampton on Thursday and one which the manager decided was worth persisting with.

But it wouldn’t have stopped Arsenal fans watching through their fingers as their team started off like an accident waiting to happen.

They were extremely fortunate that John Lundstram had strayed offside before he headed in from close range after just eight minutes.

Because the ease with which Ollie McBurnie won the initial header from Oliver Norwood’s deep corner should have set all sorts of alarm bells ringing for Arteta.

And there was even greater cause for concern five minutes later when Mustafi flicked a long throw right across the face of his own goal with David McGoldrick inches away from getting a decisive touch at the back post.

With full-back Sead Kolasinac an unlikely third member of that defensive triumvirate, Arsenal were always going to struggle in the air.

And the introduction of Rob Holding for the injured Luiz shortly after half-time didn’t do much to address the problem.

Maybe things will be better next season when William Saliba finally arrives from Saint-Etienne and Pablo Mari recovers from the ankle ligament injury which has ruled him out for the rest of this campaign.

Because Arteta knows his team cannot continue to fly by the seat of their pants if he wants to achieve his long-term goals.

United had the ball in the net again through John Egan but were denied once more by the linesman’s flag shortly before Chris Basham squandered a glorious opportunity to head his team level.

Yet still Arsenal failed to heed the warnings and were finally punished when McGoldrick following an horrendous 87th minute mix-up between Kolasinac and Mustafi.

And even though their blushes were spared by Dani Ceballos’ stoppage time winner, Arteta is still going to be suffering sleepless nights as long as his team continue to create havoc at the back.