LUCAS TORREIRA'S loan move to Fiorentina from Arsenal is set to be announced following leaked images of the midfielder signing his contract.

The 25-year-old was told by the Gunners he was free to depart this summer having been deemed as surplus to requirements by Mikel Arteta. 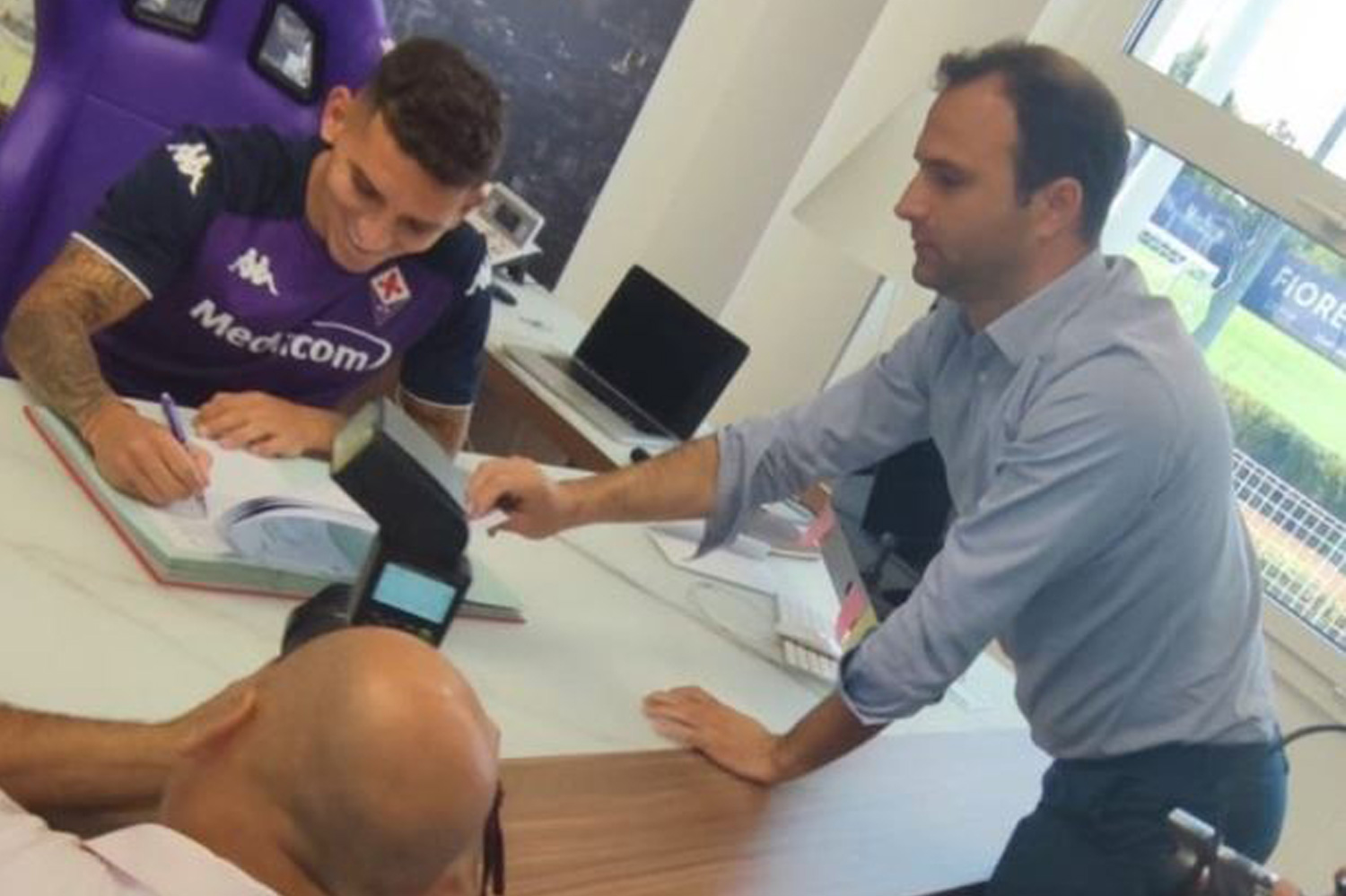 And the Uruguay international, who spent last season on loan at Atletico Madrid, made a return to Italy his priority.

Torreira joined Pescara's academy in 2013, before joining Sampdoria two years later, where he stayed until he linked up with Arsenal in 2018.

But he has now sealed a return back to Serie A with Fiorentina, who have the option to permanently sign him next year for £13million.

And Torreira's £1m loan switch is set to be confirmed imminently after journalist Nicolo Schira tweeted a picture of him in a Fiorentina training shirt.

In that post, the 2020 FA Cup winner can be seen happily signing his contract.

Meanwhile TheAfcBell uploaded a photo of the player holding up a shirt with his name and No18 on the back.

Torreira will be the third high-profile central midfielder to depart the Emirates this summer.

French star Matteo Guendouzi has returned to his native France to link up with Marseille.

And with Mohamed Elneny facing an uncertain future in North London having entered the final year of his contract, Arsenal could look to bring in another midfielder.

Lyon ace Houssem Aouar is believed to be attracting interest from both the Gunners and rivals Tottenham.

The Ligue 1 outfit are keen to offload the 23-year-old, with it claimed they would be willing to accept a loan-to-buy transfer.