ARSENAL rocketed up to seventh place in the Premier League table with a win over norwich.

Pierre-Emerick Aubameyang made history as he became the fastest Gunner to 50 Prem goals as he scored twice while Granit Xhaka and Cedric Soares also found the net. 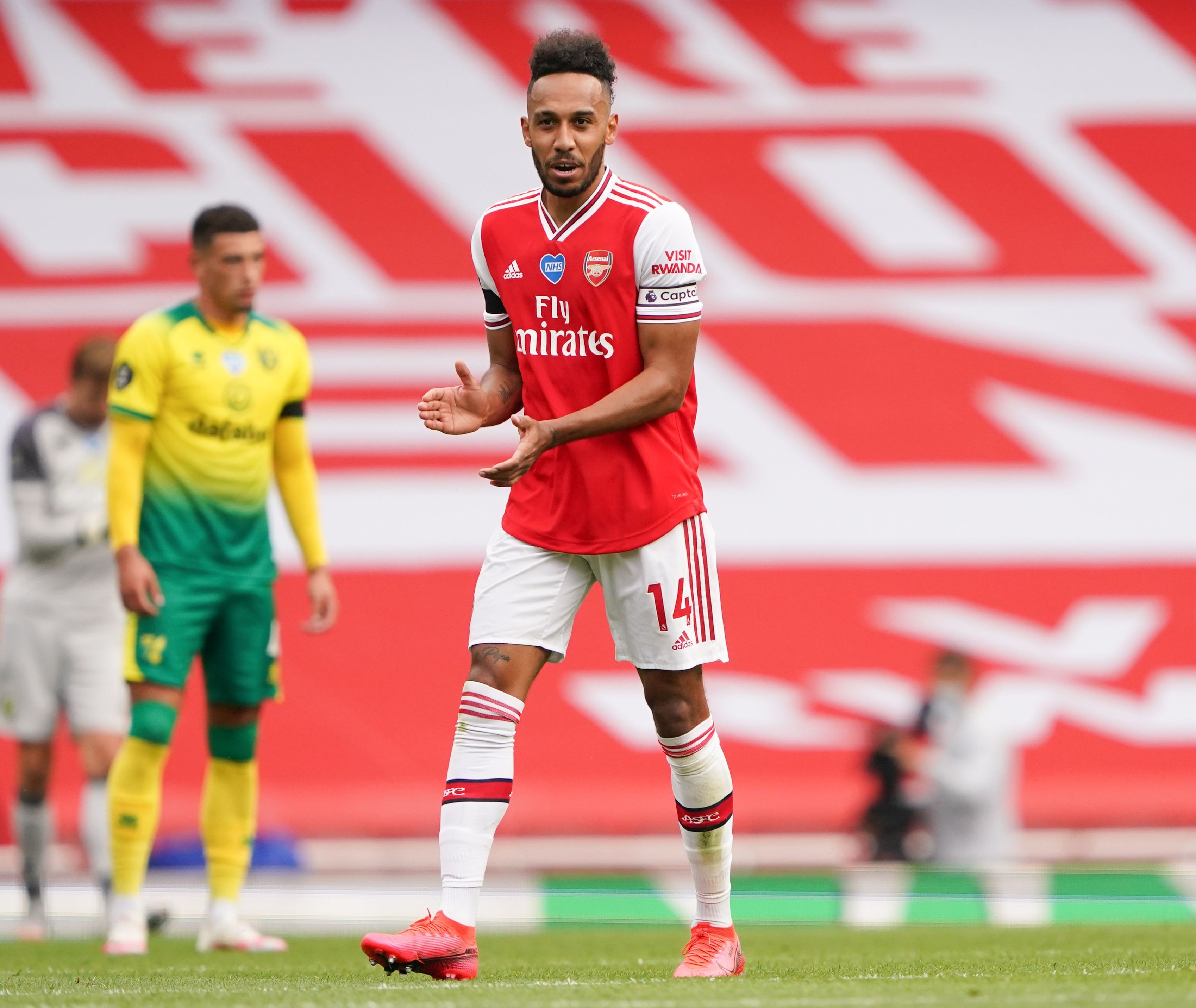 SunSport reporter Joe Miles has rated all of the Arsenal stars following the behind closed doors clash at the Emirates.

Arsenal's No2 keeper was almost left red-faced after Ben Godfrey went for goal with a long ditstance strike in the early stages.

But luckily for the 27-year-old, he was saved by the woodwork.

The long-serving Gunner made a string of good saves including his effort to stop Kenny McLean's free kick.

Mustafi put in a solid display in the first half, but he was swapped for Rob Holding during the interval.

Norwich posed very few threats going forward, but the centre-half managed to clear the danger every time they came close.

The Brazilian is on a mission to redeem his reputation after his horror show against Manchester City.

And tonight he showed his team-mates exactly what he can bring to the team.

For Arsenal's second goal, he fired an inch-perfect long ball up the pitch to the feet of Tierney.

Norwich called for a penalty after Kolasinac collided with Todd Cantwell inside of the area.

There was contact, but VAR confirmed the referee's decision to not award a penalty was the right one.

The Frenchman looked dangerous as he pressed up the pitch on the right hand side.

He enjoyed his share of possession, but failed to feed the strikers as much as he should have done.

In the eighth minute he had the perfect chance to pull the back to Aubameang, but wasted the opportunity and his cross was blocked.

Yet another performance that exaggerated why Mikel Arteta needs to secure his signature permanently.

He bossed the midfield as he tore Norwich apart with his precision passing and tough tackling.

In the first half, he won all of his aerial duels, racked up the most interceptions and won the most fouls. 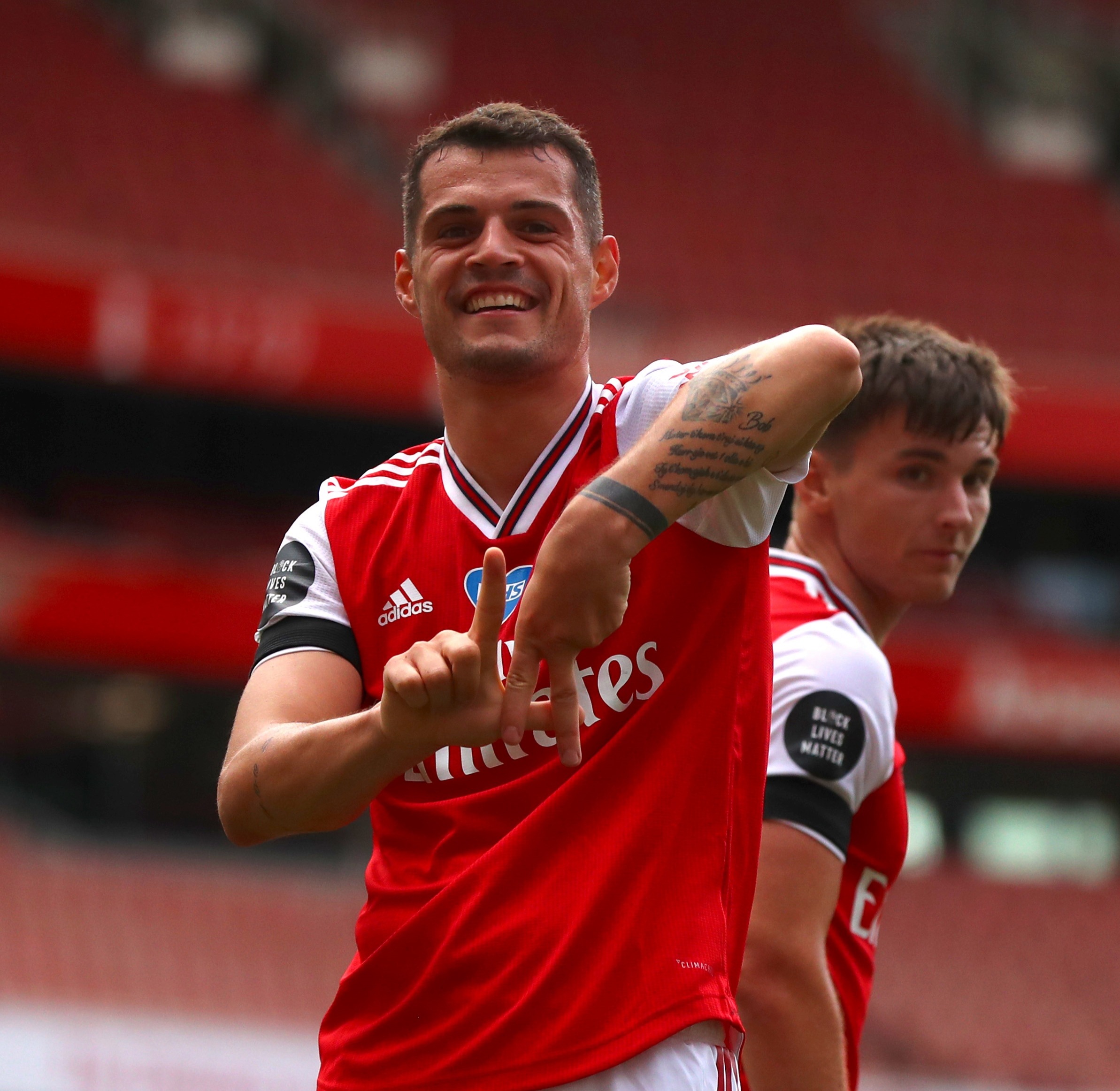 The midfielder silenced his critics as he doubled Arsenal's tally before half time.

He picked up the ball in the box before he buried his strike in the far corner from a tight angle.

Xhaka, who was booed off the pitch and stripped of captaincy in October, now looks back to his best under Arteta's watchful eye.

He even put on the armabdn after Aubameyang was replaced by Nicolas Pepe.

The former Celtic star tormented Norwich's defence when he bombed up the left wing.

He threaded the ball through to Aubameyang before Xhaka's strike made it 2-0.

It was a quiet display from the 20-year-old, but he did show glimpses of brilliance when he had the ball at his feet.

In the first half, he registered 100 per cent passing accuracy and created the most chances.

But he was hauled off and replaced by Joe Willock in the 57th minute.

The striker looked like Arsenal's weakest link at the Emirates.

He was dropping back to hunt for possession – which left Aubameyang isolated up top.

Lacazette missed a headed effort in the first half then he sent a left-footed strike wide of the woodwork from close range.

Pepe will be expecting to start against Wolves after that performance from Laca. 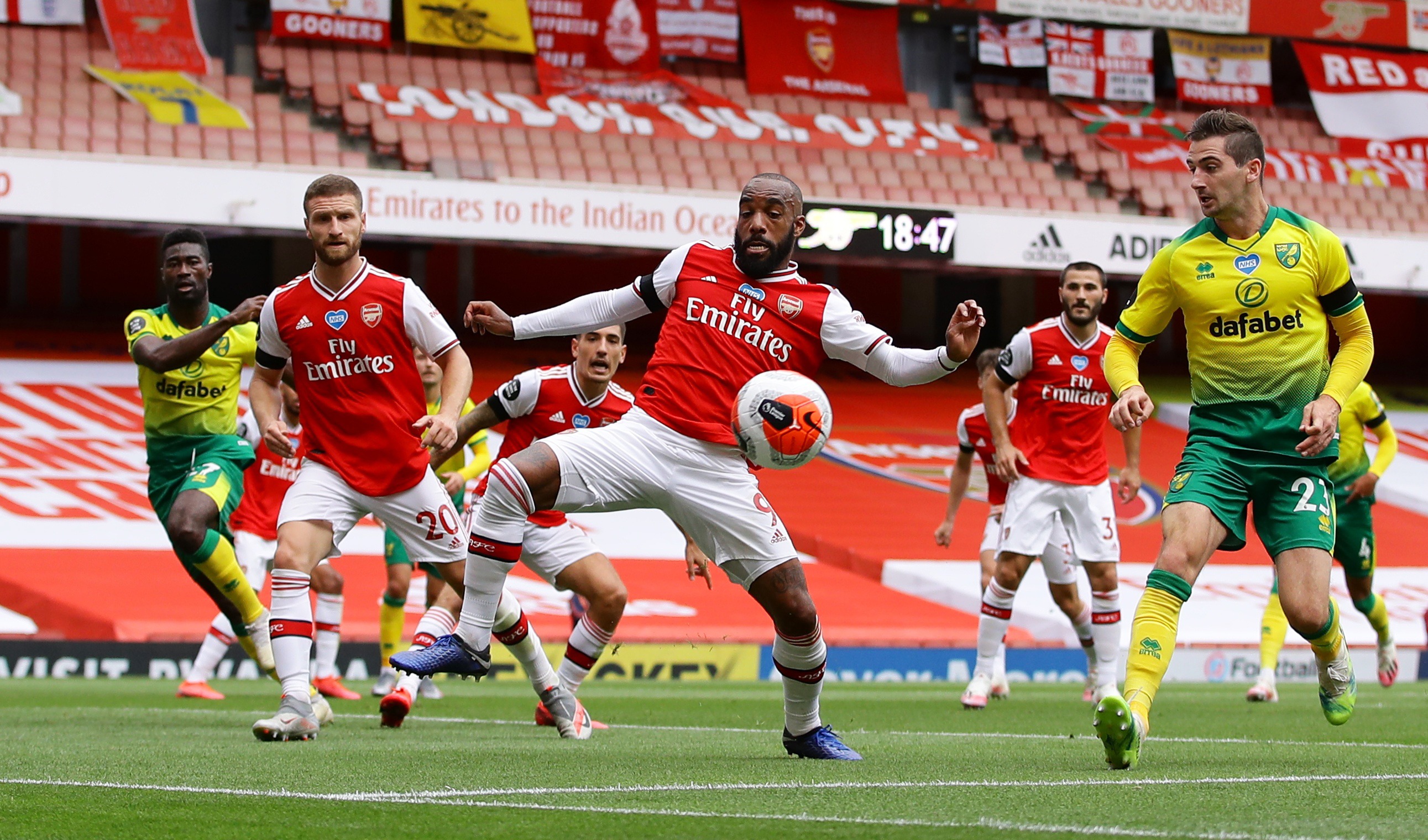 The striker made Arsenal history when he slotted home the opener in the 33rd minute.

He scored 50 Premier League goals for the Gunners in fewer games than any other player.

Aubameyang forced Tim Krul into making a imstake before he slotted the ball into an empty net.

The striker then put the game to bed as he made it 3-0 to the Gunners in the 67th minute.