ARSENAL couldn't capitalise on Tottenham's defeat in the early kick off as a lacklustre Gunners performance saw them slip to an 1-0 loss to Southampton.

Mikel Arteta's side saw plenty of the ball, but Jan Bednarek's goal on the stroke of half time was the difference between the sides. 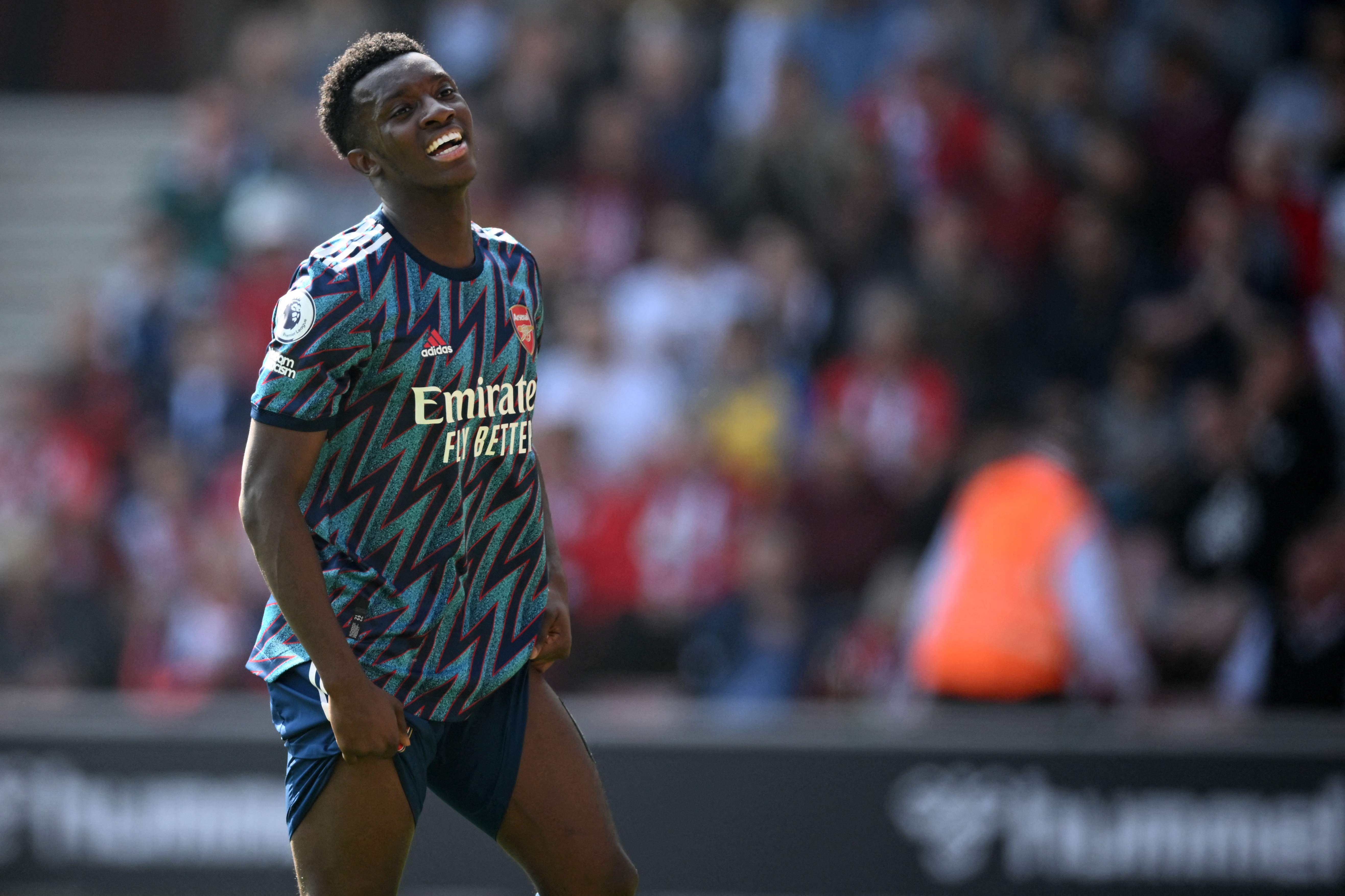 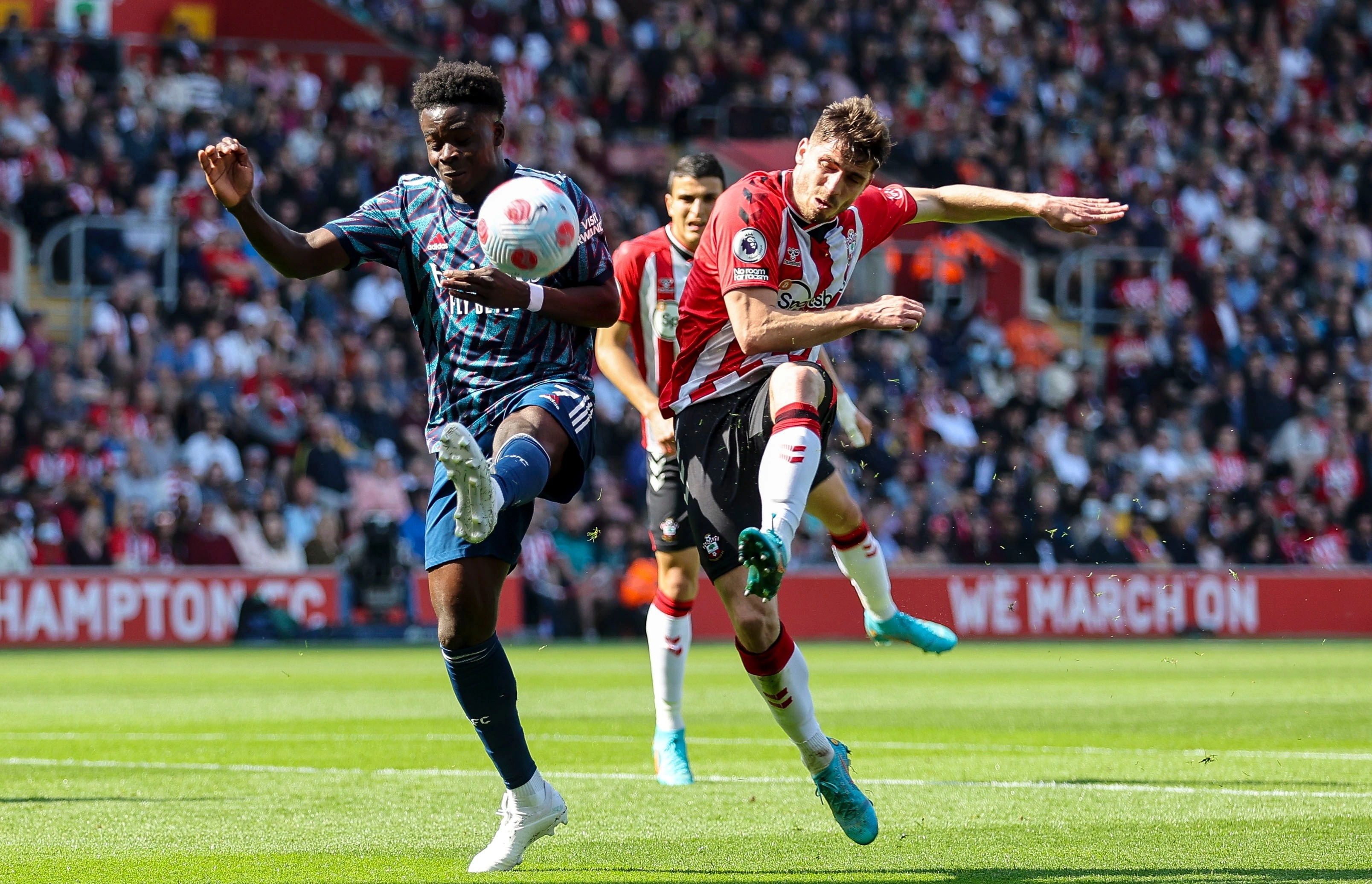 Try as they might, Arsenal just couldn't break down a stubborn Saints side with the visitors' frustration proven by the fact Arteta had subbed both full-backs for attackers by the 70th minute.

Eddie Nketiah was handed a rare start in the absence of Alexandre Lacazette, but passed up on the opportunity to stake his claim to lead the line for the remainder of the season.

Elsewhere Bukayo Saka dropped below his usual high standards, and wasted a glorious opportunity to put the Gunners ahead early on. 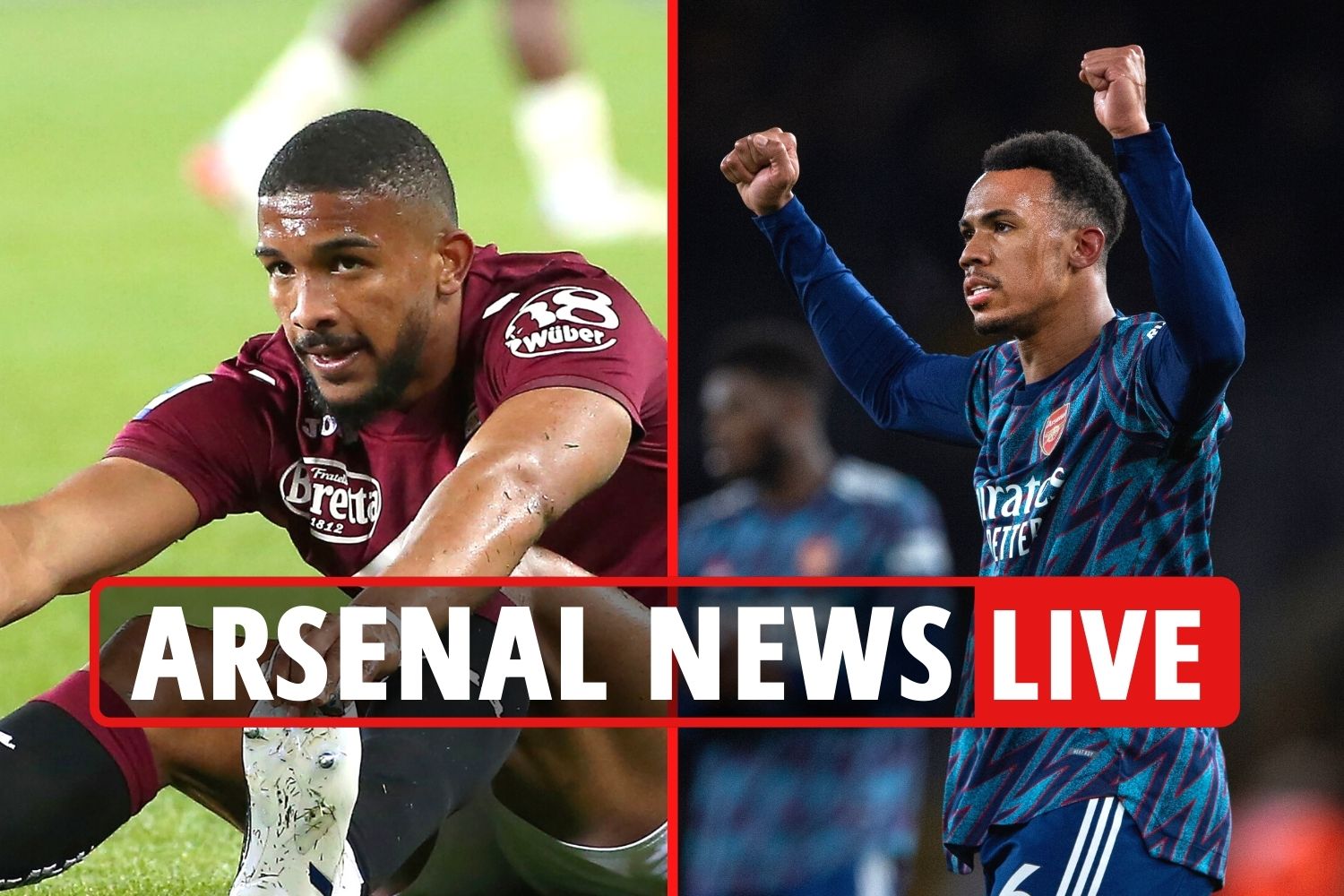 The keeper was a commanding presence in the Arsenal box, which helped settled his defenders in front of him.

Wasn't really tested in the first half until Jan Bednarek's goal on the stroke of half time, which he may disappointed not to have kept out after getting a strong hand to the close range effort.

A passenger in the second 45 minutes, Ramsdale didn't have to make a save after the break.

The former Southampton man wasted two glorious opportunities in the first half to whip dangerous free-kicks into the box.

Defended well against Elyounoussi but didn't threaten at all going forward, putting in too many hit-and-hope deliveries into the box, easily dealt with by the Saints backline.

Caught out a couple of times with loose passes.

And while he wasn't exactly given the run-around by Armando Broja, White was certainly tested physically by the on loan Chelsea man.

Booked in the closing stages for Elyounoussi that came out of pure frustration. 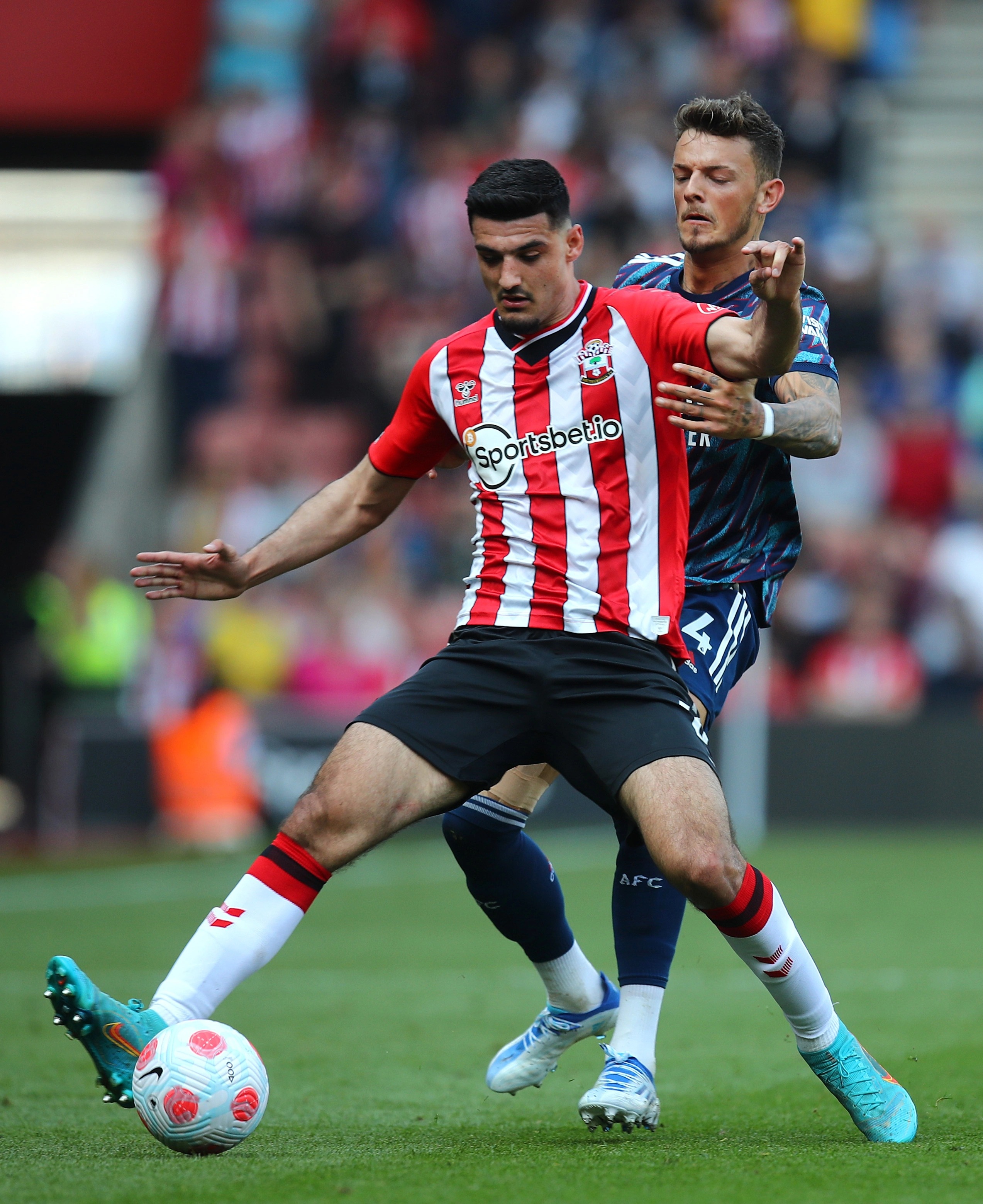 Like his centre-back partner, Gabriel was also guilty of slack passes at times, although he did find his range as the game went on and played some neat balls between the lines.

Was caught napping for Bednarek's opener when he didn't step up from a corner, playing Mohamed Elyounoussi onside who crossed in for the goal.

Tavares did enjoy a more accomplished performance than his horror show against Crystal Palace, but there are still lots of question marks hanging over him.

The left-back wasn't particularly eye-catching in defence, and didn't offer much going forward either.

It was progress from his last outing at Selhurst Park, but then again almost anything would have been.

Far more comfortable in the middle than he is at left-back, but still couldn't stamp his authority on the game.

Tried to play on the front foot and send Arsenal forward, although he was effectively snuffed out in the middle by James Ward-Prowse and Oriol Romeu.

Always dropping deep to pick the ball up from the back four, but most of what he did was sideways or backwards.

Thomas Partey's place in the squad is not under threat on the back of today's performance.

Should have opened the scoring on 18 minutes after good work from Nketiah and Martinelli.

The ball was put on a plate for him at the back post but denied from point-blank range by Fraser Forster.

Guilty of overplaying on occasion, the captain for the day was always looking to find the killer pass.

And while that is encouraging to see for Arsenal fans, it did cost his side possession at times. 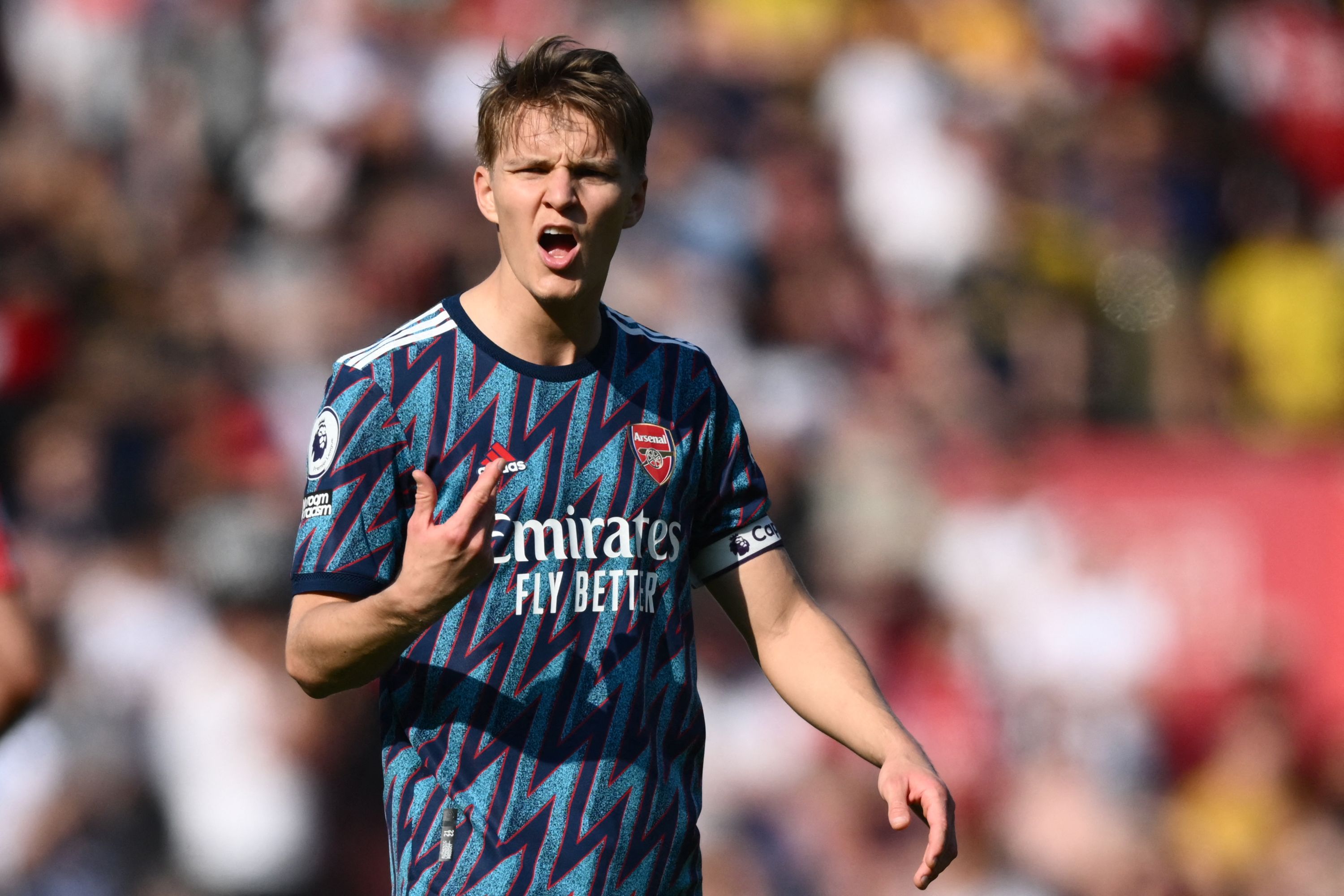 Started on the right hand side instead of his usual left. Cut inside and forced a good save from Foster early on with a stinging effort.

Then swapped over to the left, but was expertly marshalled by new England international Kyle Walker-Peters.

Leading the line in the absence of Lacazette was always going to be challenging.

Nketiah was keen to take defenders on and also not let them rest on the ball, but he did struggle to make a real impact in the game.

Much of that though can be put down to poor service.

Chants of "Eddie, Eddie, Eddie" from the travelling fans proved they were pleased with his display.

Should have equalised on 73 minutes when the ball dropped to him on the penalty spot.

But his scuffed effort was somehow clawed away from goal by the superb Forster.

Sent on to change the game, Pepe barely had a kick in the 20 minutes he was on the pitch.