ARSENAL breezed into the Europa League knockout stages with a 3-0 away win at Molde.

Boss Mikel Arteta used the game to give some of his youngsters their chance to impress. 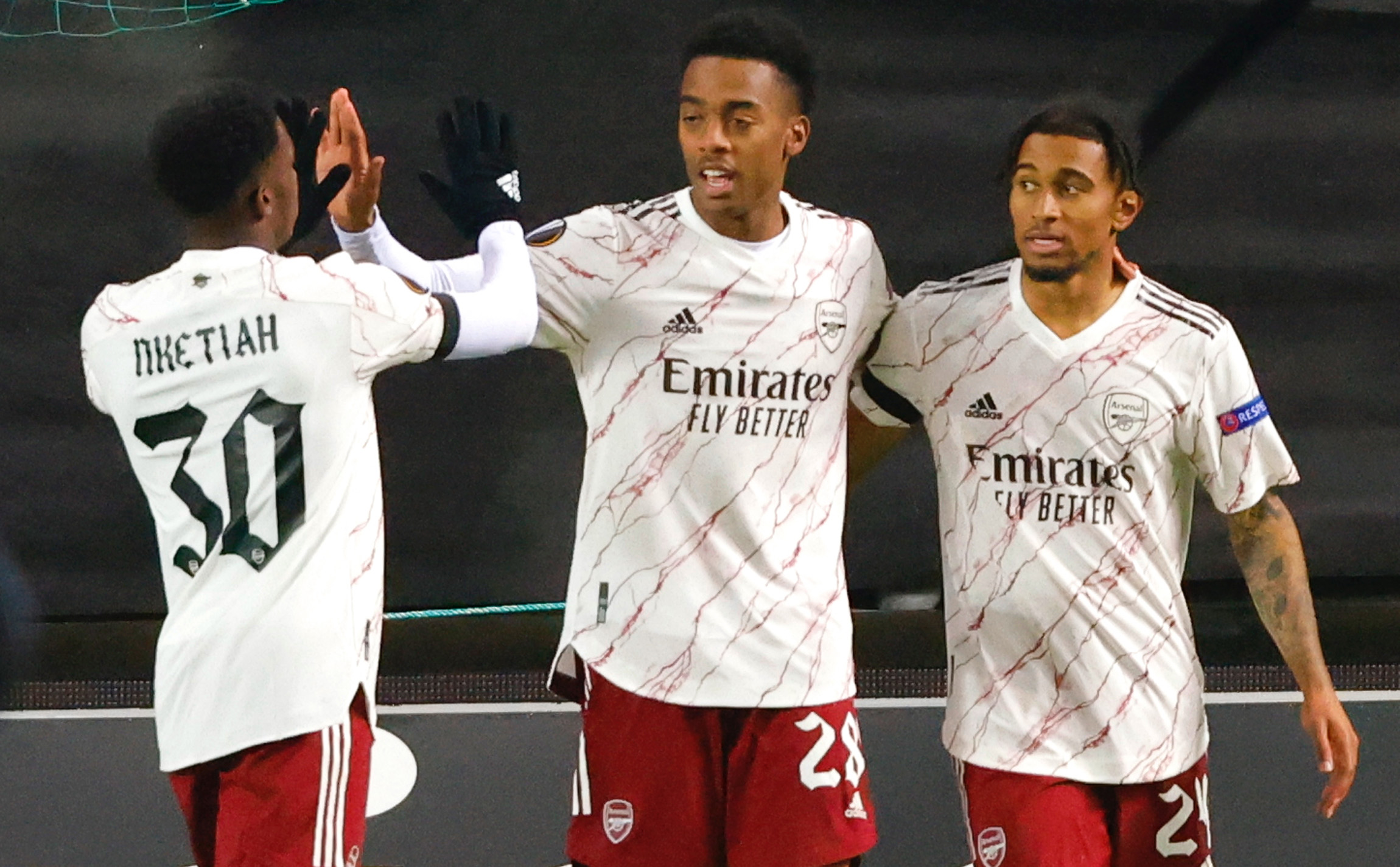 And Nicolas Pepe was handed the chance to redeem himself following his red-card headbutt at the weekend.

The Ivory Coast winger scored the opener to settle nerves, and then Reiss Nelson tapped home to make it 2-0.

Folarin Balogun climbed off the bench to score his first senior goal with his first touch after just 37 SECONDSto ensure safe progression into the latter stages of the European competition.

Great save by the back-up keeper to deny Sinyan from opening the scoring in the 14th minute.

But almost gifted Molde an opportunity with a rush of blood on the stroke of half-time.

Hasn't played badly when called upon, but is firmly back-up to Bellerin despite the eyebrow-raising contract he was given in the summer.

Comfortable night's work, seemed happy to let the youngsters round him to make the foraging runs.

Many Gooners will be surprised Mustafi is still lingering around at Arsenal.

Didn't have a lot to deal with so was faily comfortable throughout.

Luiz doesn't appear to be Arteta's first-choice centre-half anymore, so gets these runouts in the Europa League.

But he failed to complete the full game, seemingly injured and being replaced by Holding at half-time. 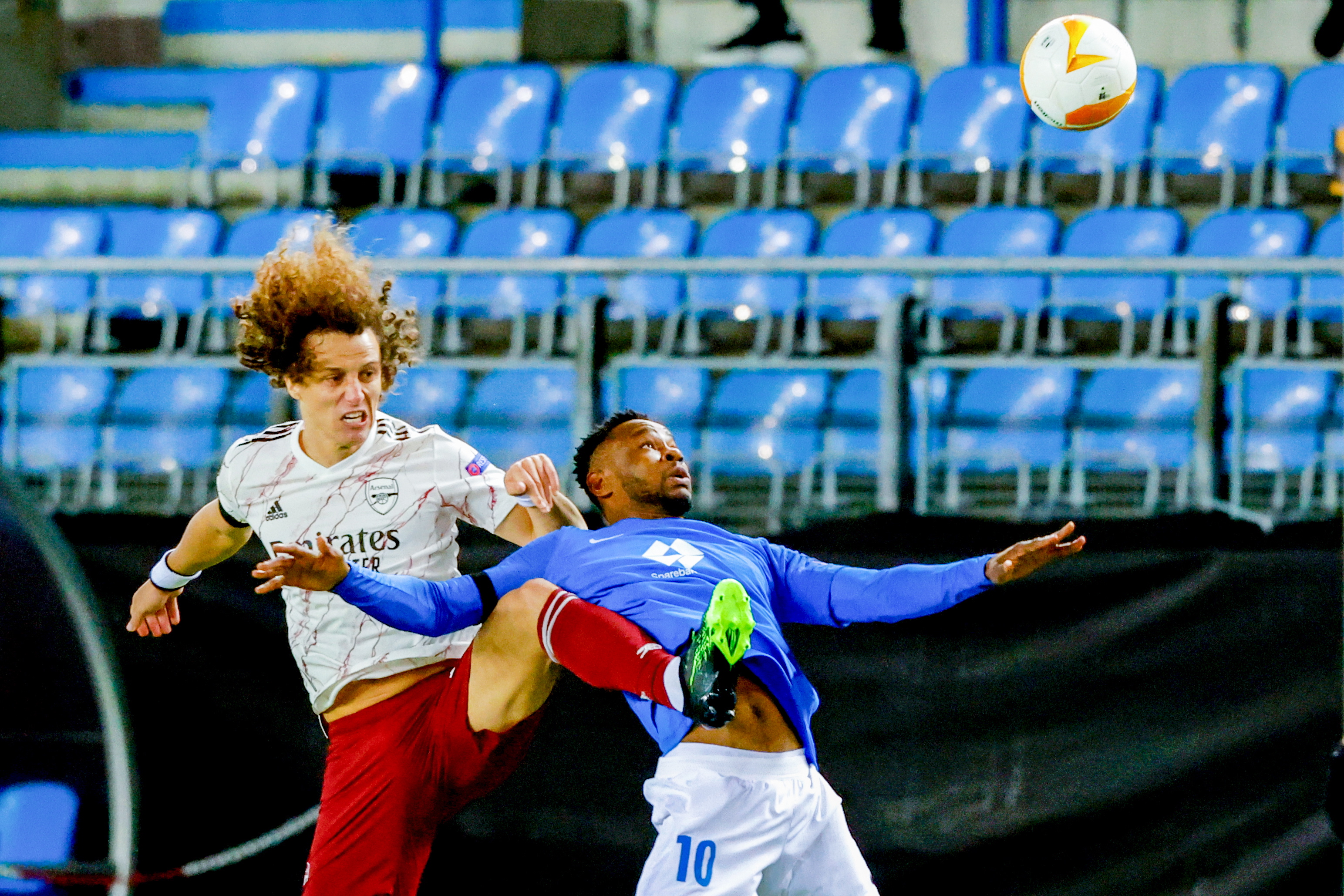 Every time he plays, Maitland-Niles brings an air of positivity and forward-thinking.

Great in attack and solid in the tackle, it's about time the England U21 star got his chance under Arteta.

This was the perfect chance for Pepe to redeem himself after his senseless sending off for a headbutt at the weekend.

Almost scored a worldie in the 48th minute, but his curling 25-yarder rebounded off the crossbar. But two minutes later got his goal with a stunner. 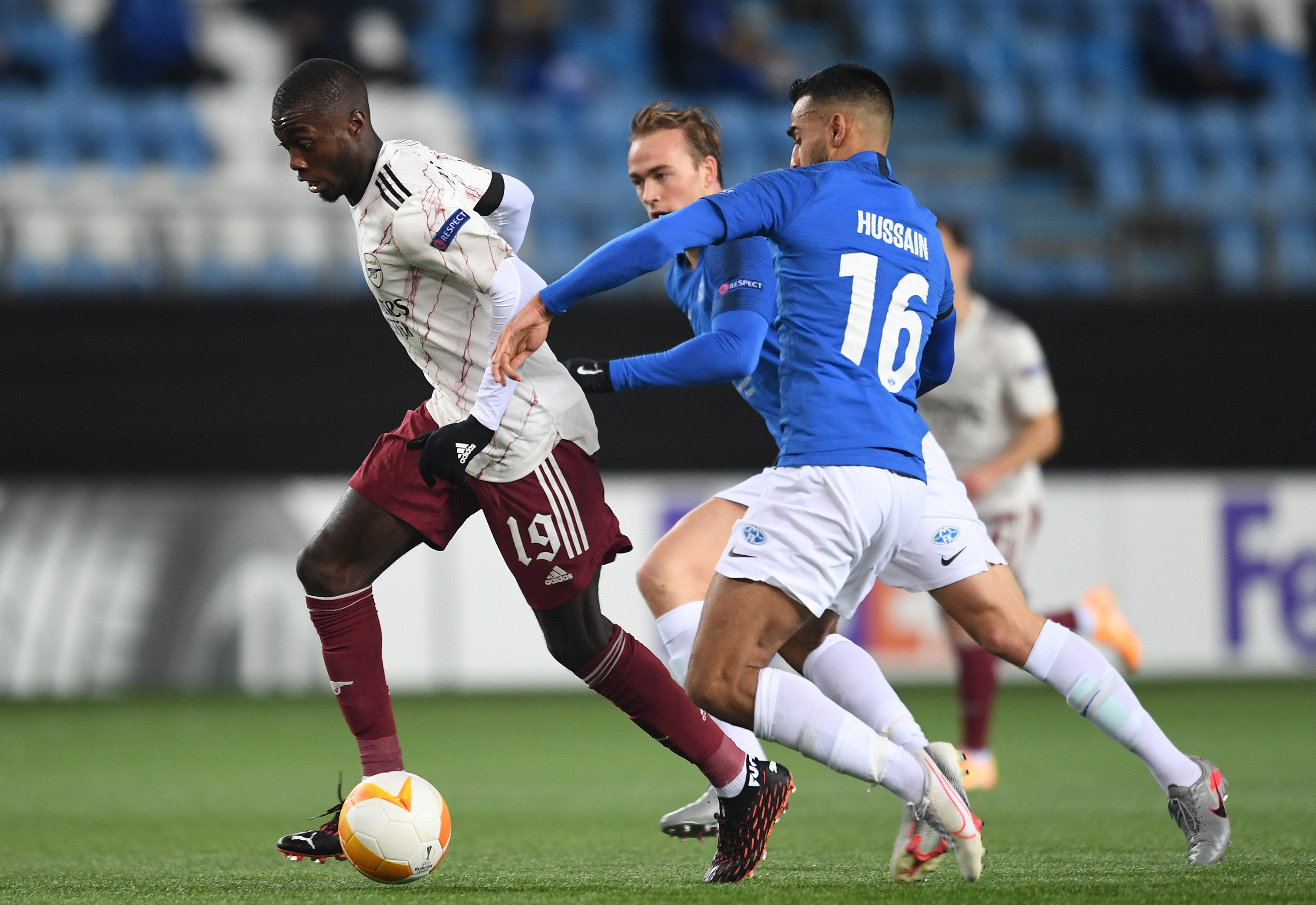 Given another chance to impress Arteta and the rookie was neat and tidy in possession.

Laid in an inch-perfect cross for Nelson to tap home a second. Looks much better when given the licence to create.

Looked yards of Molde playmaker Wolff-Eikrem in the first 45, probably because he ended up dropping into the centre-back areas.

But it was an easy night's work for the Swiss international before he exited on the hour mark, replaced by Ceballos. 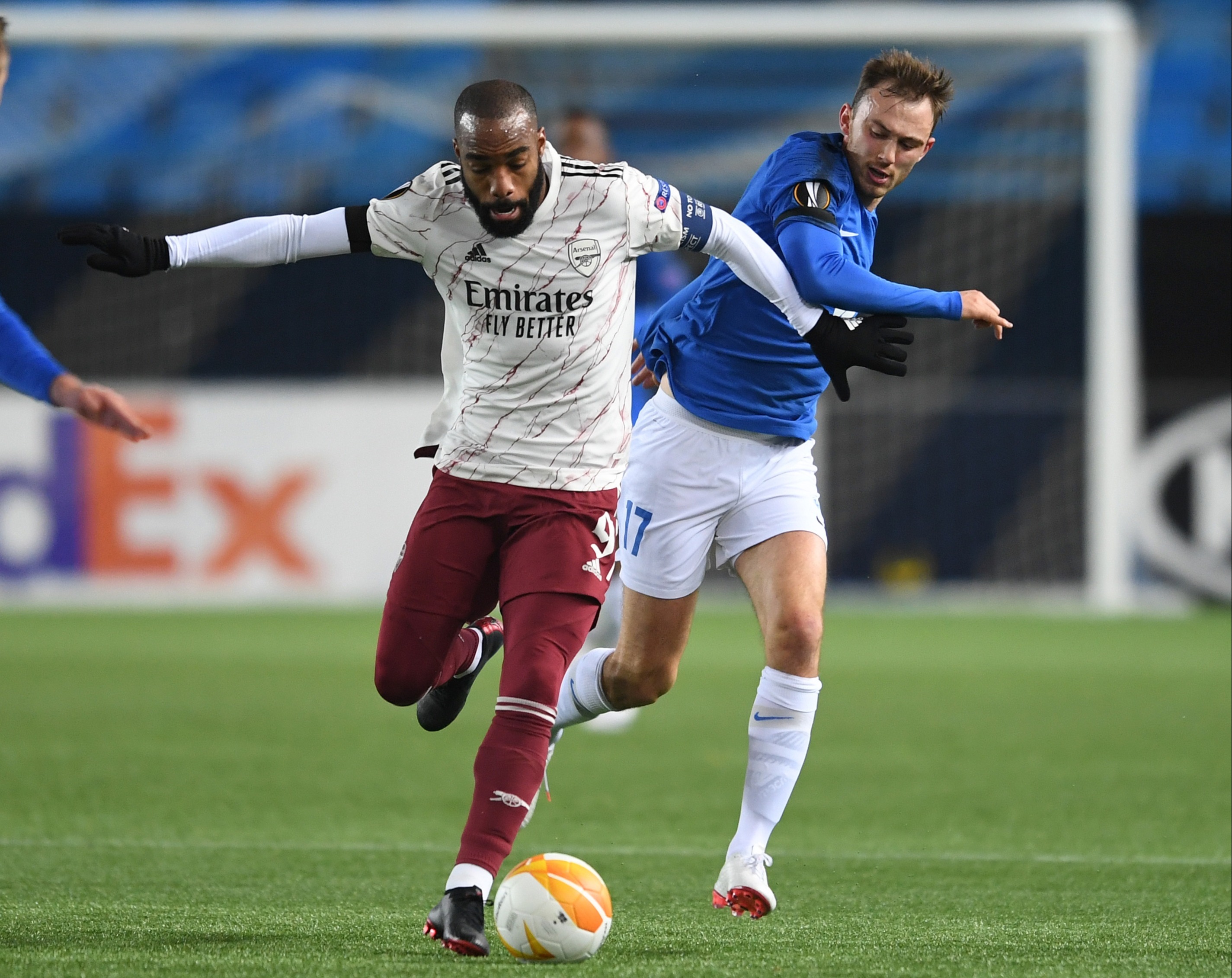 Like Maitland-Niles, Nelson brings an excitement to the Arsenal team.

Soemtimes shows hesitancy to try those defence-splitting passes but clearly has it in his locker. Scored Arsenal's second after brilliant work out wide from Willock.

Captain for the night, and that should have given the Frenchman's confidence a boost after a poor season so far.

But he was by far and away Arsenal's quitest player. His career seems to be in limbo right now.

Handed the central striker role, but just wasn't getting the ball played into him enough in the first half.

Some nice touches, but all too often the young striker was harried off the ball. Saw a goal ruled out on 52 minutes when he was offside by an arm.

Fitted in seamlessly when replacing Luiz.

Make-or-break season you'd think for the former Bolton man, who will want to be a first-team starter.

Barely noticed him, but more a sign of how comfortable it was for him.

Slotted in but nothing spectacular from the Scot.

Made his Arsenal debut in the competition, and may well be given a Gunners lifeline after frustrating loan spells away.

Scored with his first touch when he replaced Nketiah.

Big things are expected of him, and you can see why.