AN ARSENAL fan has delivered a scathing verdict on Unai Emery and his team of flops.

The Gunners crashed to a disappointing 1-0 defeat at Sheffield United last night following another abject away performance. 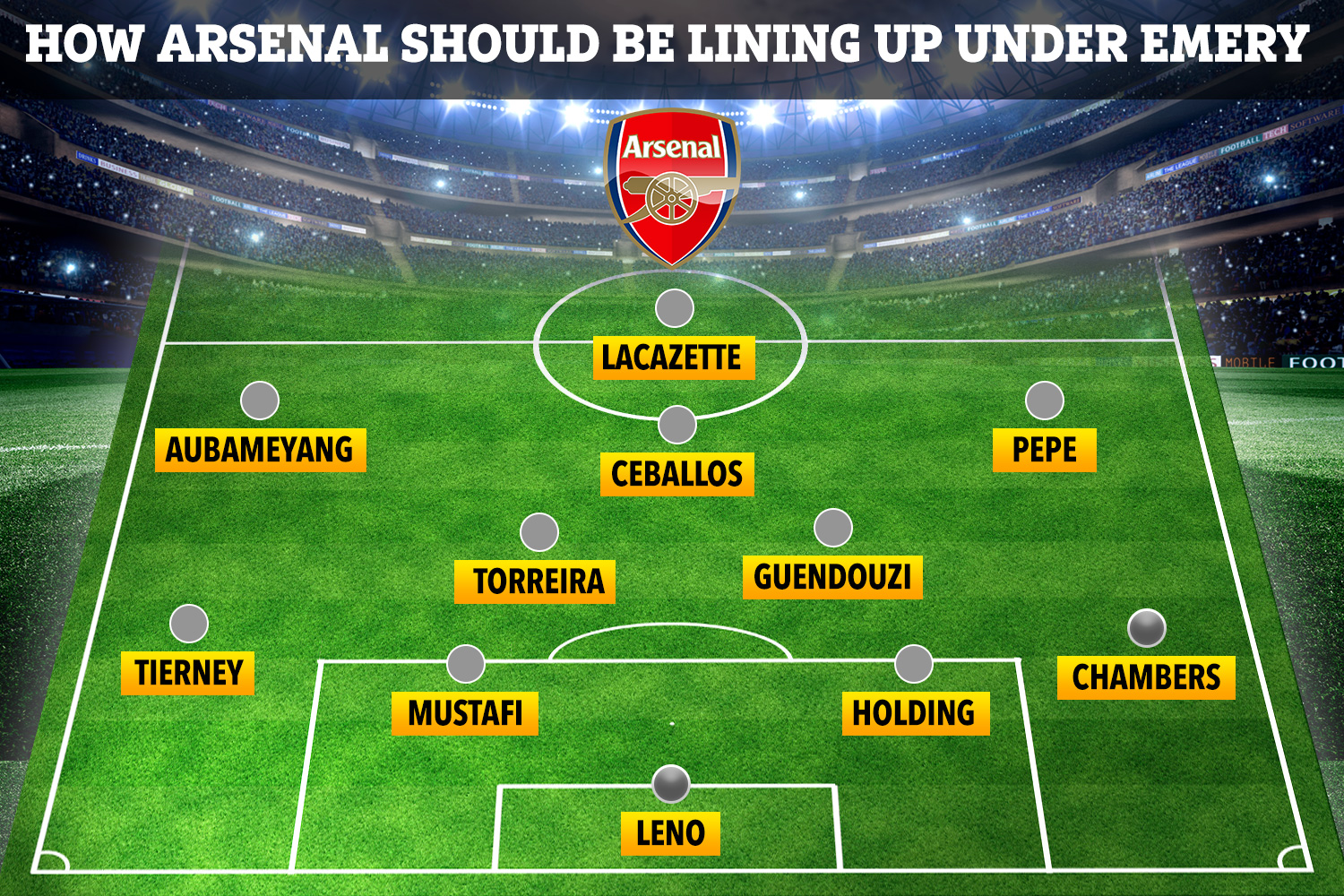 But one fan in particular struggled to hold back his emotions and believes he knows the formula to get Arsenal winning again.

Going by the name of Dean on Facebook, he first questioned why summer loan signing Dani Ceballos failed to start ahead of Joe Willock.

The Real Madrid man has blown hot and cold this season but carries the threat of making things happen in the final third.

He then blasted Emery for failing to start summer signing Kieran Tierney ahead of Sead Kolasinac.

Barring Calum Chambers at right-back, Dean would transform the entire defence by dropping both David Luiz and Sokratis for Shkodran Mustafi and Rob Holding.

Mustafi has been told he is not part of Emery's league plans but has impressed in the Europa League so far.

The club-record £72million buy spurned a wonderful opportunity yesterday but showed glimpses of his ability in patches.

The brunt of the criticism came for captain Granit Xhaka – who he doesn't want anywhere near the starting XI.

Dean labelled Emery "spineless" for allowing the squad to pick the next club captain and added that the decision was worthy of the sack.

Mesut Ozil, on around £300,000-a-week at Arsenal, was left out of the match-day squad for the fourth consecutive time.

Emery clearly wants him out but fellow clubs are refusing to meet his huge wage demands.

It is a lesson to be learned by the club who are braced to lose a fortune on the former Germany international when he does eventually leave the Emirates.

But there is a glimmer of hope with the supporter claiming that the current group are some of the best for many years but they just need a manager brave enough to work with them.

REALLY disappointing last night, it's hard to know where to start.

We have Dani Ceballos on loan yet don’t start him, what exactly are we saving him for?

He says he enjoys London and would be happy staying at the club, then we leave him on the bench.

He makes things happen I just don’t get it.

Tierney again sat on the bench, yet doesn’t even get half an hour to improve match fitness, I realise we don’t see the players day-in-day-out but is he fit or isn’t he?

Holding, another nonsense, on the bench yet he’s not played for two weeks and we don’t have a game until Sunday. What’s going on, is he tired or something?

Pepe, someone please teach this boy where the f****** goal is, £76million and can’t score from twelve inches or hit the target – looks hopelessly lost.

We have a captain, he’s no footballer.

Bang average yet our spineless manager allows the squad to pick a captain, that’s the day as an employer his employment should have ended.

We have watched seventeen months now of poor away day football. He didn’t manage more than three wins away in any season at Seville, is he just assuming we can’t win the league so picks the side accordingly?

Stick him on gardening leave until his contract ends and get him out of the club.

Arsenal f***** up giving him the ridiculous contract, learn from it and don’t do it again.

What’s so utterly frustrating is we have some unbelievable talent, The best group of players for many years but look insipid and uninspired far to often.

This isn’t just about last night, it’s happened to many times.

Come on Unai, Take the handbrake off and play your best eleven just try it, it’s an unusual concept it might just work.