And another 39 points may well secure their first Premier League title since 2004. 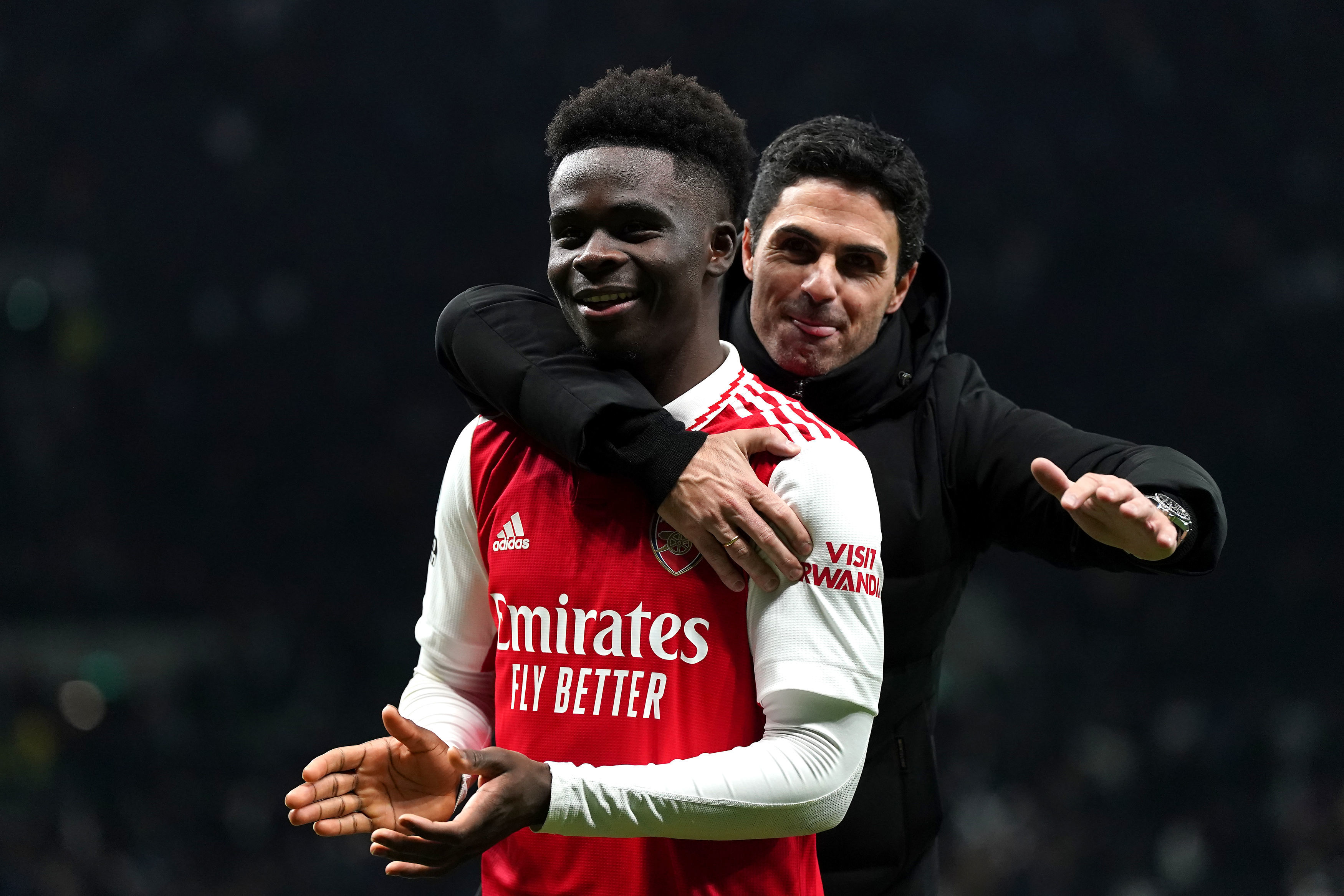 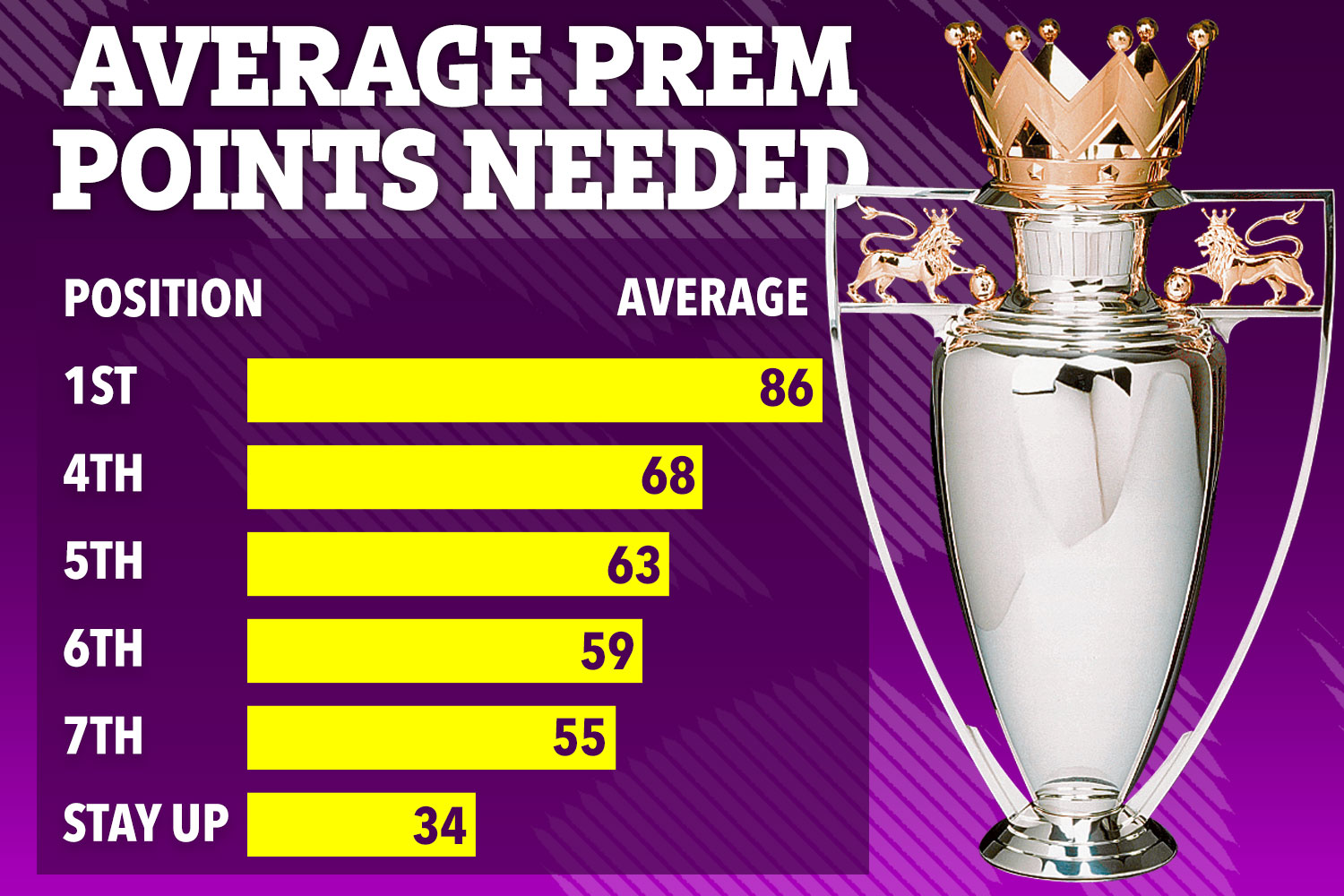 The Gunners have enjoyed a stunning first half of the season, dropping just seven points from 18 matches.

They sit top of the table with 15 wins, two draws and just one defeat.

And ahead of facing Manchester United at the Emirates on Sunday, Mikel Arteta knows his side are well on course for a successful season.

In fact, the Gunners' current record of 2.61 points per game would see the club finish on a whopping 99 points come the end of May. 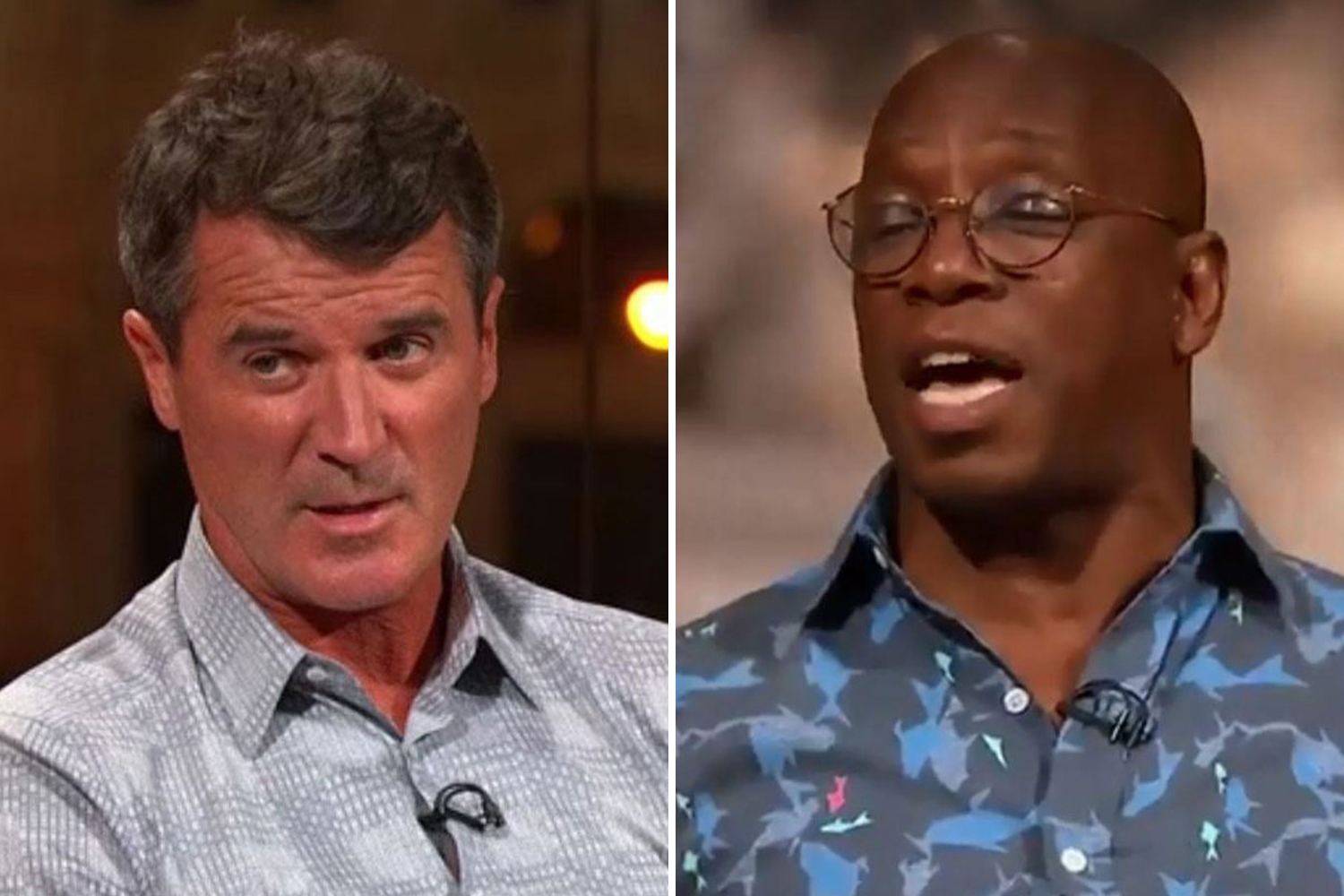 But SunSport has crunched the numbers and worked out what is usually required for each significant place in the Premier League.

We worked out how many points was enough to secure first, fourth, fifth, sixth, seventh and 17th – for the various European places and to avoid relegation – by taking the points tallies for the place below in each of the last season and adding one then averaging it out.

That averages out at requiring 86 to pip second place to top spot. 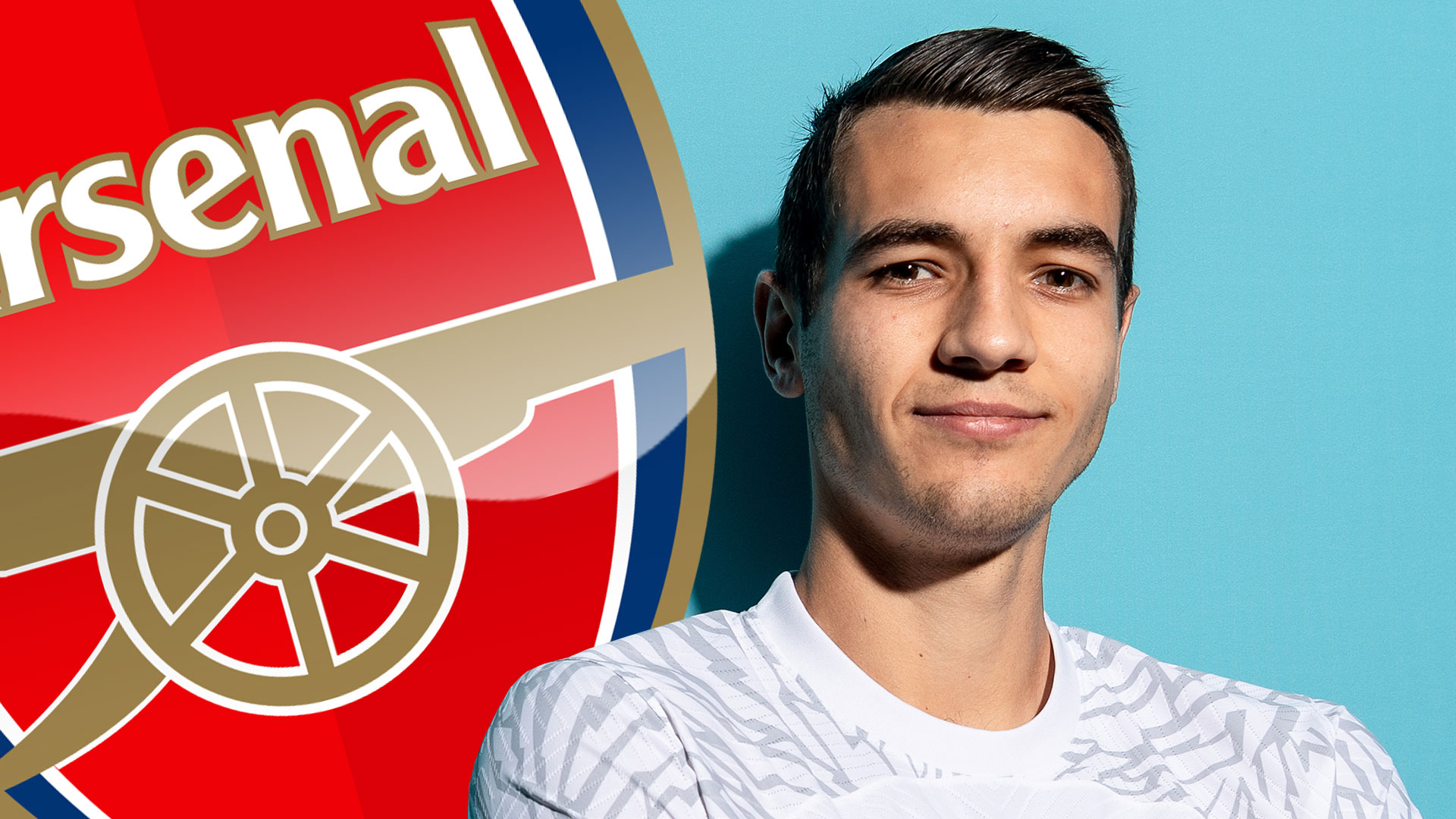 For fourth and Champions League qualification, the average points for fifth is 67 points over the last five years so 68 would guarantee a top-four finish.

That is just 21 points more than Arsenal's current total, meaning seven wins and 68 points could be wrapped up by early March, securing a first Champions League campaign for the Gunners since 2016-17.

Lower down, 63 is statically on average enough for fifth and 59 for sixth to get into the Europa League.

And 55 points – just eight more than Arsenal have after 18 games – works out as the benchmark to seal the final European spot in the Conference League.

Arsenal, though, are already five points clear at the top of the table with a game in hand on the chasing pack.

At the other end of the table, 34 points tends to be enough to avoid relegation.

A whopping seven teams are still on 17 points or fewer this season – of those, only Leeds are yet to reach the midway mark of 19 games – so will be desperately hoping they can find some form in the second half of the season to ensure survival. 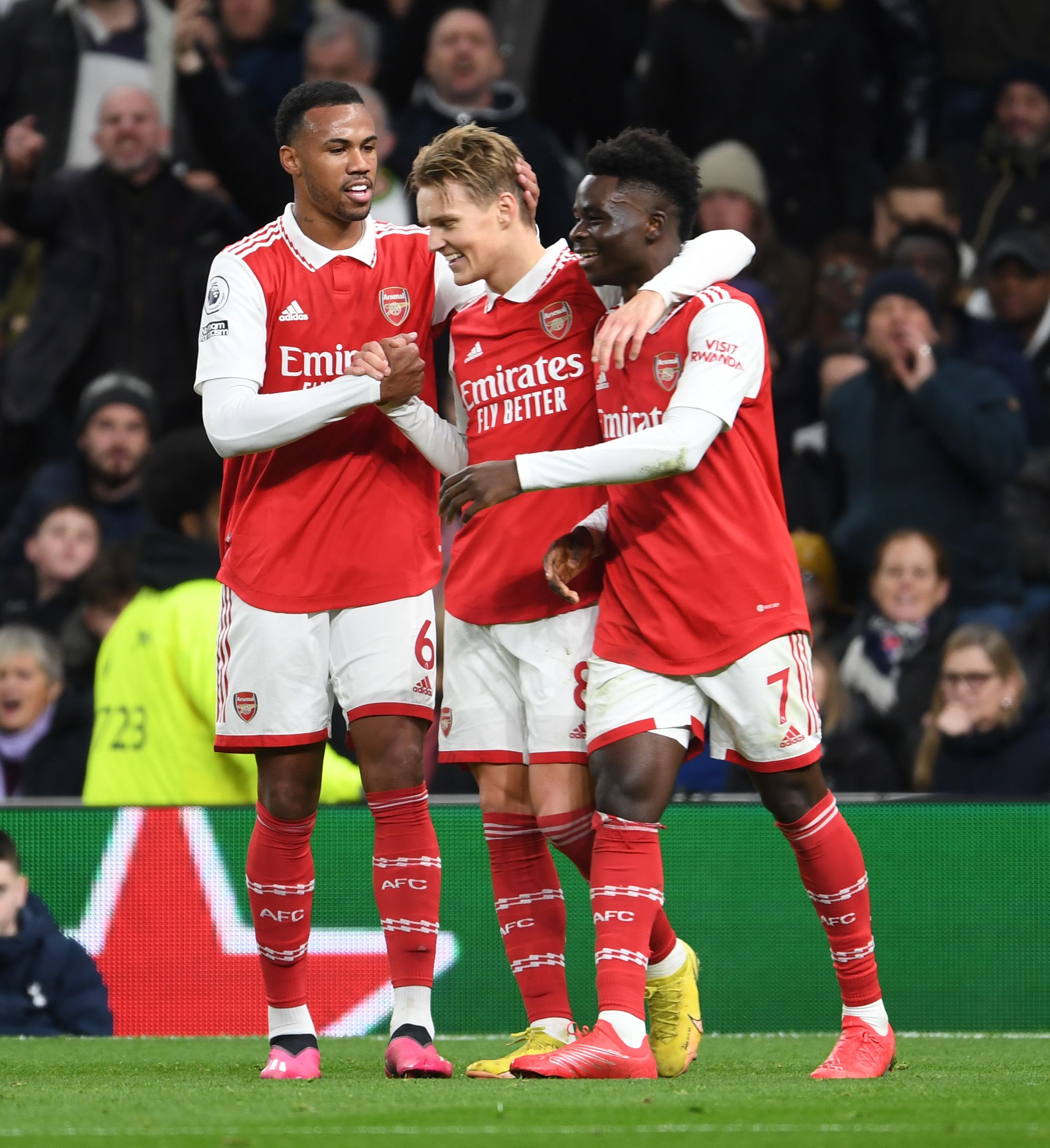 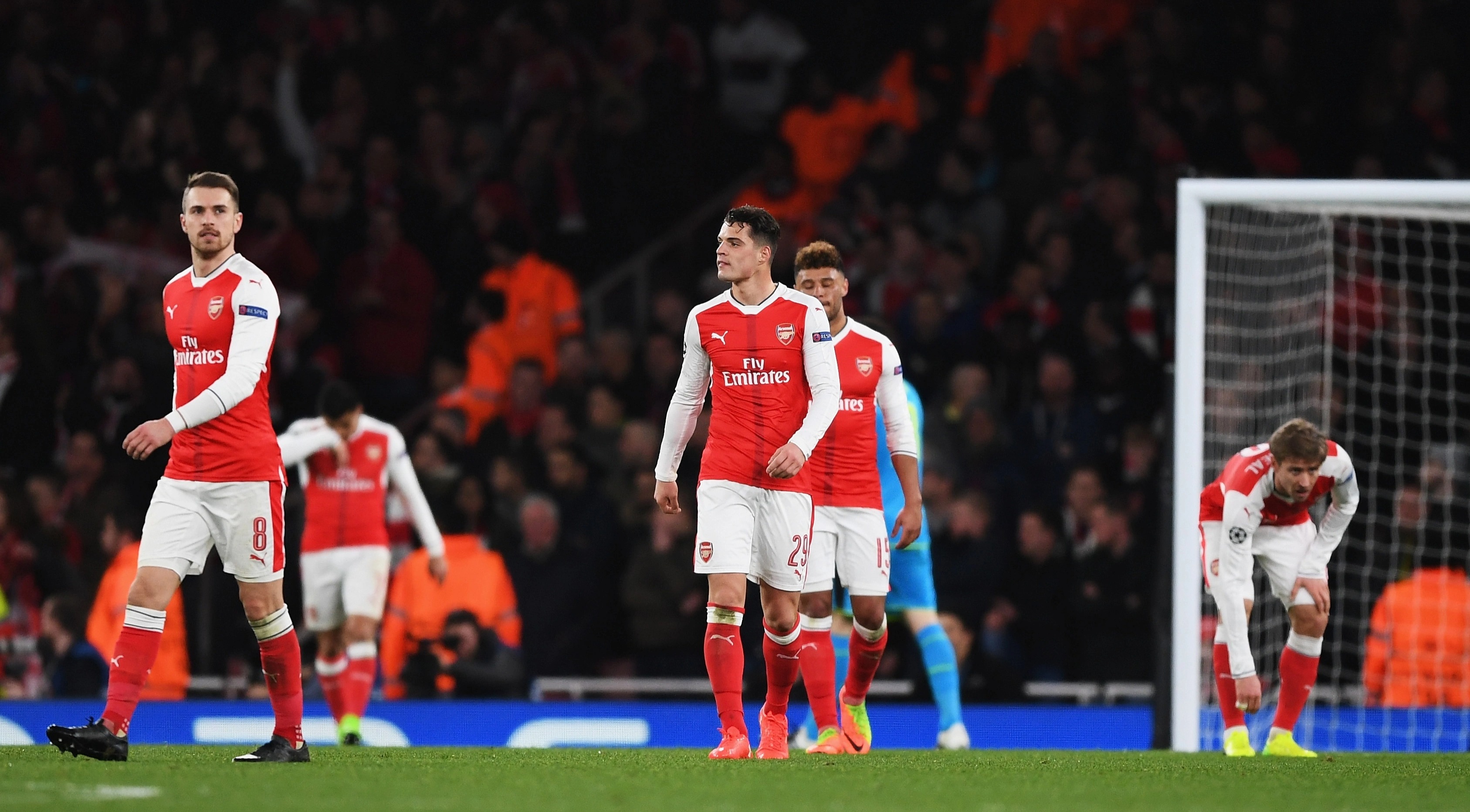