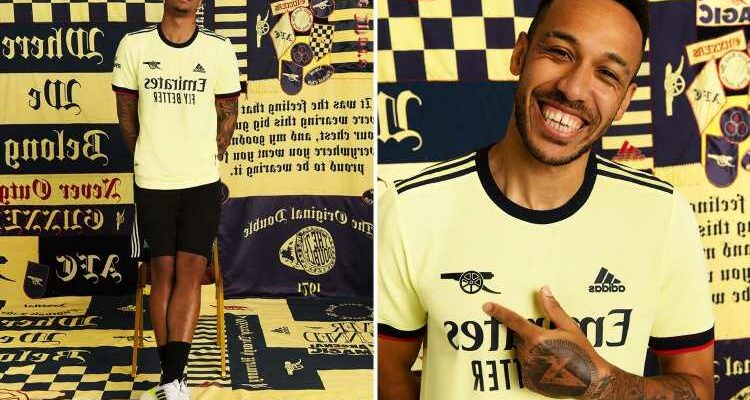 ARSENAL have revealed their stunning new away kit for next season.

The stylish yellow-and-blue jersey, made by Adidas, is inspired by the Gunners’ triumph in the 1971 FA Cup. 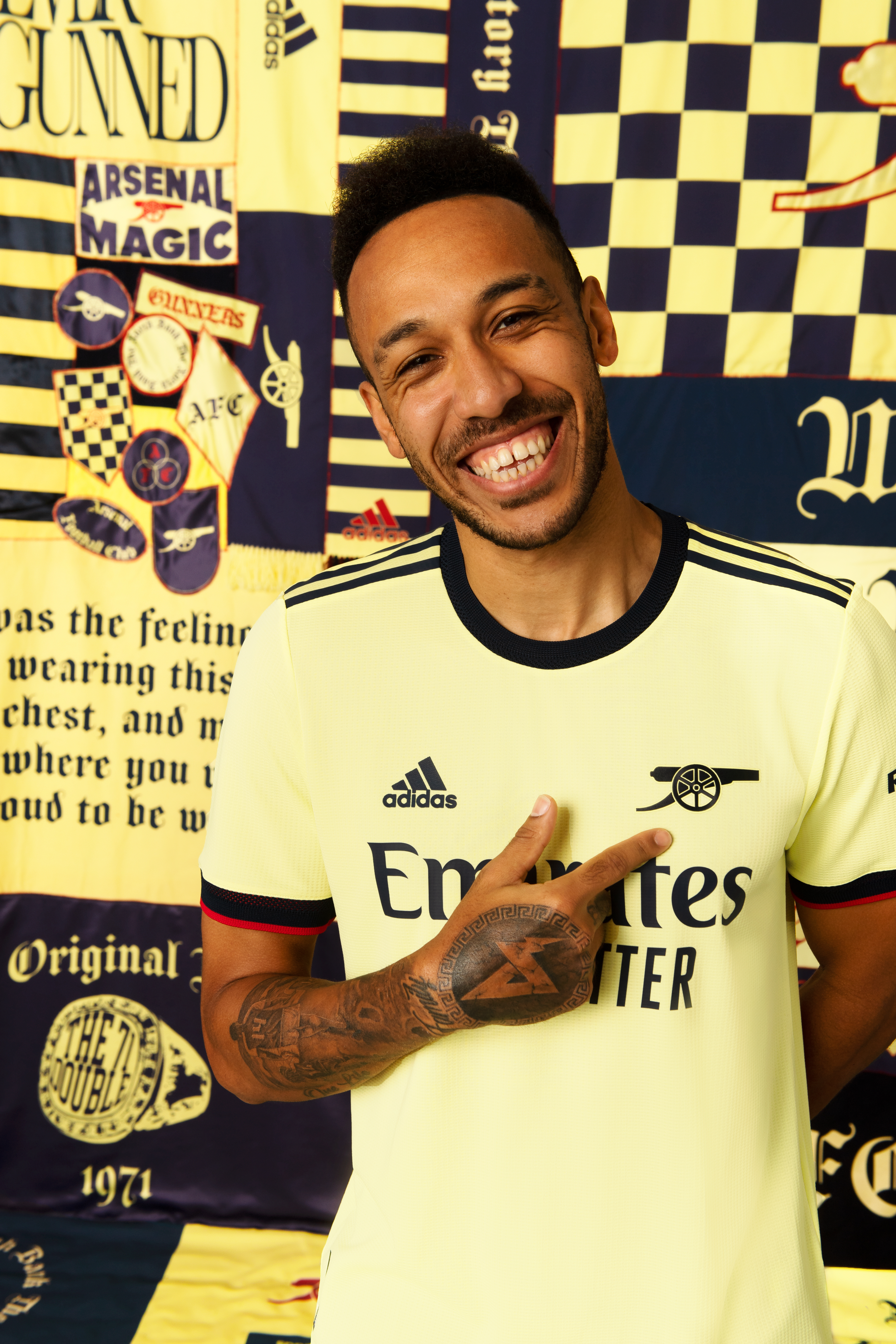 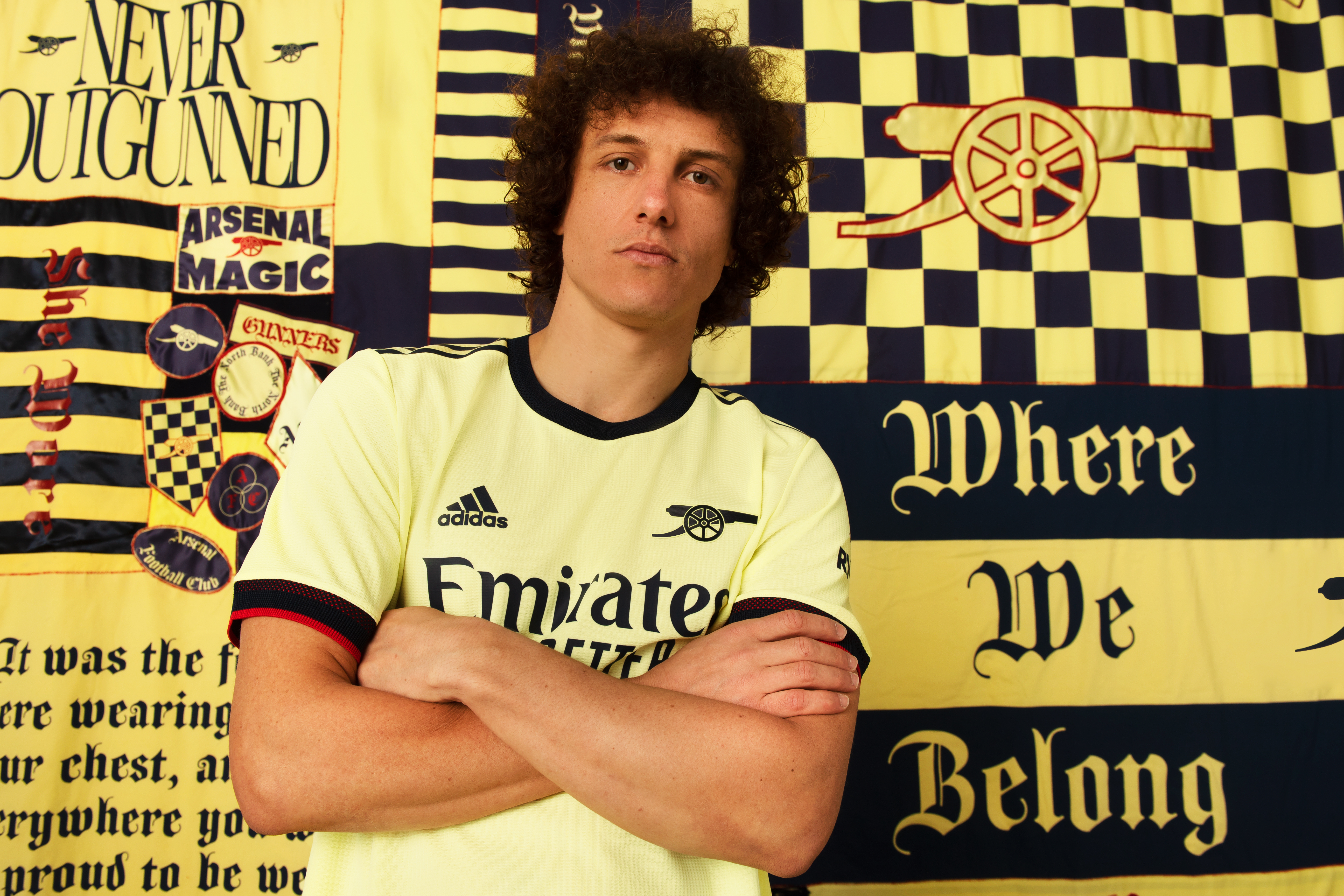 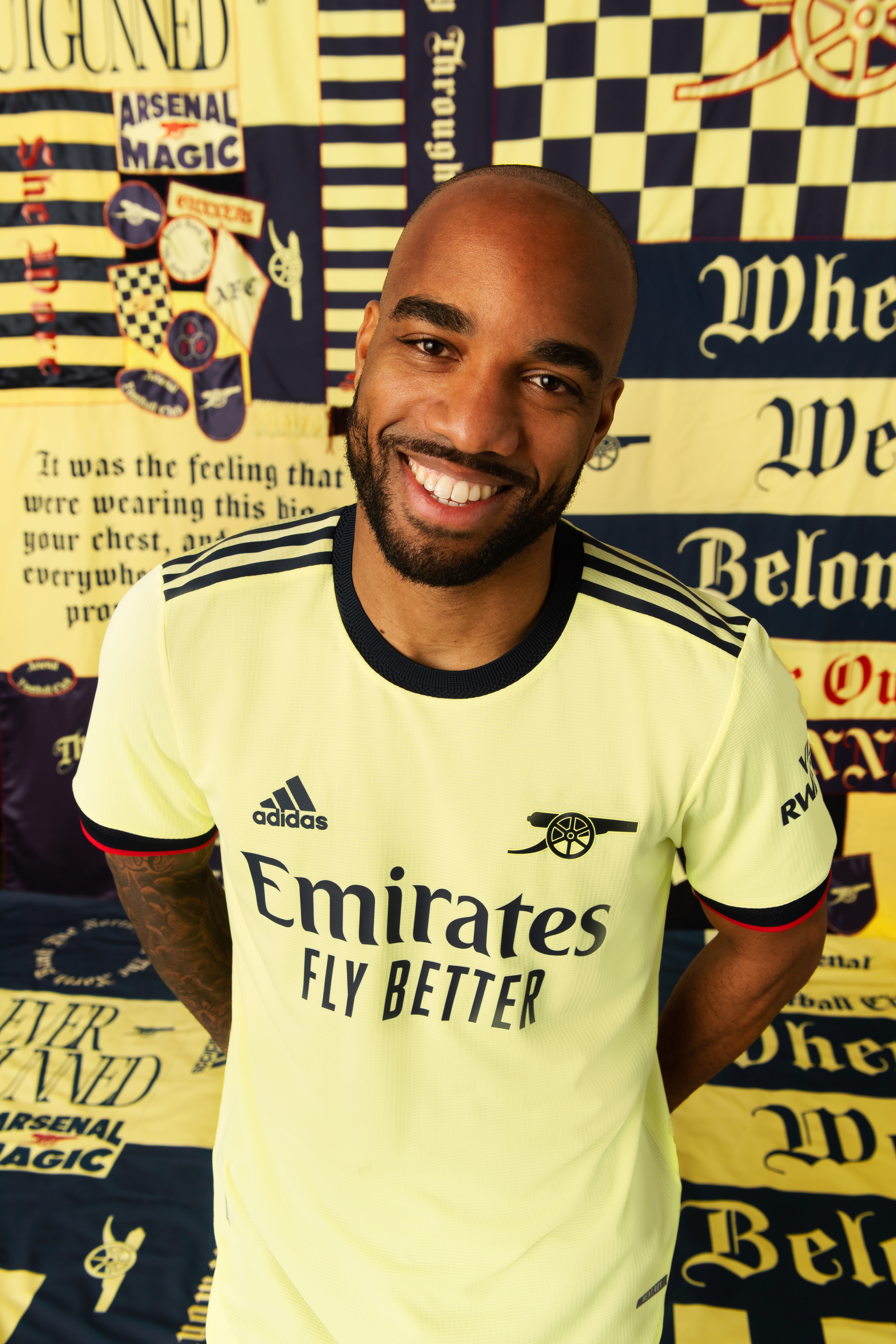 And it also features a new club crest featuring just the iconic cannon – the first change in 31 years.

The shirt will remind older fans of Arsenal’s incredible Double in 1971, when they won both the league title and FA Cup.

As for the cannon, the last time it was used by Arsenal was on their away kit between 1988 and 1990.

And it will be the first time it is used as the club’s badge in the Premier League era.

As well as the snazzy colours, technically called ‘Pearl Citrine’ and ‘Collegiate Navy blue’, there will be a logo on the back of the neck.

It reads ‘Arsenal for Everyone’ to celebrate the diversity of the Gunners family, says Adidas.

Indeed, it is the slogan for the club’s diversity and inclusion campaign which launched in 2008, helping fans have an ‘equal sense of belonging’.

As usual, the ‘authentic’ jerseys will feature special technology to help the body keep cool and comfortable. 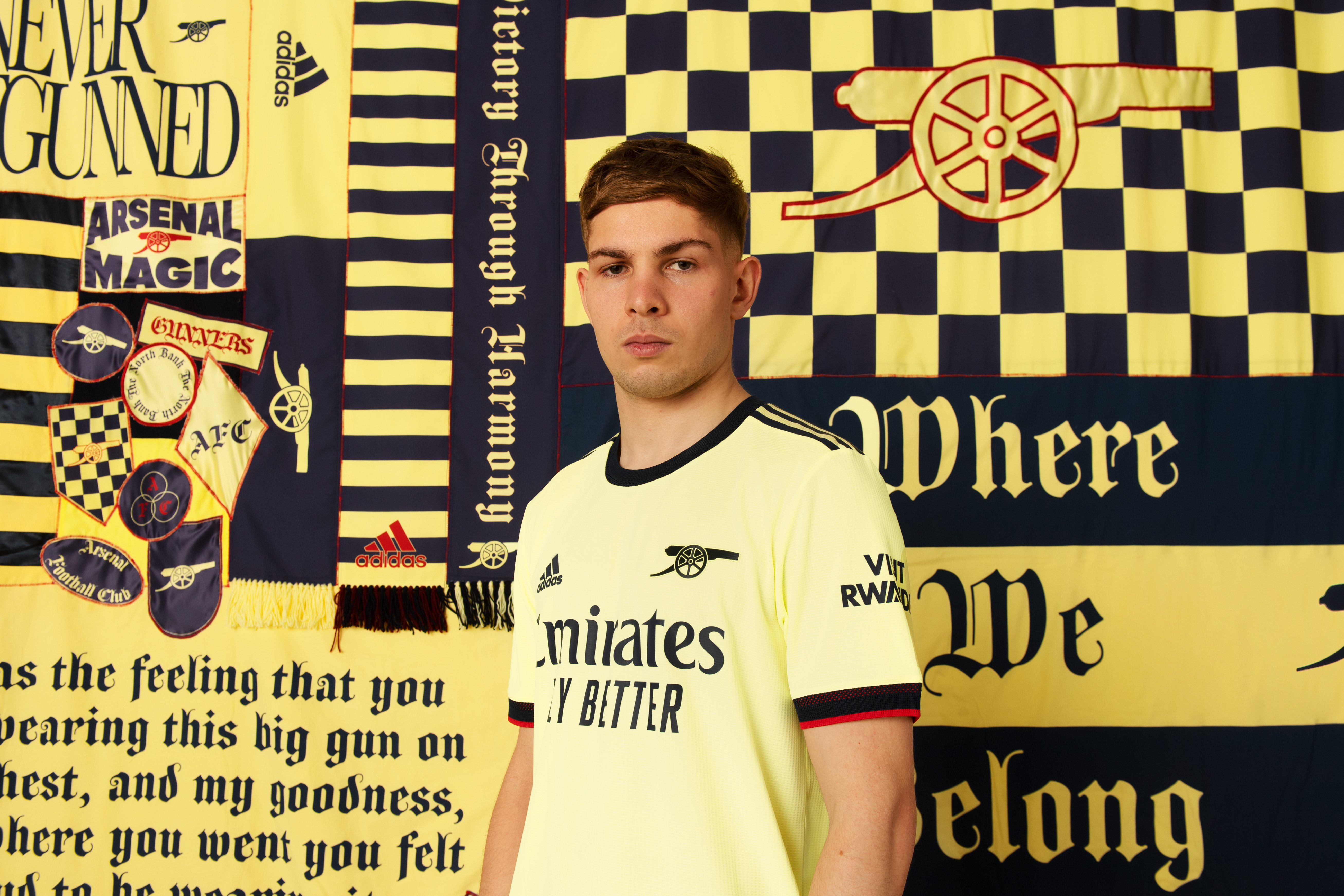 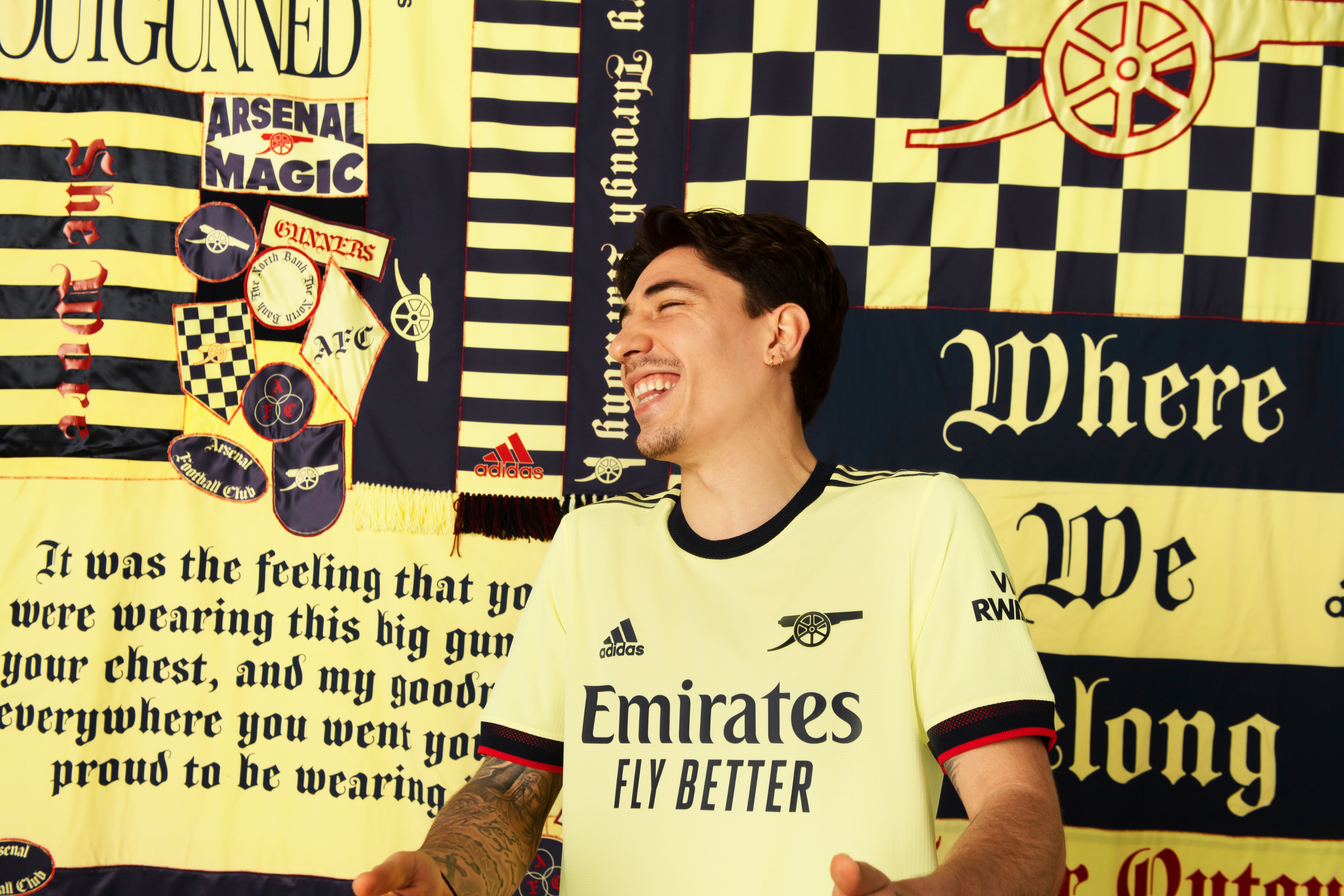 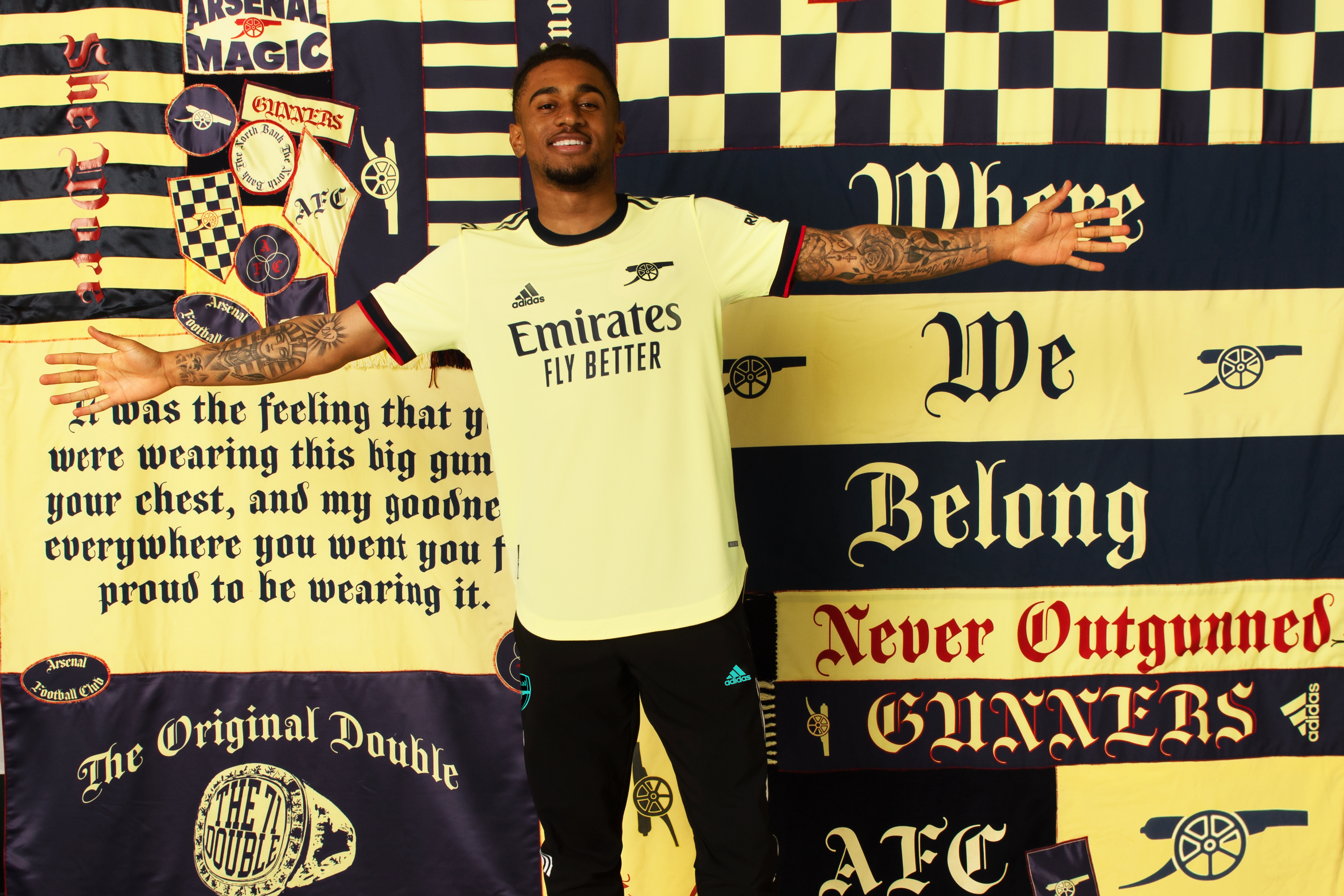 The away kit will go on sale with select retailers on May 21.

But they are available to purchase straight away from Adidas.

Meanwhile, fans are sure to eagerly await the release of the new home shirt, as well as the third kit. 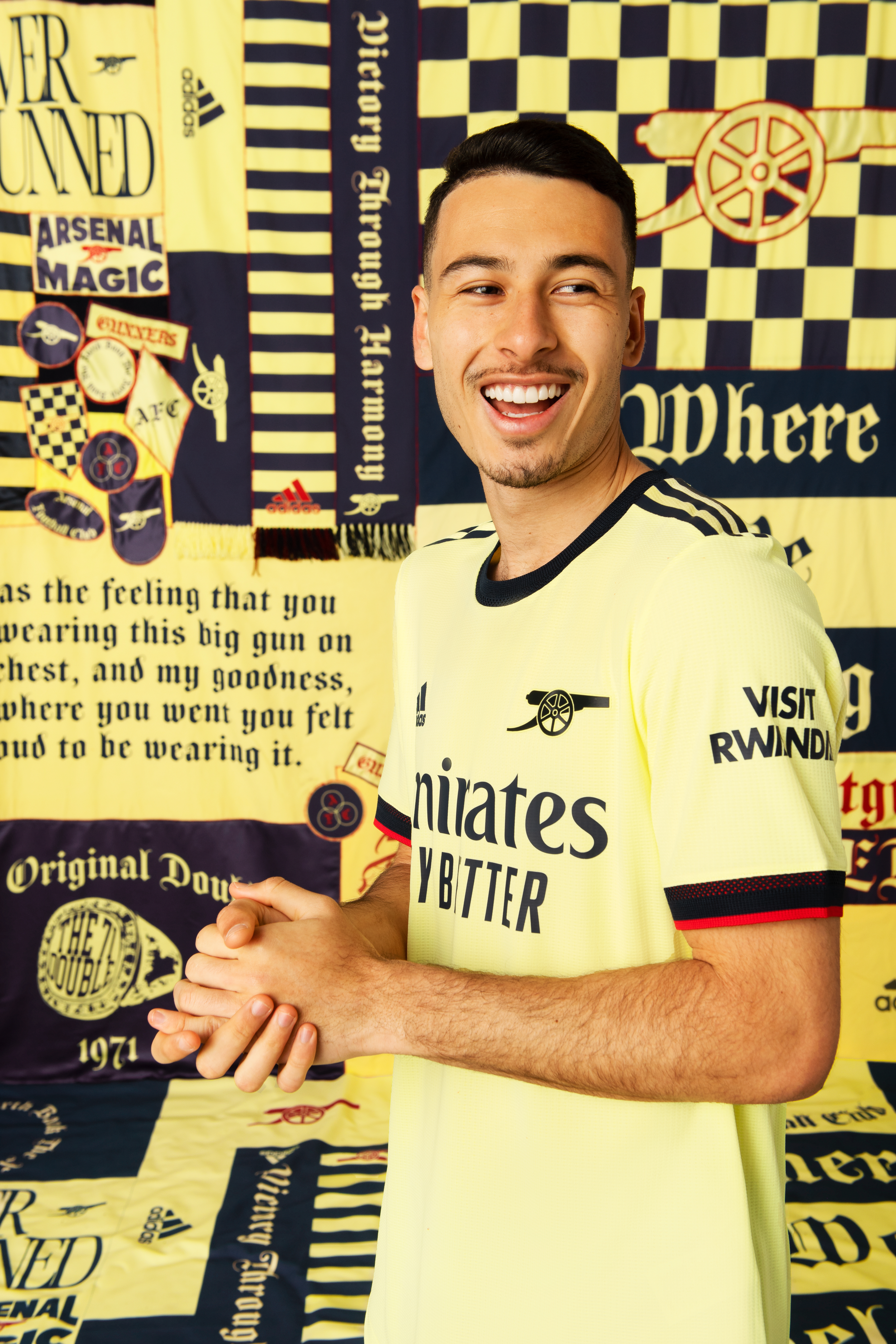 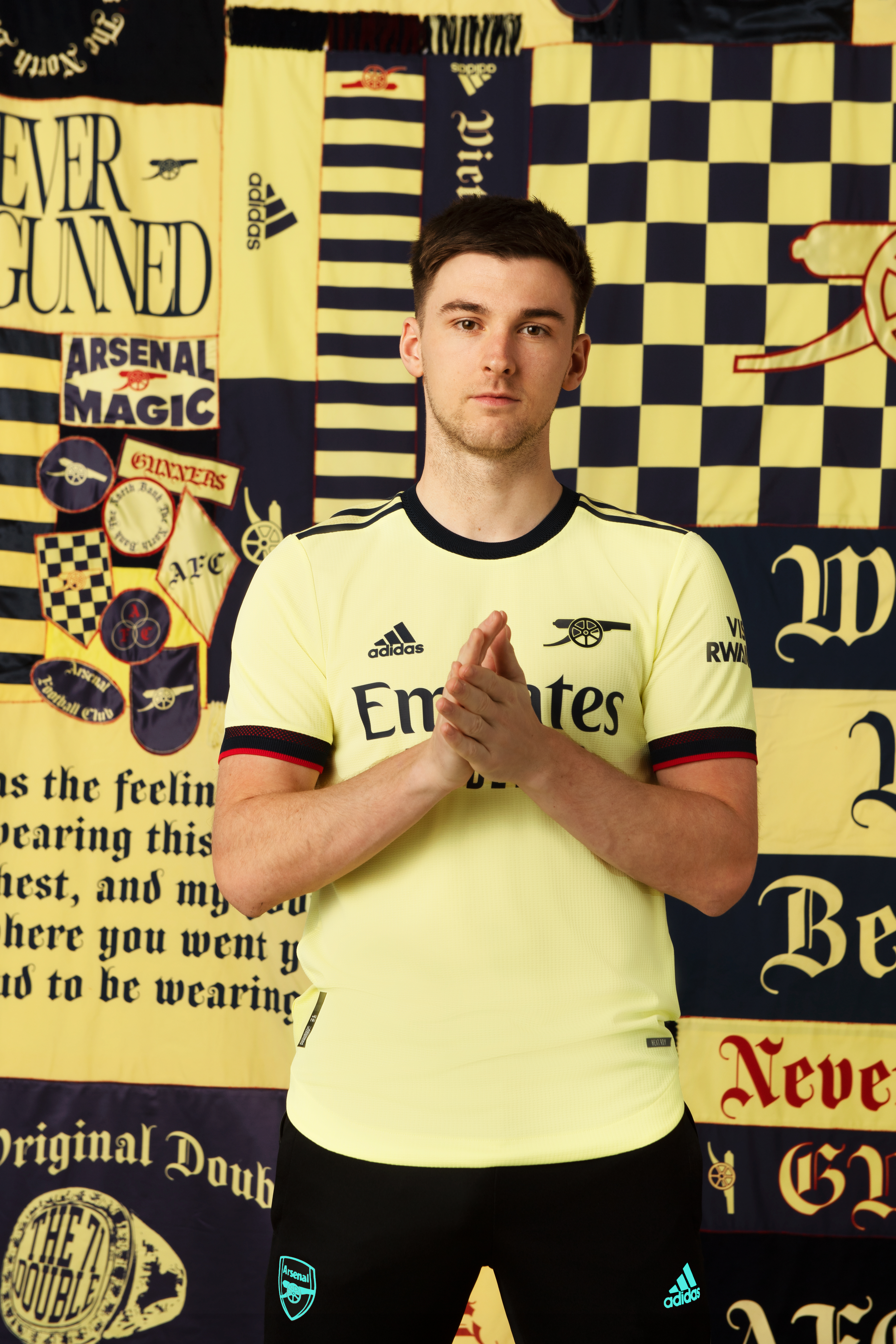 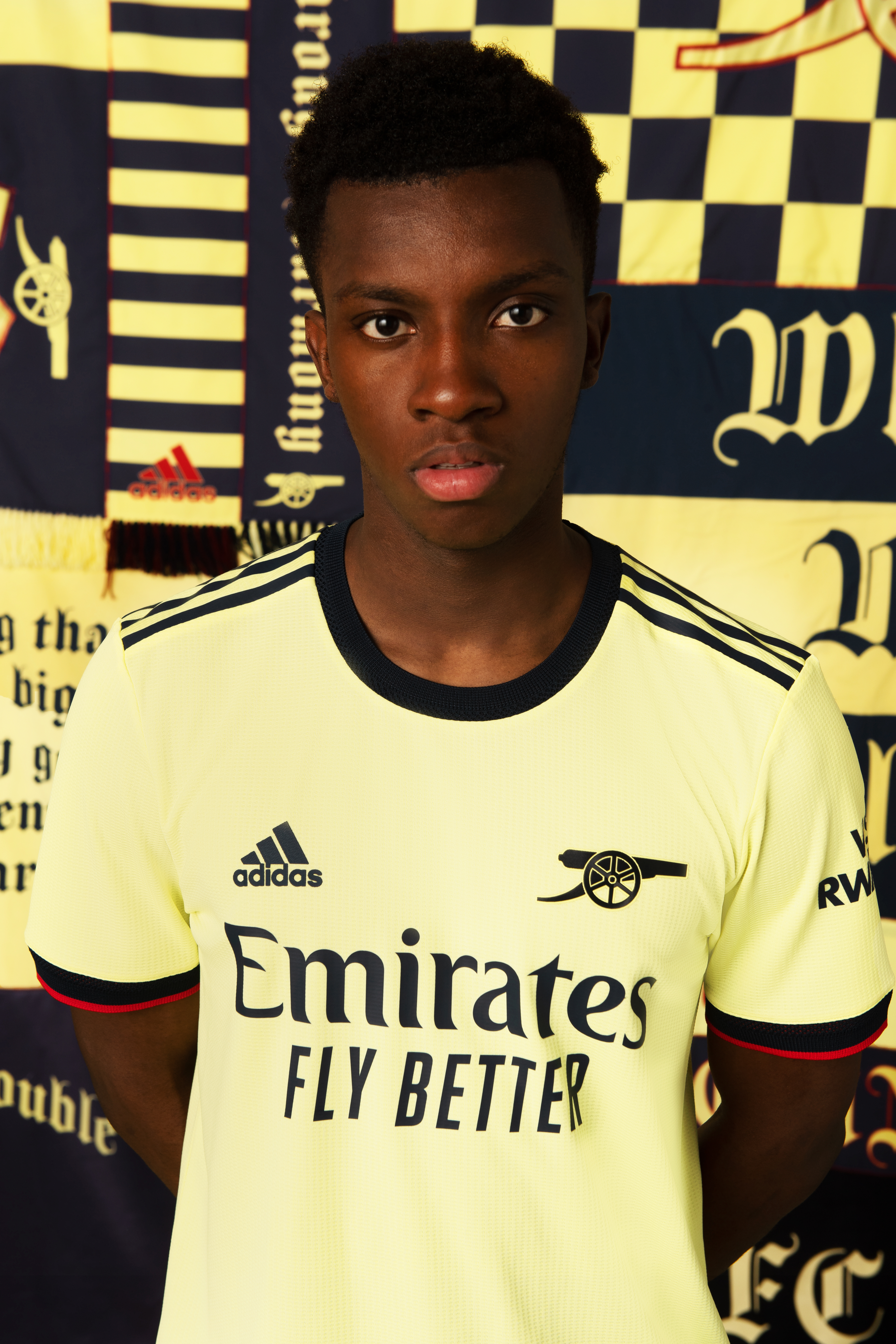