ARSENAL and Tottenham have both joined the race to sign Leeds star Raphinha, according to reports.

The 25-year-old Brazilian has been heavily linked with a move to Barcelona this summer. 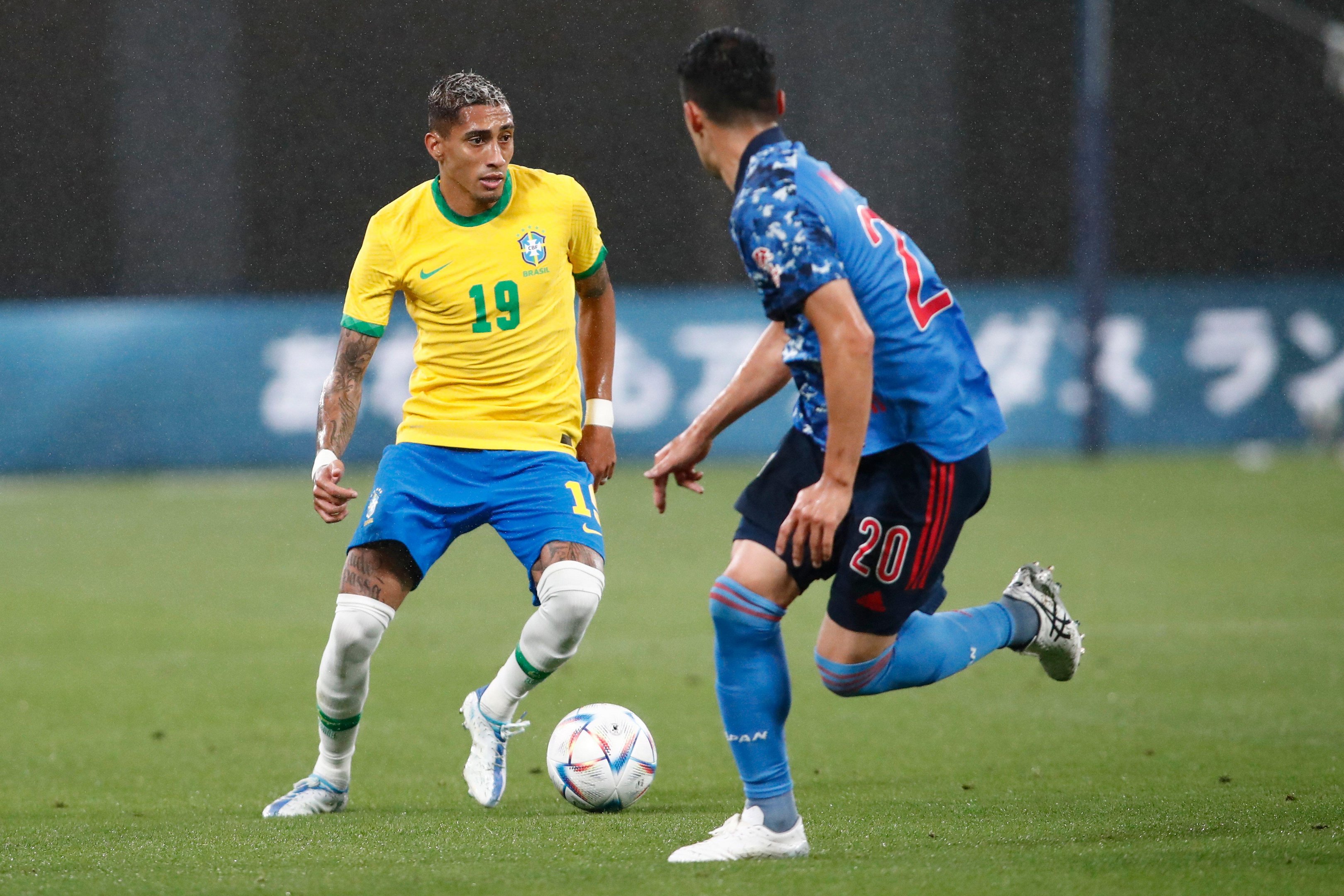 But according to The Athletic, there are now concerns the Catalan giants may not be able to fund a deal for the tricky forward.

Barcelona have debts totalling more than £1billion and are operating under tight financial constraints.

That could open the door for Arsenal and Tottenham to steal Raphinha from under the nose of Xavi.

Raphinha has scored 17 goals and provided 12 assists in 67 appearances for the Premier League outfit.

Leeds are no longer holding out hope that the player will sign a new deal and are willing to let him go if their valuation is met – a figure thought to be around £40million.

Arsenal are looking to bolster their squad in a bid to clinch a Champions League place – which they narrowly missed out on last season.

The Gunners have already acquired youngster ​​Marquinhos and keeper Matt Turner in this window.

Meanwhile, Spurs have improved their roster with the signings of Ivan Perisic and Fraser Forster.

BETTING SPECIAL – GET £40 IN FREE BETS FOR ASCOT

They are also poised to secure the transfers of Middlesbrough full-back Djed Spence and Brighton midfielder Yves Bissouma.

Antonio Conte's men are also being linked with the return of Christian Eriksen and Everton forward Richarlison.

However, if they are to sign Richarlison then they will not pursue Raphinha as they only wish to sign one of the Brazilian pair.