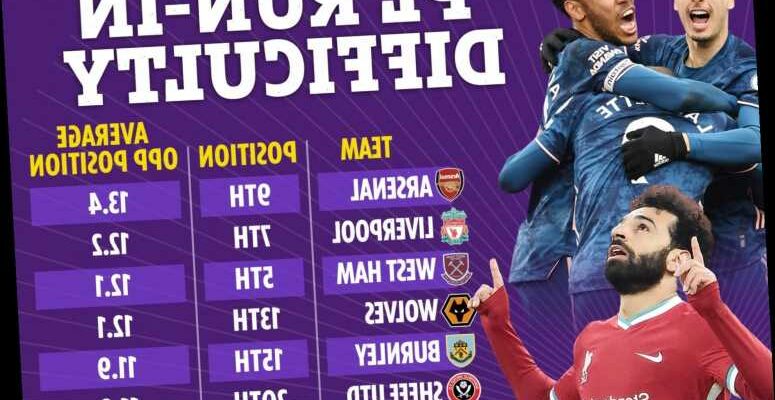 ARSENAL have been given a boost in their hunt for a European place for next season – after it was revealed they have the EASIEST run-in.

The Gunners currently sit way down in ninth amid a horror season, with Mikel Arteta faring worse than 'flop' predecessor Unai Emery statistically. 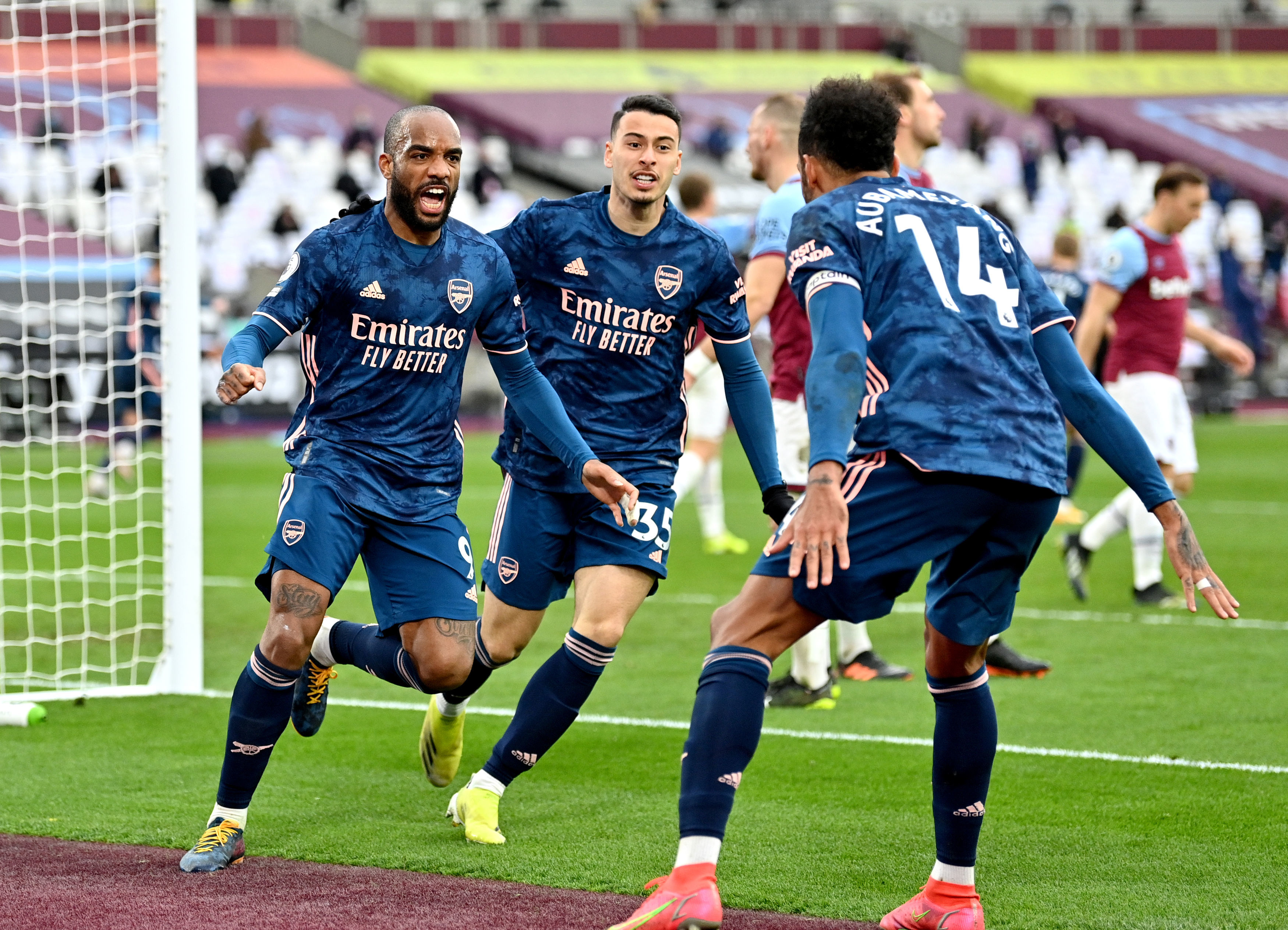 However, there is still hope for the North Londoners.

With nine games still to play, Arsenal will have high hopes of shooting up the table.

As things stand, the average position of the nine teams they will face is 13.4, well into the bottom half of the table.

That's comfortably the simplest-looking run-in on paper, with Liverpool – themselves struggling this season – next.

The Reds are down in seventh after already surrendering their Premier League crown having been struck down by a bizarre series of long-term injuries.

But with nine games to play, they will face teams in an average position of 12.2.

Brighton must be fearing for their Premier League survival though.

Already down in 16th place, the Seagulls have the toughest run-in on paper.

The south coast squad have nine games to play against teams sitting in an average of 8.1 in the table – 5.3 places above Arsenal.

West Brom have the second-toughest, already sitting in 19th, face teams sitting in an average position of 8.4 – the same as Aston Villa and Crystal Palace.

And 18th-placed Fulham will be confident of overtaking shockingly out-of-form Newcastle in 17th.

The Cottagers play teams in an average position of 10.5 compared to Newcastle's slightly tougher 9.3.