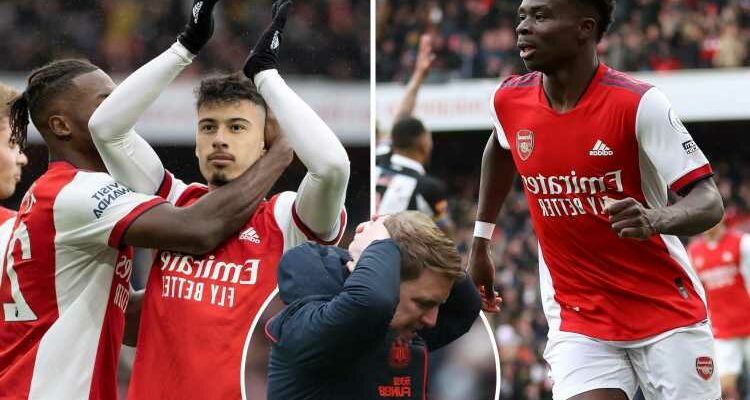 “You’re rich and you’re f***ing  shit” they sang as Eddie Howe’s first appearance on the touchline ended in the same old story for the Premier League’s most loaded club. 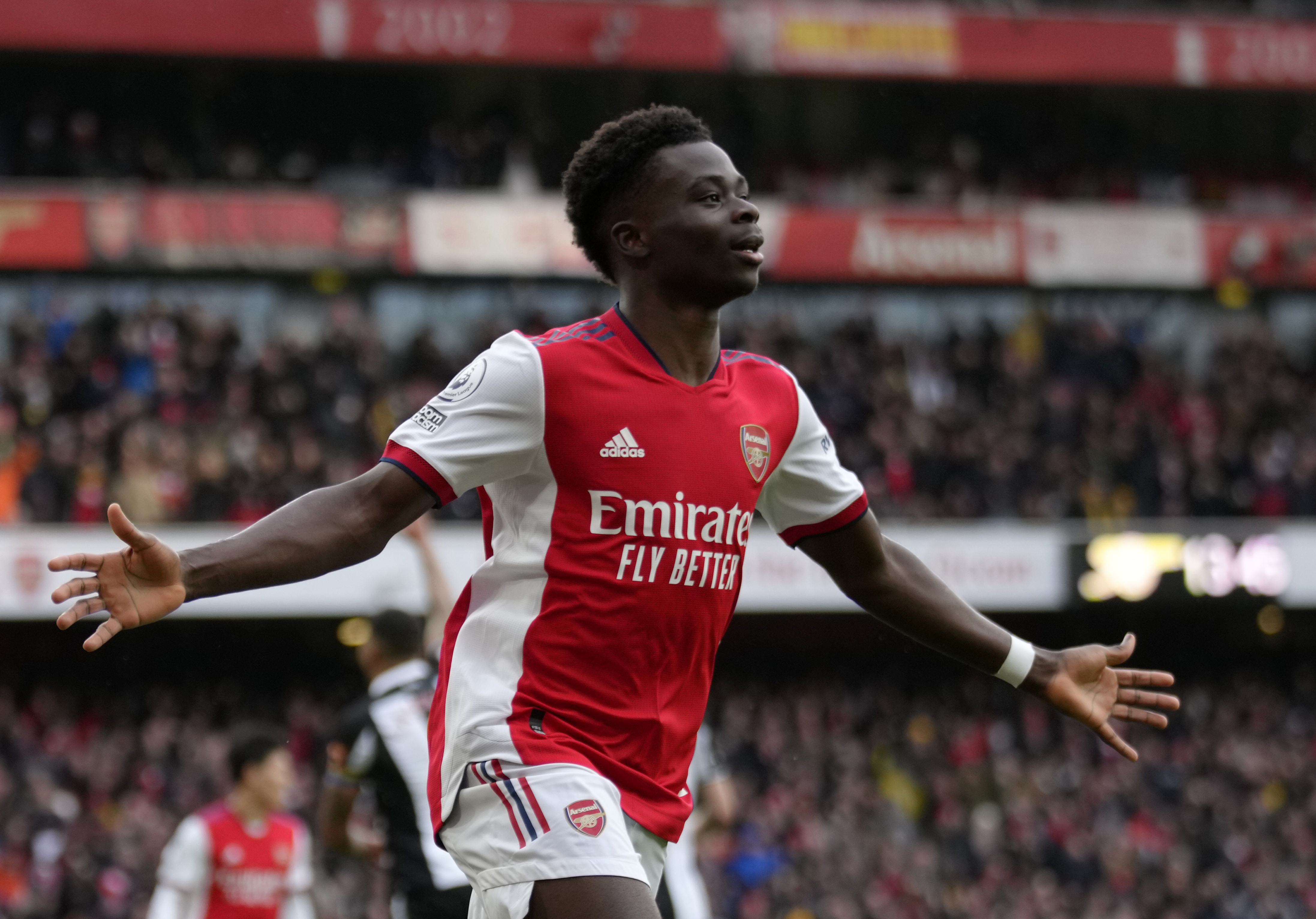 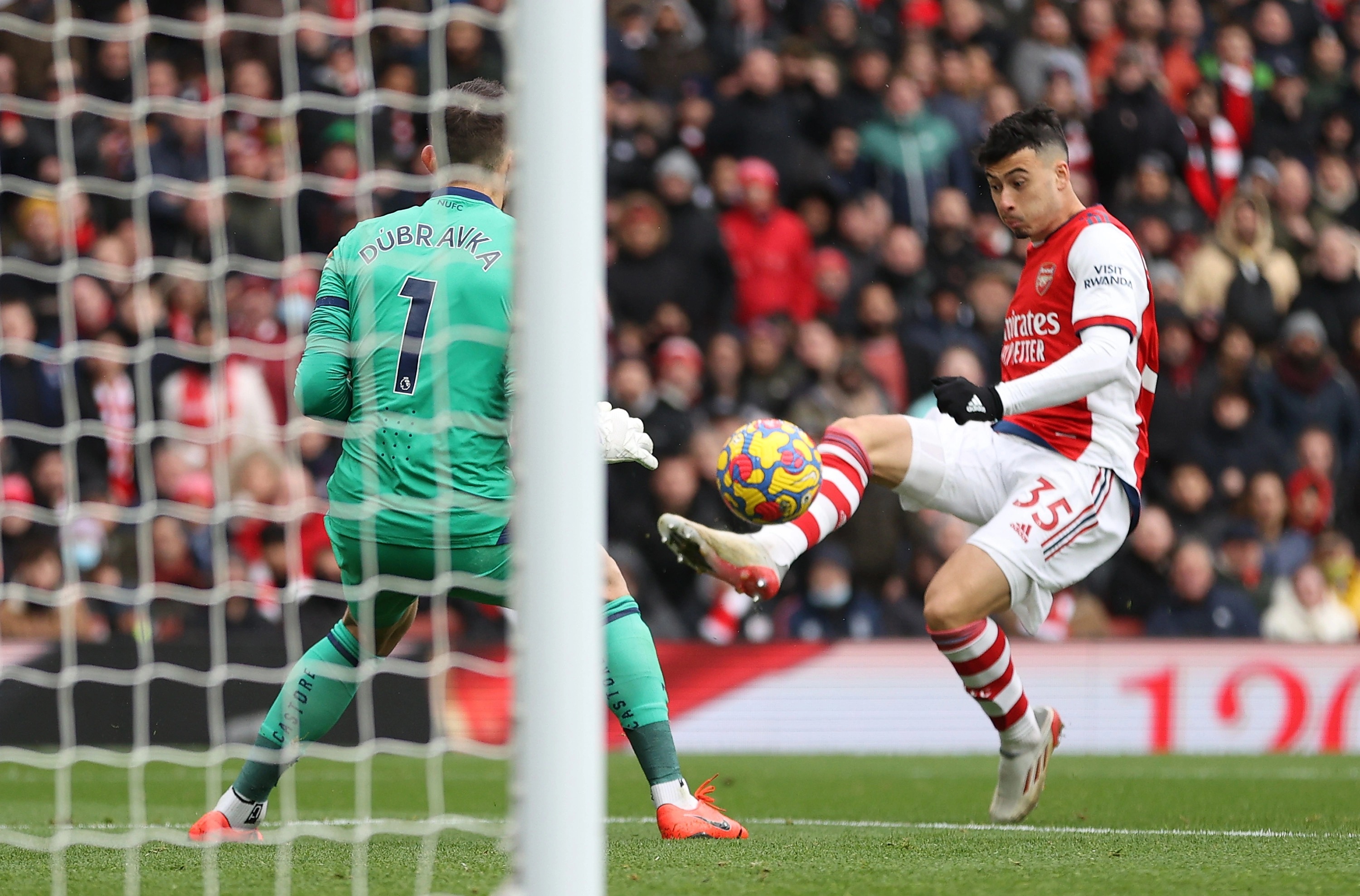 The Gunners shook off the disappointment of their thumping by Liverpool and deservedly claimed the three points that leave them behind fourth-placed West Ham only on goal difference.

Newcastle meanwhile are now 13 games into the season without a win.

The current record for wretched starts belongs to QPR, who went 16 matches without a victory in 2012/13.

If Howe doesn’t engineer a three-pointer from their next three outings – at home to fellow strugglers Norwich and Burnley, then away to Leicester – then all the money in the world might not be enough to save them from relegation.

If they are to avoid that humiliation, their new manager needs to find a way to use their attacking potential better.

Stopping your opponents playing is all very well, but draws and the odd win on the break are not going to be enough.

And once Arsenal broke the deadlock, there was only ever going to be one winner.

Newcastle frustrated the Gunners in the opening stages, with their narrow four-man midfield allowing the hosts little time or space to play their football.

After a half chance for Saka, Martin Odegaard forced returning Newcastle goalkeeper Martin Dubravka into a half-decent save from a free-kick.

But after posing next to no threat, the visitors went closer. Aaron Ramsdale had to produce the latest in a line of excellent stops to push a long-range effort from Jonjo Shelvey onto the crossbar.

Arsenal then blew two great chances to take the lead just before halftime. Emile Smith Rowe should have done better with his initial header from a Nuno Tavares cross but Dubravka’s save fell to Aubameyang four yards out.

Somehow the Arsenal captain contrived to hit the post rather than the net.

The Gunners started the second period on the front foot and soon had their reward. 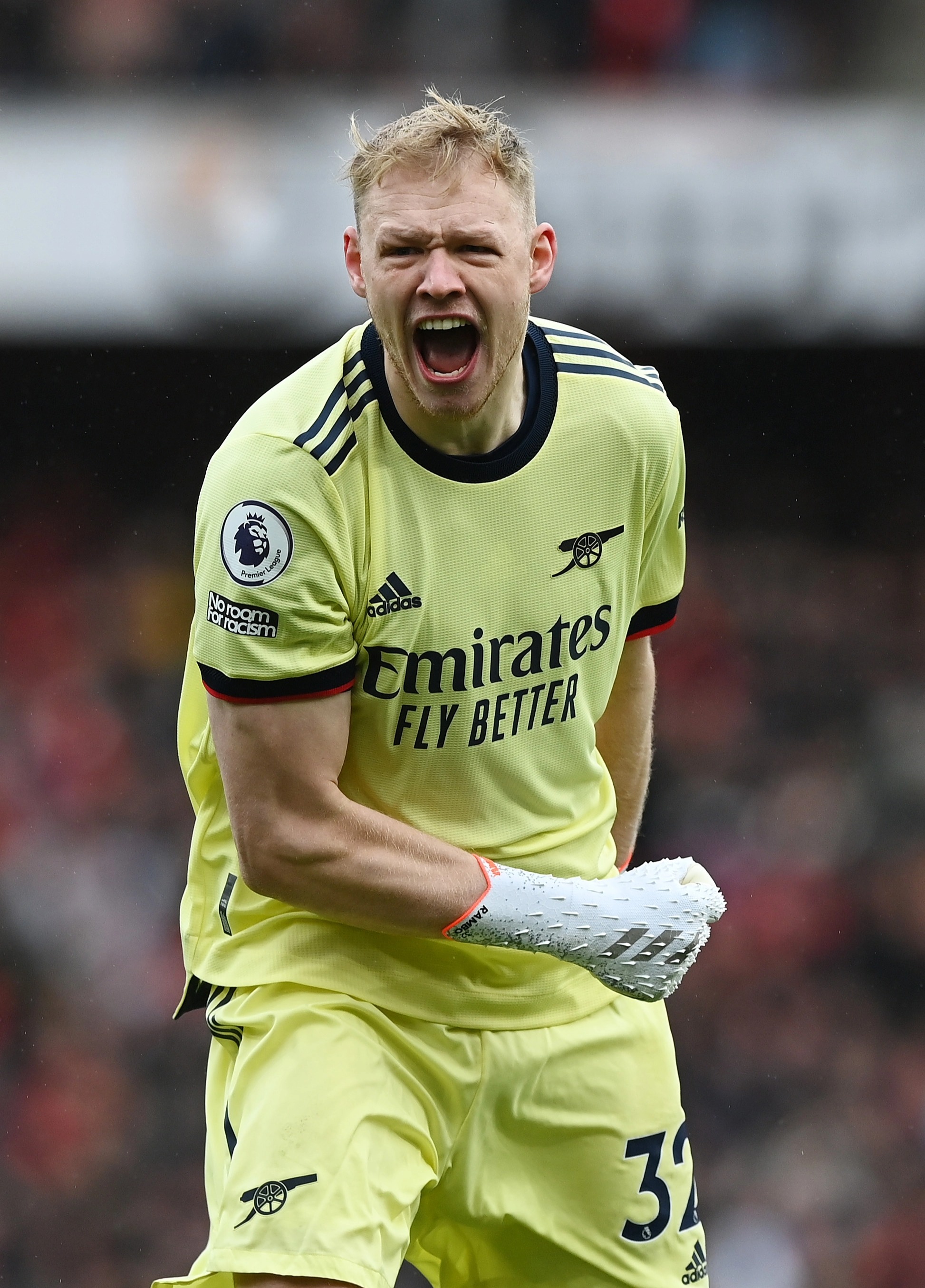 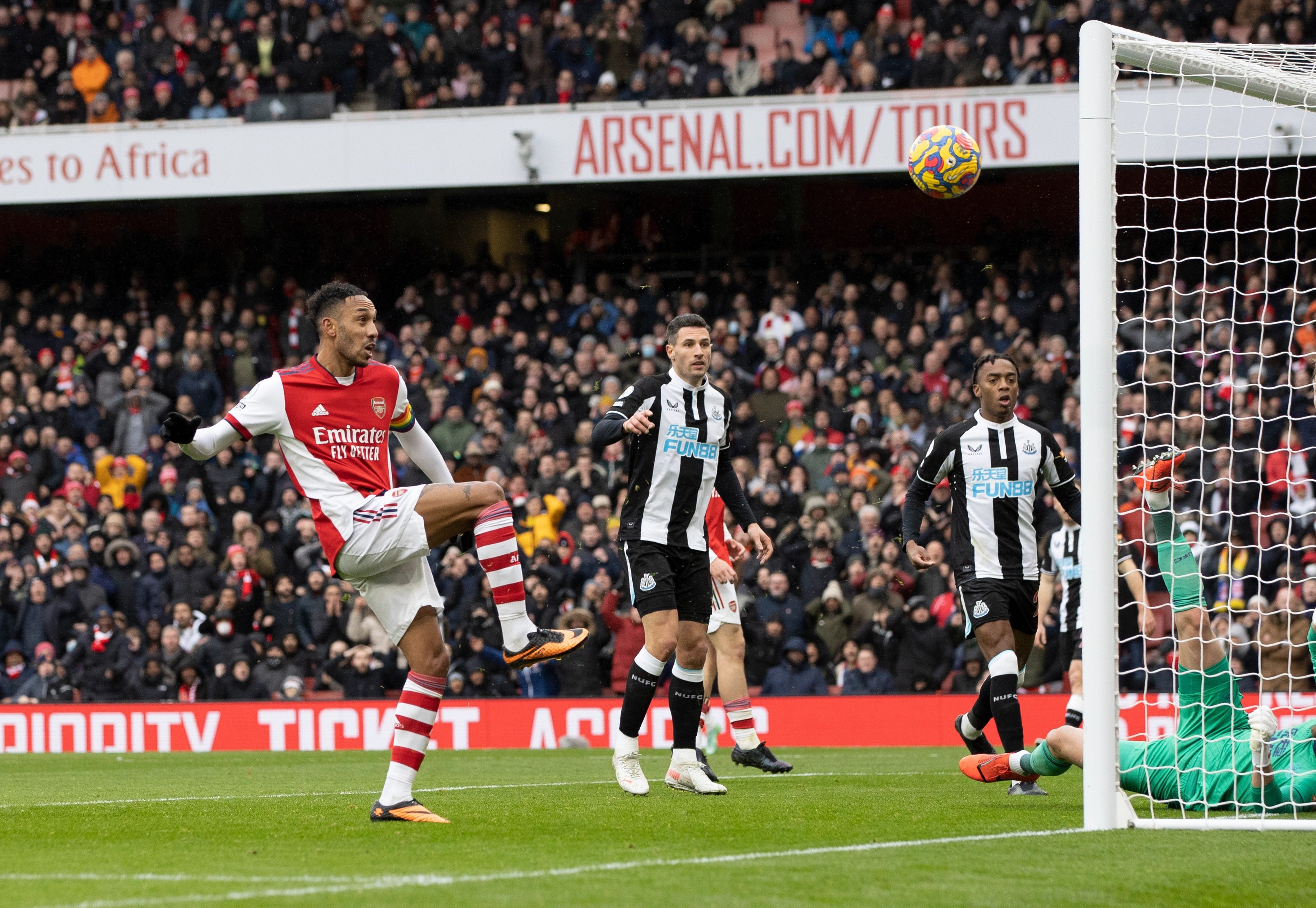 A 16-pass move ended with Tavares playing a cute reverse pass into the path of Saka, whose finish was as precise as it needed to be.

The match was all but decided midway through the half.

Referee Stuart Attwell refused to give Newcastle a penalty for Tavares’ challenge on Callum Wilson – and rightly so, judging by the replays.

As the Newcastle ‘keeper hesitated, Martinelli ran on and sent a lovely volley into the net with what was probably his first touch since replacing Saka.

Newcastle could not find a way back into the game from there, although Saint-Maximin at least forced Ramsdale into a late save.

But Howe must find answers quickly, or he’ll not be back in Premier League technical areas for long. 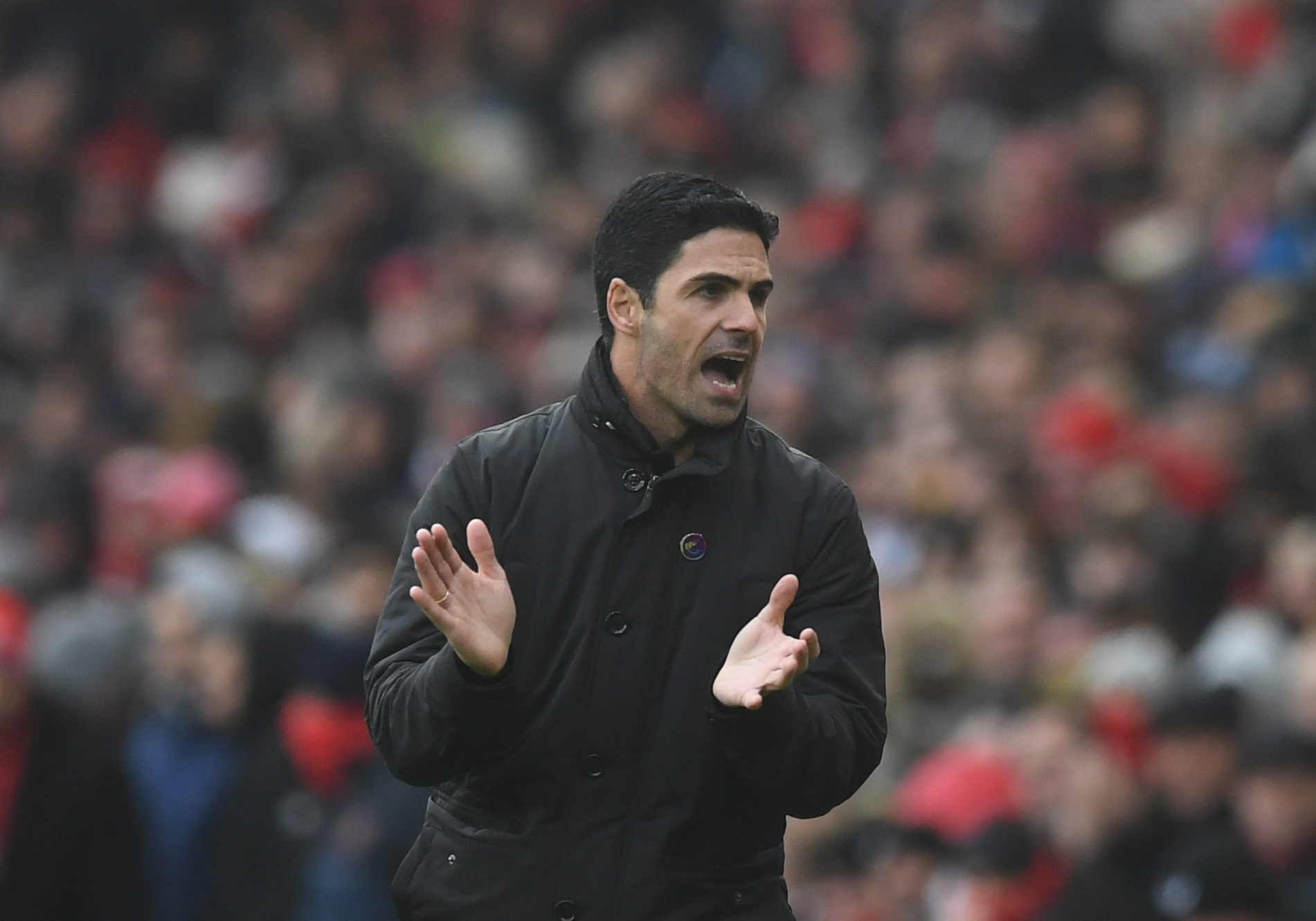 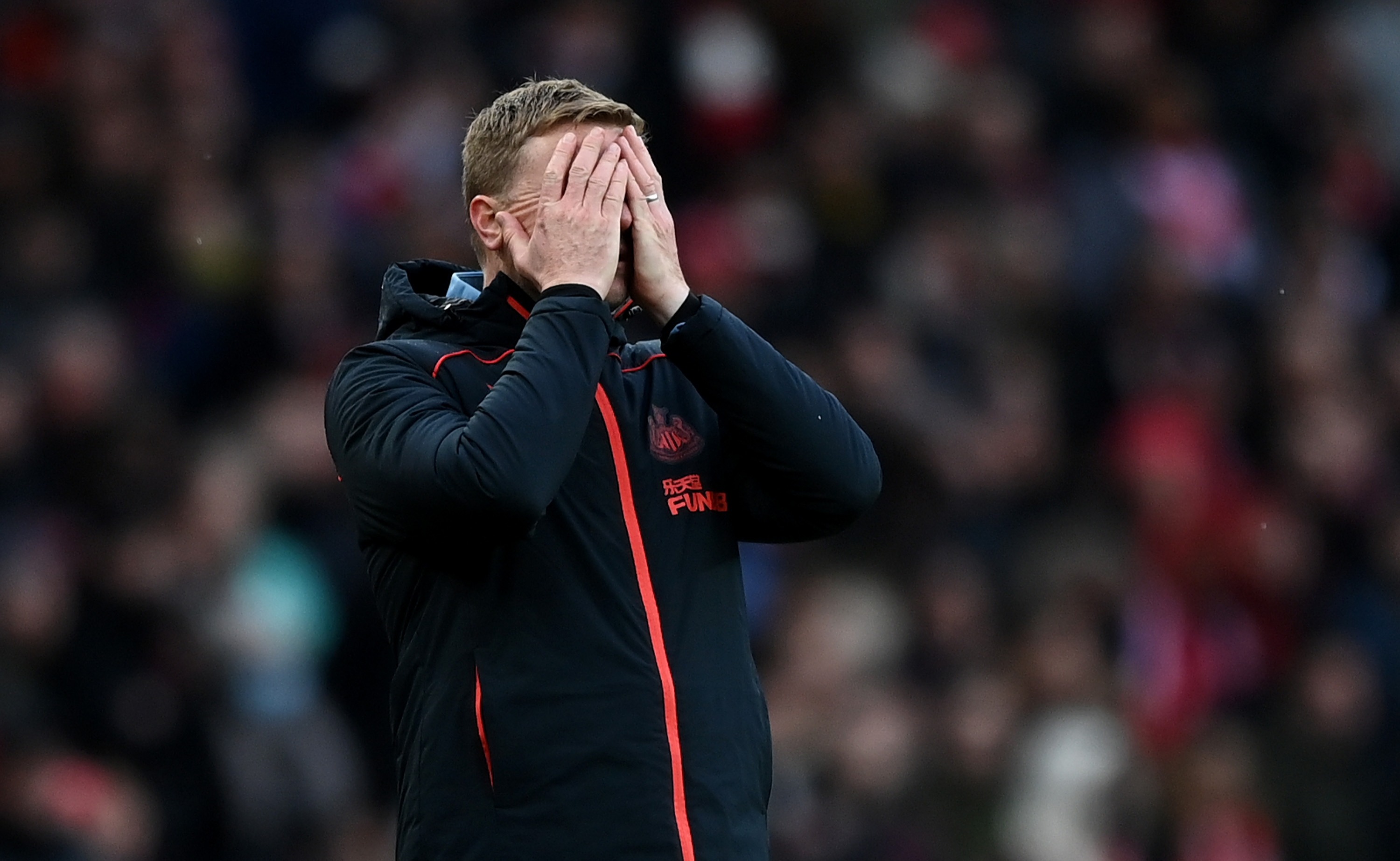