When Chris Knights talks about playing suburban footy as a young child, his eyes light up and hands become more animated. The emotions that come with kicking around a football with your mates – excitement, elation and exhaustion – is still raw for the 32-year-old. But it’s also a chapter he closed long ago.

Like most Australian kids in the 90s, Knights’ dream was to become a Test cricketer or an AFL player. He got to live out the latter. Impressing with his performances at the Eastern Ranges in the TAC Cup, Knights was drafted in 2005 to the Adelaide Crows, aged 18. 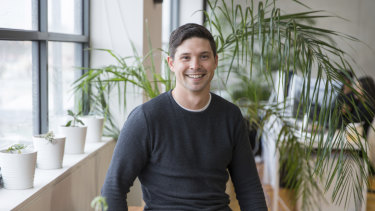 “When I got a little bit older, maybe 15 or 16, I began to think that becoming an AFL player was a possibility,” he says. “And then I got picked up for the TAC Cup … and I just had this extreme amount of fire in my belly – that resolve was the first time I experienced that emotion in my life.”

Knights spent eight seasons at the Crows and then another three with Richmond before he retired in 2015 after an injury-riddled two seasons.

While most men his age were climbing the ladder in their careers, Knights was ending his. At 29, he’d already invested two decades to footy and sacrificed his body in the pursuit of his AFL dream.

He knew his body had given up. It was an uncomfortable and confronting truth for a man who’d worked so hard to get drafted and worked even harder to stay relevant.

In football it’s a bizarre circumstance where you will not be able to do that job anymore because your body just won’t allow you to do it.

But Knights knew he needed to be realistic about the length of a football career. He had been mentally and logistically preparing for his post-AFL career, and founded Zib Media, a digital marketing agency, while he was still listed.

If he hadn’t, who knows how Knights would have handled “retirement” – a period that can be traumatic, isolating and exhausting for professional athletes?

“On the one hand you want to develop yourself outside of the game, you want to make sure that you are relevant beyond your career, but you also want to be quite present, in the moment and enjoy what you’re doing at the time,” he says.

“ Everyone knows [retirement is] going to happen – it just depends on whether you draw your attention to it and recognise what you’re going to do about it.”

With the home-and-away season ending, retirement announcements by AFL players have happened almost daily in the past few weeks. The Crows’ Andy Otten captured it perfectly when he called time on his 12-year career: “As to what is next, I’m honestly not sure.”

That’s the reality for many professional AFL, NRL and soccer players. Twenty-two AFL players have called it quits this year, and the question remains over whether clubs, leagues and players’ associations are doing enough to support them.

He wasn’t understating its gravity.

New research soon to be published in the Journal of Sport Management, and led by Knights’ sister Sophie Knights, has found professional sporting codes aren’t supporting and preparing their athletes for life after sport.

Ms Knights interviewed 46 former AFL, NRL and professional soccer players, with the majority indicating they had lacked support from their clubs and governing bodies during their transition from sport and in retirement.

“While there are support programs in place, it remains unclear whose responsibility it is to manage and support athletes at different stages in their career transition and retirement; thus further exploration of this phenomenon is critical,” the research states.

The leagues can no longer afford to take incremental steps in supporting their retiring players, Ms Knights told The Age. They need to make bold changes and they need to make it soon, otherwise the consequences could be dire.

“Mental health exists – it’s not not a thing. Transition is a thing. Retirement exists. We know what goes wrong when we don’t support the players,” she says. “Let’s put something in place now – it might not work, but we need to be making bold moves.” 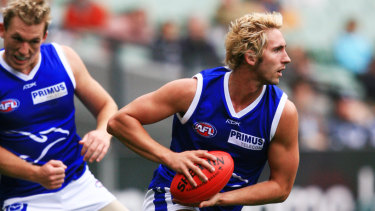 The leagues and players’ associations are well aware of the challenges facing retired players. They’ve implemented programs and strategies to help with the transition, and the door is generally open for players to connect to the club’s, or league’s, wide business network.

"The AFL education programs are often too general and aren’t meaningful enough to assist in post-football transition," he says. "More focus should be put into analysing a player's off-field attributes and providing specialised training programs."

John Didulica, chief executive of Professional Footballers Australia, the union for soccer players, said they had designed a program to support the athletes during their professional career and beyond, including in CV preparation, work placements and education funding.

“There is a collective responsibility on all those within sport to support the holistic development of the athletes, many of whom are driven from a young age to see their self-worth wrapped up in their sporting career," Mr Didulica said.

“Through the PFA Player Development Program, the PFA provides the necessary infrastructure and support required to allow players to thrive during their careers as well as through periods of transition."

The AFL and NRL were contacted for comment. Football Federation Australia referred questions to the PFA.