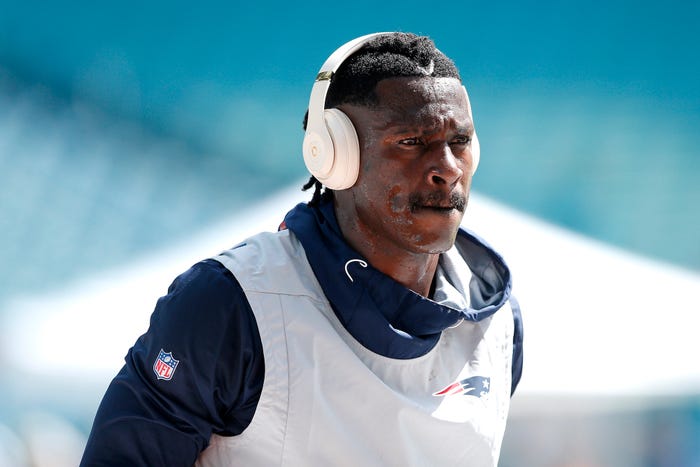 Antonio Brown says Tom Brady is helping bring out of the best of him in Tampa Bay.

Brown was let go by the New England Patriots in September 2019 after being accused of rape by his former trainer and of sexual misconduct by another woman.

The 32-year-old wide receiver, who denies the allegations, has not played in the NFL since, however joined the Buccaneers on a one-year deal in late October, once again linking up with Brady.

Since the move, Brown has been living with Brady at the house he is renting in Tampa.

"Tom is my boy," Brown said speaking as a Bucs player for the first time on Wednesday.

"He's always getting better day in and day out and I've just learned a lot from him, how he trains, how he takes care of himself professionally, his discipline, his work ethic, his approach.

"He's been a great guy in my corner and one of my close friends."

"I think there's a lot of similarities in our work ethic, being guys who [were] supposed to be underachievers, guys who were never supposed to make it.

"Sixth-round, late bloomers, guys who develop chips. Just wanting to be the best, yearn for being the best, always growing and getting better. Obviously, he's the greatest quarterback in the world, so I'm just grateful to be here, to be his teammate to be in the huddle with him [and] to be a part of the process here in Tampa Bay."

Brady, who joined the Bucs in March, said earlier in the week that he was happy to be taking Brown under his wing.

"Antonio is a good friend of mine and, again, we've gotten to know each other pretty well over the years," Brady told Jim Gray of Westwood One on Monday.

"He's just getting settled and I know he's looking for places, but it's just nice to be able to have him around. And we're getting to work and he likes to be integrated into what we're doing, big transition for him moving across the state really not knowing anyone.

"So, you know, again, just trying to be a great teammate and help someone out who's a friend of mine."

Brown is expected to make his Bucs debut against the New Orleans Saints on Sunday.