Join us for live coverage as Andy Ruiz Jr and Anthony Joshua weigh-in ahead of their eagerly anticipated world heavyweight title rematch.

Joshua will earn in excess of £60million – more than double his previous highest purse – for his rematch with Ruiz Jr in Riyadh on Saturday night.

Many believe one of the key reasons for his shock defeat last time around was his weight – so will he have trimmed down for the rematch? Watch the live video above and follow reaction with our live blog below.

Sharing the full story, not just the headlines 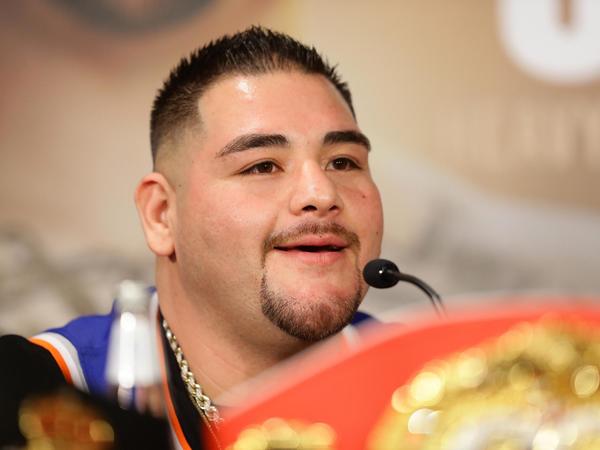 Anthony Joshua has defended his controversial decision to fight in Saudi Arabia and denied suggestions that the move will tarnish his legacy.

Joshua will earn in excess of £60million – more than double his previous highest purse – for his world heavyweight title rematch with Andy Ruiz Jr in Riyadh on Saturday night.

The promotion has been criticised in light of the Kingdom’s human rights violations, including the assassination of journalist Jamal Khashoggi in the Saudi Embassy in Istanbul in October 2018.

In an interview with the BBC, Joshua said that as a heavyweight contender it was his duty to expand the sport into new markets, just as the likes of Muhammad Ali and George Foreman had done before.

The famous ‘Rumble in the Jungle’ in Kinshasa in 1974 was staged in a stadium containing torture cells, and in which opponents of the ruling Mobutu regime had been routinely lined up and shot.

Joshua said: “I just came here for the boxing opportunity. I feel like taking boxing global is what a world champion or challenger should be doing. You fight around the world.

“I try and bring positivity and light where ever I go. I just feel I’ve got a fight to focus on – for the future maybe I can bear a different kind of flag, but at the minute it’s the world championship flag I’m trying to bear.”

In a statement earlier this week, Amnesty international called on Joshua to educate himself about the issues in the Kingdom, which executed 149 people last year – many of them publicly – ranking third behind only China and Iran.

Joshua’s promoter Eddie Hearn also launched an impassioned defence of the move, suggesting it would have been a dereliction of his duty to overlook the enormous sums of money being offered to his fighter.

“My only focus is on the boxing,” added Joshua.

“It’s just me coming from Watford and being told I’m fighting in Saudi Arabia. It’s like, ‘all right, let’s rock and roll’. We looked at different venues, but this was the one.”